Accessibility links
Fossil Fans Get Their Dino-Fix Before Smithsonian Renovates The Museum of Natural History in Washington, D.C., got its new T. rex just in time to close its fossil hall for five years of renovations — longer than some dinosaur fans have even been alive. 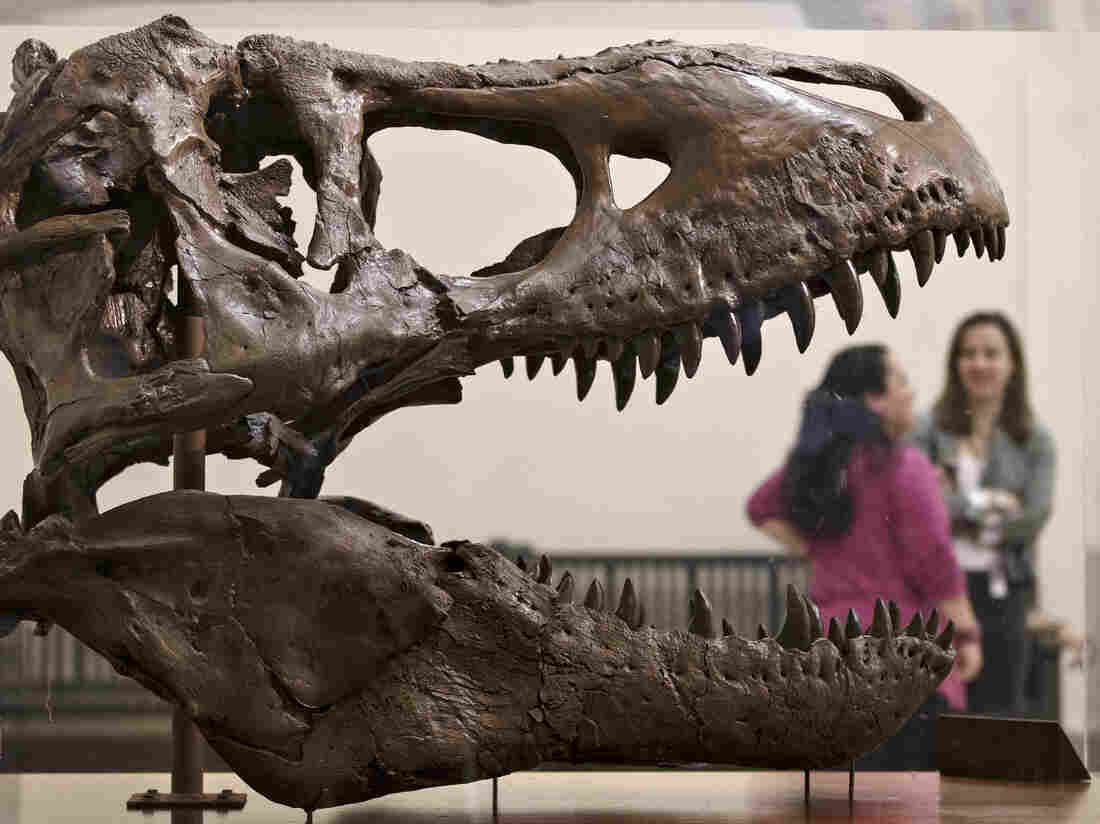 A cast of a Tyrannosaurus rex skull greets visitors as they enter the Smithsonian Museum of Natural History in Washington. J. Scott Applewhite/AP hide caption 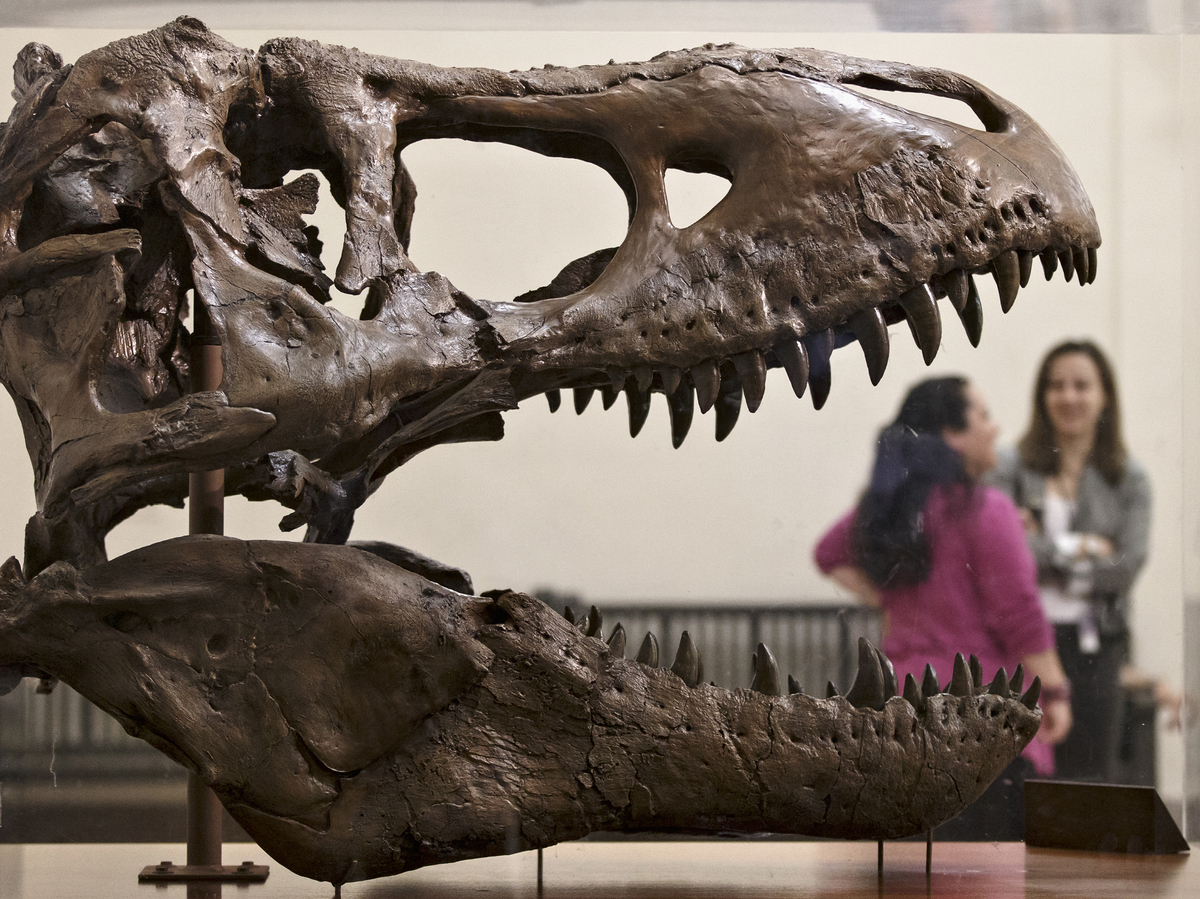 A cast of a Tyrannosaurus rex skull greets visitors as they enter the Smithsonian Museum of Natural History in Washington.

Huge lines of people, kids in tow, are waiting to get into the Smithsonian's National Museum of Natural History, the world's second-most visited museum.

Right inside the lobby, a cast of the skull of the new Tyrannosaurus rex the museum just acquired is stopping visitors dead in their tracks.

"We wanted to get up here before the exhibit for the dinosaurs closed," says Crystal Epley, who took a three-hour trip from Broadway, Va., to bring her son, John.

Fossil fans like the Epleys are flocking to get a final glimpse of the popular dinosaur and fossil hall before it closes on Monday for five years of renovations.

Epley wonders where her son will get his dinosaur fix in the meantime. "He's 5, so we made sure to come," she says. "He may not be interested in dinosaurs by the time it re-opens."

A T. Rex Treks To Washington For A Shot At Fame

The dinosaur hall is so packed you can hardly move for the strollers, picture-takers and fossil-philes. Five-year-old Jack Prodromo is clear about what he thinks about the extinct carnivore made popular by movies like Jurassic Park and Night at the Museum.

Jack's mom, Karen, visiting from San Francisco, can't believe the exhibit will be closed for five whole years. "What are they gonna do with all the dinosaurs?" she asks.

Matthew Carrano, curator of dinosauria at the museum, knows the answer. "Every single dinosaur in the hall has got to get dismantled," he says.

That means more than 2,000 specimens. All have to be carefully taken apart, cleaned and remounted — including huge skeletons like the diplodocus.

"We've got to decide what it's going to look like," Carrano says. "We've got to put it back together again and re-install it."

The dinosaurs will be mounted differently: As Carrano says, experts have learned much about the way the reptiles lived in the decades since the fossils were first put on display.

"In the older days, they were often there almost like trophies, so they're often just standing," he explains. "We want them to be capturing a moment from when they were alive. I think the philosophy is quite different."

The museum's new T. rex, one of the largest and most complete skeletons ever discovered, will be the centerpiece of the new hall, set to open in 2019.

"And we will have triceratops, and we will have the world of the last dinosaurs before the asteroid hit, so there's drama," Behrensmeyer says. "There's a lot of things you can learn."

Also, there's a "rex room" open through October where people can watch staff unpack and do 3-D scans of the 66 million-year-old bones of the new T. rex. In May, an augmented-reality dinosaur exhibition will allow visitors to virtually interact with dinosaurs.

But for dino-fans like Ivana Lawrence and her 4-year-old son, Dominic, it's just not going to be the same.

"We're here pretty much once every other week, I would say," Lawrence says. "I don't know how I'm going to explain it to him, honestly."