Accessibility links
Astronaut Twins To Separate For The Sake Of Space Travel Before NASA can send a manned mission to Mars, it needs to know more about how extended time in space affects the human body. Mark and Scott Kelly are the perfect subjects for such an experiment. 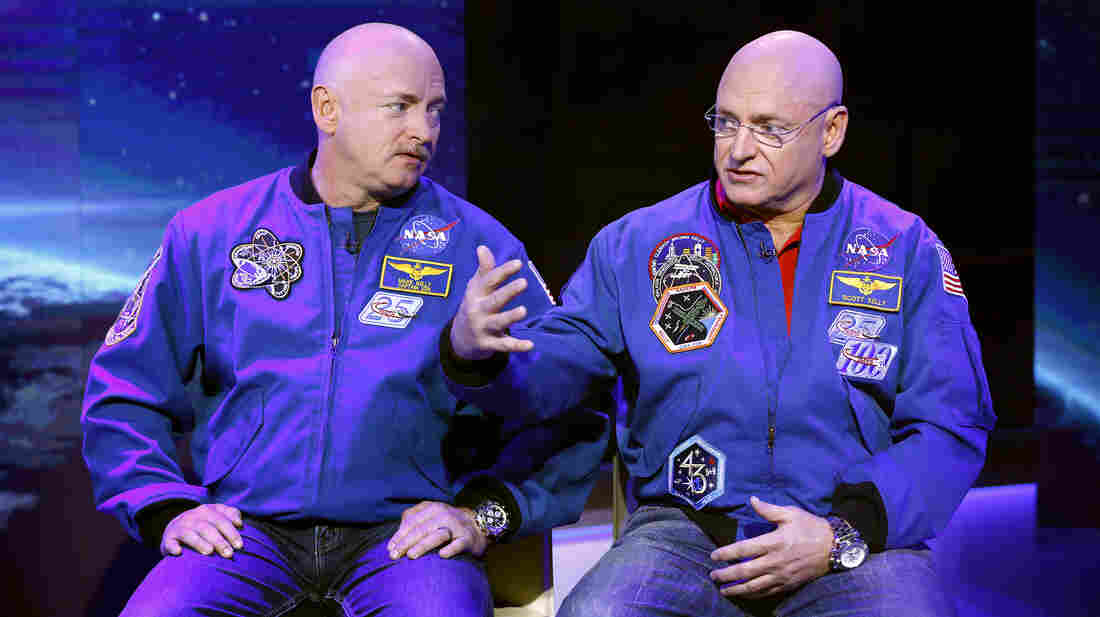 Mark Kelly (left) will stay on Earth while his brother, Scott Kelly, spends a year on the International Space Station. NASA will test how the environments affect them differently. NBC NewsWire/NBCU Photo Bank via Getty Images hide caption 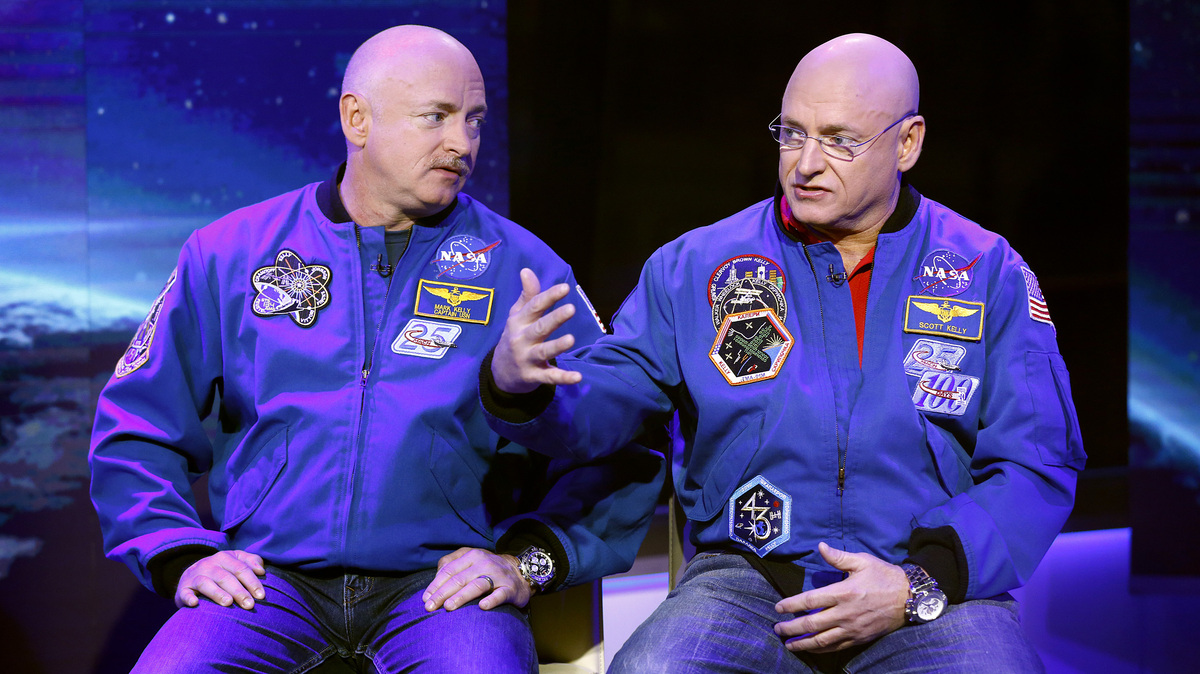 Mark Kelly (left) will stay on Earth while his brother, Scott Kelly, spends a year on the International Space Station. NASA will test how the environments affect them differently.

This month, NASA revealed new details of the plan to send humans to Mars by 2030. It's an elaborate and expensive mission, involving a giant deep-space rocket, and roping an asteroid into the moon's orbit to use as a stepping stone to Mars.

But there are still some serious questions about a manned expedition to Mars. Namely, is it safe? That's where astronauts Scott and Mark Kelly come in. The Kelly brothers are identical twins, and the only siblings ever to both fly in space.

Starting next March, Scott Kelly will spend a year at the International Space Station. While he's up there, he will be a part of some novel scientific experiments comparing his health to his brother's down on Earth.

The idea is to learn about the effects of long-term space travel on the human body, which will influence how NASA proceeds with the Mars mission and other space travel initiatives.

The twins are ideal candidates for studying how these extended trips can affect genetics.

"It was kind of ironic or interesting — maybe serendipitous — that after this flight I will have flown about 540 days compared to [Mark's] 54, so an order of magnitude more," Scott tells NPR's Eric Westervelt.

It's known that being in space can affect bone and muscle mass, and the exposure to radiation can increase the risk of cancer. The astronauts hope this experiment will also shed light on how space travel affects the immune system. In one test, NASA says, both brothers will be given a flu vaccine to see how their systems react.

While there are a number of possible health issues associated with being in space, Scott will also be exercising a lot while he's up there (and that might encourage Mark, who is now retired, to run an extra mile or two in the meantime).

The details of the experiments haven't been finalized yet, but they will likely include drawing blood, ultrasounds, CT scans and urine samples.

"The kids usually get a little laugh out of Dad's pee being in the refrigerator," Mark says.

After 15 years of being a NASA astronaut, he says, "I've had a lot of science done on me already, so I kind of know what I'm getting myself into."