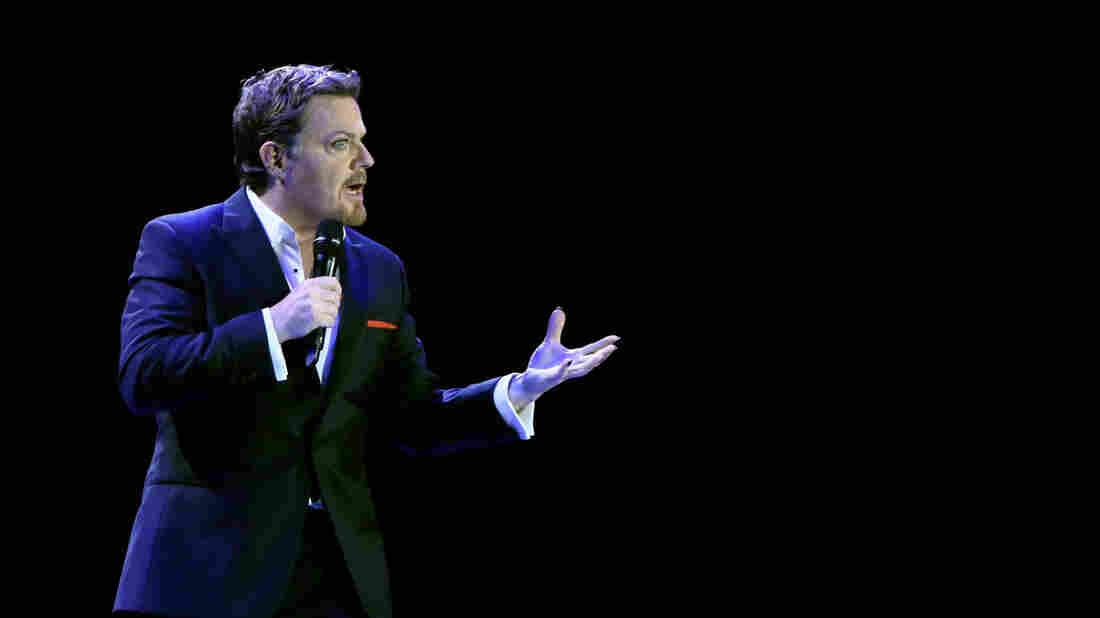 Eddie Izzard is famous for performing in drag — and in French — though he's given up the drag in recent shows. His latest American tour kicks off this week. Andy Hollingsworth Archive hide caption 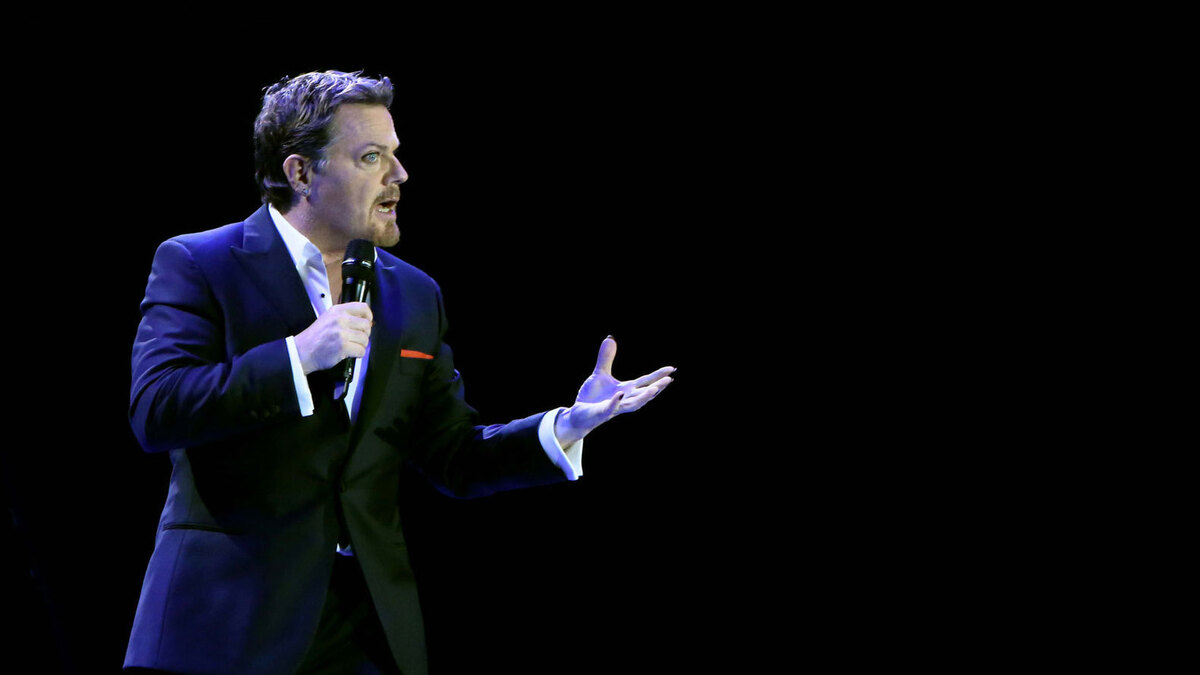 Eddie Izzard is famous for performing in drag — and in French — though he's given up the drag in recent shows. His latest American tour kicks off this week.

British comedian Eddie Izzard has been thinking a lot about language (no surprise to anyone who's heard him riff on monkeys on branches, mice under tables, and cats on chairs).

And he's had a crazy idea: training himself in new languages — German, Spanish, Russian, Arabic — so when he's on the road, he can perform in his audience's native tongue. Though that won't be a challenge when he hits the road in America this week.

Izzard tells NPR's David Greene that he was 7 years old when he first knew he wanted to go onstage. "I was watching this other kid, and he was getting a lot of reaction and applause, and whatever he was doing he was doing right, and I thought, I have got to do that. I have analyzed this in my self-analysis way as my mother had died a year before, and I believe I swapped the affection or the reaction of the audience for what I'd lost from my mother."

Right at the back of it, there is this thing with my mother, which is not really tangible because I don't believe in a god — and if you're a certain type of person you can get a lot of column inches and a lot of heat going because you're a this-kind-of-looking person, or because you're smashing up hotel rooms and all this — and if you're not that kind of person you've got to do something that sort of grabs a bit of attention. So I'm now doing stand-up in France in French, doing stand-up in Germany in German, and I run marathons, and that slightly gets a bit of a headline, but also does some positive things in there — the marathons raise money, the stand-up in different languages builds bridges, I think.

On leaving drag behind in recent performances

I'm just tactical — if I'm trying to get roles, producers have got to imagine me in these roles, so if I'm constantly wearing makeup, that wouldn't work. And also, there's a big slice of boy genetics, plus the extra girly genetics. It's nothing to do with the comedy — my comedy is my comedy, my drama is my drama, happen to be a transvestite — happen to be a straight transvestite. I want it to get boring.

On wanting drag to become boring

If you think about it, gay and lesbian has now got more boring than it was in the '50s, and ever in history before that. So if you come in and say, "I am a plumber, I happen to be gay," you go, OK, well, you any good at plumbing? "Yeah, I'm pretty good at plumbing." Fine, I don't really care if you're gay or straight or whatever, the plumbing thing is the main thing I hired you for. And that's what it's got to get to, you know?

You can see Izzard performing part of his act in French here — though we warn you, it includes moderately offensive language and misbehaving monkeys.