Accessibility links
How Craig Ferguson Unmade The Late-Night Talk Show Craig Ferguson has announced that he's leaving his late-night talk show later this year. It raises the question: Did he ever really have one, by our usual definitions? 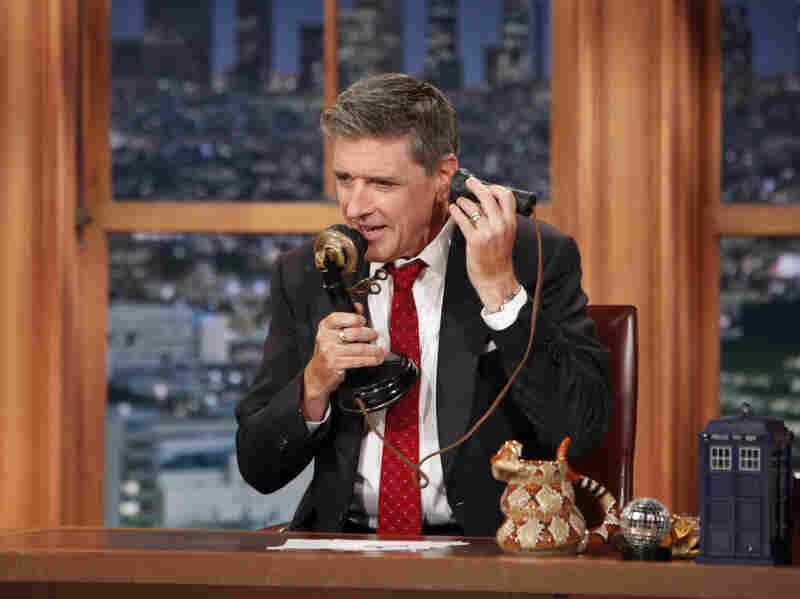 Craig Ferguson set a very individual course for himself in a field with a lot of standard elements. Now, as David Letterman moves on from CBS late night, Ferguson does too. Lisette M. Azar/CBS hide caption 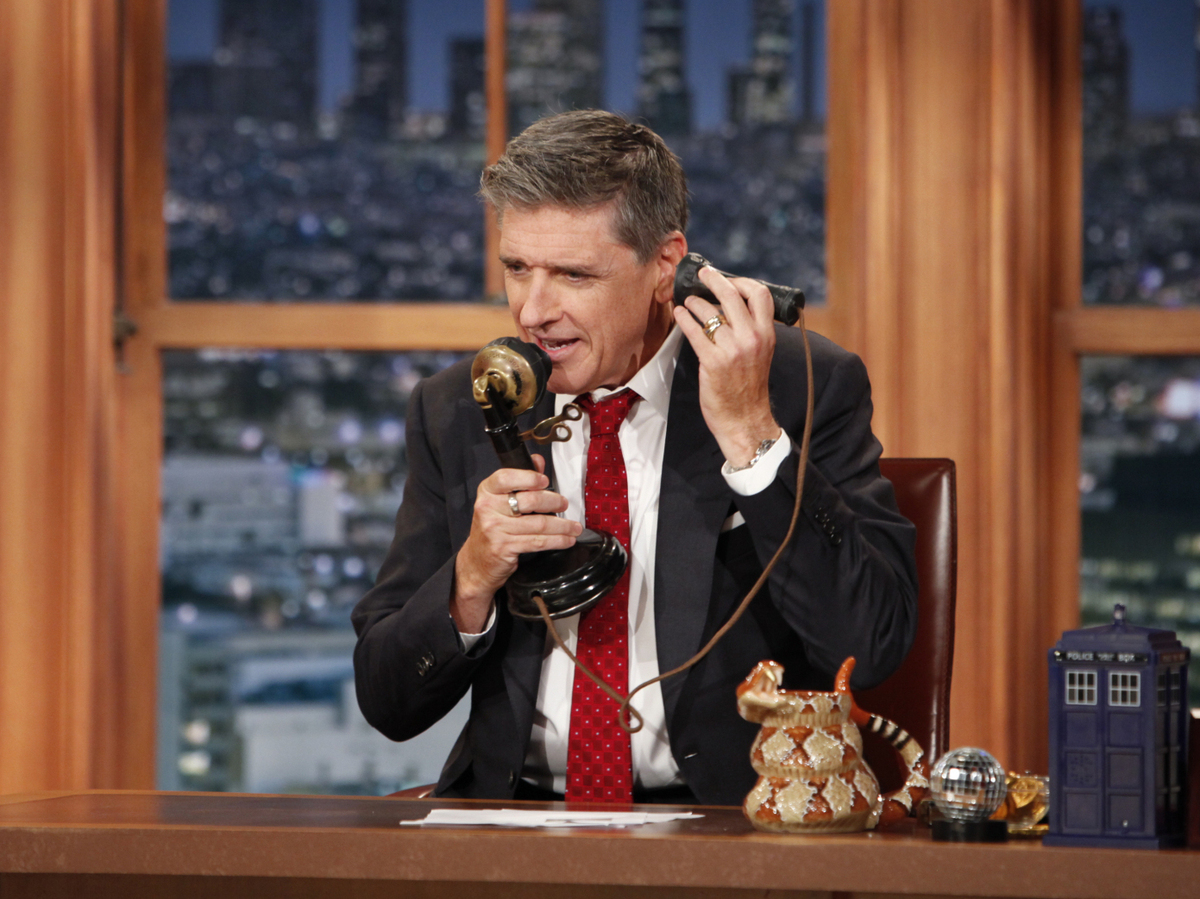 Craig Ferguson set a very individual course for himself in a field with a lot of standard elements. Now, as David Letterman moves on from CBS late night, Ferguson does too.

As has become the recent custom over at CBS, when Craig Ferguson decided to announce his departure from The Late Late Show on Monday, he had a self-deprecating joke ready.

"Thanks everybody! That was quite convincing!" he said, as the audience groaned at news he would leave the network's 12:35 a.m. show in December. "I'll go and do something else. Probably, I'm thinking, carpentry."

Some fans might assume Ferguson is leaving because CBS hired someone else to take the top job in the network's late night universe, handing Comedy Central's Stephen Colbert the hosting gig on the 11:35 p.m. Late Show when host David Letterman announced his retirement weeks ago.

But the Scottish-born comic told Variety that he had planned to leave his show long before Letterman shocked the showbiz world by unexpectedly announcing his retirement April 3. Once that happened, Ferguson had to keep his mouth shut while the world reacted to Letterman and CBS announced Colbert as his successor.

I believe Ferguson, because when I visited his show for a feature story in 2007, he told me he couldn't see sticking with the program past his then-six-year contract. "I just don't know if I like being that visible," he said, musing a bit about a post-Late Show life spent writing standup bits and books from a seaside bungalow in Florida. "I don't know if I would want to ramp that up any more, you know. And people here find that, I think, quite difficult to (understand)."

If what Ferguson says is true, then the network surely has a succession plan in mind for him as well. And given how quickly they moved on announcing the Colbert hire, it might not be long before we're talking about how the next guy (or gal, hopefully) is going to help reinvent late night TV on the network of NCIS and CSI.

Basically, Ferguson busted up the rigid formula of late night TV wherever he could, producing a show that could split sides one moment and leave you wondering if you stumbled on a celebrity-studded acid trip in the next.

Some of the stuff is obvious. Early in his tenure, Ferguson jettisoned a mostly-planned monologue for a stream-of-consciousness way of speaking to the camera that was more genuine and more funny. Sometimes the program would begin in a "cold open" with a puppet rabbit interrogating an audience member; other times, he spoke openly about the life and death of his father or explained why, as a recovering alcoholic, he would pass on poking fun at the debilitating meltdowns of Britney Spears.

He never had a backing band – in part, early on, it was likely a money thing. But even after CBS upgraded his studio, Ferguson avoided the bandleader sidekick and live music, instead trading banter with a skeletal robot and with two people in horse's costume. Really.

As interviews began with guests, Ferguson would symbolically rip up his blue note cards as a way of signifying that what was coming wasn't really planned. Sometimes, that brought a lot of empty riffing with a celebrity who just couldn't keep up. But sometimes, you got this (warning: parts of this are a little NSFW).

Ferguson took over The Late Late Show in 2005 from Craig Kilborn, himself a refugee from Comedy Central's Daily Show. CBS actually tried a succession of guest hosts in the job after Kilborn failed, and Ferguson was the unlikely-yet-compelling permanent choice.

Where Kilborn was smug and overly scripted, Ferguson was genuine and spontaneous (Kilborn has the dubious distinction of hosting two shows which were turned into creative successes after he left them). And when Ferguson occasionally got serious – in talking about race relations or staying sober or dealing with death – it was because he was interested in whatever he was talking about in that moment.

This was a show created by a star who chafed at all the typical conventions of a late-night talk show. The result was an unpredictable program which was often funny, sometimes amazing and occasionally just strange and not quite complete.

Small wonder that more traditional shows hosted by Jimmy Fallon and Seth Meyers beat The Late Late Show in ratings. And it's also no surprise that Ferguson might get tired of re-inventing the form every night and just move on (he already has his next TV gig lined up: hosting his syndicated game show Celebrity Name Game).

Beyond hoping they don't hire yet another white male, I'm crossing my fingers that CBS succeeds Ferguson with someone just as willing to blow up conventional ideas of what a late night talk show can and should be.

As legacies go, that might be the best one yet, especially for a host who often called himself "TV's Craig Ferguson" – an offhand description that seemed equal parts ironic jab and grudging admission of his circumstance.

And as final tribute, please enjoy 13 minutes of Ferguson-centered craziness, courtesy of YouTube.