Accessibility links
At 90, 'Fiddler' Lyricist Tells His Story "Any successful lyricist has to be part playwright and has to be able to put himself into the minds and the hearts and the souls of the characters," Sheldon Harnick tells Fresh Air's Terry Gross. 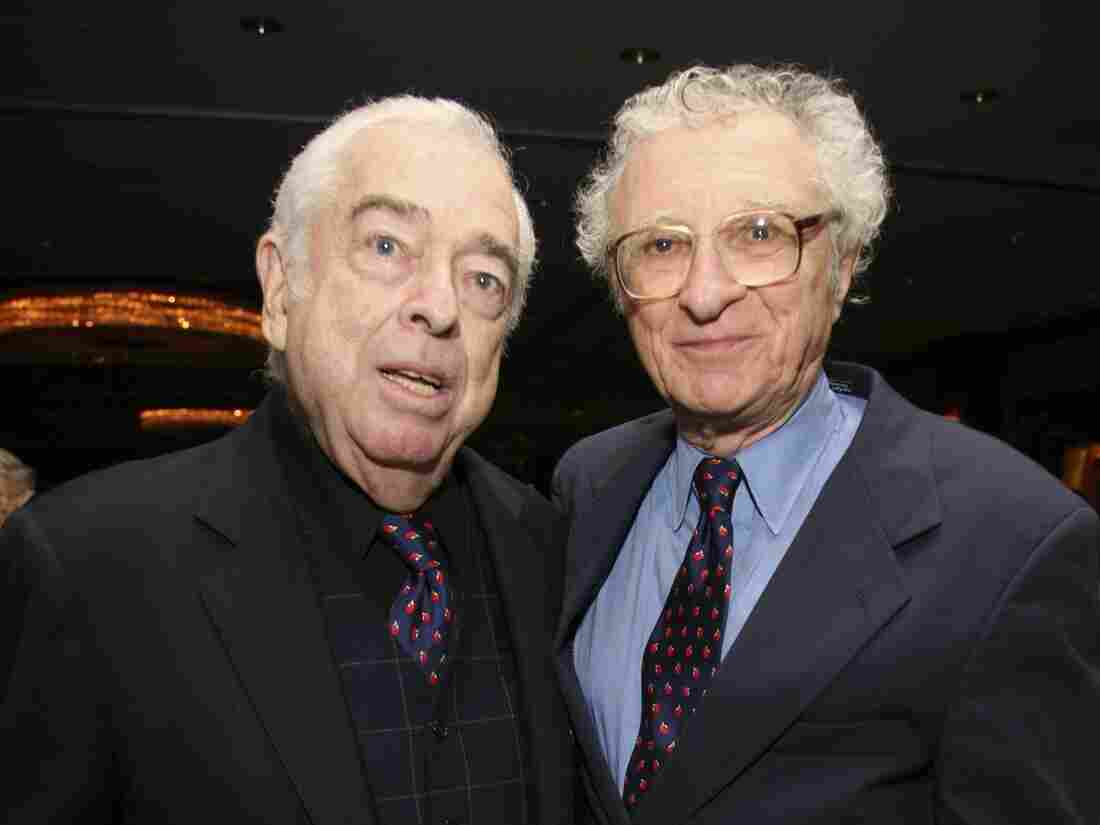 Sheldon Harnick (right) with the late Jerry Bock, his long-time musical collaborator. Together they worked on musicals like Fiddler on the Roof and Fiorello! Astrid Stawiarz/Getty Images hide caption 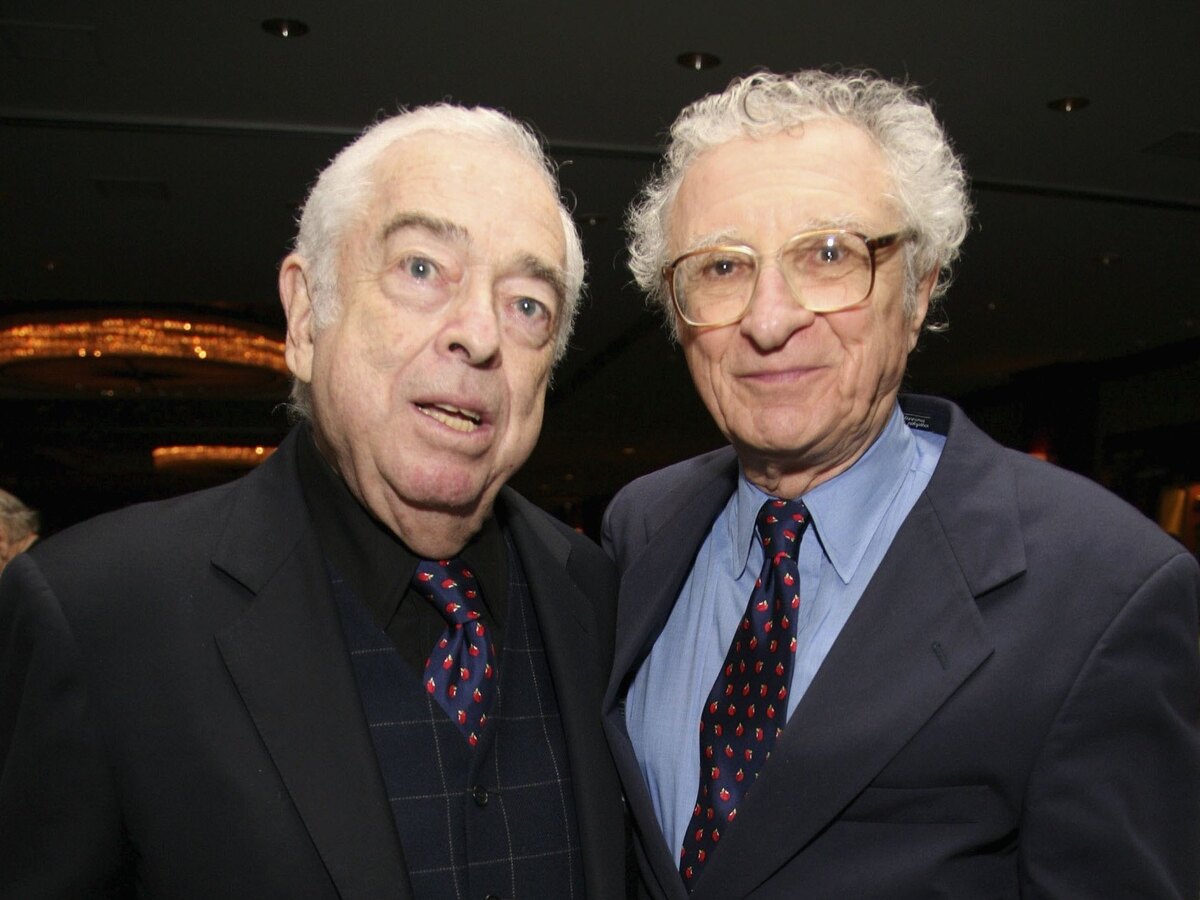 Sheldon Harnick (right) with the late Jerry Bock, his long-time musical collaborator. Together they worked on musicals like Fiddler on the Roof and Fiorello!

This year marks the 50th anniversary of Fiddler on the Roof's Broadway premiere. Lyricist Sheldon Harnick co-wrote the songs for Fiddler, as well as Fiorello!, She Loves Me and Tenderloin. Just in time for his 90th birthday, Harnick has released a new album, Sheldon Harnick: Hidden Treasures (1949-2013), a collection that includes Harnick singing demos of his own popular songs, rarities from early in his career, and pieces cut from Broadway shows. Many of the recordings are from his private collection.

"Any successful lyricist has to be part playwright and has to be able to put himself into the minds and the hearts and the souls of the characters he's writing about," he tells Fresh Air's Terry Gross. "That's part of a theater lyricist's talent." 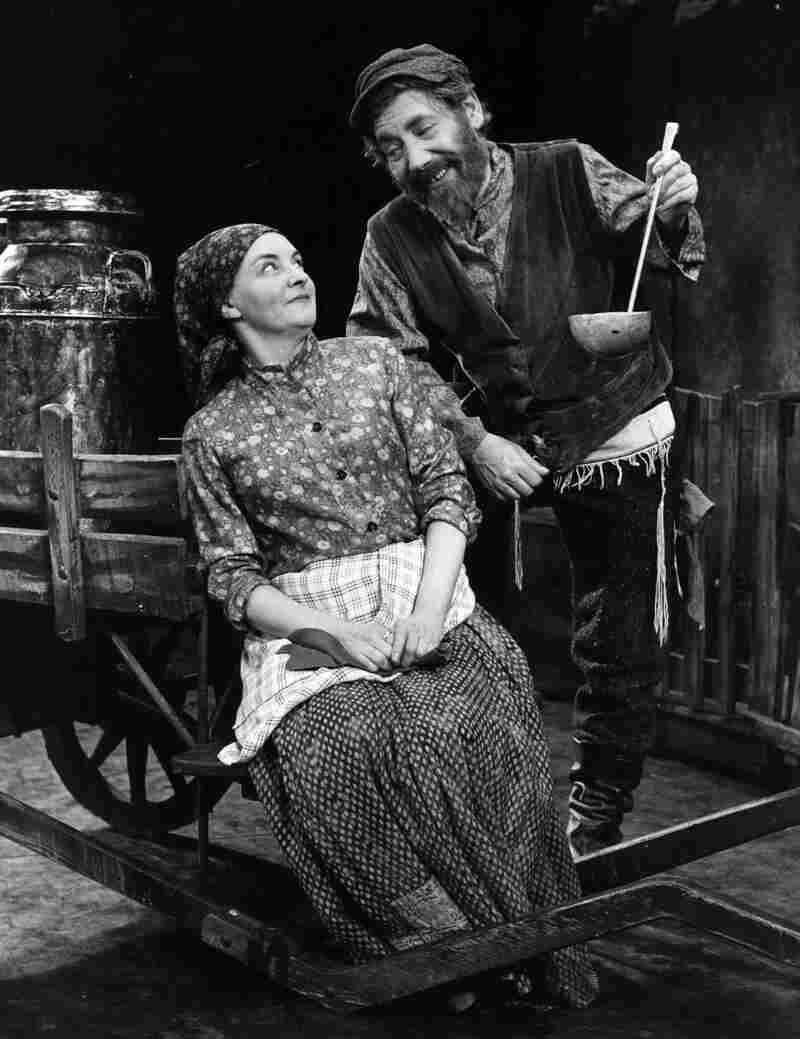 Alfie Bass as Tevye and Avis Bunnage as Golda during rehearsals for Fiddler on the Roof at Her Majesty's Theatre, London, in 1968. Central Press/Getty Images hide caption 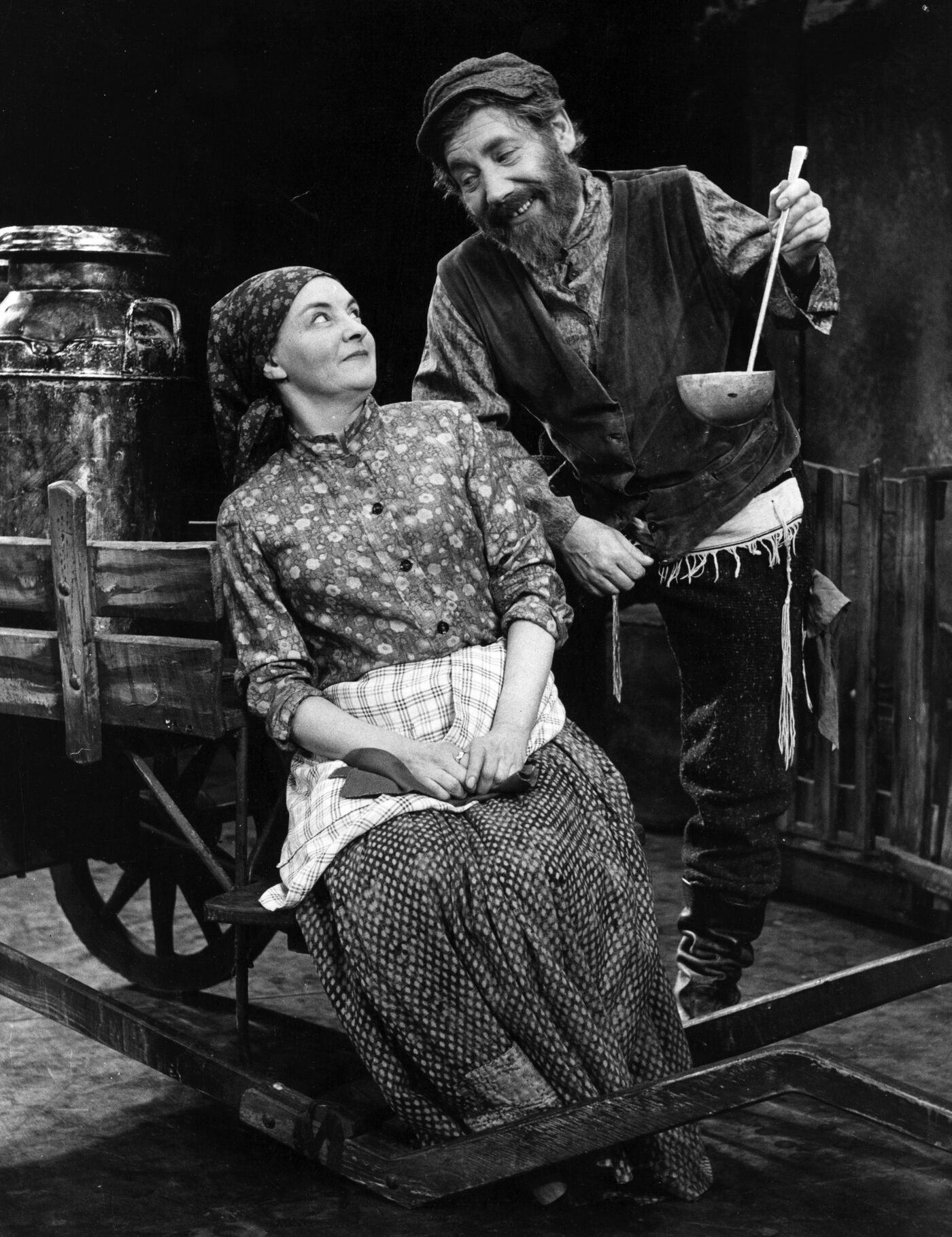 Alfie Bass as Tevye and Avis Bunnage as Golda during rehearsals for Fiddler on the Roof at Her Majesty's Theatre, London, in 1968.

On how he began to write songs

"There were 90 days when I found myself in a special service unit, so I began to write songs. On Monday nights, we'd have performances with guitar players, accordion players, and I would sing songs about my Army experience and began to realize the audience thoroughly understood what I was saying. And they responded enthusiastically.

"When I got out of the Army, I went to Northwestern University, because I knew they had a wonderful annual student revue. And that's where I began to write Broadway-type songs. Little by little, I got familiar with theater songs, and while I was at Northwestern I was introduced to the album of Finian's Rainbow. And that really turned me around, because I heard Yip Harburg's lyrics and I thought, 'That's what I want to try to do.' "

On his writing process with his musical partner, Jerry Bock

"It was very stimulating. When I met Jerry [Bock], we developed a method of working that I've never worked with with anybody else. Once we knew what the source material was, we would go into our respective studios and start developing musical numbers. When he had a number worked out to his own satisfaction, he would record it, and eventually he would send me a tape with anywhere from eight to 12 or 15 numbers on it, each one would start where he would say, 'This I think is for the butcher,' 'I think this song is for this situation.' So I would listen to those, and it was very exciting. It was my own world premiere, and on any given tape there might only be two or three musical numbers that I thought I could use. But the best of them were extremely exciting; I couldn't wait to put lyrics to them. I never thought about the problem of setting lyrics to music as opposed to writing lyrics first."

On writing a song for a musical that eventually gets cut

"During the first show that Jerry and I did, The Body Beautiful — when songs were cut, that was difficult and maybe not heartbreaking, but it was frustrating and very sad. But by the time we did Fiddler [on the Roof], I had learned that the name of the game is rewriting — that when a song does not work or is not right, you have to replace it. So by the time we did Fiddler, when songs were thrown out I thought, 'Yeah, that's a nice song. We can't use it.' But the problem was to write something that really was right for the show, that would make the show better, make the show more successful. So I can't say that I was that unhappy when a song was cut."

"When Jerome Robbins became our director, he told us this story. He said when he was 6, his parents took him to that part of Poland where their ancestors came from, and even at the age of 6 he remembers it being a very emotional experience. Then, during World War II, as he read about the extermination of these little villages by the Nazis, he was certain that the village that he had visited when he was 6 was one of those villages that had been obliterated. So when we gave him the opportunity to direct Fiddler, he said, 'I want to put that culture back on stage. I want to give it a theatrical life of another 25 years.' He was being modest, because now it's almost 50 years and it's still going strong. But he was a man obsessed with restoring that culture. He did enormous research. I think [Robbins], more than anyone else, is responsible for the success that Fiddler's had."