Accessibility links
Bob Hoskins: A Specialist In Tough Guys With Soft Hearts British actor Bob Hoskins has died at the age of 71, after a bout with pneumonia. The skilled character actor starred in Who Framed Roger Rabbit and received an Oscar nomination for Mona Lisa. 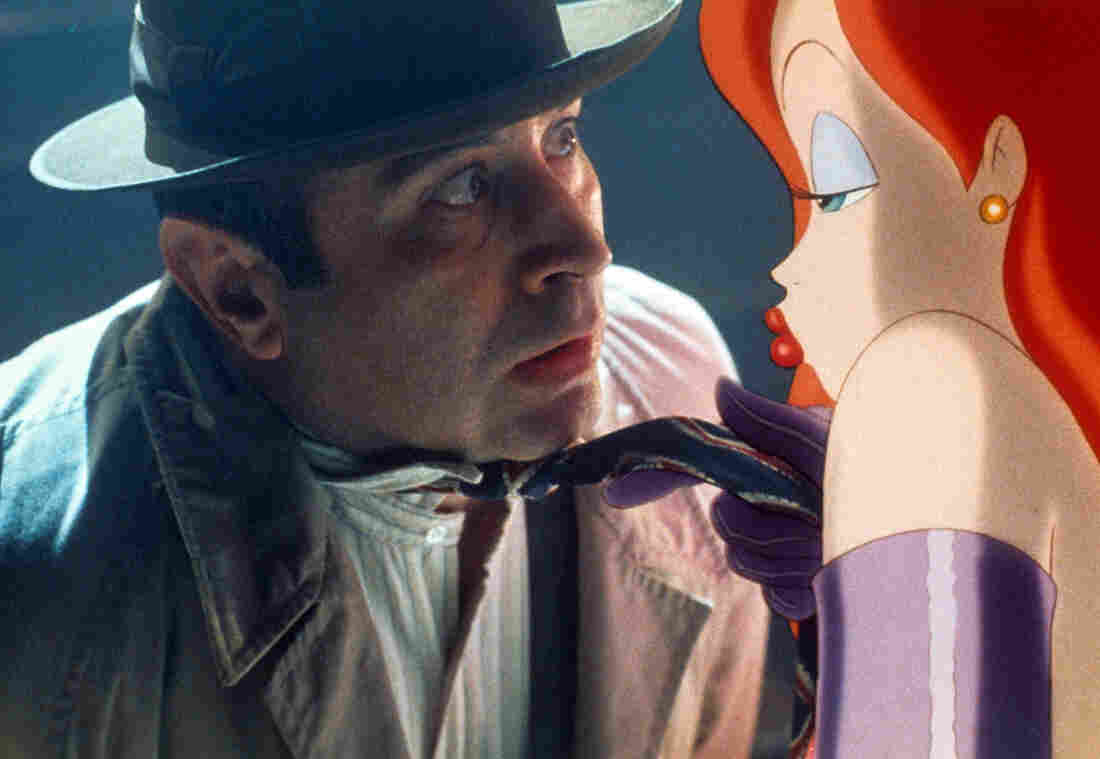 Hoskins in one of his most memorable roles, detective Eddie Valiant in Who Framed Roger Rabbit. Buena Vista/Getty Images hide caption 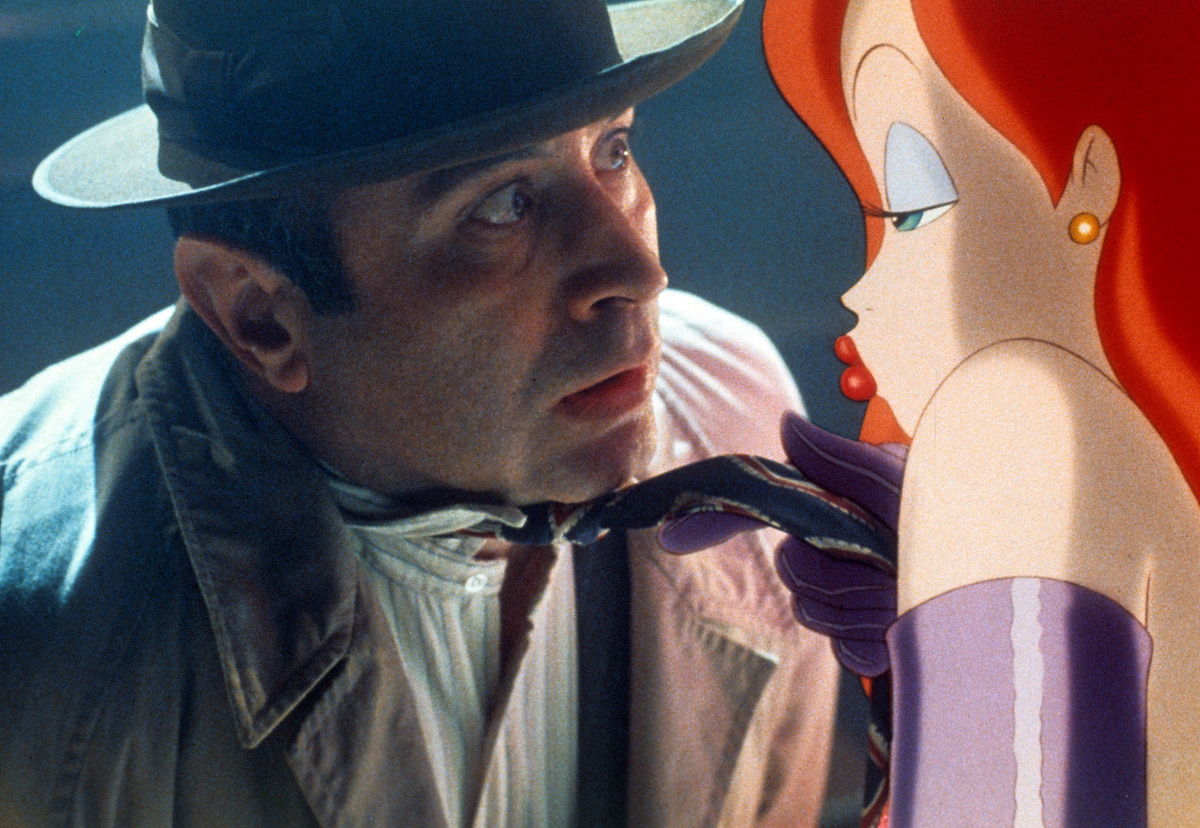 Hoskins in one of his most memorable roles, detective Eddie Valiant in Who Framed Roger Rabbit.

British actor Bob Hoskins died last night of pneumonia at 71. He'll certainly be remembered for starring with cartoon characters in Who Framed Roger Rabbit — but that was just one of many films in which he played tough guys with soft hearts.

Short, stocky, dyslexic, balding, and with a cockney accent thick enough to spread on toast, Hoskins was hardly conventional leading man material. But he sure got to play opposite some gorgeous co-stars — Kathleen Turner's Jessica Rabbit, of course, but also Cher in Mermaids and Michelle Pfeiffer in Sweet Liberty; and in Mona Lisa, Cecily Tyson's daughter Cathy played the call girl he chauffeured for, fell in love with and wanted to protect.

Hoskins played a mostly passive character in Mona Lisa — not his usual thing, which may be why the role got him his only Oscar nomination. His usual thing was more blustery — from real-life figures like J. Edgar Hoover, Winston Churchill, Benito Mussolini and Nikita Khrushchev to gangsters and detectives, like the one who had to hold his own opposite an animated rabbit. 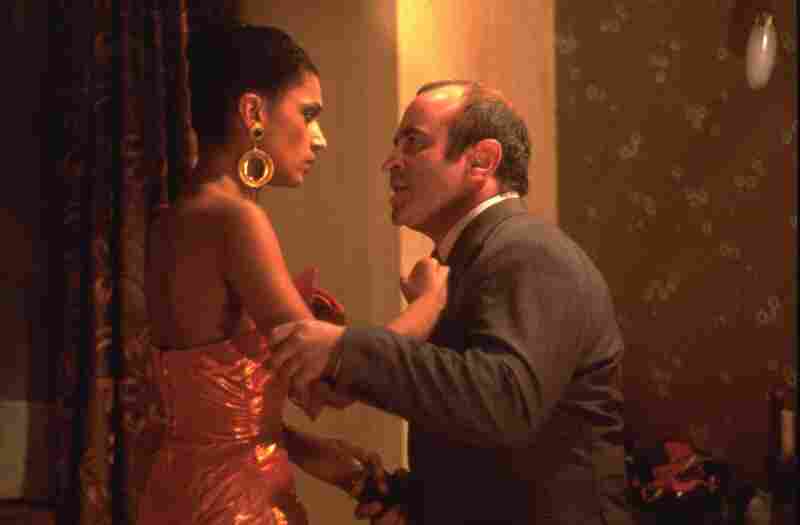 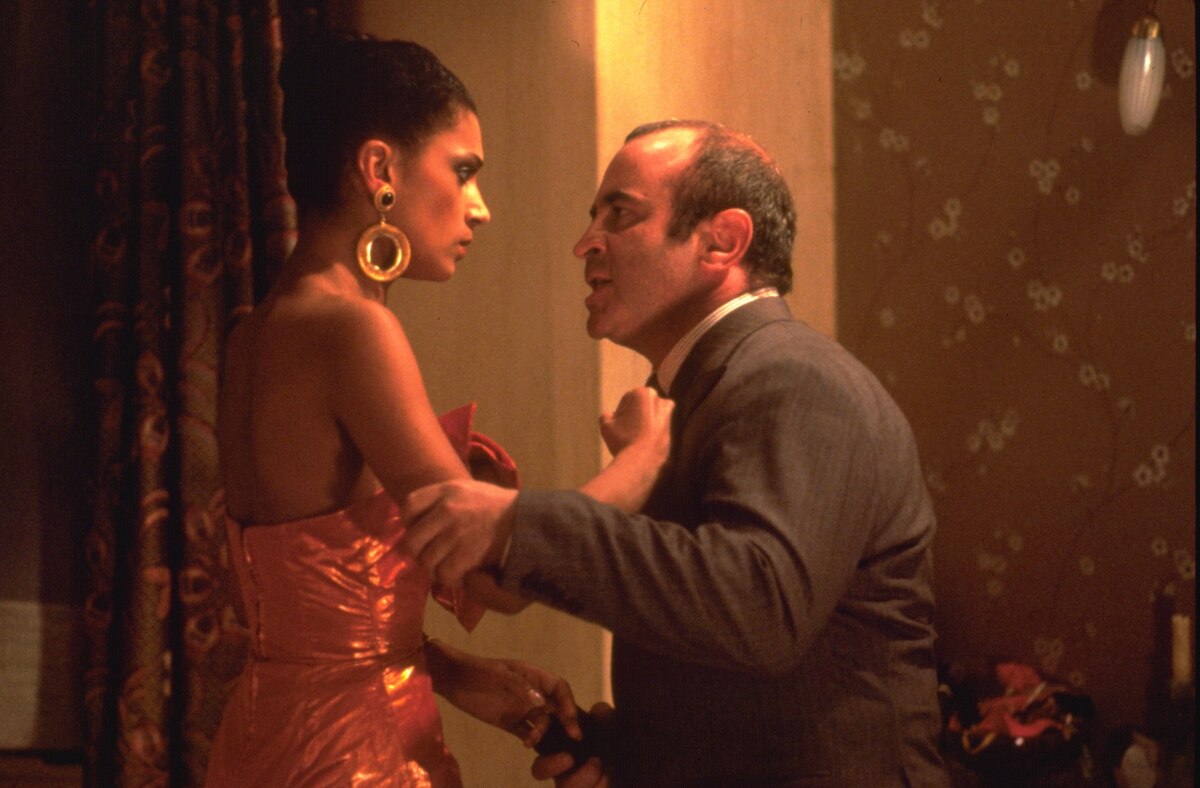 Hoskins was hired for Who Framed Roger Rabbit because the filmmakers knew that he'd keep the story grounded, something the actor told interviewers he did in a decidedly ungrounded way — basically learning to "hallucinate" his costars.

Hoskins got his first acting gig, at 26, by accident: He went with a friend to an audition. just to keep him company, got a script shoved into his hand by someone who said "you're next," and decided to give it a shot. He ended up getting the lead, with his friend as his understudy. At which point he also started getting terrible advice, as he told WHYY's Fresh Air.

"When I started," Hoskins said, "they said, you know, you've got to take elocution lessons, deportment classes, you gotta learn to fence. Wait a minute, hang on: I'm going to learn to talk like I don't, be like I'm not, walk like I don't — where am I in the middle of this? And so I didn't take any lessons at all."

Which didn't keep him from getting parts, at first onstage, and then on TV, including his big break as a frustrated sheet-music salesman in Pennies from Heaven — a frustrated but imaginative salesman, whose frustrations keep erupting into song

Hoskins' big-screen career didn't take off until casting directors decided he was a sort of British Edward G. Robinson — as the gangster in The Long Good Friday, for instance, who made the mistake of ticking off the American Mafia.

After that, he alternated between big Hollywood movies and — more and more — smaller independent films. He announced his retirement two years ago, and also his diagnosis with Parkinson's. But by then, the performance career that began as a fluke had seen Bob Hoskins growl and bluster his way through more than 100 roles onscreen — indelibly, pretty much every time.