Accessibility links
From A Single Snowplow To A Tragicomic Partnership The new film Whitewash finds Thomas Haden Church playing a man whose unfortunate accident with his snowplow reveals an entire off-kilter relationship.

From A Single Snowplow To A Tragicomic Partnership

From A Single Snowplow To A Tragicomic Partnership 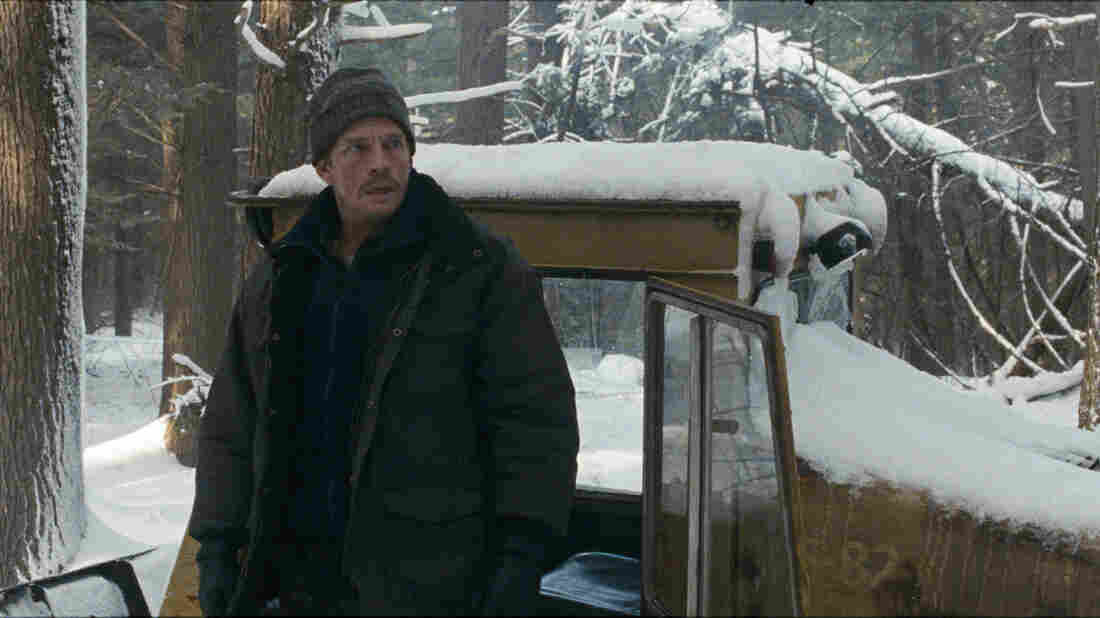 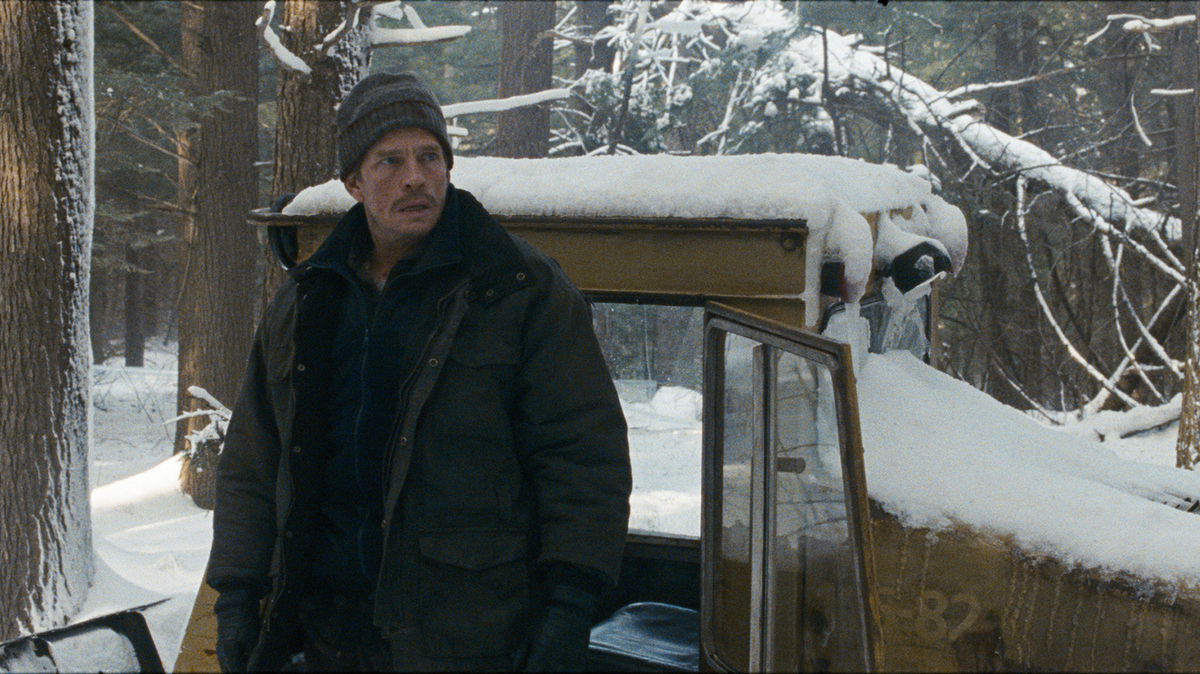 When Bruce (Thomas Haden Church) barrels over a man with his snowplow in the opening scene of Whitewash, it looks like an accident. Perhaps not a blameless one on Bruce's part if the half-empty bottle of liquor rolling around the floor of the vehicle is any indication, but an accident nonetheless. Besides, the victim was stopped in a dark portion of the street, out of the range of the few streetlights on the small-town road, all as a brutal snowstorm reduced visibility to nearly nil.

So just as shocking as the death that opens Emanuel Hoss-Desmarais' delightfully bizarre film is how Bruce reacts to it: With no second-guessing, he piles the man's corpse onto the snowplow, drives to the woods, and buries the man under several feet of snow. Then, in a clumsy attempt to escape from the law, he drives the plow full-speed into the woods, where it doesn't take long to crash it into a tree.

From there, Whitewash becomes a tale about Bruce's fight for survival. But if most stories about humans lost in the wilderness follow a paradigmatic man-versus-nature storyline, this one centers on the far less heroic battle between a drunken man and all common sense.

The reasons Bruce abandons the scene of his crime become clearer over the course of the film, but most of his other decisions — making a makeshift home out of his broken-down snowplow, attempting a foolishly haphazard raid on a nearby cottage — are difficult to grasp. That a haggard Haden Church plays Bruce completely straight only adds to the confusion; at moments, you wonder whether Whitewash is a sincere attempt to make a thriller gone desperately wrong.

With time, however, the film's unpredictable tone — at times sinister, at others plain comical — proves deliberate. And if it's going too far to say that Hoss-Desmarais keeps his film entirely under control (even at 90 minutes, there are lulls that could've been tightened up, particularly in an unfocused last quarter-hour), he does manage the difficult task of integrating darker elements into his script without undermining the humorous core that is the movie's most charming element.

After showing us Bruce crashing his plow and beginning his life in the wild, Whitewash shifts to a series of flashbacks to show us the events that led up to that opening scene. Bruce's victim, we discover, is Paul (Marc Labreche), a depressed gambler Bruce meets while saving him from a suicide attempt, who turns out to be a manipulative, deeply irritating person.

The two make for a miserable, unsympathetic pairing — Paul slightly more so because he is actively conniving, eager to scrape every bit of goodwill out of Bruce, who is more of a pitiful figure incapable of mustering the enthusiasm to speak in more than a low-toned mumble.

Without going so far as to disparage these men, Whitewash has a lot of fun at their expense: It doesn't hide that the two have endured hardships, but it has little but tough love for them, seeing Paul as a smarmy nuisance and using Bruce's slow descent into insanity while hiding out in the woods as a source of humor.

That kind of cynical attitude risks derailing the film from time to time, not only by threatening to turn it into a joyless exercise in mockery but also by leaving it with few directions in which to take the plot (watching a man who is hardly capable of taking care of himself in civilization try to survive off bags of cheese puffs in the woods is funny to watch for only so long). Yet largely because of a pitch-perfect final line and a Haden Church performance that brings a dose of needed compassion, Whitewash manages to keep its footing. The ride isn't smooth — in fact it's about as steady as Bruce's unwieldy snowplow. Just one more consequence of the film's prankish, playful attitude that ultimately, if only barely, wins you over.

A Special Note: Most of our reviews are for films opening in theaters, but more and more films — particularly those made independently, on small budgets or both — are being released directly to home video either without a theatrical release or at the same time as their theatrical release. Whitewash is available from a variety of Video On Demand outlets beginning May 2.