Accessibility links
A Black Sheep Crashes The Kentucky Derby California Chrome is a flashy red horse with a big white blaze down his face. Unlike his competition, he's from humble origins, but more important than his breeding is his speed. 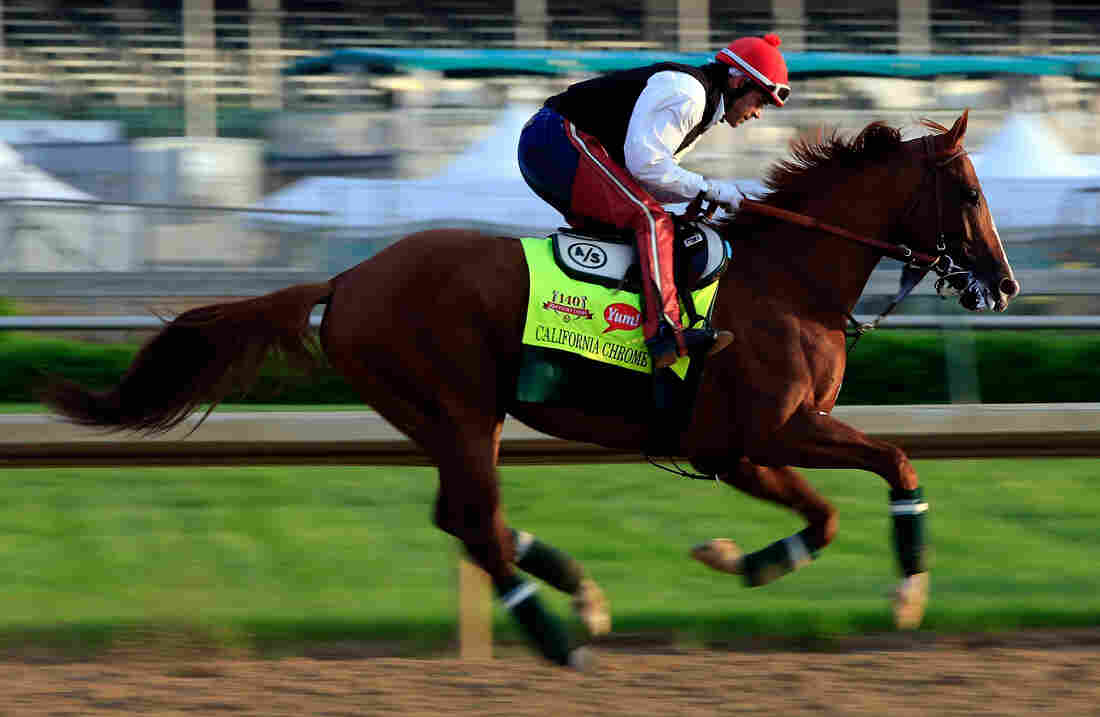 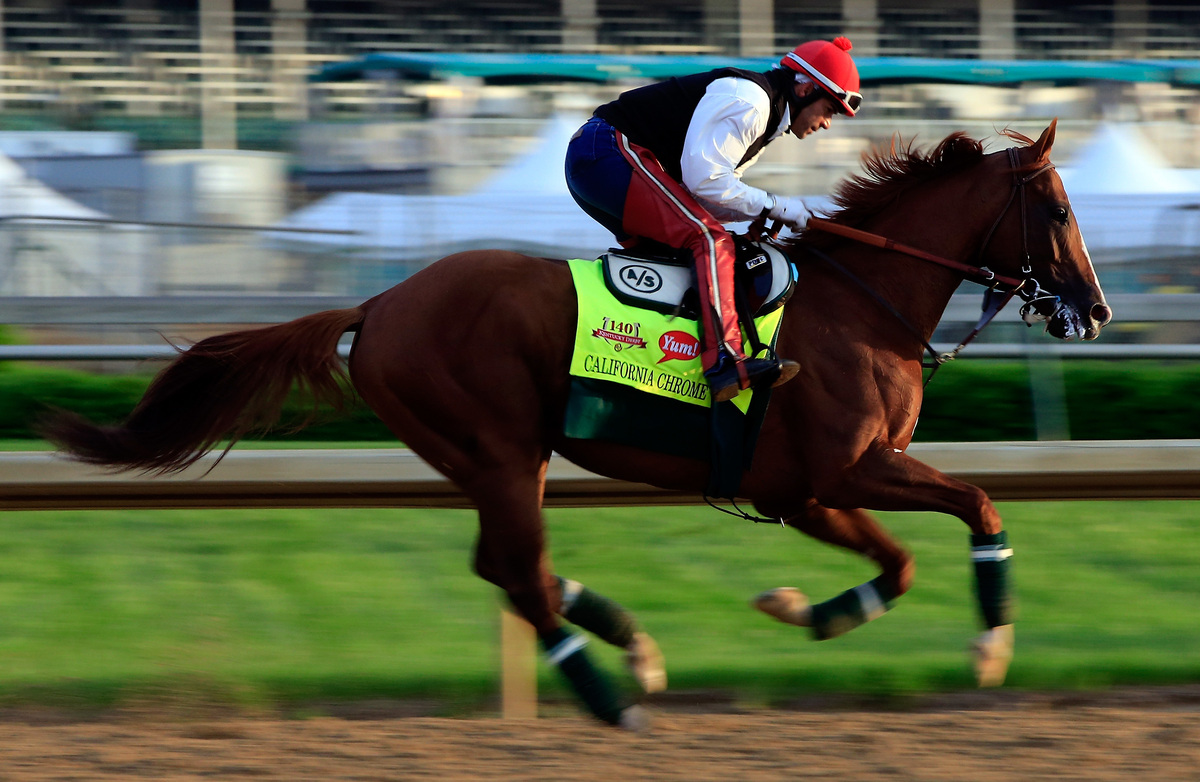 The favorite for Saturday's Kentucky Derby is a flashy red horse with a big white blaze down his face. California Chrome is of humble origin, and he'll be taking on expensive horses with Kentucky bluegrass connections, but he also comes with a lot of quirks that have folks rooting for him.

At age 77, trainer Art Sherman has finally hit the jackpot. 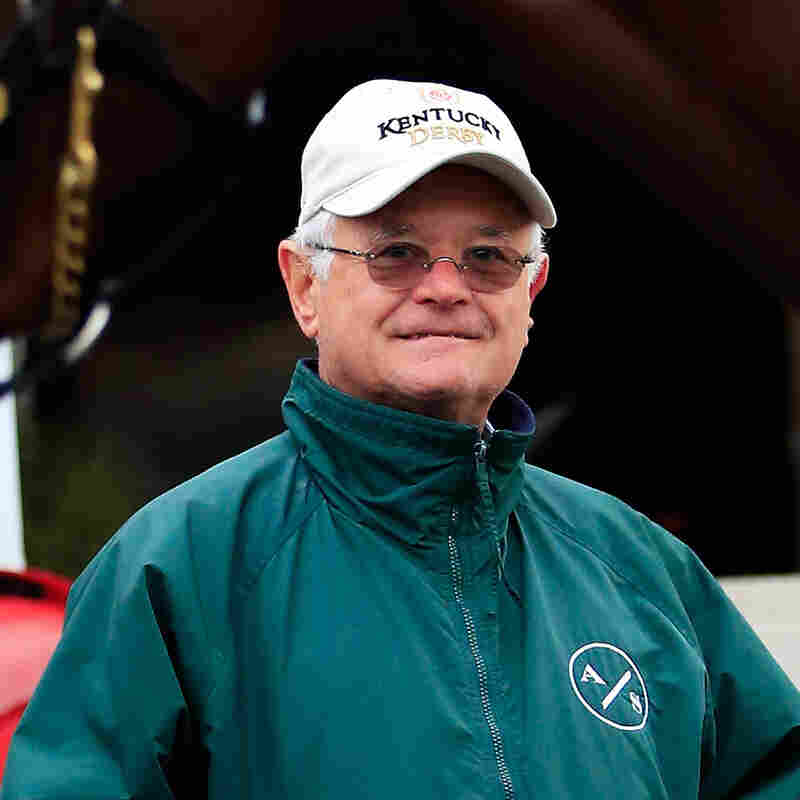 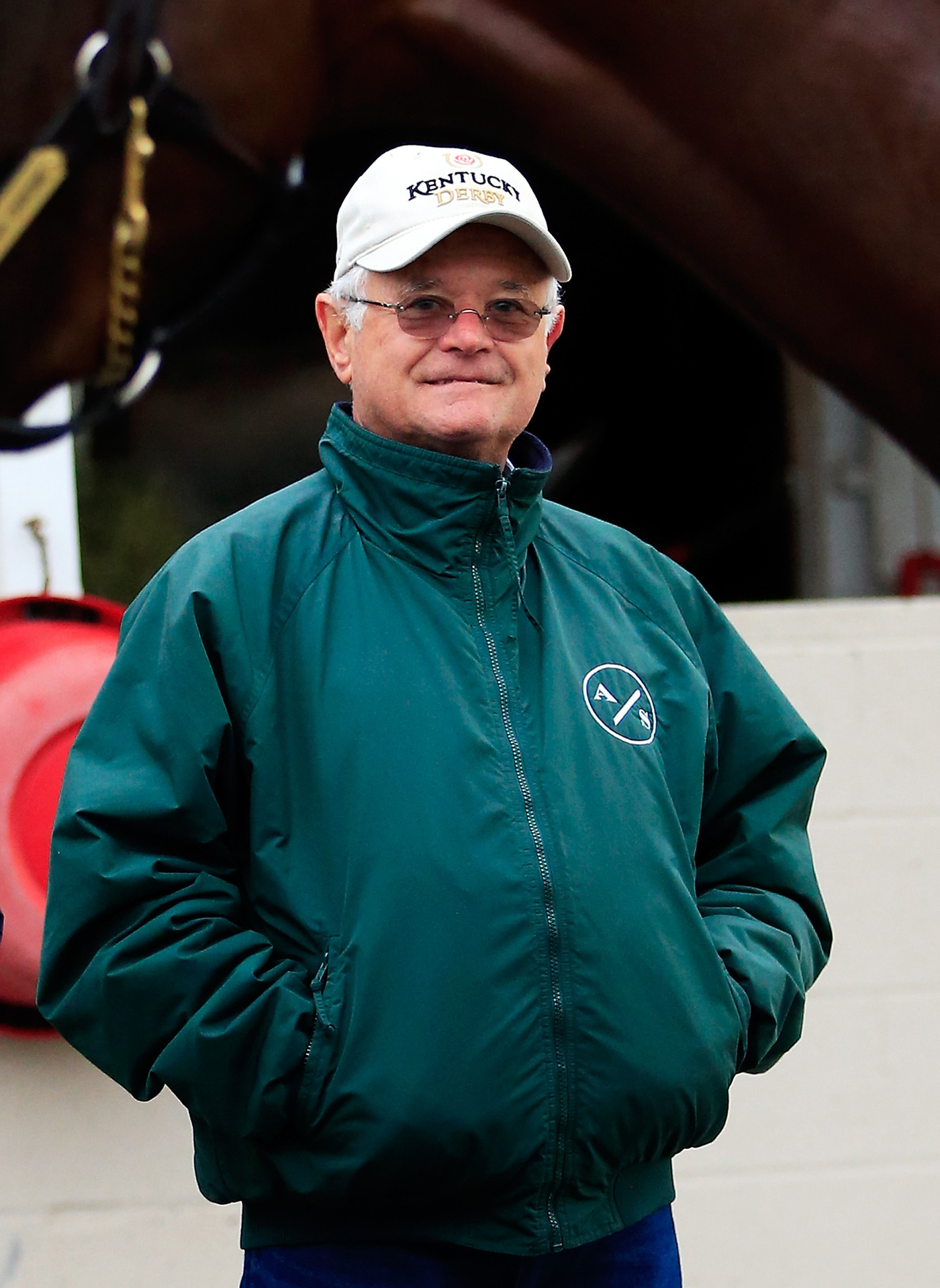 "I always call him a rock star, because he is a rock star right now," Sherman says. "He's the little horse against all the big horses. Reminds me of David against Goliath."

California Chrome aside, Sherman is himself an underdog in this race. He trains 16 horses. The top trainers in the business oversee hundreds of horses, often bringing a couple to the Derby each year.

The last time Sherman was at the Kentucky Derby with a runner was back in 1955. The horse was a West Coast invader named Swaps. Sherman was 19 then, just learning the game.

"They were surprised that we brought a runner into their midst. They used to kinda think that Cal-breds were inferior to their Kentucky-bred horses," he says.

Sherman has a feeling they still think that way. He anticipated that Chrome would have a target on his back in Louisville.

For Trainer Of Derby Champion, 'My Dream Came True'

Owners who run a horse in the Derby can invest millions of dollars to get there. Chrome's people haven't. He's a cheaply bred horse, born in California's Central Valley. Yet he's turned out to be a very fast racehorse. He easily beat the best on the West Coast in the Santa Anita Derby a few weeks ago.

Perry Martin, who co-owns California Chrome with Steve Coburn, has "the highest degree of confidence" in his horse.

"But they run the race because anything can happen," Martin says.

Chrome's mom was the first racehorse Martin and Coburn ever purchased together. A groom told them, "Anyone who buys that horse is a dumb ass." Martin says he looked at Coburn and asked, "Dumb ass partners?"

"We shook hands, and we were off and running," Martin says. 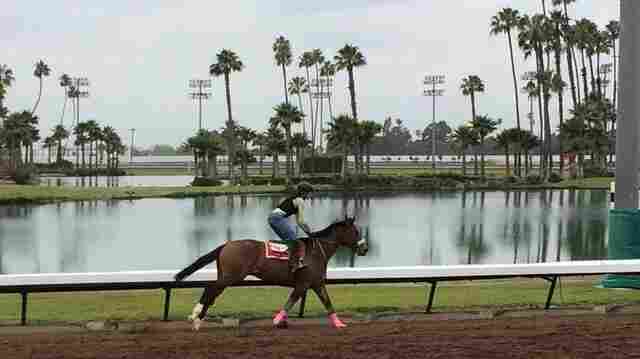 California Chrome is a favorite in Saturday's Derby, even though he doesn't fit the expensive mold of his competitors. Julia McEvoy/KQED hide caption 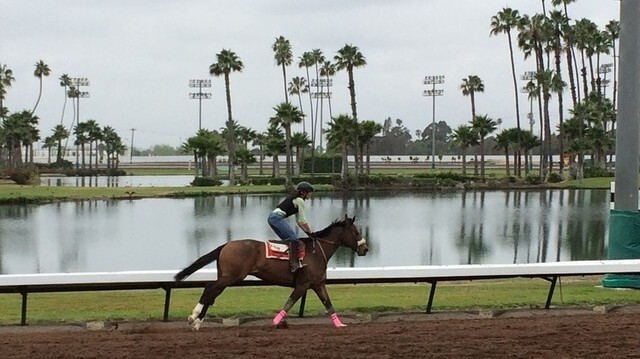 California Chrome is a favorite in Saturday's Derby, even though he doesn't fit the expensive mold of his competitors.

Now there's no separating the owners from their horse, even though Chrome has four white feet, long considered bad luck among horsemen.

Trainer Art Sherman says he completely understands why the owners turned down an offer of $6.5 million to buy a controlling interest in Chrome.

Still, if Chrome doesn't run well, there will be a lot folks laughing at Dumb Ass Partners for not taking the money. Owner Perry Martin knows this. How is he handling the pressure?

"Bourbon," he says with a laugh. "It really calms your nerves."

California Chrome is heavily favored to win the Kentucky Derby afternoon, so if you make a small bet on him to win, you won't make much money. That won't stop his fans in California from cheering him home.