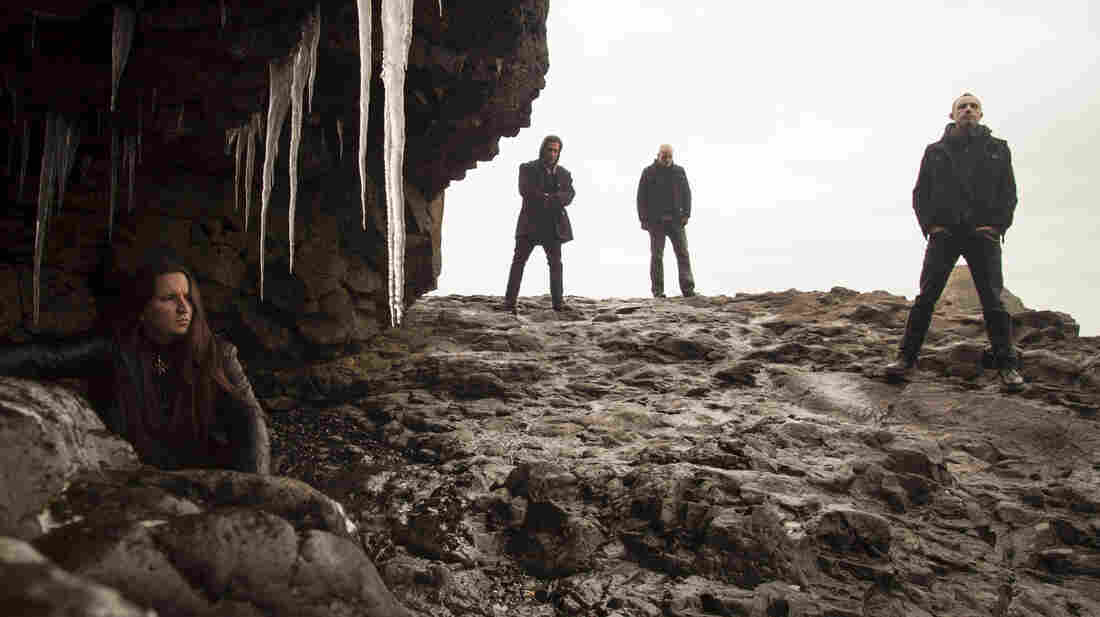 Agalloch's new album, The Serpent & The Sphere, comes out May 13. Veleda Thorsson /Courtesy of the artist hide caption 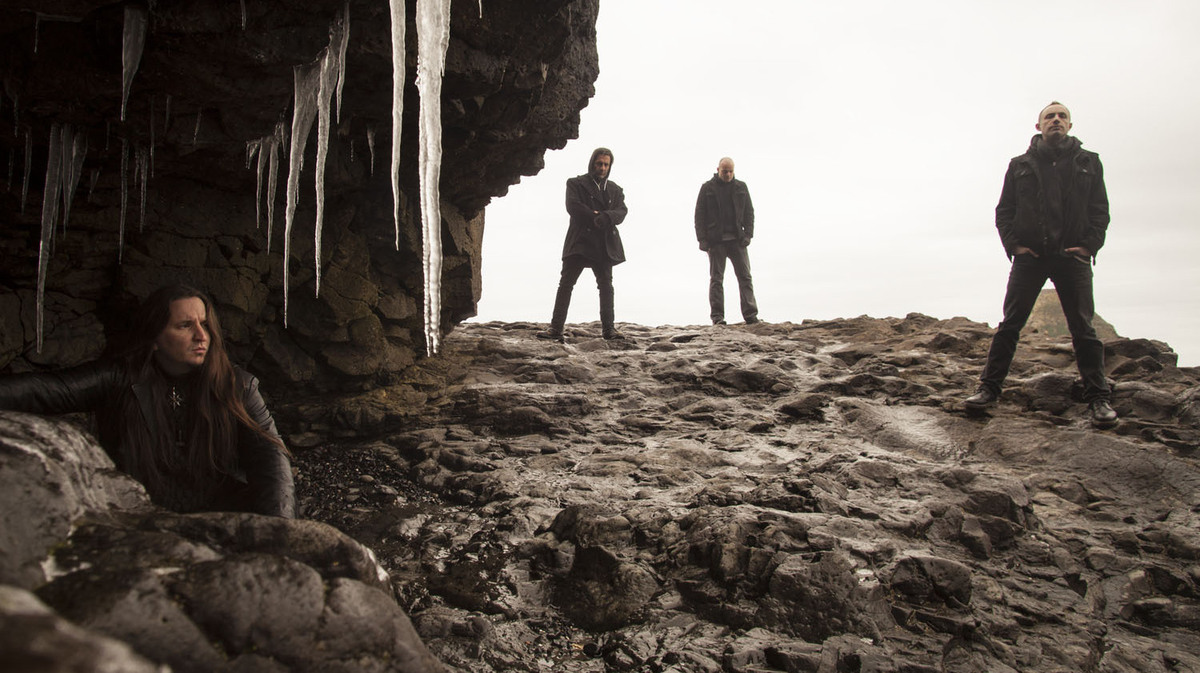 Agalloch's new album, The Serpent & The Sphere, comes out May 13.

Veleda Thorsson /Courtesy of the artist

It's been four years since Agalloch released Marrow of the Spirit, a spectacular record that exposed the cultish metal band to a wider audience seeking something ritualistic and caustic in heavy music. For all of its lengthy and textured songs, Marrow kept things fairly linear — thrilling in its momentum, for sure, but onward and forward. Maybe that's why Agalloch's fifth album, The Serpent & The Sphere, feels like a film shot out of sequence, with "Eureka!" moments hidden throughout and, more often, much after the fact.

Case in point: "Birth and Death of the Pillars of Creation," the proggy, funeral-paced opener. This thing is densely immense, which is a ridiculous way to say that, right off, The Serpent wants to slowly swallow you whole. When guitarist John Haughm's ghostly rasp finally appears four minutes in, we've already been treated to gracefully massive doom-metal, the Mellotron's choral and string settings, and a stately strummed acoustic guitar. But if Marrow, in particular, taught Agalloch anything, it's how to breathe: Six minutes in, the swarm subsides and bassist Jason William Walton and drummer Aesop Dekker translate the melody into something downright Baroque. Producer Billy Anderson (Sleep, Neurosis) applies light production detail, but that subtle reverb on the drums explodes upon re-entry when the full band comes back in.

It's a curious set-up for what follows: one of three total acoustic interludes written and performed by Musk Ox's Nathanaël Larochette, then what might be band's best 1-2-3 shot since The Mantle. Agalloch has never really been one to swing the beat — maypole dance around "The Lodge," perhaps? — but between blast beats, Dekker gives "The Astral Dialogue" a Bill Ward bounce. It's also one of the most straightforwardly black-metal ragers Agalloch has recorded, featuring Don Anderson's most skillful guitar work yet; it blends acoustic and electric passages with ease. There's really no one like Anderson in metal right now, adept to blaze through riffs one second and counter his own perfectly crafted melodies the next. That compositional proficiency could come off as processed, but he makes it all sound handmade.

"Dark Matter Gods" and "Celestial Effigy" follow with subtle nods to the past, particularly 1999's Pale Folklore. Agalloch was a different band back then, diving blindly into a folk-driven black-metal concept that had few precedents. But here, Cure-like atmospherics and rolling, pagan-folk-inspired percussion have never sounded so full and determined. Since joining in 2007, Dekker continues to be Agalloch's most sympathetic asset, aware of the band's rich discography while committing to some of his most musical drumming to date.

The Serpent & The Sphere is yet another metallic masterpiece from Agalloch. Even though frontman John Haughm says he has a "neurotic dissatisfaction with everything I do," the album feels like an abstract meditation on nearly 20 fascinating years without directly looking back.