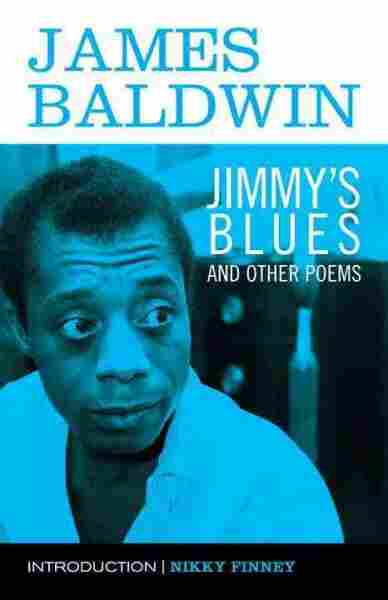 Jimmy's Blues and Other Poems

by James Baldwin and Nikky Finney

More than once this week I've caught myself reading yet another news story about Donald Sterling or Cliven Bundy, wondering what it means for me, a black gay man, to exist in America at the same time as men like them. Have they been thinking about people like me just as intensely as I, for the past few days at least, have been thinking about them? Are Sterling and Bundy privately wringing their hands? Or are they cursing America for eavesdropping on their bigotry?

I have no answers, only more questions, which is why I'm so grateful for the recent publication of a collection of poems by James Baldwin.

Though Baldwin is perhaps best known as an essayist and novelist, he wrote poetry as well. Jimmy's Blues and Other Poems was published last month by Beacon Press. It has an introduction by Nikky Finney.

"Staggerlee Wonders," the first poem in the book, which is written in the voice of a blunt, African-American character, is especially striking in light of this week's news cycle: "My days are not their days. / My ways are not their ways. / I would not think of them, / one way or the other, / did not they so grotesquely / block the view / between me and my brother."

Those opening lines, rightfully, make you sit up in your seat and lean closer as Baldwin interrogates the way Americans perceive each other across the distance of our identities. Baldwin's trademark immediacy is here, as is the musicality that electrifies all of his work.

Jazz is alive and well in these poems, often with the blues humming at its edges, as in the poem "Amen": "No, I don't feel death coming. / I feel death going: / having thrown up his hands, / for the moment."

If ever there was a week America needed to be reminded of James Baldwin's voice, it's this one, and I'm so glad he's cleared his throat yet again.

Saeed Jones' next book of poetry, Prelude to Bruise, comes out this fall.

Read an excerpt of Jimmy's Blues and Other Poems