Accessibility links
From Flower To Factory, These Bees Are No Bumblers Two new books consider the complicated world of bees: Laline Paull's debut novel The Bees imagines humble worker bee's hive adventures, and A Sting in the Tale considers focuses on the bumblebee.

From Flower To Factory, These Bees Are No Bumblers

From Flower To Factory, These Bees Are No Bumblers 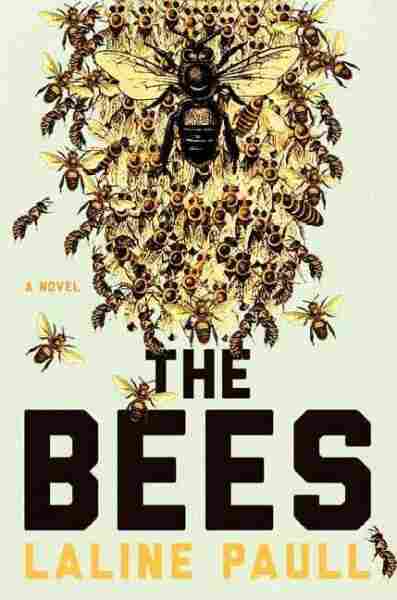 Fortunate happenstance has led to me reviewing Laline Paull's The Bees alongside Dave Goulson's A Sting in the Tale. I am more than a little obsessed with bees, honey, watching wildlife and reading dystopias, and am therefore predisposed to find both books interesting. Together they make a splendid double-header of fiction and non-fiction: there is a precision and economy to the former and an almost lazy charm to the latter that makes them remarkably complementary. Where The Bees captures the fervor and fierceness of hive life from the perspective of one of its workers, A Sting in the Tale is very much the narrative of a friendly professor sitting in a garden, holding forth on his favourite subject while watching a bumblebee buzz by.

Paull's novel is riveting. Flora 717 is of ignoble kin, the very humblest of workers in a honeybee hive: the Sanitation workers. All other workers are associated with specific flowers: where Teasel kin work the Nurseries, Thistle kin guard the hive, and Sage priestesses govern in the Queen's name, Floras are dismissed as unworthy of differentiation and forbidden to speak. But from her first emergence 717 is marked by a Sage priestess as unusual: much larger and uglier than her kin, she nevertheless has the capacity to produce royal jelly, called Flow, at a time when the hive is in dire need of more nurses. This first distinction leads to more, and Flora 717 gradually learns the hive's inner workings — and troubling secrets.

The prose is lovely without being distracting, and the way Paull relays the bees' world through scent, heat, and movement is immensely successful. There were points at which I was jarred by a sudden anthropomorphization — a bee prodding another bee with a stick, for instance — but for the most part I loved the stylistic choices governing the bees' language and life. The bees learn the Latin names of flowers by seducing them through pollination; they name all enemies of the hive The Myriad; they have scent-painted histories of the hive in a sort of library. It's evocative and beautiful.

Working in a tradition of anthropomorphised animal fables such as Animal Farm and Watership Down, Paull distinguishes herself: instead of using the rhythms and mores of animals as a central metaphor for political or social allegory, The Bees begins and ends with the hive, effectively dramatizing its lifecycle without the sound of any one axe grinding in the background. Indeed, the somewhat extraneous frame narrative — a man looking at the hive while considering whether or not to sell the land it's on — brings this home: humans layer the hive with their own meanings, but the bees are utterly indifferent to them, and their respective stories and realities do not match. 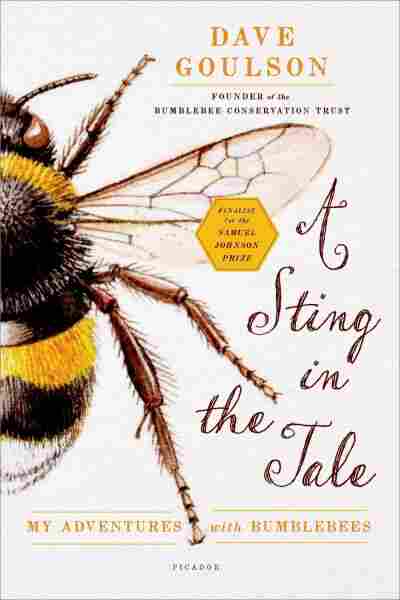 A Sting in the Tale

My Adventures With Bumblebees

The laid-back, avuncular congeniality of Goulson's rambling Sting in the Tale makes quite a contrast to Flora 717's compelling, high-stakes story. Book-ended with the story of the British short-haired bumblebee's introduction to New Zealand, subsequent extinction in the UK, and very recent plans for its reintroduction with New Zealand stock, Tale melts memoir and conservation issues into a sweet pot, moving from subject to subject very much in the manner of a foraging bee seeking flowers.

It took some getting used to at first; the preface especially seems to delight in relaying boyhood ventures into conservation that go horribly, upsettingly wrong, and the sizzled bees and decapitated quails are rather at odds with the cheerfully indifferent (though perhaps slightly embarrassed) tone in which Goulson describes them. But once his passion for conservation is kindled, the book is warm and delightful: I frequently found myself wanting to put it down to go bird and bee-watching, to find for myself the species he discusses.

Sometimes the frequency of Goulson's anecdotes about his doctoral students gave me pause, as I couldn't help but wonder whether they'd given permission to have their divorces, appearances, and eating habits so freely detailed — they may well have done, but I nevertheless felt uncomfortable reading about them. I was much happier with the book when Goulson stuck to describing ecology, especially the ways in which thousands of moving parts work together to create a meadow landscape we take for granted — or, conversely, how unnatural and convoluted are the processes that bring us something as ubiquitous as ketchup:

When you next squirt Heinz tomato ketchup on to your fish and chips, reflect on the nature of the modern world. Your ketchup was most likely made in a factory in the Netherlands from tomatoes grown in Spain, pollinated by Turkish bees reared in a factory in Slovakia.

I had no idea that bumblebees are commercially reared, nor that the industry is apparently haphazardly regulated. I found this, like many of the book's anecdotes — whether about training nest-sniffing dogs, studying bees in Tasmania, or starting up an immensely successful bumblebee charity from humble beginnings — memorable and interesting.

While I knew a fair amount about honeybees going in, A Sting in the Tale's focus on bumblebees drove home how much I'd assumed them to be similar creatures when they're notably distinct and fascinating in their own right. The chapters on bumblebee enemies and reproduction resonated with me especially, having just seen those aspects colourfully plotted through The Bees. Given how much Goulson's information reads like medieval history – all queens being usurped and workers being enslaved under Cuckoo bees — I found myself wondering what a novel called The Bumblebees would be like.

Reading these books back to back was thought-provoking in another sense: it made me realize the extent to which my love of bees comes of only half-knowing them. We see their societies, their sisterhoods and motherhoods, and can't help but layer our meanings and musings over them to shore up the gap between what they do and what we see. Goulson frequently reiterates how, in spite of multiple scientific advances and innumerable field trips and research papers, much about bees remains a mystery to us; Paull, in giving us a highly detailed, immersive fantasy of a hive's interior, says essentially the same thing.