Accessibility links
Monterey Bay An 'Ocean Buffet Open For Business' This Spring Thanks to upwelling, an influx of marine and wildlife is taking place in one of the world's largest underwater canyons in California.

Monterey Bay on California's central coast rests atop one of the largest underwater canyons in the world. It's deeper than the Grand Canyon, making it possible for lots of ocean life — including humpback whales, orcas, dolphins and sea lions — to be seen extremely close to shore. That is, given the right circumstances. Lately, the right circumstances have converged, and there's more marine and wildlife in the bay than anyone's seen in recent memory. 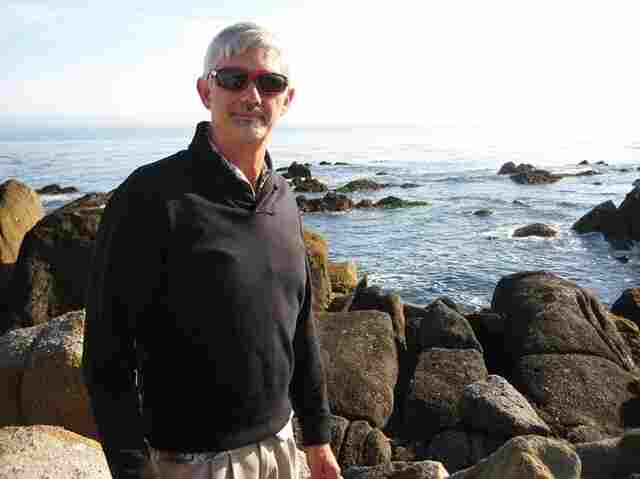 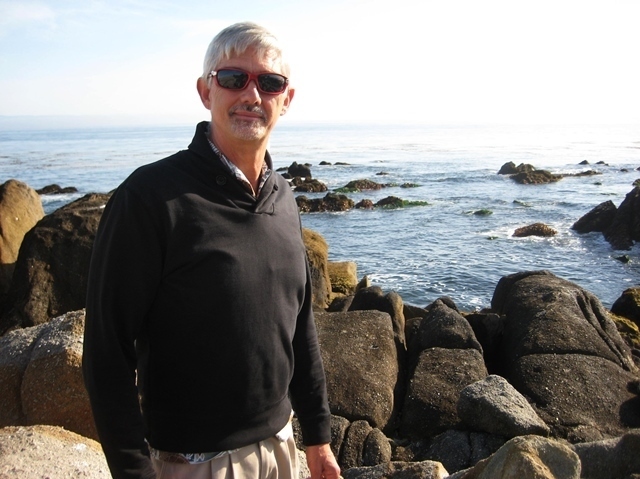 Steve Palumbi, director of Stanford University's Hopkins Marine Station, on China Point, Monterey Bay. Palumbi says it's hard to keep his students' attention when a pod of whales or dolphins swims past the marine lab window.

Steve Palumbi is director of Stanford University's Hopkins Marine Station, where the university's students study the ocean. The marine lab sits practically on the bay, and Palumbi says it's hard sometimes to keep his students' attention when a pod of whales or dolphins comes swimming by the window.

"You just have to stop your lecture and let the ocean get over that," he says.

Every spring something called "upwelling" begins in Monterey Bay. Winds from the north force the deep, cold water in the bay to "well" to the surface. "This cold water is also nutrient-rich," Palumbi tells Morning Edition's Renee Montagne, "and it brings natural fertilizer in to make the ocean ecosystem bloom."

Then there's the chain reaction, he says. "Plankton blooms, the plankton-feeding fish like anchovies feed and grow hugely, and that sparks the whole ecosystem to thrive. Essentially, we get serial dining of the plankton and the anchovies and then the bigger fish and then the seals, the whales — all the way up the food chain."

The upwelling was a little higher than usual last year, says Palumbi. Then, the anchovies hung around longer than normal.

Then, in late March, this year's upwelling season began with particularly strong winds "that have started our season to just an amazing degree," Palumbi says.

Now the bay is like an "ocean buffet — open for business."

Although this influx is unprecedented in recent times, Palumbi tells Montagne, it was probably normal 200 years ago.

"Early westerners who came to Monterey Bay wrote about the incredible abundance of wildlife of every kind and every description, but then, subsequently, we took the otters for their fur, we took the whales for their oil ... [and] the sardines for their meat and fish meal."

During the height of Monterey's canning industry in the '30s and '40s, fish guts, heads and scales were routinely dumped into the bay. Palumbi says that, in those days, you never saw whales in Monterey Bay.

"People started caring more and more about the bay and, especially the last 30 years, protection of the sea birds, marine mammals and the fish species have really combined to allow this boom of wildlife."

When Nancy Black, owner of tour company Monterey Bay Whale Watch, moved to the area in 1986, the population of humpback whales was thought to be around 400. She says now it's more than 2,000.

Palumbi, of Hopkins Marine Station and author of the new book The Extreme Life of the Sea, says we're used to hearing about ecosystems being degraded and falling apart. Monterey Bay is one place where the reverse is happening.

And there are lessons to be learned, he says as he points to three fishing boats in sight: "How important it is not only for there to be lots of biological diversity, but also lots of economic diversity. ... So, instead of the local economy sucking the ecosystem dry — eating it, as it were — the local economy is based on the bay thriving."