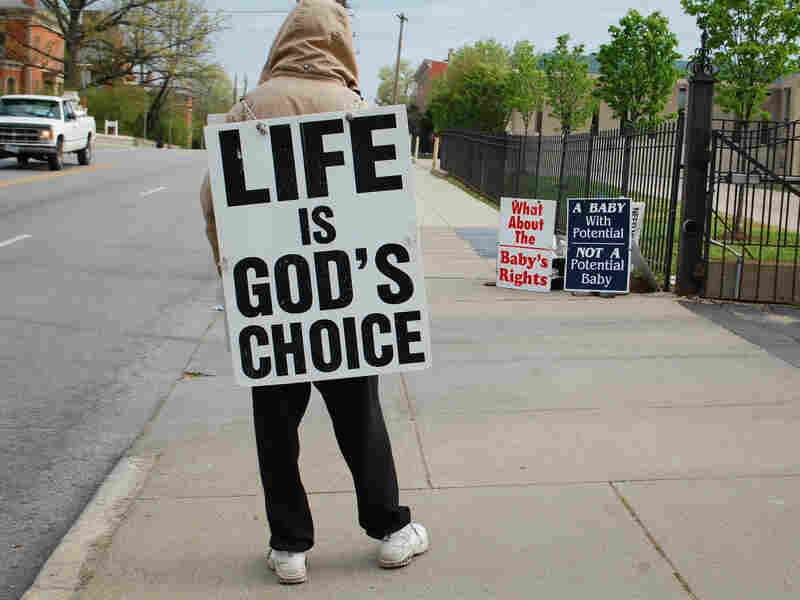 In Ohio, four of the state's 14 abortion clinics have shut down over the past year, with three more in legal peril. Alan Greenblatt/NPR hide caption 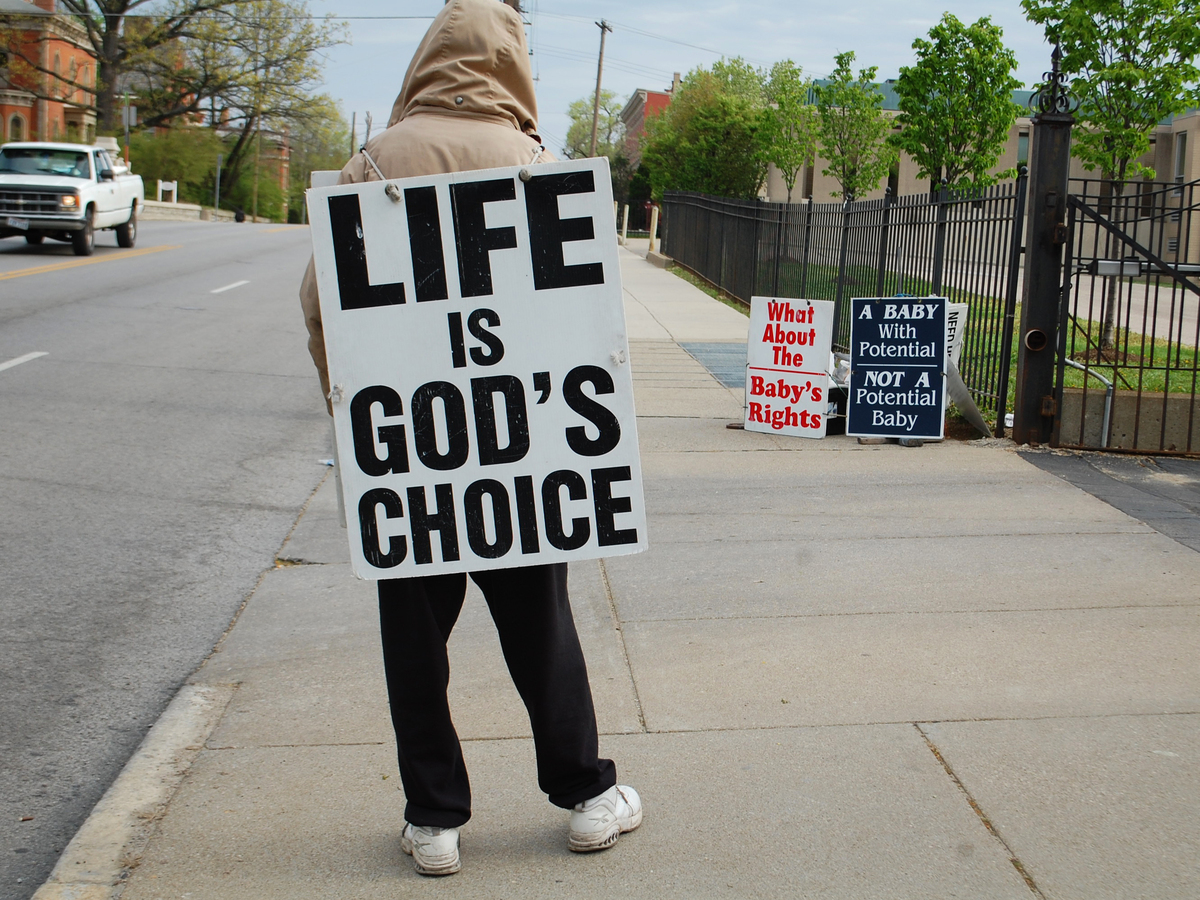 In Ohio, four of the state's 14 abortion clinics have shut down over the past year, with three more in legal peril.

The old abortion rights slogan — "safe, legal and rare" — has been turned on its head.

By imposing greater safety requirements on clinics, abortion opponents have succeeded in putting many of them out of business.

The goal of this strategy is not to ban abortion — "there are things that are banned that occur every day," says Mike Gonidakis, president of Ohio Right to Life — but to end it.

"Abortion is legal, so you must have incremental legislation to save as many babies as we can," Gonidakis.

Outright bans after certain stages in pregnancy in Arkansas and North Dakota have been struck down by federal courts in recent weeks. But imposing restrictions on clinics — such as requiring their physicians to have admitting privileges at neighboring hospitals — has led a number of them to shut down.

The Supreme Court upheld such restrictions in Texas last fall.

"There were more than 40 clinics that provided abortions in Texas in 2011," National Journal reports. "There are now 20 still open, and after the law's last steps of implementation are taken in September, all but six are expected to close."

Mississippi's only abortion clinic may close for similar reasons. In Ohio, four of the state's 14 abortion clinics have shut down over the past year, with three more in legal peril.

"If more clinics close in Ohio, leaving a large majority of the women without access to safe and legal abortion, that would be ground for litigation, because it's creating an undue burden on women," says Jennifer Branch, attorney for the Women's Med Center, an abortion clinic in the Cincinnati area.

With both its clinics in legal jeopardy, Cincinnati could become the largest metropolitan area in the country without access to abortion services.

Ohio law requires clinics to have patient transfer agreements in place with nearby hospitals. Last year, it barred public hospitals from entering into such agreements.

That cost Planned Parenthood its transfer agreement with the University of Cincinnati Medical Center.

"When they initially put into the law the requirement of a transfer agreement, they said it was for the good of the women," says Jerry Lawson, CEO of Planned Parenthood of Southwest Ohio, which operates clinics in Cincinnati and Dayton.

"Then they turn around and pass a law that says public hospitals can't have transfer agreements," he continues. "Now, which is it — are you worried about the women, or are you interested in preventing abortions?"

Lawson is doing the paperwork to renew his clinic's license. He still hasn't heard back from the state about last year's application. Or about his request for a "variance" that would allow his clinic to operate without a transfer agreement in place.

He's on legally safe footing, so long as those applications are pending.

"We may get into a position where we have to litigate," Lawson says. "That would take a long time and we would be operating in the meantime."

The state ruled in January that Women's Med Center in Sharonville should close because of issues with physician credentials, but a judge is allowing it to stay open pending appeal. That angers Paula Westwood, executive director of Right to Life of Greater Cincinnati.

"Women do not benefit from going to any health clinic for anything that does not have some standards that are followed," she says. "If there is a good side to this litigation, it's that it calls attention to abortion providers and the fact that it's not a safe procedure."

Fewer than 1 percent of Ohio's 25,000 annual abortions are performed in hospitals.

"Women who walk through this door, they know what they're doing," says Roslyn Kade, medical director of the Planned Parenthood facility in Cincinnati. "No law changes their mind."

Kade says most of her patients are low income, sometimes homeless and often single mothers already. They're having to make difficult decisions about whether they can care for another child.

She argues that abortion opponents are putting women's health at risk by creating an atmosphere that makes physicians anxious about performing abortions even when the fetus is not viable.

"They are very restricted on what fetal anomalies they can terminate," Kade says. "If you have a fetus that doesn't have a brain, do you insinuate that the women are making a bad decision? That to me is so awful."

Cincinnati has long been a center of abortion protest. John Willke, a local obstetrician, was a founder and past president of National Right to Life. In 1985, a militant group set fire to two Cincinnati abortion clinics — including one on the site of the present Planned Parenthood facility.

That facility still sees protests on a near-daily basis. One recent morning, five people — at least three of whom were paid to be there — were holding and wearing signs with messages such as "Abortion: The Ultimate Child Abuse." Some displayed graphic images of aborted fetuses.

"Please repent," Ray Loebker says to a woman walking toward the abortion clinic's entrance. "Our Lord came to give life, not death."

Loebker says he's been protesting outside the clinic since 1973, devoting himself full-time to the cause since his retirement a decade ago. He's not convinced that the new restrictions have done enough to abolish the practice.

"I'll believe they'll shut down when they're shut down," he says. "They've been operating illegally for years."

Gonidakis, the Ohio Right to Life president, says that pushing for a ban is all well and good but credits the 10 separate restrictions the state has imposed since 2010 with helping to reduce the number of abortions actually performed in the state. (The annual total is down by half from its 1981 peak.)