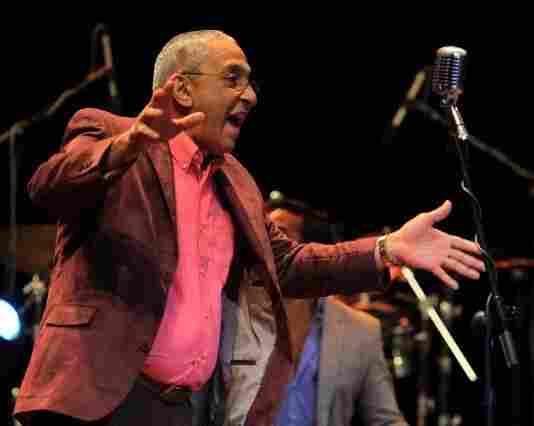 Los Van Van leader Juan Formell, who died May 1 in Havana, often said it was the group's job to make people dance. Under his direction, Cuba's hardest-working band delivered on that promise for almost 45 years, as anyone who has attended — or rather participated in — a Van Van concert has learned after being carried away, hands in the air, by the group often dubbed "the Cuban music train."

For Formell, whose quiet public demeanor belied an awareness of both the times he lived in and his place in history, dance music came with a message. Through the decades, Los Van Van's songs chronicled realities of contemporary Cuban life and, in the Cuban tradition, lightened the load with social satire and sexual innuendo.

The life lessons contained in Los Van Van's best songs — whether social, spiritual or suggestive — transcend place, but the band has always belonged to Havana. One testimony to Formell's significance in Cuba was the flower arrangement sent on behalf of Fidel and Raul Castro to stand by the bandleader's ashes and his baby bass at the National Theater in Havana, where thousands of Cubans filed past to pay their respects. More telling was the massive crowd and lineup of multi-generational artists at a night-long concert dedicated to Formell. A headline in the Cuban national newspaper Granma repeated a phrase often heard in Havana: "Van Van Is Cuba."

It was difficult to select just five songs to honor Juan Formell. Consider this an introduction, as well as a tribute, to the music of Los Van Van.