Accessibility links
Jesse Eisenberg And Jesse Eisenberg In A Queasy Sea Of Despair The Double, starring Jesse Eisenberg in a dual role as a meek man and his more dynamic doppelganger, may not succeed on every level, but its smart, thoughtful filmmaking makes it well worth the trip. 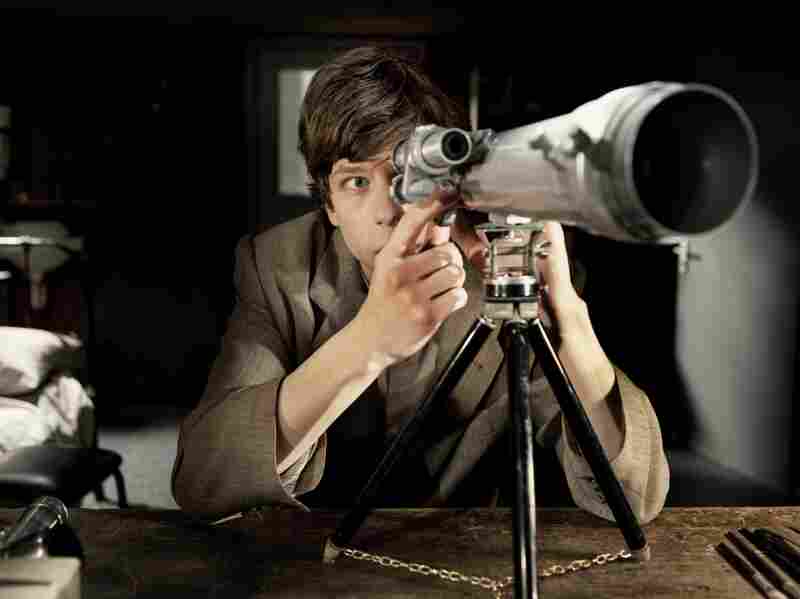 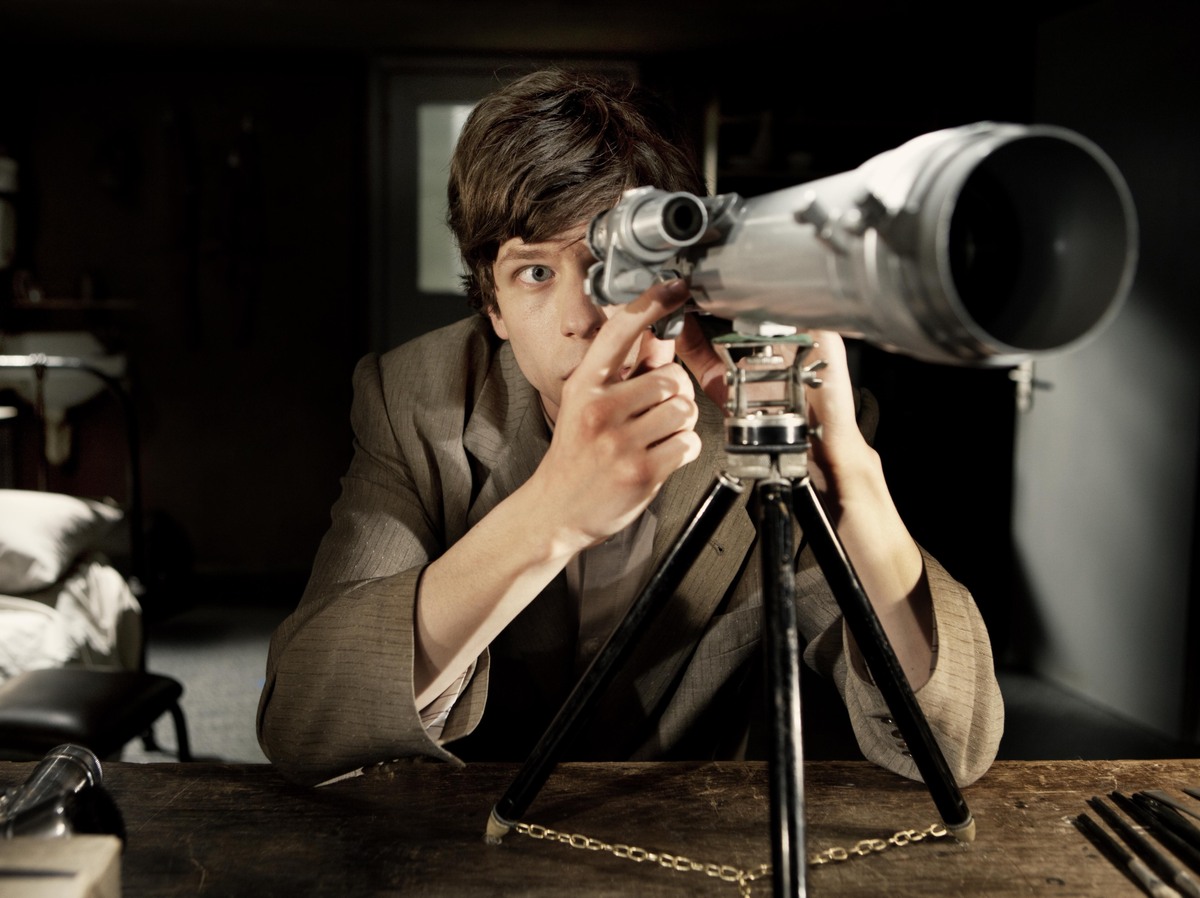 Jesse Eisenberg in The Double.

"You're in my place," is the first line in Richard Ayode's, The Double, spoken to Simon James (Jesse Eisenberg) on an otherwise empty subway train where he's apparently sitting in someone's preferred spot. It's also an apt – and maybe a little too on the nose – summary of what follows.

Based on a Dostoyevsky novella, the film is a darkly surreal fantasy about Simon, a forgettable office drone who one day finds he has a new and quite unforgettable doppelganger – James Simon (also Eisenberg) — working at his office. Simon is practically a living, breathing negative space, barely even existing in the minds of those around him. The security guard at the front desk at work never remembers him from day to day, and his boss (Wallace Shawn) calls him Stanley when he even bothers to acknowledge him at all. Even the elevator barely acknowledges him, refusing to budge when he boards and presses the button.

But despite Simon's barely-there existence, James begins to slowly take over, romancing Hannah (Mia Wasikowska), the copy room girl Simon is obsessed with, passing off Simon's ideas as his own, and even seducing the boss's daughter, whom Simon is supposed to be mentoring. Simon may have little place in the Kafka-esque nightmare world that Ayoade has created, but James is taking that place away from him, rendering him even more invisible and ghost-like than before.

This is Ayoade's sophomore effort, and the British comedy acting veteran (best known for his role as Moss in The IT Crowd) continues the remarkably polished command of style and tone that made 2009's Submarine such an impressive debut. But The Double turns away from the melancholic whimsy and appealing, Wes Andersonian preciousness of that film and into an entirely different pool of influences.

The care he brings to his filmmaking is still readily apparent, with each shot meticulously framed, designed, and lit. But that care is now in service of a punishing psychological oppression that plays like a more tightly controlled, stripped-down version of Terry Gilliam's chaotic dystopias. Even light feels like it's fighting a losing battle in this world, as cinematographer Erik Wilson creates light sources that glow with a feeble golden warmth that seems to give up just inches from their sources.

This is a fictional world where the characters' desperation is largely quiet, while the environment is anything but, soundtracked by ominous industrial Lynchian hums, clicks, wheezes and bangs. Yet Ayoade finds room for plenty of gallows humor in this hopeless place. These are deadpan laughs with an emphasis on "dead." After Simon inadvertently witnesses a suicide through the telescope he uses to wistfully spy on Hannah from his window, he asks the investigating detectives if all they do is handle suicides for the whole city. One responds with apparent amusement at this notion: "We can barely cover the neighborhood."

Eisenberg is fantastic in the dual role, stammering and apologizing his way gently through Simon's shrinking existence and making James a charismatic beam of light that the grey, moth-like denizens of this dreary place flock to despite his undercurrents of chauvinism and homophobia.

So there's no shortage of admirable artistry at work here, but the film can often be difficult to engage with fully. The script, by Ayoade and Avi Korine, hammers a little too hard at its symbolic explorations of Simon's identity crisis. That on-the-nose opening line isn't an anomaly: The Double is full of slightly too-obvious nudges and foreshadowing, whether it's the pigeon that fatally crashes into a window as Simon is quietly pondering the ramifications of James' arrival, or the recurring allusions to Pinocchio, highlighting the notion that there's a boy here who may not be quite real. Whether it's Simon or James is up for debate, especially for Simon himself.

These machinations undercut what should be a more emotionally resonant third act, as Simon tries to decide whether to try to take back his life or fade away into nothing as his world collapses. When the film's beating heart should reveal itself, we mostly see cogs and gears. But if The Double never fully succeeds, it's still exactly the sort of challenge and risk one wants out of a filmmaker as promising as Ayoade. Unlike Simon, he is not to be ignored.