Accessibility links
To Be Young, Foolish And Baffled: Coming Of Age In 'Palo Alto' Palo Alto, based on a short story collection from James Franco and directed by Gia Coppola, sees its teenage characters through a forgiving but unsparing lens.

To Be Young, Foolish And Baffled: Coming Of Age In 'Palo Alto'

To Be Young, Foolish And Baffled: Coming Of Age In 'Palo Alto' 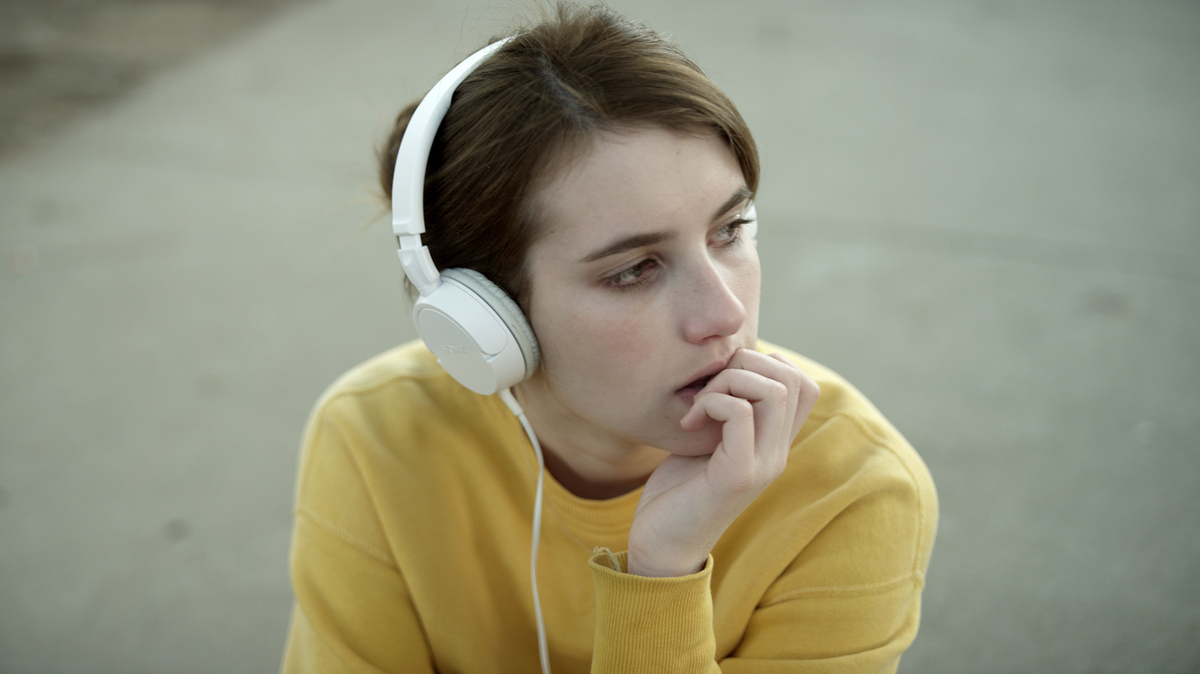 "What's going through your mind when you're doing that... or do you not think at all?" Those words, familiar to any teenager and parent, get yelled at Teddy (Jack Kilmer) about halfway through Palo Alto. Teddy, still in high school, is on probation after his second arrest, his final chance to get his act together before facing time in a juvenile detention center. The line, though, could have been directed at nearly any of the teenagers in Gia Coppola's thoughtful debut feature, which offers an empathetic account of teenage tribulations but also makes a good case for why the phrase "troubled youth" is needlessly tautological.

Coppola, who here extends her family's predilection for producing talented directors one generation further, seems to have taken most from her Aunt Sofia's films. Palo Alto shares the soft visual tones of Somewhere and Lost in Translation, their patient pacing, and their tendency to linger on mundane moments that, in accumulation, offer a comfortable intimacy. When Coppola rests her camera on Teddy sullenly playing his guitar, or on the timid April (Emma Roberts) giving herself pep talks in front of the mirror in her room, there's no overt purpose to the shots, just a steady portrayal of the inchoate emotions of youth.

Coppola captures her characters only halfway to adulthood: they drink too much, experiment sexually, and put on an air of maturity, but their bedrooms are still filled with elementary school photos and childhood decorations. Their reckless actions can reflect an abundance of confidence—they drive drunk and cut down trees in cemeteries—but, just as often, they only highlight a persistent immaturity, such as when Fred (Nat Wolff), Teddy's best friend, draws sexual pictures in a children's book at the library.

Palo Alto, which is based on a collection of short stories by James Franco, displays a refreshing lack of handwringing over these acts. Coppola knows there's a difference between acting out and behaving immorally, just as there's a difference between the absent but loving parents who populate the movie and adults like Mr. B (James Franco), April's teacher, who flirts and sleeps with his students.

The greatest respect the film shows its young characters is giving them the benefit of the doubt—the acknowledgement that bad behavior doesn't necessarily make them bad people. But Coppola also knows better than to let them off the hook completely. At one key moment, we learn that one character may have committed a horrible crime. And while Coppola leaves open the possibility that it was just an awful thought, thankfully never acted upon, the suggestion that the line between youthful debauchery and immorality may not be so far off haunts the film.

That said, Palo Alto's portrayals of the tender innocence of youth are ultimately better realized than its darker moments, which quickly become too angst-ridden, as if Coppola feels the need to overemphasize the inner turmoil of her characters. Freddy in particular remains unfortunately one-dimensional in his displays of exaggerated manic behavior. The other characters' actions reveal a fraught internal thought process, but Freddy's only suggest an out of control id.

That unfettered energy, of course, is part of being a teenager too, as are the parties, the drinking, and the sexual exploration, all of which take up a large part of Palo Alto. But the movie's happiest moments tellingly come when the characters are among younger kids, away from the pressures to act beyond their age. As a coming-of-age story, Palo Alto doesn't take the loss of innocence lightly; on the contrary, it's a film about the desperate need to keep some of it intact.