Accessibility links
'Double': Double Toil And Trouble For Eisenberg Jesse Eisenberg gives an acting master-class as a nebbishy office worker and his mysterious doppelganger in the dark, surreal new film The Double, based on a short story by Dostoevsky. 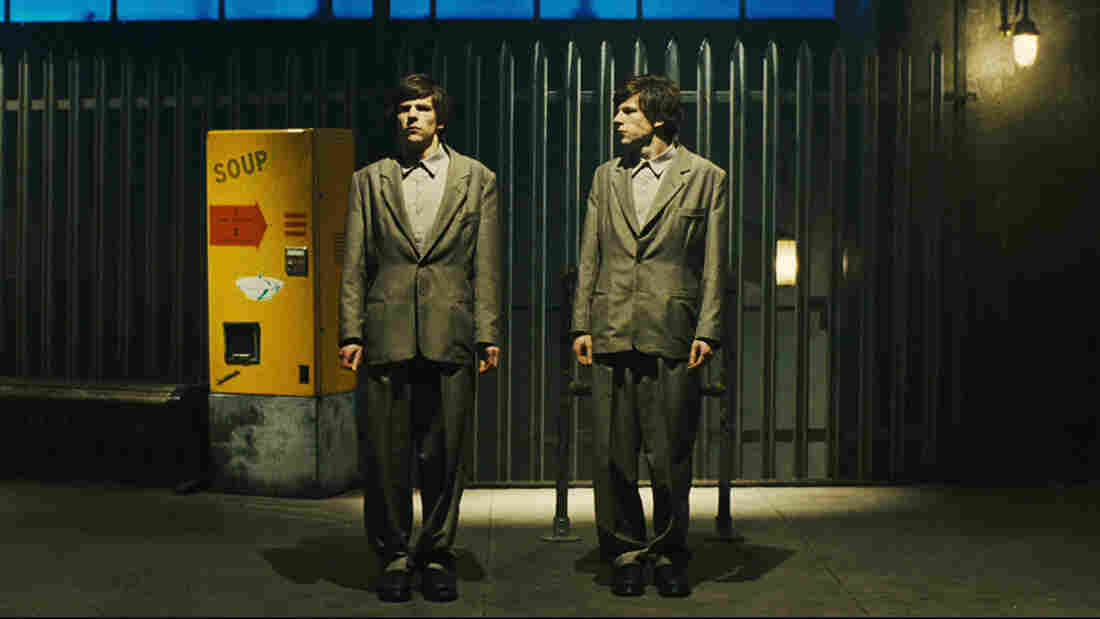 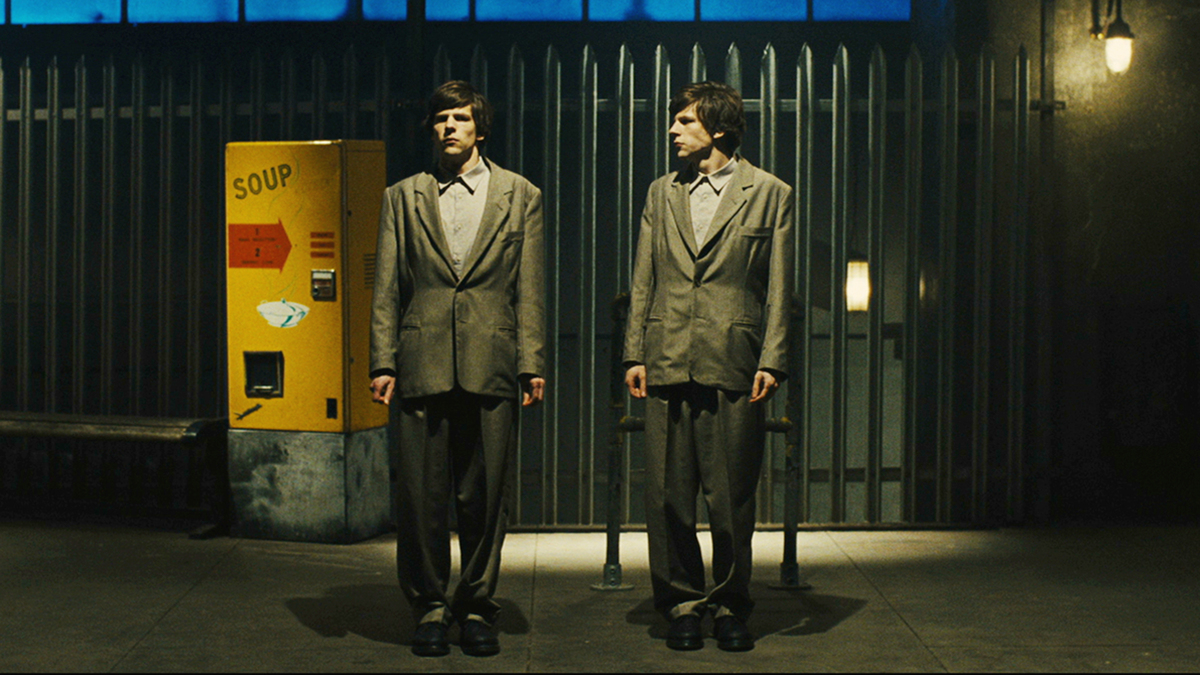 Jesse Eisenberg's performance as mystery doppelgangers will have you seeing Double.

In The Social Network, Jesse Eisenberg invented Facebook. In Now You See Me, he mastered magic tricks. In Rio, his animated macaw learned to fly, and his Lex Luthor will soon be nemesis-ing the caped crusader in Batman Vs. Superman. But it's safe to say that none of those pictures asked half as much of Eisenberg as Richard Ayoade's The Double, which requires him, pretty literally, to meet himself coming and going.

Eisenberg plays Simon James, a milquetoast of a man, so meek and mild he goes through life unnoticed, and I don't mean that as a figure of speech. Seriously, people don't notice Simon James. Not his boss who greets him as if he's a brand new employee after seven years on the job. Not the office building's entry guard who has demanded his ID every morning of those seven years. Not his co-workers, or his neighbors, or the copy machine gal (Mia Wasilowska) on whom he has a crush, though she's never learned his name.

Simon James simply makes no impression on people. Then one day, a new guy shows up who is less invisible than Simon James — James Simon (Eisenberg again). And to Simon's consternation, James is instantly an office superstar — popular, outgoing, the boss' pet, and the copy machine gal's big crush. This, although no one but Simon seems to notice that they look alike. Asked if James reminds him of anyone, a co-worker replies "who'd you have in mind."

Ayoade, who's a comedian as well as a filmmaker, gives all of this zip and comic timing, though he's not made The Double funny, exactly. He's made it weird and dark and fiercely retro (Terry Gilliam's Brazil is an obvious inspiration), and filled it with clanking, groaning machines (that copier is the size of a small tank) to complement the office drones who act like cogs in a bigger machine.

This workplace-as-hellscape is not new territory, exactly — the story's based on Dostoevsky, plays like Kafka, and looks like an Orwellian nightmare. But who'd complain, since it lets Jesse Eisenberg offer what amounts to an acting master-class, illuminating diametrically opposed personalities as his nebbishy Simon and his increasingly manipulative James do things as ordinary as sitting down together in a diner.

Simon will ultimately come out of his shell, as his double's behavior veers into double-dealing and double-crosses, the devil in an existential hell that'll be familiar to fans of Russian literature, but that in a film at the multiplex, especially in blockbuster season, is as dark and as dazzling as it is rare.

Which of course, makes The Double doubly welcome.