Accessibility links
Questions For Earl Swift, Author Of 'Auto Biography' It's been a long and winding road for the '57 Chevy station wagon at the heart of Earl Swift's new book Auto Biography. Swift traces the car through 13 owners and a dramatic restoration attempt. 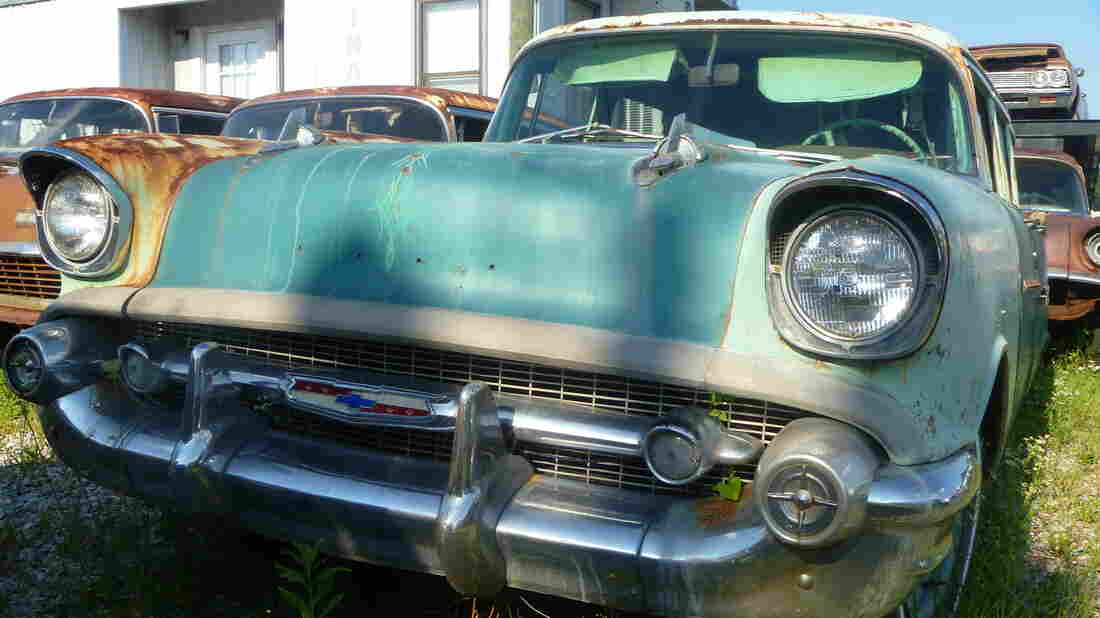 Earl Swift traced the history of this '57 Chevy wagon and all of its owners — here it is, rusting quietly on the lot of owner number 13, Tommy Arney, in January 2010. Earl Swift hide caption 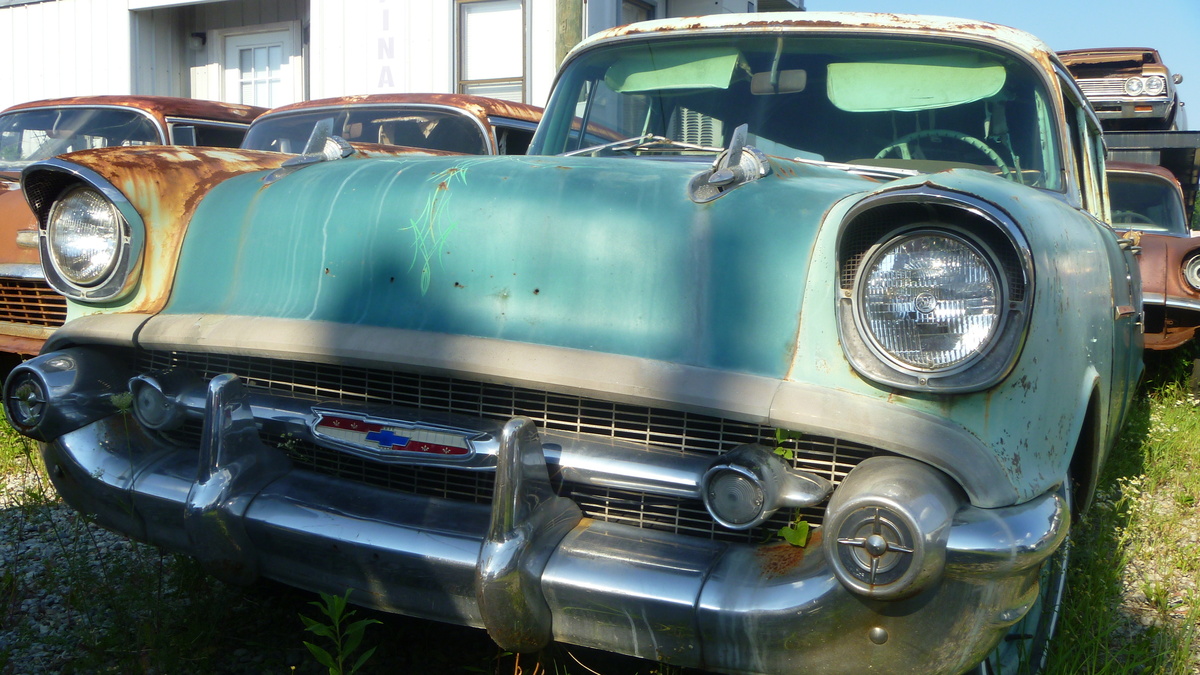 Earl Swift traced the history of this '57 Chevy wagon and all of its owners — here it is, rusting quietly on the lot of owner number 13, Tommy Arney, in January 2010.

This '57 Chevy station wagon was once pristine, the epitome of American automotive glory: two-tone green, with sweeping fins and enough chrome to blind pedestrians. But by the time journalist Earl Swift came across it, those days were gone, and it was subsiding gently into a heap of rust and torn upholstery. 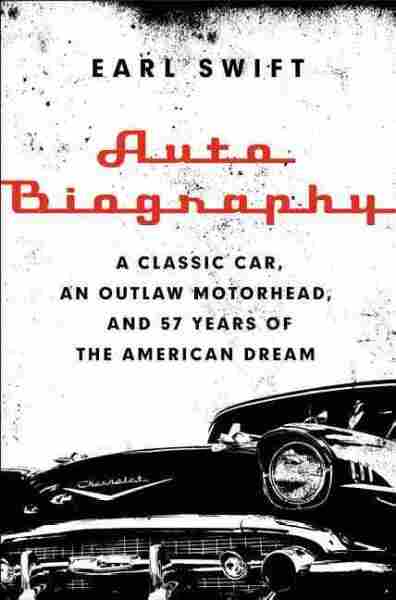 A Classic Car, an Outlaw Motorhead, & 57 Years of the American Dream

Then a newspaper reporter in Norfolk, Va., Swift had been looking for a local car with a story to tell, but it hadn't been an easy search. "I experienced a slew of false starts," he told me via email. "States don't hold onto title information the way they do the deeds on houses, say, which meant I had to find a car whose every owner remembered enough about the person he or she bought it from that I could track the seller down. But eventually, I got lucky: I found a decrepit '57 Chevy owned by a born-again Christian garbageman in Chesapeake, Virginia, and was able to piece together its ownership history — 11 people, at that point — to the day it rolled off an assembly line in Baltimore."

Swift originally chronicled the Chevy's life for the Norfolk Virginian-Pilot. By the time he began working on his new book, Auto Biography, the car had passed through another two owners and ended up with a man named Tommy Arney, who owned a salvage yard and used car lot just over the state line in Moyock, N.C. "He proved to be the driving force behind the resulting tale," Swift says.

What is that tale, exactly? It's not just about the car.

No, it's not — it's more a story of a changing America, told through one car and the odd and intriguing cross-section of humanity that's gripped its steering wheel. We're the most automotive people on the planet; driving is a nearly universal experience, a big part of what it means to be American, so a car — particularly an iconic car like the '57 Chevy — makes for a good narrative centerpiece.

It's also a tale of redemption, both human and mechanical. When the book opens, the Chevy is a rusted heap, seemingly too far gone to salvage, let alone save — and Arney, who attempts its rescue, is a felon and a fifth-grade dropout who's been written off, himself, as beyond salvation.

What's surprising is that the Chevy at the center of this book isn't the Bel Air coupe of our dreams: It's a station wagon, which today is a symbol of tired suburbia.

Well, bear in mind that when this car came off the line, suburbia wasn't tired — it carried the wildly attractive promise of fresh air, elbow room, safety and privacy to a country that had endured back-to-back wars, rationing and a terrible housing shortage over the preceding decade. The station wagon was an emblem of that carefree suburban lifestyle — and so it became a status symbol, the equivalent of today's high-end SUVs and crossovers. You paid more for a wagon in 1957 than you did a sportier coupe.

Because this is a book that charts the shifting American dream over the life of the car — and especially, each owner's relationship to the suburban ideal represented by the Chevy when it was new — a wagon was actually good casting. 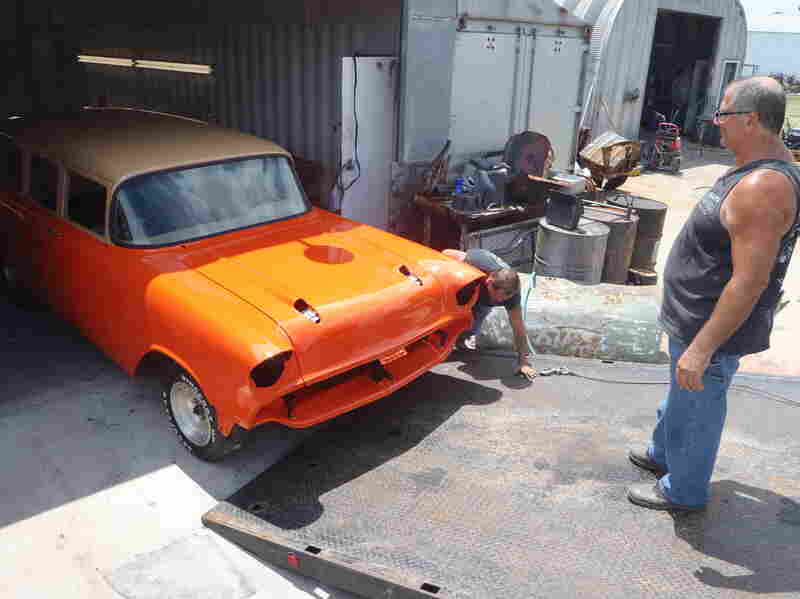 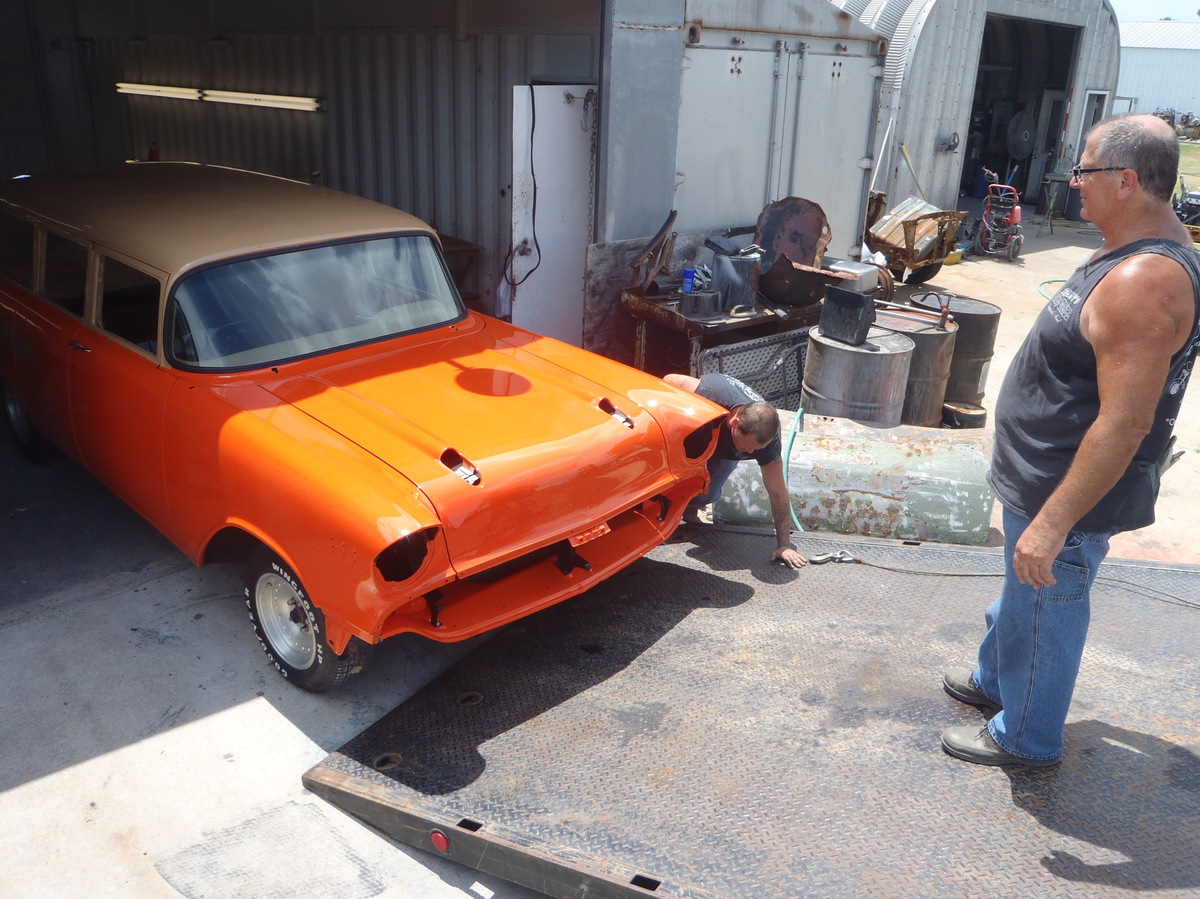 The story of the car unfolds alongside the story of Norfolk, VA, where it was first sold — but more importantly that of Tommy Arney, its 13th owner. Tell me more about him.

He's what my dad would call a rough customer — a guy with a violent past who has cleaned up his act in recent years, but in whom a capacity for bloody, bare-knuckles mayhem continues to smolder. One of his memorable fits of temper came when an associate wrecked a car Tommy had loaned him, then lied about it once too often. Tommy knocked him out and bored into his kneecap with a Black and Decker cordless drill.

His attempt to rescue the Chevy is threatened by a number of distractions, some of them tied to this rugged past, but this is no simple thug. He's smart, generous, funny, and maybe the hardest-working guy I've ever met. A lot of people call themselves self-made. Here's the real deal.

Where's the car now? And what does it look like?