Accessibility links
When States Can't Control Violent Youth, Is Prison The Answer? A Connecticut judge has approved a rare request from the state's child welfare agency: to move a transgender teen to adult prison, even though she has not been charged with a crime. 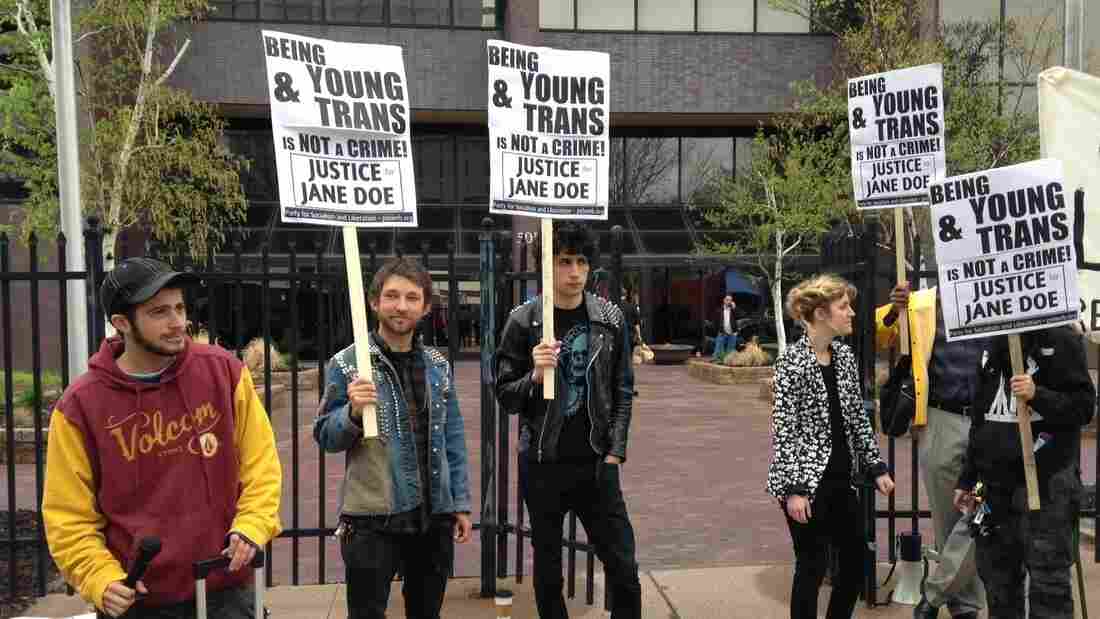 Protesters rally outside the Department of Children and Families in Hartford, Conn., in April. The state's decision to send a transgender teen to adult prison has galvanized juvenile justice and LGBT advocates. Lucy Nalpathanchil/WNPR hide caption 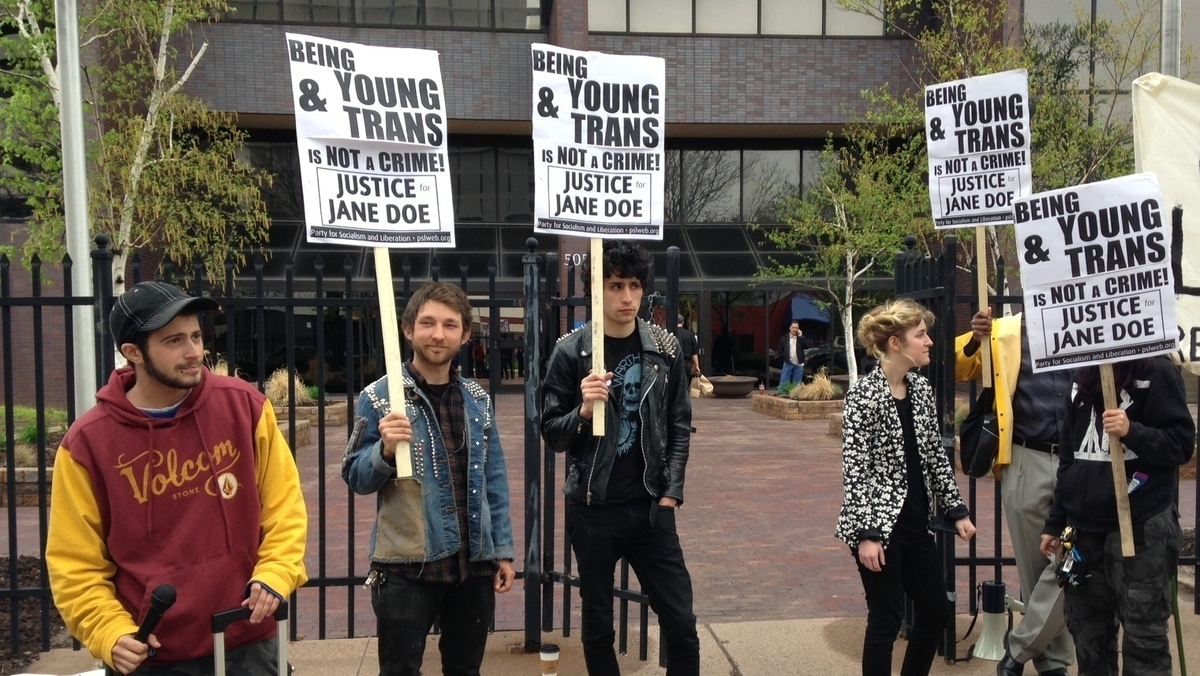 Protesters rally outside the Department of Children and Families in Hartford, Conn., in April. The state's decision to send a transgender teen to adult prison has galvanized juvenile justice and LGBT advocates.

More than 4,000 children are in the custody of Connecticut's Department of Children and Families. But it's one girl, known as Jane Doe, who has galvanized advocates for juvenile justice reform and LGBT youth.

Last month, a Connecticut judge approved a rare request from the state's child welfare agency: to move the 16-year-old transgender girl to an adult women's prison. She has not been charged with any crimes, but the state says she's too violent for a juvenile facility. Advocacy groups nationwide have criticized the move, saying prison is not the right place for a teen with a history of trauma.

Joette Katz, commissioner of the Department of Children and Families, has been the target of recent protests but is standing by her decision to move Jane Doe into the adult facility.

"She engaged in some of her typical — I hate to say typical — but some behaviors. Assaulting youth, grabbing hair, punching," Katz says. "But the one that really was the final straw, frankly, was the one that occurred at the end of January."

I am suffering in here ... I cry in bed every night.

That's when Jane Doe fought and injured a staff member at a Massachusetts facility for girls. The staff member didn't press charges, but the program sent Jane Doe back to Connecticut. Katz says it was just one of more than a dozen assaults on staff and youth by the teen, and that it proves she's too dangerous for any DCF facility.

The girl has a long history of being sexually and physically abused. She has been in multiple residential programs since she was 9, and some of the abuse allegedly happened while she was in DCF care. Experts say this kind of trauma can make children violent.

"The kind of abuse that she was apparently subjected to, or even witnessed, has a significant impact on the way these youth respond," says John Tuell, executive director of the RFK National Resource Center for Juvenile Justice.

Tuell says there are many children like Jane Doe who've been abused, removed from their homes and then act out. But that doesn't mean that states should send a complicated child to prison, he says.

"This step that was taken by Connecticut puts this youth at higher risk for continued failure," Tuell says. "It would not be hard to argue that this was simply another factor that contributed to that downward spiral."

Tuell says Connecticut's move is surprising because the state is considered a leader in juvenile justice reform. Over the past two decades, the state has reduced the number of youth in its prisons.

Jane Doe's supporters believe her gender identity caused the state to treat her differently, but DCF has long recognized her as a female and had placed her in several programs for girls before it asked a court to transfer her to prison.

Connecticut's Child Advocate Sarah Eagan has been part of the negotiations between DCF and the teen's attorneys to find a more appropriate place for the girl. Eagan says states have to do more to reach all troubled kids, transgender or not.

LGBT advocates say it can be especially tough to find a nurturing home for transgender youth, who often are discriminated against by their own relatives. They point to a lack of foster families and other residential programs that will accept them.

Jane Doe has written letters to the DCF commissioner and to Connecticut's governor asking to be let out of prison. Since then, she's been moved from the mental health unit to a small apartment on prison grounds. Her attorney says she's still isolated, and corrections officers watch her around the clock.