Accessibility links
Review: Hundred Waters, 'The Moon Rang Like A Bell' All over its darkly shimmering second album, the band showcases a remarkable ability to pull listeners' strings. Hundred Waters' members make music to burrow deep into, to obsess over.

Review: Hundred Waters, 'The Moon Rang Like A Bell'

Review: Hundred Waters, 'The Moon Rang Like A Bell' 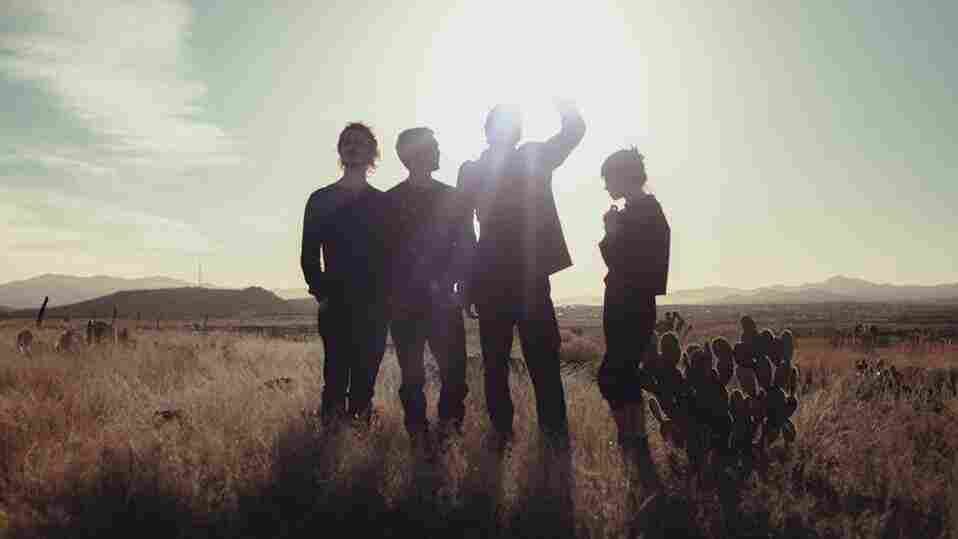 Hundred Waters' new album, The Moon Rang Like a Bell, comes out May 27. Courtesy of the artist hide caption 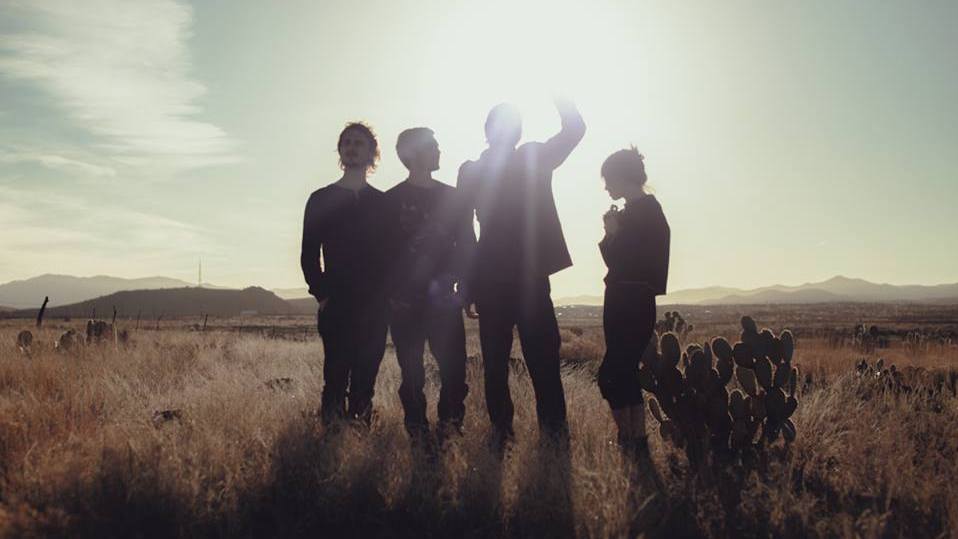 Hundred Waters' new album, The Moon Rang Like a Bell, comes out May 27.

It's counter-intuitive, but making deeply emotional music often comes across as a matter of restraint and timing, calculation and manipulation, rather than as an indulgence or purging. All over its darkly shimmering second album, Hundred Waters shows a new ability to pull listeners' strings. Think of musical intensity as an instrument to be mastered — twisted and pulled in different directions, not just dialed up or back. More than the electronics that take a front seat on its second album, The Moon Rang Like a Bell, that intensity is the primary element separating the band's new work from its earlier songs.

Singer Nicole Miglis has always had a subtle, understated way with melody and an impressionistic slant to her lyrics. On The Moon Rang Like a Bell, her bandmates (multi-instrumentalists Trayer Tryon and Paul Giese and drummer Zach Tetrault) have figured out how to construct songs around her so that every instrument — sometimes electronic, sometimes organic, sometimes it's hard to tell — expresses distinct power and contributes to an atmospheric whole. Across these 12 songs, which the band recorded in half a dozen locations over three years (during which its members relocated from Gainesville, Fla., to Los Angeles), bass ripples soothingly, sun-warped synths flicker out and make your hair stand on end, drones hum and shiver, and drums chatter like teeth.

The only instrument in "Show Me Love" is Miglis' multi-tracked voice, which offers a prayer for personal strength: "Don't let me show cruelty / though I may make mistakes / Don't let me show ugliness / though I know I can hate," she sings. "Show me love." She's recorded so close to the mic that you can hear the click in her throat at the end of the word "mistakes." The effect is arrestingly intimate, freezing time for the song's 76 brief seconds.

Two songs later, in "Cavity," the band shows off its opposite extreme, dense and overwhelming. Miglis frequently sings just on the edge of a whisper and often near the top of her range, but she drops down into a lower register for the opening verse. "There's a man walking with a rope and a shovel in his hand / and he's digging down to clay / I lean back and watch the ceiling sway," she sings in a clear, low voice without a hint of growl, backed by a synth that sounds like an air-raid siren and a rattling beat. It comes off less like a plea than a warning of something ominous, an expression of vaguely formed fear or anxiety. Near the end of the song, everything peaks at once. Miglis' voice, multiplied and layered, is sent in different directions and then braided into something hypnotic and inhuman.

You can hear suggestions of the bands Hundred Waters follows — some of the best and most ambitious pop acts of the last 20 years — in many of its songs. The warmth in Miglis' voice, set against the the cascading chill of keyboards in "Out Alee," echoes Bjork's intimate masterpiece Vespertine. "No Sound" follows the deliberate drift of Radiohead album-enders like "The Tourist" and "Motion Picture Soundtrack." A fuzzy recording of "The Firedrake jammer" at the end of "Innocent" recalls Wilco's use of shortwave numbers-station transmissions on Yankee Hotel Foxtrot.

Hundred Waters' members make music to burrow deep into, to obsess over. In an email, Tryon told me about stitching one song together over a matter of years, starting with vocals Miglis sung into her laptop's microphone and ending with his attempt to emulate the ringing of tinnitus in his ears, a result of making the record. "We value the creation myths of our songs," he wrote. Even when those songs are relaxed and comfortable (the sweet "Xtalk," the surprisingly direct and upbeat "[Animal]"), there's a feeling that the comfort was hard won. "Down From the Rafters," a song I've listened to more than any other released this year, sounds both terrifying and triumphant. Every time I hear it, I find something new — a treasure partly shrouded, waiting to be uncovered, but placed there deliberately.