Accessibility links
The Secret Players In The Russia-Ukraine Game Is the Chechen military fighting for Russia in Ukraine? If so, these covert operations could have significant and dangerous consequences.

The Secret Players In The Russia-Ukraine Game

The Secret Players In The Russia-Ukraine Game 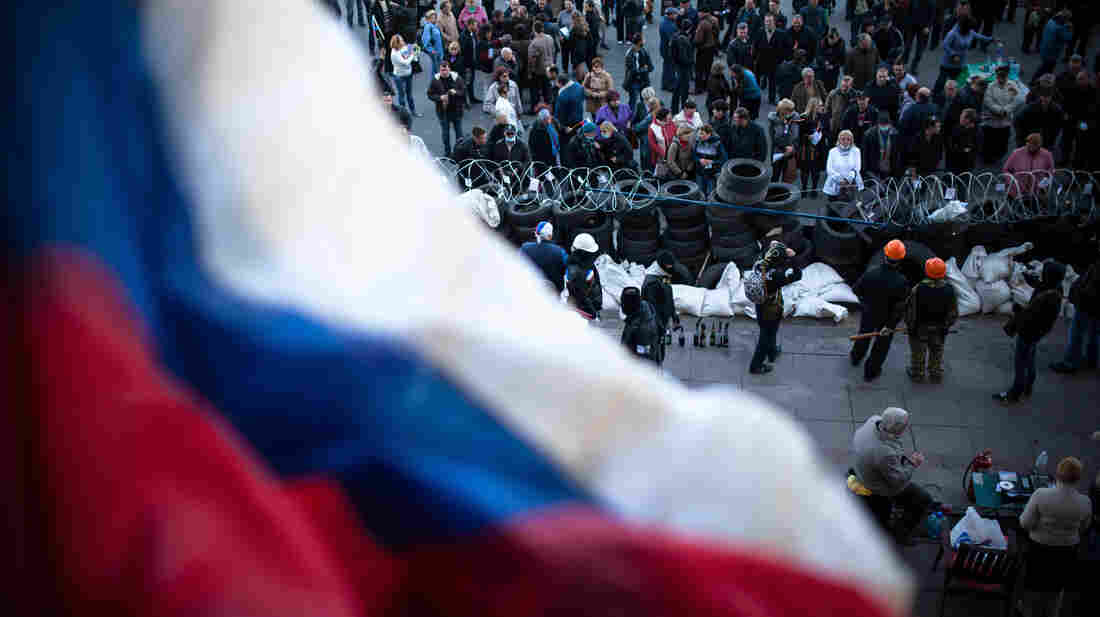 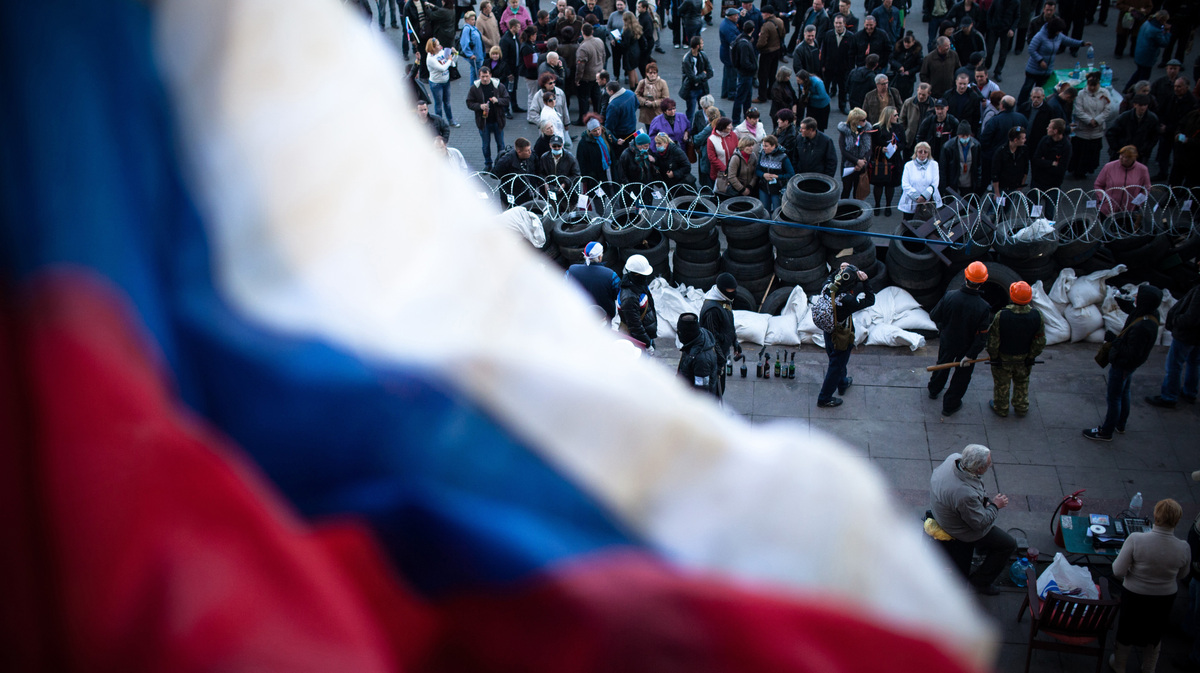 Pro-Russia supporters outside the Donetsk regional administration building in eastern Ukraine on April 8. Multiple reports suggest Chechen military involvement on the pro-Russia side.

This news analysis comes from OZY.com, one of NPR's content partners.

Keeping up with the battle in Ukraine? Then you must know of a man named Ramzan Kadyrov. No? Well, that's because he's the Instagram dictator staying in the background, behind the curtain, asking people to pay no mind to the Chechen military fighters he might be ordering over to fight for Russia.

Ramzan Kadyrov is the president of Chechnya, a Russian republic situated in the North Caucasus region. Multiple reports from Russia, Chechnya and Ukraine suggest that there is Chechen military involvement in the eastern part of Ukraine, fighting on the pro-Russia side. While the number of Chechens in Ukraine is hard to gauge and their existence difficult to prove, even a small number could have a deep significance.

To understand why this is important, one must first understand how Russia (and many of its supporters) plays ball. In a word? Subversively.

"What's going on with Ukraine is a classic covert operation," says OZY contributor and former deputy director of the CIA John McLaughlin. "The Russians probably won't have to go in militarily with special forces because they are gradually stirring it up, co-opting it." Multiple Russian experts assume that what we see on television from Ukraine has been influenced by Vladimir Putin's intervention. 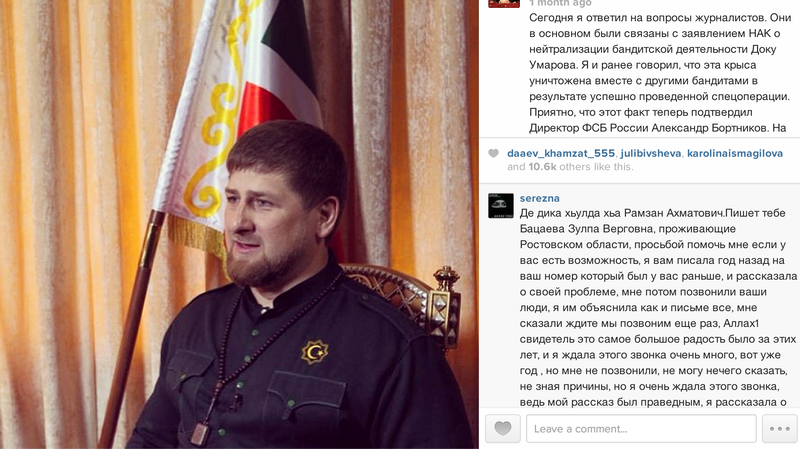 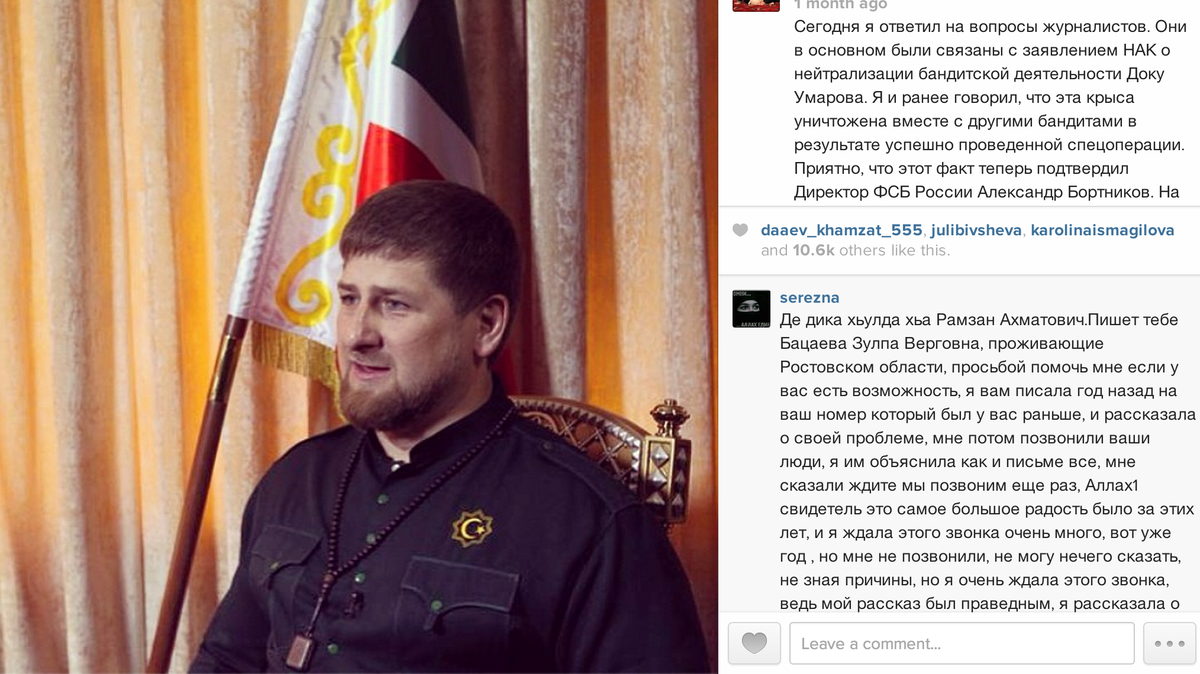 "Everyone assumes this is not spontaneously generated by someone who woke up and said, 'Hey, I'd like to be a part of Russia,' " says McLaughlin. "They are doing this very indirectly. Involving the Chechens in that would be also kind of classic, to the extent that you can confuse the adversary." He explains that confusion makes it harder for those who oppose Russia to know what to do next, which is ultimately the aim of covert actions.

There are a host of reasons why Chechens in Ukraine could add confusion. It would mean introducing fighters of a different nationality with motives that seem to clash with Russia's. Chechnya itself fought a separatist war against Russia in 1994-1996, briefly winning until it lost a second war in 1999-2000.

The wars turned into an Islamic insurgency in response to the Kremlin's actions, geographically and politically. Kadyrov and his father, both Muslim, fought against Russia in the first war, but changed sides in the second. Given this recent history, it seems like many Chechens would be sympathetic to those fighting against Russia in Ukraine, and not willing to take up arms on behalf of Russia.

So what would motivate Chechens to fight for Russia?

"Kadyrov is a man who has survived by taking positions that are more pro-Russia than Russia," says Paul Goble, a longtime specialist on ethnic and religious issues in the post-Soviet world. He says the Chechen Republic is vastly more Islamic today than it ever was before, and Putin looks the other way because Kadyrov constantly expresses his undying love for Russia.

Additionally, deploying fighters works to Chechnya's advantage because it gives them military experience in the field, something the Russian government denies them by hesitating to draft North Caucasians in big numbers, Chechens in particular. The government is worried that if it trains Chechens to use its weapons, they may turn around and use their training against Russia. 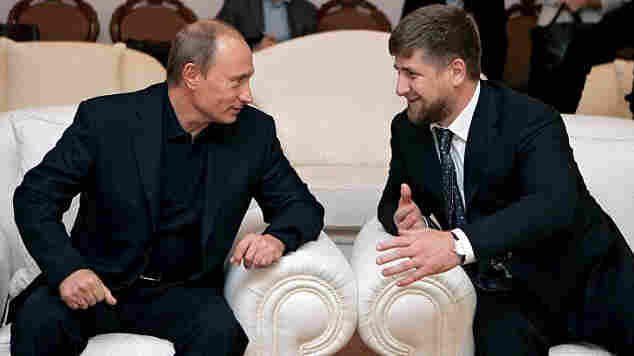 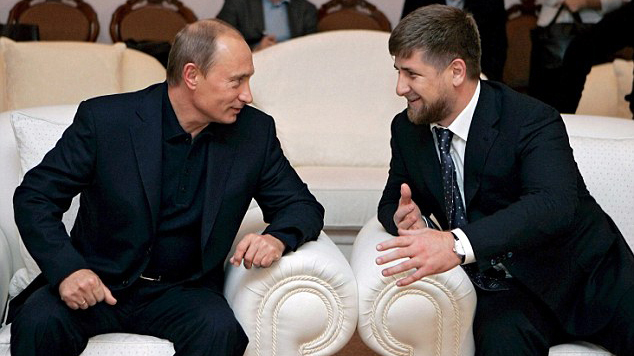 Chechen forces in the Ukraine can also serve as an implied threat to Russia itself, proving how many able-bodied men Kadyrov has at his beck and call. "I find it a fascinating play by Kadyrov, a very evil man who is not stupid," says Goble.

Goble points out that it may be hard for observers to distinguish Chechen forces in the eastern regions of Ukraine from the Crimean Tatars, since both groups are Muslim. "They look similar. They could do something, and the Crimean Tatars could be blamed," says Goble. "Then there'd be more support for tough measures against the Tatars because they [would be seen as] dangerous Muslims, like the Chechens."

The introduction of foreign fighters would eerily resemble the events leading to the escalation of the ongoing Syrian civil war.

The Tatars were deported from their homeland of Crimea by Stalin in 1944, but have returned en masse since 1989. They make up about 12.1 percent of the Crimean population and have been consistent allies of the Ukrainian government against Russia. Sunday marked the 70th anniversary of their mass expulsion, and thousands gathered in commemoration.

Adding Chechens to the mix could intensify instability yet have minimal consequences for Russia. Goble explains that Chechens have a reputation for being brutal fighters. Kadyrov himself has been suspected of horrific human rights abuses and runs an intensely thuggish regime. (He tries to counterbalance this reputation with pictures of fluffy kittens on Instagram.) However, Moscow could easily deny any responsibility for actions taken by Chechens, as nothing has been officially ordered by Putin.

In fact, Kadyrov himself is denying official Chechen military involvement. When acting Ukrainian Interior Minister Arsen Avakov said Chechens were fighting alongside pro-Russian rebels in Slovyansk, a town in east Ukraine, Kadyrov took to his Instagram to call this allegation "absurd." As Radio Free Europe/Radio Liberty's Liz Fuller points out, Kadyrov was careful to say "Chechen battalions" are not currently deployed in Ukraine, which does not really touch on the issue of informal military units.

Right now there is no definitive proof that Chechens are in Ukraine, just hearsay and YouTube videos. Kavkazcenter, the official website of the North Caucasus Islamic insurgency, posted a letter from a man who claims he was sent to Crimea and then to Slovyansk as part of a Chechen security force. Reuters spoke with a soldier who says he went to Crimea ahead of its voter referendum.

Recruitment centers in Grozny were reportedly asking for volunteer soldiers to fight in Ukraine, but the offices suddenly closed after stories about them were published. A Chechen student in Grozny alleges, via Russian blogger Oleg Leusenko, that residents were reluctant to volunteer, and recruiters called those people cowards and violently beat a man who refused to sign up.

Of course, this is not the world according to Kadyrov. "There are tens of thousands of volunteers in Chechnya who are ready to help those who are being abused by fascistic thugs, whose blood is being shed by the unlawful government of Kiev," writes Kadyrov, who can't resist a not-at-all-veiled threat even in a denial. "And if the Chechens really go to Slavyansk and other cities, you will see how people like Avakov flee from there, and will not stop even at the Western border of Ukraine."

Translation: We're not there — but if we were, you would know because you would be fleeing in terror. How thoughtful of the totally trustworthy Kadyrov to provide such ... reassurance.