Accessibility links
Be Wary And Bury The Very Scary 'I Wanna Marry Harry' Fox's latest reality dating show takes a page out of the genre's trashy, dumb past to suggest that it found 12 women who believe Prince Harry is on a reality dating show.

Be Wary And Bury The Very Scary 'I Wanna Marry Harry'

Be Wary And Bury The Very Scary 'I Wanna Marry Harry' 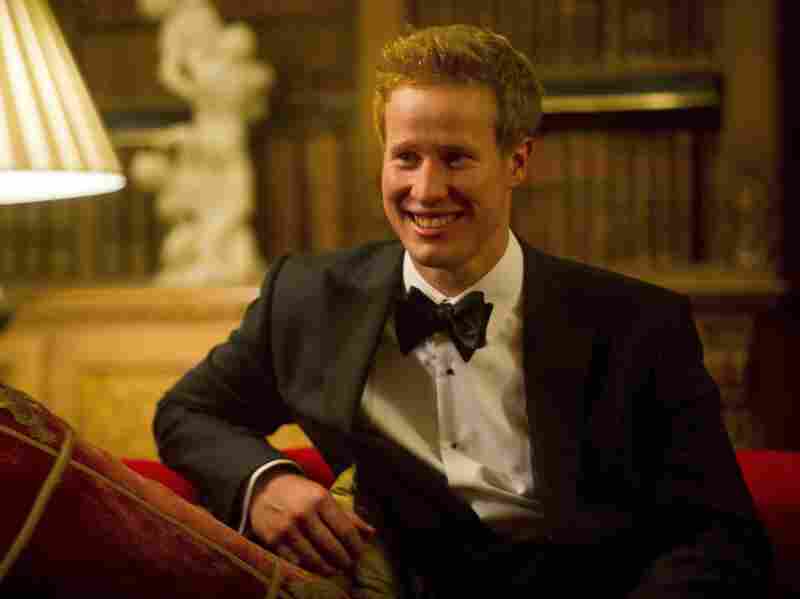 This is Matt. He looks slightly more like Prince Harry than you do. Chris Raphael/Fox hide caption

This is Matt. He looks slightly more like Prince Harry than you do.

Gather round, children, and I will tell you of a dark time. A cruel time.

It was a time when reality dating shows were even worse than they are now.

Little remains of what was once a rich tapestry of such programming, if by "rich" you mean "smelly" and by "tapestry" you mean "garbage heap." Back in the day, Joe Millionaire featured a poor guy posing as a rich guy. Married By America resulted in nobody getting married. Monica Lewinsky hosted a show called Mr. Personality where the guys wore masks. Average Joe ended with a climactic twist where the woman confessed the terrible secret that she had once dated Fabio. (True story. True story.) Love Cruise and Temptation Island and Paradise Hotel and Eden Something Something all gave people opportunities to walk around in bikinis and dream the ultimate dream: of one day being able to get into a sweaty nightclub populated by other reality-show refugees on a Friday night.

Gradually, like a surging tide of fetid water with rotted fish floating in it, this particular fad slowly faded. All that was left of this era, the single gleaming salmon judged marginally safe to eat, was The Bachelor franchise, which totters along drunkenly, both figuratively and literally, as its participants engage in a sort of premarital trial by combat in which the prize is a bland and/or terrible person delivered to you, caked in makeup, on a silver tray made of the internet.

But with summer approaching, Fox has decided to revisit that terrible old time, much as one might decide to become a historical reenactor specializing in plagues of locusts, with I Wanna Marry 'Harry,' a show that posits that women stupid enough to believe that Prince Harry is trying to find a wife on a Fox reality show are nevertheless interesting enough to treat as humans rather than props. We are told that he is just Matt, an average guy, but the women are led to believe he is Prince Harry.

It should be said first that I Wanna Marry Harry is, above all else, patently and ferociously fake — an accusation often leveled against reality television of all kinds despite being deserved to varying degrees. There are, after all, Bachelor couples who got married and had kids. That show is, let's say, 70 percent fake. I Wanna Marry Harry is about 112 percent fake, with the extra 12 percent coming from the fake butler who's been piled on top of the fake dating — just like Joe Millionaire's butler was.

Consider the very idea that 12 real human women who, in many cases, profess an affinity for Prince Harry could "believe" this story. Could "believe," that is, that a member of a royal family that is historically so private that the very idea of their wearing underpants would probably get you thrown out of the country if you mentioned it in print would suddenly decide to find a romantic partner by asking Fox to go round up some models and actresses and model-actresses. (Plus a couple of special education teachers and other brains-y types who are probably there to be disapproving of everyone else.)

Could "believe" that while royal spouses are probably vetted with a vigor normally reserved for Supreme Court nominees, the family (gazillion-dollar industry that it is) was willing to substitute bikini strutting.

Could "believe" that people who prefer not to be seen in public acknowledging they have a nose, let alone picking it, would send a young fellow who could under not implausible circumstances become king off to rub elbows and other parts with a bunch of fame-seeking Americans.

Gaze upon these women, and you will realize that even these women — even these women -- cannot possibly believe such a thing. They can only be in on the joke. Only. No, this is not even the bent and massaged reality of The Bachelor; it is pure fantasy. And the fantasy is not romance, as the show might have you believe. The fantasy is comeuppance for vain, beautiful, terrible, greedy women. Oh, sure, Matt may wind up picking one of them and confessing he's not a royal, and she may say, "Oh, that's okay!" and leap into his arms. But the real fantasy here lies in week after week watching as woman after woman reveals herself to be a grubbing, grasping, infantile harpy for wanting what the show is dangling in front of her, as well as a moron for believing it's the truth.

Believe it or not, there were bad old days of reality dating shows, and this is what they were like. Fake, cheap, witless and mean, in a way that makes The Bachelor look like Anna Karenina. This is woman-hating television for women, times 10, turned up to eleven, with a side of fries. Summer will provide opportunity after opportunity to enjoy frivolity made with substantially less malice than this, not to mention frivolity that doesn't immediately create the sense that Nickelback's "How You Remind Me" is about to come on the radio.