Accessibility links
Heir To A Jazz Legacy, A Trumpeter Finds His Own Way Theo Croker is a descendant of old-school New Orleans jazz royalty, but his fusion of different genres is anything but traditional. 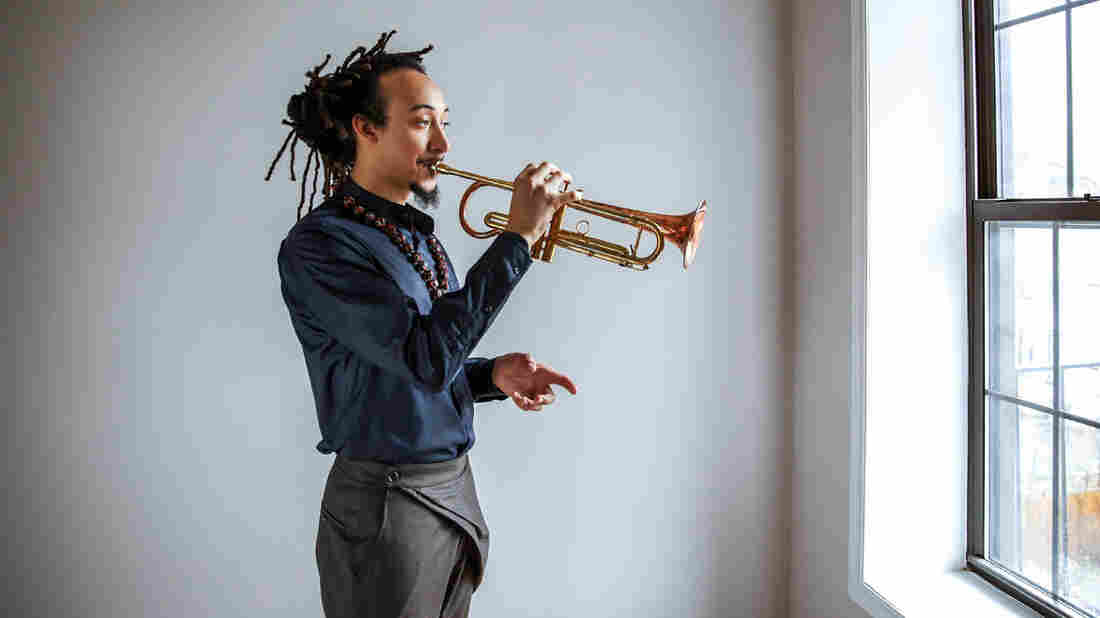 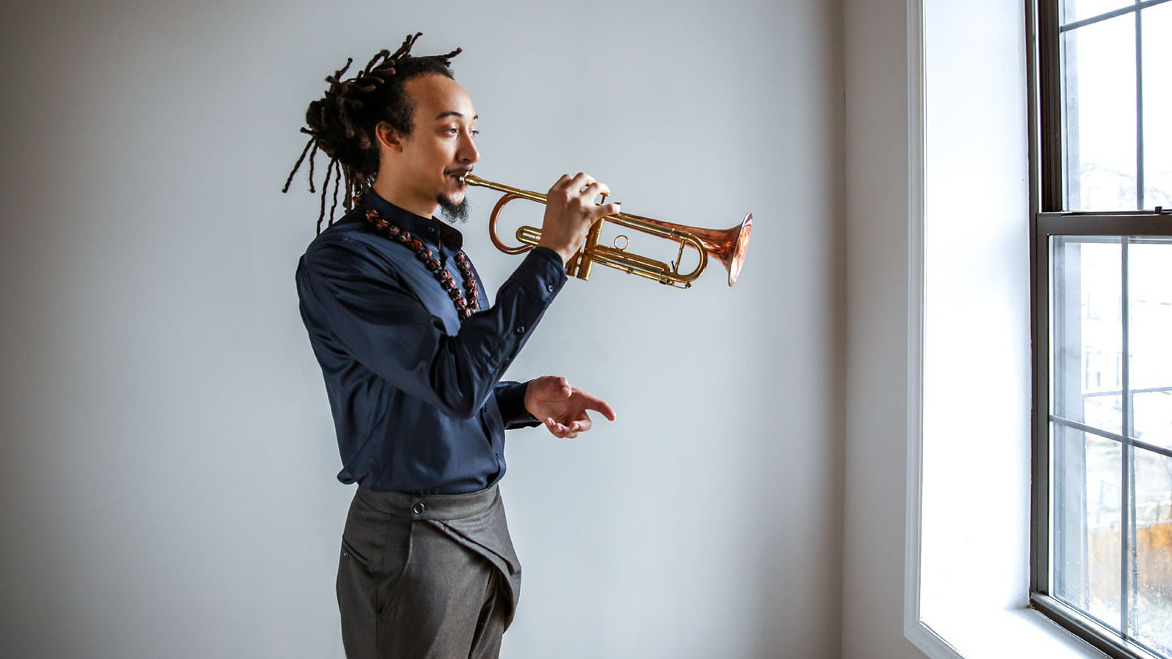 Thomas Brodin/Courtesy of the artist

Jazz composer and trumpeter Theo Croker opens his new album, AfroPhysicist, with an ode to his grandfather: New Orleans jazz great Doc Cheatham. The thing is, Croker didn't grow up in New Orleans or any other jazz hub. He's from Jacksonville, Fla., and he was just a child when his grandfather died in 1997. It wasn't until his grandfather's memorial services — attended by jazz legends — that he decided to join the legacy.

"I didn't understand what a legacy was," he tells NPR's Audie Cornish. "I just wanted to play the trumpet 'cause it was loud. I was a 12-year-old going to jazz concerts and listening to jazz CDs. It was very strange."

Croker went on to study at the prestigious Oberlin Conservatory. One of his early gigs out of school took him down an unexpected path — to Shanghai, and a new approach.

"For the longest time I was a jazz purist," Croker says. "When I left the United States and I would see how people started to react to different kinds of music, then I started to become influenced by other kinds of music."

He stayed in China for almost seven years, where he played with everyone — jazz ensembles, salsa bands, DJs — and met legendary jazz vocalist Dee Dee Bridgewater, who produces and sings on AfroPhysicist. Hear more about where those early connections took his career at the audio link, and check out a handpicked playlist of songs that have influenced him, available now on Spotify.