Accessibility links
Supreme Court Ruling Not Enough To Prevent Debtors Prisons In 1983, the high court ruled judges can't jail people because they're too poor to pay their fines and fees. But an NPR investigation found judges still use jail time as punishment for nonpayment. 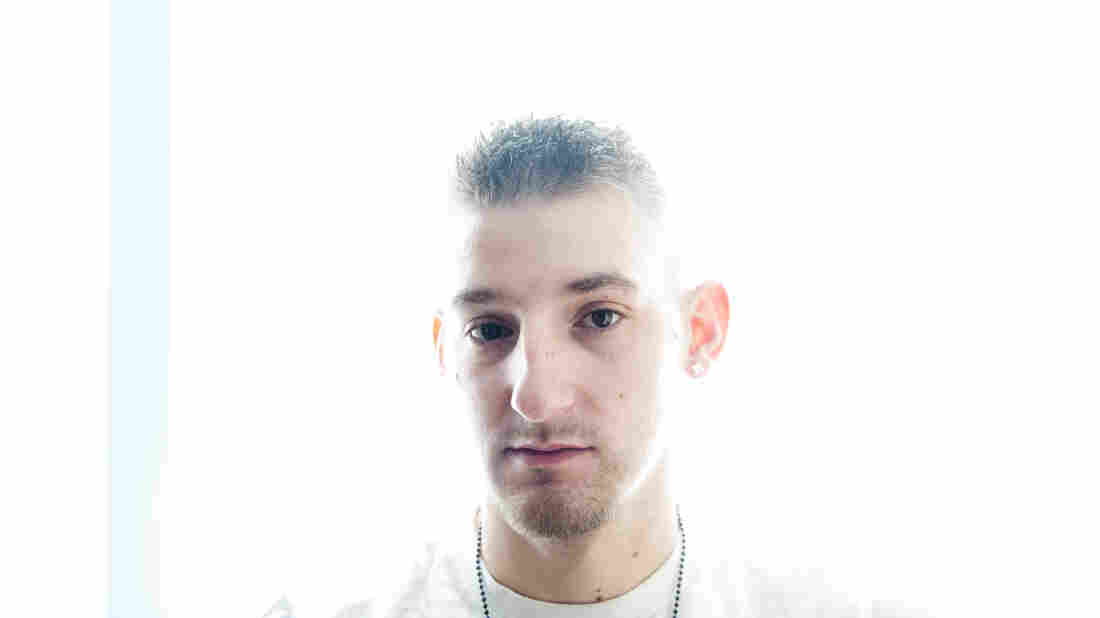 Stephen Papa was sentenced to 22 days in jail, not because of his original offense, but because he couldn't pay the court fines and fees. Grant Hindsley for NPR hide caption 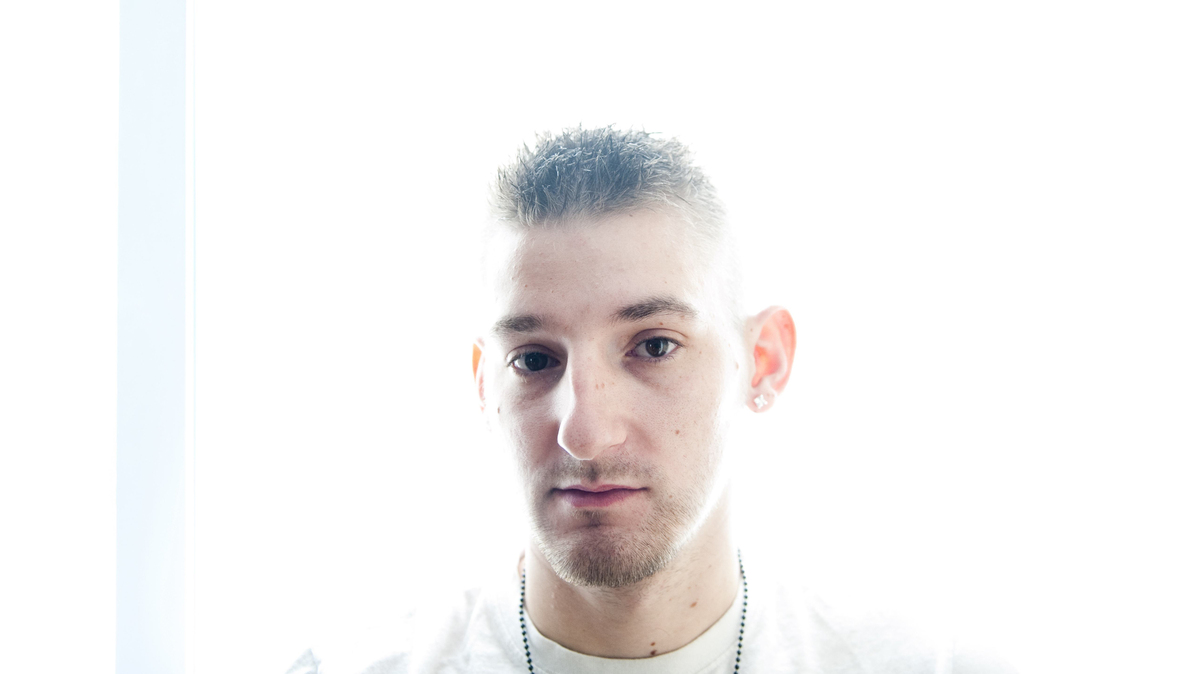 Stephen Papa was sentenced to 22 days in jail, not because of his original offense, but because he couldn't pay the court fines and fees.

Debtors prisons were outlawed in the United States nearly 200 years ago. And more than 30 years ago, the U.S. Supreme Court made it clear: Judges cannot send people to jail just because they are too poor to pay their court fines.

That decision came in a 1983 case called Bearden v. Georgia, which held that a judge must first consider whether the defendant has the ability to pay but "willfully" refuses.

NPR's yearlong investigation included more than 150 interviews with lawyers, judges, offenders in and out of jail, government officials, advocates and other experts. It also included a nationwide survey — with help from NYU's Brennan Center for Justice and the National Center for State Courts — of which states are charging defendants and offenders fees. Findings of this investigation include:

However, the Supreme Court didn't tell courts how to determine what it means to "willfully" not pay. So it's left to judges to make the sometimes difficult calculations.

An NPR news investigation has found there are wide discrepancies in how judges make those decisions. And every day, people go to jail because they failed to pay their court debts.

In Benton County, Wash., for example, jail records obtained by NPR and sampled over a four-month period in 2013 show that on a typical day, a quarter of the people who were in jail for misdemeanor offenses were there because they had failed to pay their court fines and fees.

Judges say it's difficult to determine who can and cannot afford to pay their fines and fees. Often a probation officer or a court official will make a recommendation based on an interview with the defendant or based on a questionnaire.

Some judges will tell an offender to give up their phone service, or quit smoking cigarettes — and use the money instead to pay court debt.

Some judges will tell people to get the money from family members or to use Temporary Aid to Needy Family checks, Social Security disability income, veterans' benefits or other welfare checks to pay their court fees first — or else face going to jail.

And some defendants simply ignore the court and refuse to make any payment.

Judge Robert Swisher, a Superior Court judge in Benton County, says he'll make judgments based on how people present themselves in court.

"They come in wearing expensive jackets," he says referring to defendants who wear NFL football team jackets, "or maybe a thousand dollars' worth of tattoos on their arms. And they say, 'I'm just living on handouts.' "

If the jacket or tattoos were a gift, he tells the defendants they should have asked the giver for the cash to pay their court fees instead.

Attorneys who defend poor clients say the Supreme Court's Bearden decision requires courts to more formally consider a defendant's ability to pay. But they say it almost never happens. Defendants don't know their right to ask for a hearing and, for judges, those could clog up the court schedule.

"It's not that it's wrong to charge people money as a way to punish them," says Miriam Aukerman, an attorney with the American Civil Liberties Union of Michigan. "But there have to be alternatives for people who can't pay. And that alternative cannot be: incarceration if you're poor, payment if you're rich."

She faults judges for not doing enough to find alternatives to fees for impoverished defendants, such as assigning more community service or even waiving some fines and fees.

NPR surveyed laws in 50 states and the District of Columbia and found that defendants get charged for a long list of government services that were once free — including ones that are constitutionally required.

In at least 41 states, inmates can be charged room and board for jail and prison stays; in at least 44 states, offenders can get billed for their own probation and parole supervision; and in 49 states, there's a fee for the electronic bracelet that monitors people when they're out of jail.

The survey also found, with the help of the Brennan Center for Justice at New York University School of Law, that in least 43 states, defendants can be billed for a public defender.

Those fees often add up to hundreds or even thousands of dollars.

When people struggle to pay those fees, they have violated probation and can go to jail. The practice is called "pay or stay" — pay the fine or stay in jail.

Recent cases like what happened to Stephen Papa and Kyle Dewitt, however, illustrate how the Supreme Court's decision in Bearden may not be as effective as the high court's intentions.

Papa admits he was wrong that day last August in Grand Rapids, Mich., when he and some friends spent the day drinking, and then climbed to the roof of an abandoned building. They were arrested, and Papa was later sentenced to 22 days in jail — not for what he did that day, but because he couldn't pay his fines.

Papa was a homeless veteran of the Iraq War, who was living on friends' couches.

When he appeared in court the month after his arrest, the judge expected him to pay an installment on the $2,600 he owed in restitution, fines and court fees. The judge wanted $50, but Papa had only brought $25 to court that day.

Papa says he tried to raise the money by doing chores. He was able to build a shed for a friend's grandparents. But the judge in Grand Rapids District Court said he could have tried harder, and made money by collecting cans or cutting grass.

Before Papa walked into court that morning, things were starting to get better for him. Just the week before, he had found a good-paying job making $12 an hour at a small steel factory.

But that's what happened. Papa lost his new job. He went to jail for three weeks, and when he came out someone else had filled it. Today he's working as a security guard — but gets paid $4 an hour less than he was making at the steel plant.

The Fish That Landed Kyle Dewitt In Jail

Dewitt, also from Michigan, went to jail after he failed to pay his fines from catching a fish out of season.

Dewitt's problems began when, on a Michigan river in 2011, he thought he had caught a rock bass. But a Department of Natural Resources agent said it was a smallmouth bass, which was out of season.

At the time, Dewitt was 19 and the father of a baby boy. He had dropped out of school and lost his job bagging groceries. He says he tried to find the money to pay what he owed the court by knocking on neighbors' doors, offering to mow lawns or do chores. But he couldn't come up with the $155 he owed.

When he didn't pay, a warrant was issued for his arrest. He says there was confusion. Court officials said paperwork was mailed to Dewitt with instructions for paying off the fine in installments. But Dewitt — who as a teen moved from his grandparents' house to his mother's, to friends' houses — said he never received the letter.

He was taken to jail for nonpayment. A family member was able to pay the bail bondsman. And because that payment was for $175 — more than his original ticket — Dewitt thought the ticket was paid. So when he was summoned to court a few days later, the audio tape of his appearance before District Court Judge Raymond Voet makes it clear Dewitt was confident that the issue was behind him.

But as court officials explained that day, the $175 was simply the fee for the bail bondsman. None of it applied to his original fine, which had grown to more than $200. Dewitt had come with no money, but Voet demanded payment that day.

The judge then sentenced Dewitt to three days in jail. 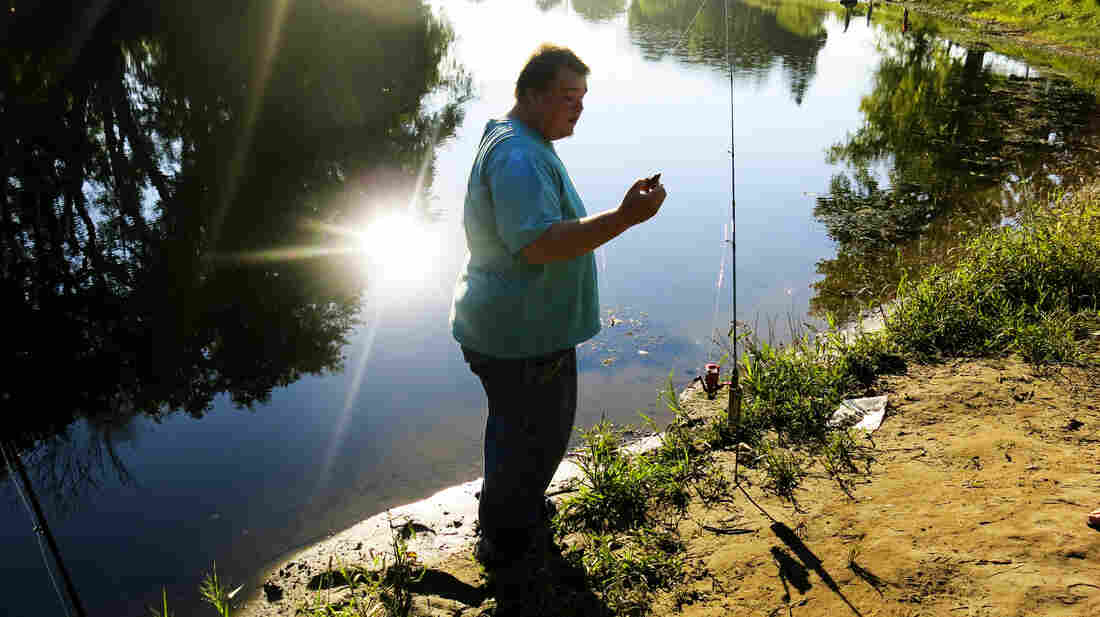 Kyle Dewitt was sentenced to three days in jail after he was unable to pay fees associated with catching a fish out of season. Joseph Shapiro/NPR hide caption

Voet says the court system can't work effectively if defendants are casual about things like paying court fees. There has to be respect for the law, he says, even on a minor violation.

"If I've got someone standing in front of me for something that's labeled a misdemeanor and they've failed to follow through with court orders on that," Voet says, "am I supposed to tell the rest of the world, the rest of the law-abiding citizens, that they're chumps and fools for having respected the law and respected the court's orders?"

Voet is known for holding everyone to the same rules. Last year, his own cellphone went off in the middle of an attorney's closing argument. The judge held himself in contempt and fined himself $25, saying those are the rules.

Still others say the rules on fees are unfair because the costs mostly hurt the poor.

One person who is not surprised that people are still going to jail for being unable to afford their fines is Danny Bearden, whose case led to the Supreme Court decision.

He was a young man when he was charged with breaking into a trailer. He was charged $750 in fines and restitution, but then he lost his factory job and couldn't find other work. He knocked on neighbors' doors, asking to mow lawns. When he couldn't pay the rest of his fines, he was sent to jail.

His case was assigned to a court-appointed attorney, Jim Lohr, who was just a few years out of law school. It was a routine, seemingly insignificant case, but Lohr spent long hours doing research in the county law library.

"It was a long shot, and I guess I just didn't know any better to ignore that," says Lohr, who now practices in Michigan. "So I went ahead with it."

Yet the issue at the heart of it — whether someone can go to jail for failure to pay fines and fees — bothered judges and reached the U.S. Supreme Court. Lohr flew to Washington, D.C., to argue it. The high court, in May 1983, ruled saying judges need to distinguish between who is too poor to pay, and who can but simply refuses.

Thirty-one years after his Supreme Court victory, Bearden is a supervisor at a small textile plant in rural Georgia.

He sees people — his co-workers, his neighbors, his friends — get charged for things like driving offenses. Only now, he says, fines and fees add up to thousands of dollars.

"These are poor people, OK? They got families and everything like that," he says. "They work a job. And even when they get behind in trying to pay, they go to jail."