Accessibility links
First Listen: Meshell Ndegeocello, 'Comet, Come To Me' The iconoclastic singer's 11th album is the sort of rich work that keeps changing inside the listener's head — an often-quiet set of songs with intense staying power. 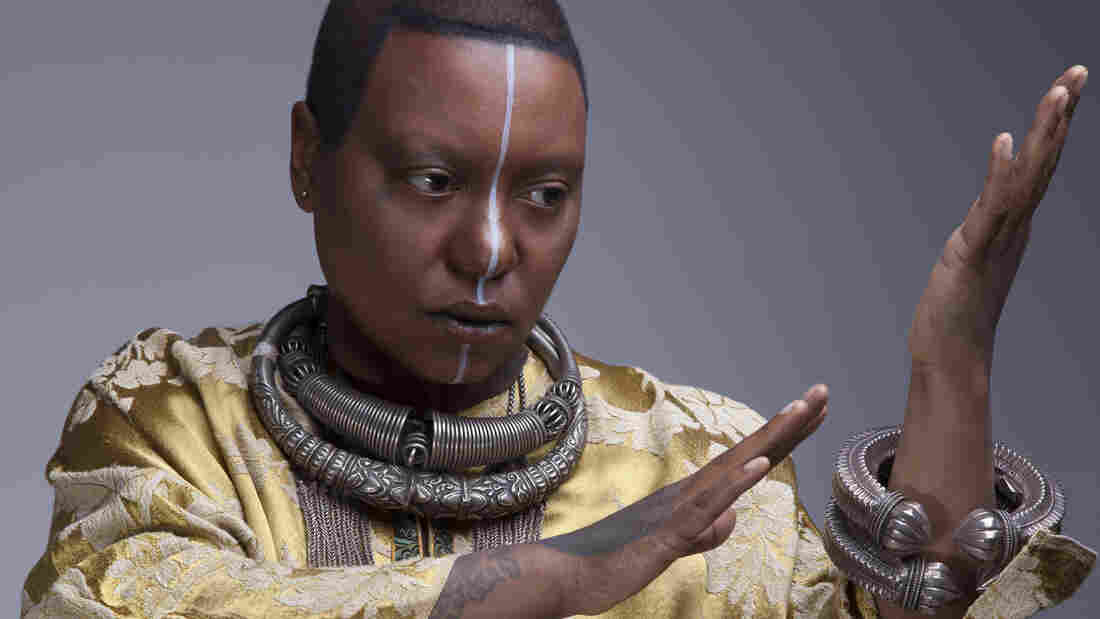 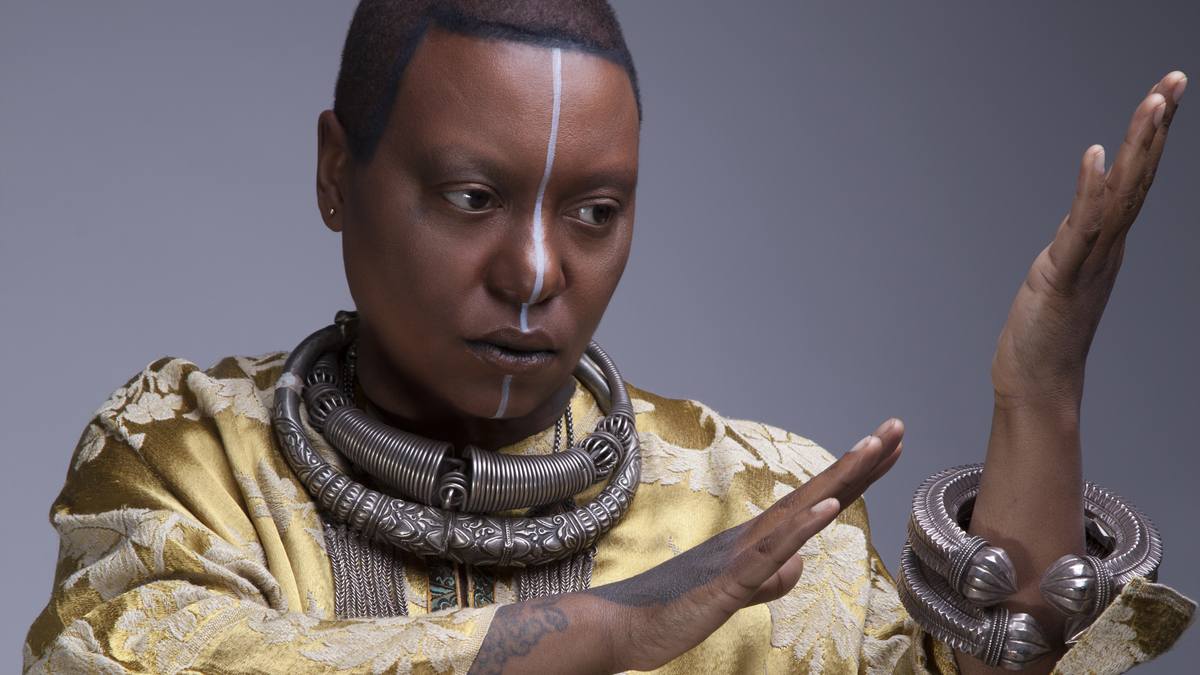 Jason Rodgers/Courtesy of the artist

Comet, Come To Me

"That's how I think of music, is just layers of patterns on top of patterns. And just the emotion of when you say something over and over again, to be understood."

Meshell Ndegeocello said these words during a musician's roundtable conversation I hosted in Seattle last month, explaining how she'd created the gravitationally irresistible title track of her 11th album, Comet, Come to Me. The song is a fascinating assemblage of slowly resolving fragments and arcs: a piano line that keeps resurfacing like a little obsession, an oceanic foundation of dub reggae rhythms, a vocal arrangement that tangles Ndegocello's reticent lead and Shara Worden's resolute harmonies until they seem to come from one brain. Ndegeocello builds this moving puzzle to tell a story of love sought, rejected and put aside, but never forgotten. It's as true an expression of day-to-day desire as I've heard in a song.

Comet, Come to Me unfolds in many similar directions, musically and emotionally, while amplifying Ndegeocello's already expansive artistry. It begins with a jazzed-and-screwed version of Whodini's "Friends" that updates that foundational hip-hop song to suit the slippery ties of increasingly virtual reality. Many songs here contemplate the stresses unresolved patterns place on human relationships: patterns of neglect in "Good Day Bad," of self-destructive behavior in "Conviction," of cruelty in "Folie a Deux." Elsewhere, Ndegeocello's spare, poetic storytelling goes beyond the interpersonal as she contemplates religion's hypocrisy, mental health and the exhausting American dream.

These heavy subjects become light and mobile on Comet, Come to Me through the peripatetic interplay Ndegeocello maintains with her band. Her core collaborators — Chris Bruce on guitar, Jebin Bruni on keyboards and Sylvester Earl Harvin on drums and percussion — help the singer and bassist not so much elude established genres like rock, jazz and R&B as meld and recombine them. Reggae remains a ruling element throughout Comet, Come to Me, as does hip-hop, especially the temporal dislocations of chopped-and-screwed music. But elements of Britpop, ambient music and jazz fusion also fall in and out of place in these songs. The album's guest list further confounds categorization: Detroit soul-funk player Amp Fiddler, Laurel Canyon psychedelicist Jonathan Wilson and Texas blues-rocker Doyle Bramhall are a few of the fluid characters who contribute to Ndegeocello's subtle, gentle-seeming annihilation of boundaries.

Comet, Come to Me follows Ndegeocello's powerful and altogether pleasing 2012 Nina Simone tribute, pour une ame souveraine, and time spent examining one of popular music's greatest iconoclasts has both empowered and centered her. Comet, Come to Me is one of those rich works that keeps changing inside the listener's head — an often-quiet set of songs with intense staying power. Patterns on top of patterns: Consciousness itself could be described that way. This album is like an ever-expanding slice of that infinite human resource.