Accessibility links
One Wealthy Couple's Mission To Save Marriages, En Masse An Oprah-endorsed self-help guru and his wife are devoting their weekends — and dollars — to large-scale, group relationship counseling sessions for couples who can't otherwise afford it. 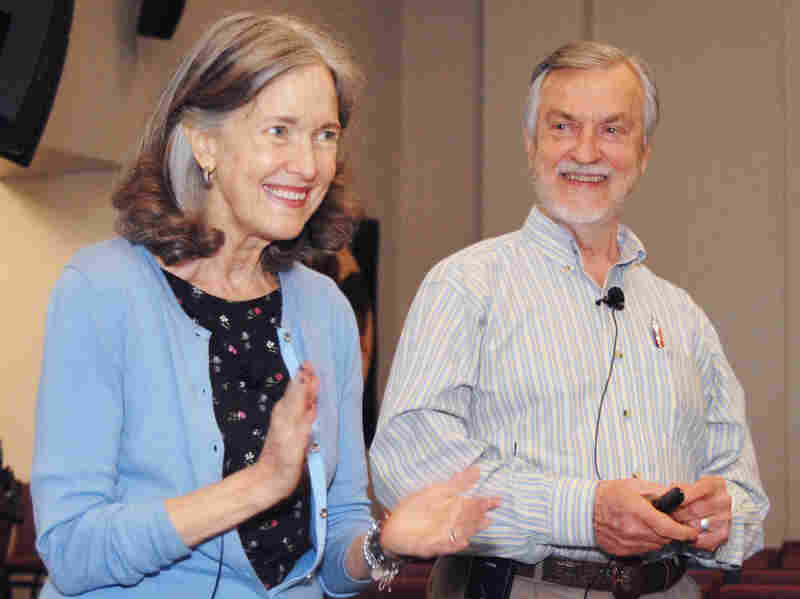 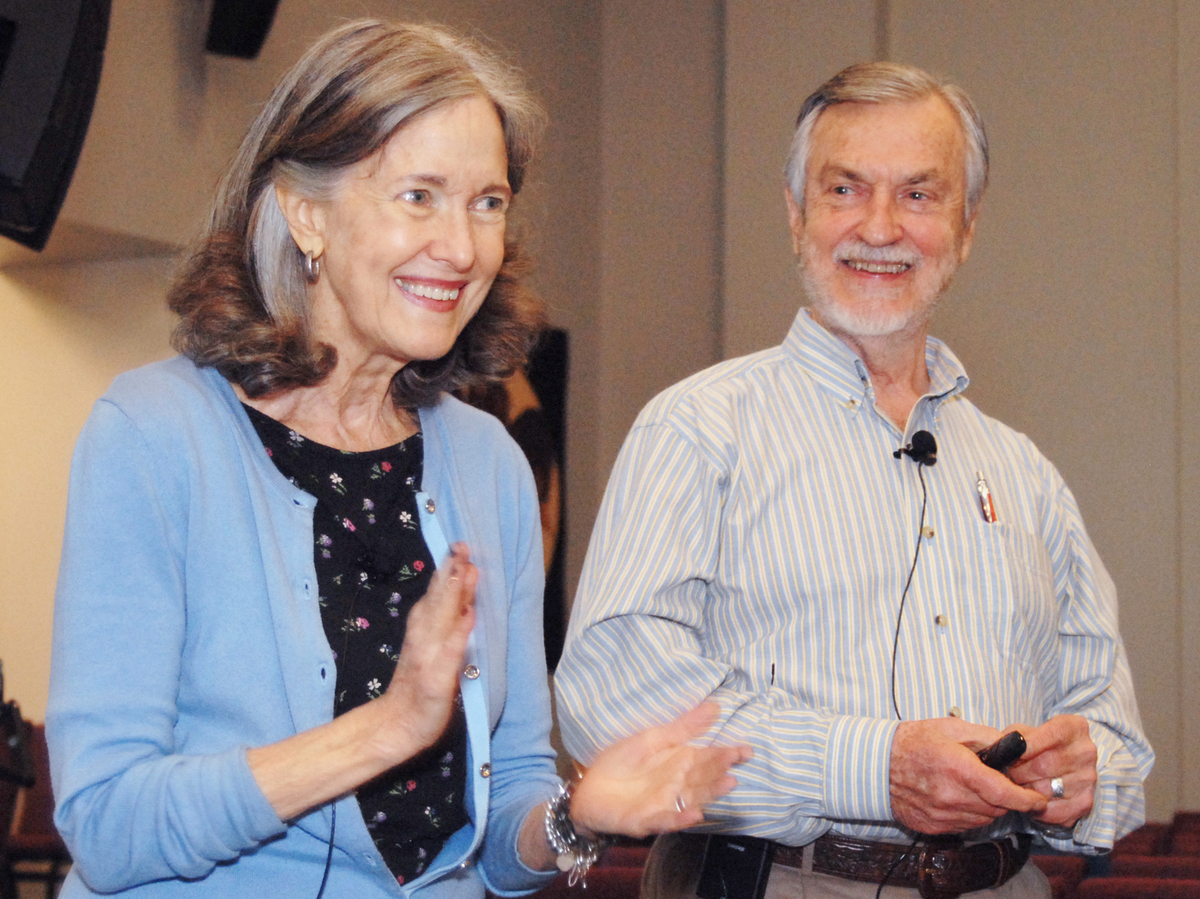 Self-help guru Harville Hendrix and his wife Helen LaKelly Hunt are offering free relationship therapy workshops to Dallas-area couples. Many of the couples who attend have never gone to relationship counseling.

At a church in South Dallas, in one of the poorest parts of town, the room is packed with hundreds of couples. They're sitting, holding hands and staring into each other's eyes.

Their hosts, multi-millionaire couple Harville Hendrix and Helen LaKelly Hunt, are on a mission: to save marriages. They're trying to saturate the city with relationship counseling at workshops like this one, aiming to reach couples who wouldn't or couldn't otherwise afford to attend conventional marriage counseling.

Harville Hendrix is working the crowd, joking and trying to ease the tension. "How many of you came because you just wanted to be here?" he asks. Most of the hands shoot up.

Then he asks, "How many people were dragged here?"

Hendrix, 78, is a silver-haired self-help guru who has sold millions of books that dissect why couples fight. Now he and Hunt, his wife, are traveling to schools and places of worship across Dallas, giving free marriage workshops in English and Spanish.

Gabby Palma is here with her husband, Luis Romero. She's practicing telling him what she appreciates about him — how he wakes up early every day to go to work as a contractor. His role is to listen and act like a mirror, repeating what he hears.

"Mirroring" is one of the techniques people learn at these workshops. Another skill is what Hendrix calls the "safe conversation."

"The thing that scares most couples — and where they hurt each other most — is when they talk," says Hendrix. "So we, in the safe conversation, help couples learn how to talk, and as they talk in this way, they begin to relax."

Palma says the technique has helped her and Romero — their relationship had become violent and she and the kids moved out.

"We were really scared that my husband would be locked up, my children would be taken away and our family would have been completely destroyed. Just because we did not know how to communicate in an effective way," she says. 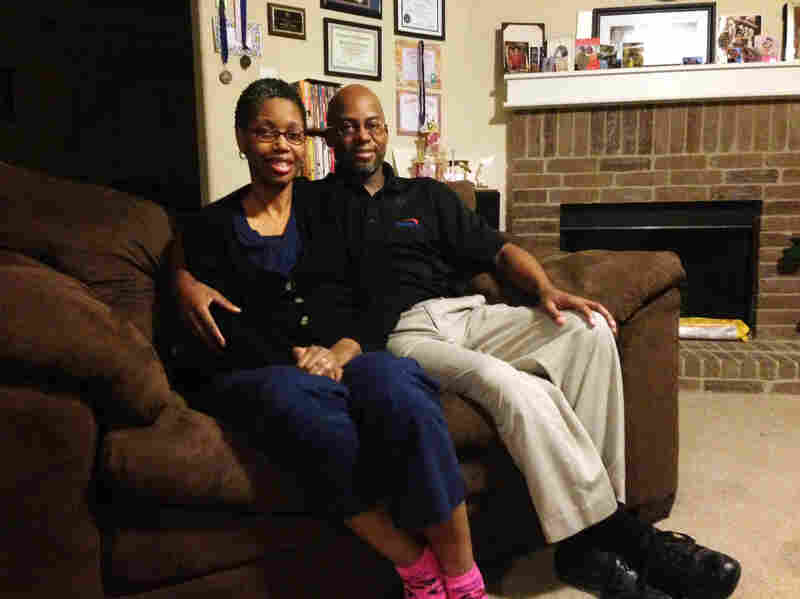 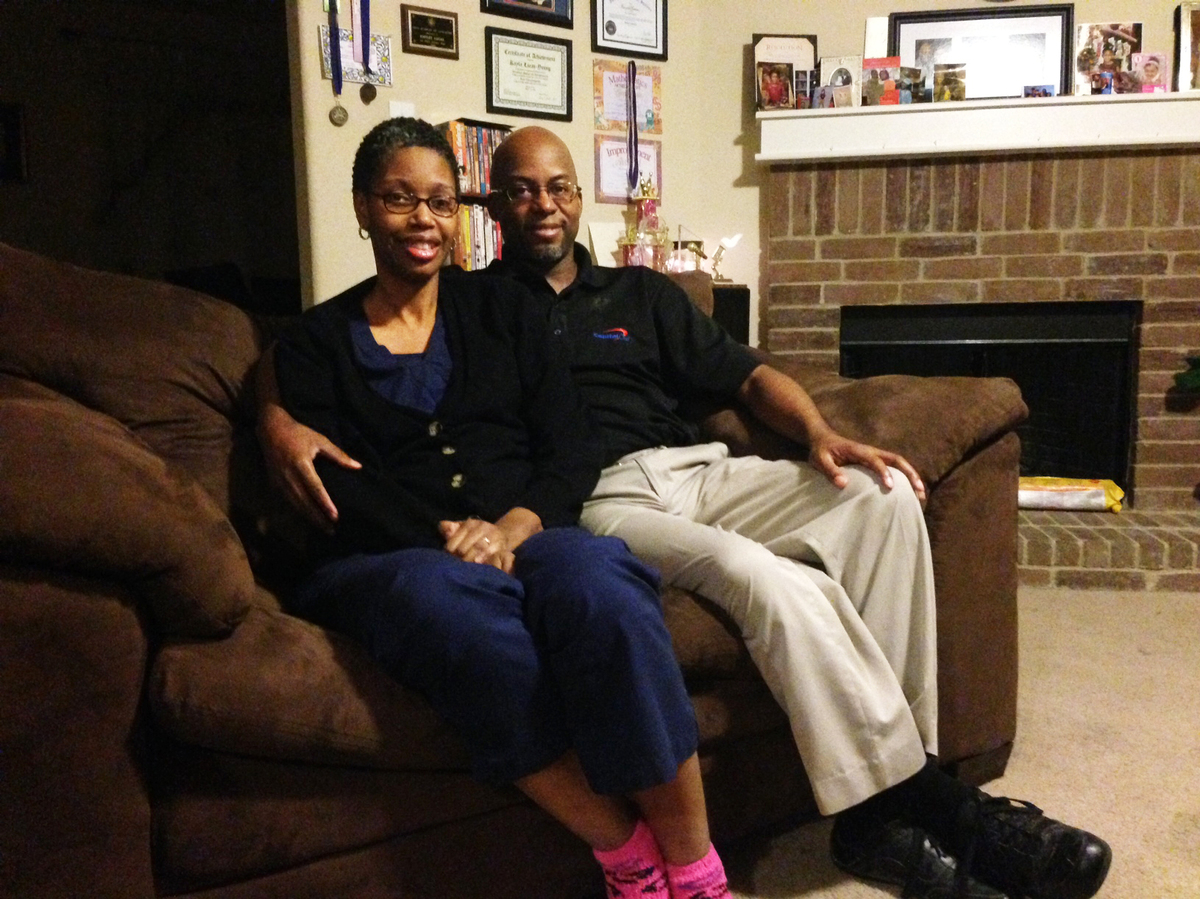 Kayla and Darrell Young of Lancaster, Texas, say the "safe conversations" model has deepened their relationship.

At one point, the crowd shouts, "You are amazing!" in unison. Loud affirmations and hugging requirements are also part of the therapy, which can make these workshops seem campy.

But Bill Doherty, a marriage therapist and professor of family social science at the University of Minnesota, says the exercises shouldn't be dismissed.

"Its respectable mainstream work. It's not flaky or goofy," he says.

Doherty says techniques like "safe conversations" aren't revolutionary, but that Harville and Hunt package it well.

"What most people do, in getting into a serious conversation, is make mistakes right from the beginning, like [saying] 'I don't know why you feel that,' then it's just downhill from there on in," he says. "So these are structured, sensitive ways to get into — and stay with — a delicate conversation."

"We fought every weekend. Grand Prairie police knew us by name, that's how bad it was," Young says. "At that time, all I knew was be heavy-handed, force her to listen to [me]."

Because of that, he says, he was determined to do things differently this time around. He's attending the workshop with his second wife, Kayla Young, who says that she had been mimicking the example set by her mother, who was married five times.

"The first years of our marriage guess who I was? I was [like] momma. Just always aggressive, like 'Oh, well you know what? I don't need you!' " Kayla says. "Because that's what I saw. A woman married five times equates to, 'I don't need a man,' you know? So it was like a light bulb went off."

Skeptics might see these workshops as a publicity stunt — a way to sell more books. Harville and Hunt both reject that idea.

"No, no, the fact is, we care about this whole city," Hunt says. "Harville had the idea of taking what is in the therapy office, that people have to pay a lot of money for, and making it ... simple and disseminating it into the culture."

The couple has spent thousands of dollars on four workshops so far, and they have at least three more in the works.

Therapist Bill Doherty says that he doubts Harville and Hunt are doing it for the money.

"These folks, they have a high profile," he says. "Harville's been on Oprah more times than any human being except Dr. Phil, I think. And they have more money than they need. And, you know, they're getting older. I think this is a legacy project for them."