Accessibility links
Meet The Hash Harriers: The Original Drinking And Running Club In 1938, a group of British officers in Kuala Lumpur started going for weekly runs to shake off their weekend hangovers. The group caught on, and now the Hash Harriers are all over the world.

Meet The Hash Harriers: The Original Drinking And Running Club

Meet The Hash Harriers: The Original Drinking And Running Club 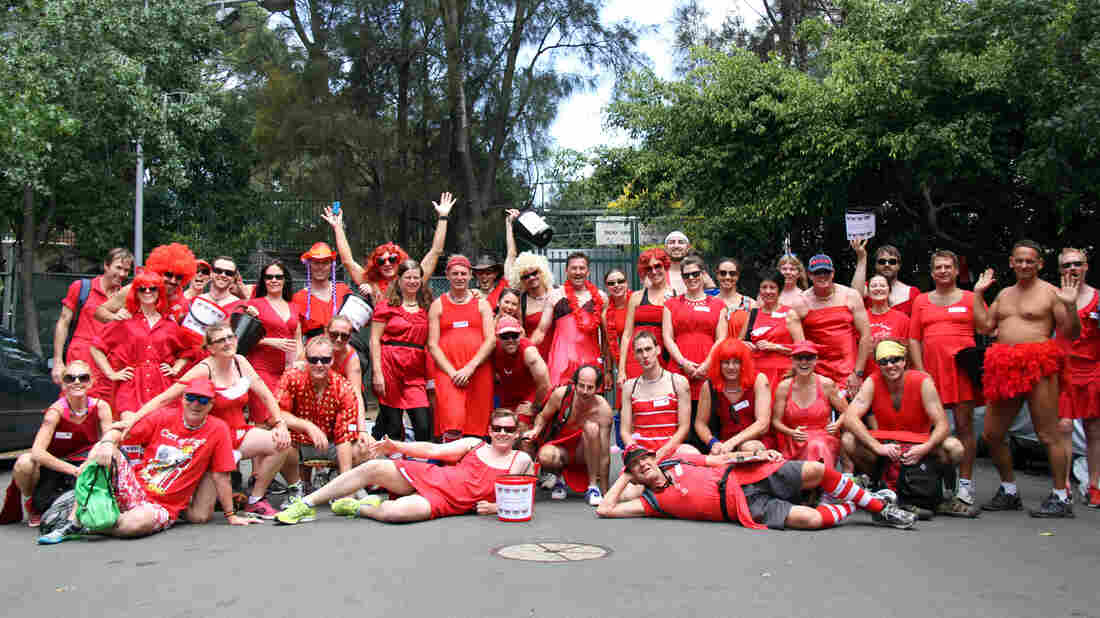 Participants in the Sydney Thirsty Hash House Harriers 2014 Red Dress Run pose for a group photograph. The running group, which has branches all over the world, has roots all the way back to a band of British soldiers in 1938. Richard Milnes/Demotix/Corbis hide caption 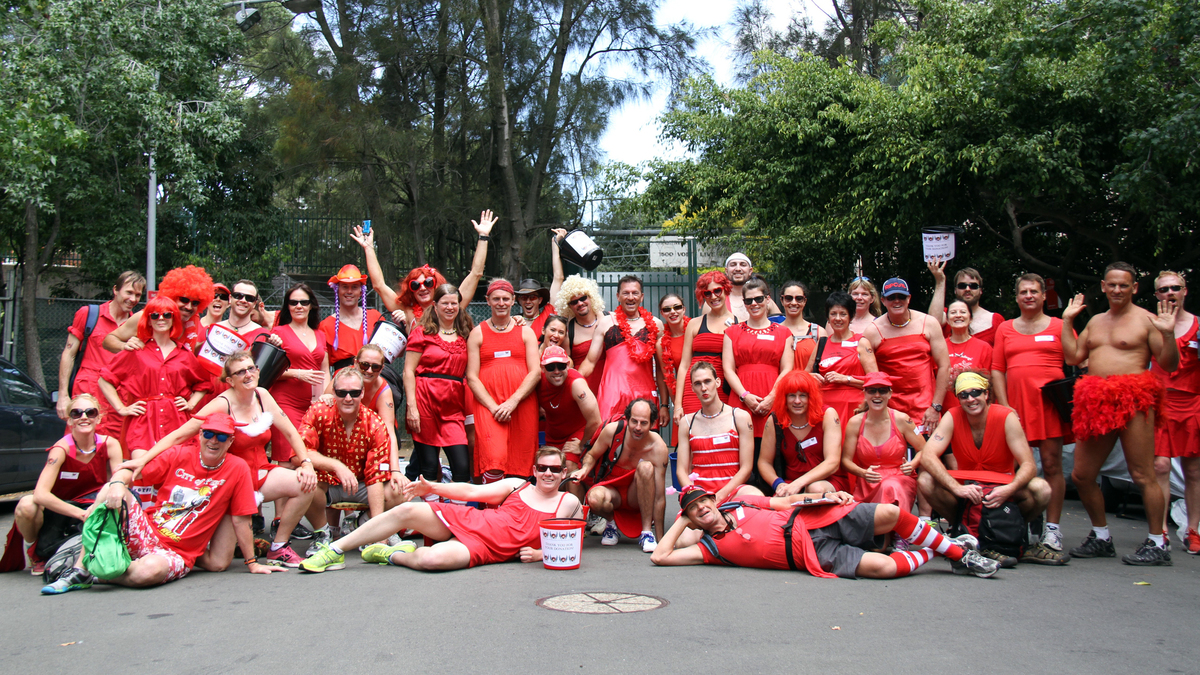 Participants in the Sydney Thirsty Hash House Harriers 2014 Red Dress Run pose for a group photograph. The running group, which has branches all over the world, has roots all the way back to a band of British soldiers in 1938.

In 1938, a group of nine British officers in Kuala Lumpur started going for weekly runs to shake off their weekend hangovers. They didn't have any grand ambitions, but the small group — known as the Hash House Harriers — evolved into one of the world's biggest running collectives. With more than 2,000 branches, you can find Hash House Harriers in almost all the world's major cities.

So how did a bunch of beer-swilling runners make this happen?

The original group was forced to disband with the onset of World War II and the Japanese invasion of Malaya (Malaysia today). And although the founding member was killed in the war, most of the others regrouped in 1946 and developed a constitution for their club, laying out the key objectives:

With such admirable goals, the group began to attract new members and, as members moved on, they exported the hashing concept with them, launching new groups worldwide. The expansion started in Singapore in 1962 and spread across Southeast Asia to Australia, Europe and the United States. Several hashes have even been established in the sub-zero wilds of Antarctica.

The so-called original "Mother Hash" still organizes weekly runs near Kuala Lumpur. According to Jega Velupillay, their current chairman, about 80 runners join the hash every Monday evening, following many of the same traditions as the 1938 group.

A Swiss hasher, Jürg Gassmann, described the hash as primarily "an opportunity to let your hair down and have some fun." For many, the fun-filled anarchy of the club is a pleasant break from the daily grind. Gassmann is an attorney and runs with bankers, diplomats and soldiers, but emphasizes, "They're all crazy — that's the nice thing. You can't take yourself too seriously if you're hashing."

Groups around the world share many similarities. They meet weekly or monthly and usually run distances of six miles or less, following a trail laid out by a group member known as the "hare." The runs generally take place outside major cities along trails that cross fields, woodland or jungle.

A young Australian who has participated in hashes in Melbourne and Phnom Penh, Cambodia, described the runs as "stunning," giving her an opportunity to see parts of rural Cambodia she never would have visited on her own. Hashing is widely popular among tourists for the same reason.

New members are described as virgins, and songs and nicknames vary from being slightly bawdy to extremely vulgar.

Post-run, the participants gather for "The Circle," a ritual that involves singing and punishing participants who broke hash rules during the run (e.g., taking short cuts, using real names instead of nicknames or wearing new shoes). The most common punishment is a "down down" — hash slang for chugging a beer. Other traditions include post-run dinners, assignment of nicknames and, in some branches, including the Mother Hash, the exclusion of women.

Velupillay defends such chauvinist norms on the grounds that they reflect long-cherished traditions, but while loyalty to tradition can be charming, it may be time for the hash to recognize that some of the practices have had their day. Although the Hash remains popular, some clubs struggle to attract younger members who might be put off by the less-than-PC culture.

Which is a real pity, because in our era of fitspo gym bunnies we could learn a lot from the noncompetitive, social ideals of the Hash. Sometimes exercise should just be about having fun, and nothing says fun like instantly replenishing your spent calories by sharing a few beers with friends.