Accessibility links
How Dean Dillon Made It From Strumming To Stardom In Nashville When country songwriter Dean Dillon was 7, he got his first guitar: a tiger-striped Stella. He played at the county fair and mobile-home lots before setting out to take his chances in Nashville, Tenn. 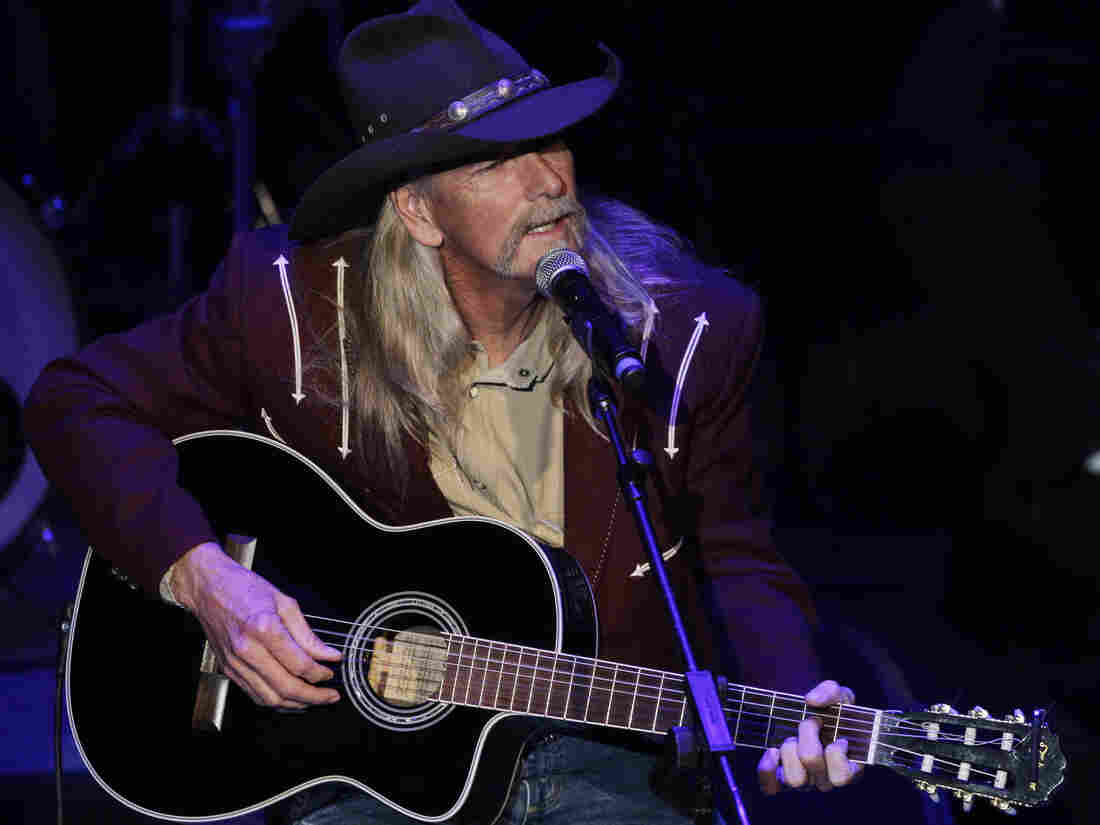 Dean Dillon performs during the Academy of Country Music Honors show in September 2011 in Nashville, Tenn.

Before being inducted into the Nashville Songwriters Hall of Fame, Dillon grew up in the little town of Lake City in East Tennessee. That's where he got his first guitar.

"A tiger-striped Stella," Dillon says. "Orange and black. I proceeded to sleep with it on a nightly basis. It became my best friend, and it became my voice."

When he was a teenager, Dillon entered a contest at the Tennessee Valley Fair in Knoxville. He brought his guitar on stage.

"It came down to me and a flaming-baton twirler," he says. "And she dropped her baton, and I won the contest."

First prize was a guest appearance on the local TV show Jim Clayton's Startime. Host and mobile-home salesman Jim Clayton used a stage on his lot to showcase local music and sell his trailer homes.

"We would play in the mobile-home lots in venues around East Tennessee," Dillon says. "I cut my teeth on it."

The young songwriter had his sights set on Nashville. Right after graduating high school in 1973, Dillon grabbed his guitar, stuffed his clothes in a duffel bag and hit the interstate, hitchhiking to the city.

"Eighteen years old, 130 pounds soaking wet, scared to death," Dillon says. "I didn't know a soul. I didn't know where Music Row was, but I found out soon enough."

He made his way to Opryland, where he would sit backstage between shows at a picnic table. Dillon says that's where he wrote his songs.

He was approached by hit songwriter John Schweers who told him on the spot, "Play me something."

After listening to Dillon's songs, Schweers set up a meeting with Nashville producer and publisher Tom Collins.

"Walked in his office, shook and [said] howdy and sat down in front of his desk," Dillon says.

Collins asked him to play a couple of songs. Dillon took out his guitar and began playing.

"He opened his desk drawer and pulled a three-page contract and said, 'I want to sign you to a publishing deal.'

"That's how it all got started," Dillon says. "All from just strumming backstage."