Accessibility links
'Raisin In The Sun' Revival: A Uniquely American Story Is Back On Broadway Denzel Washington and LaTanya Richardson Jackson star in the latest production of the play, which debuted in 1959. The revival's run is nearing its end — and Jackson says she's "in tears." 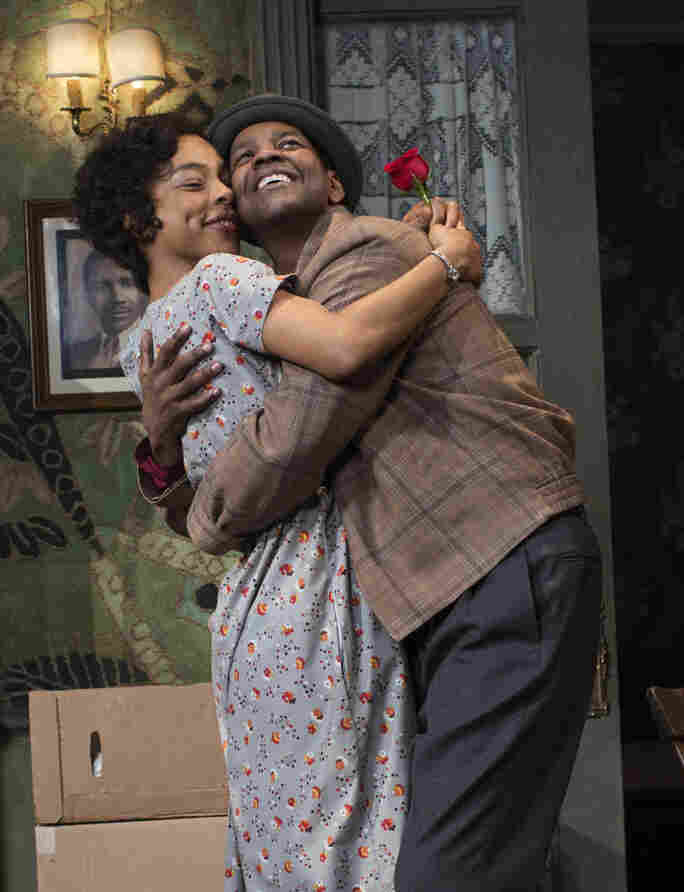 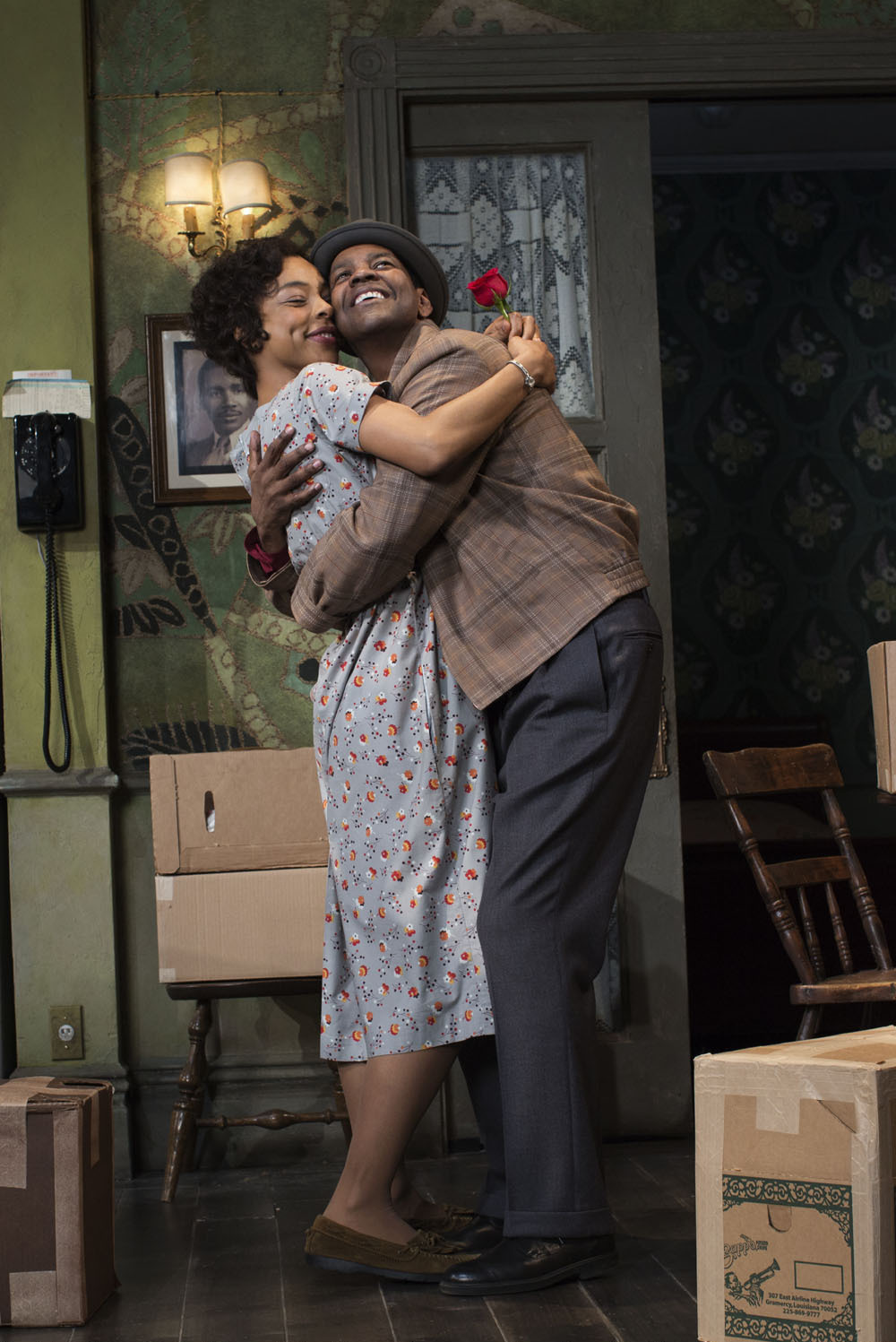 Denzel Washington plays Walter Lee, the role played by Sidney Poitier in the 1959 Broadway production of A Raisin in the Sun. Sophie Okonedo, known for her Academy Award nomination for Hotel Rwanda, plays Ruth Younger in her New York stage debut.

Denzel Washington and LaTanya Richardson Jackson have received rave reviews for their starring roles in the Broadway revival of A Raisin in the Sun. The play by Lorraine Hansberry debuted on Broadway in 1959 and was adapted to a film two years later. The current production ends its run on June 15.

"I'm in tears because it has truly been the highlight of my theatrical career," Jackson tells Fresh Air's Dave Davies.

Jackson, who was nominated for a Tony for her role, says the play needs to be constantly remade because it's in the same "canon" of such famous American plays as The Glass Menagerie and Death of a Salesman.

"It's important to me that it's done, and actually done often," she says.

It tells the story of a struggling black family living in an apartment on Chicago's South Side. Jackson plays Lena, the Younger family matriarch who is due a life insurance check that could change the family fortune.

Washington plays Walter Lee, Lena's son, who dreams of using the money to start a business and get out of his job as the chauffeur for a rich white family.

Washington, who has won two Academy Awards, for Glory and Training Day, is no stranger to the stage; he won a Tony for his leading role in the August Wilson play Fences. He says one of the greatest joys of the stage is you never know what can happen on any given night.

On a shared history 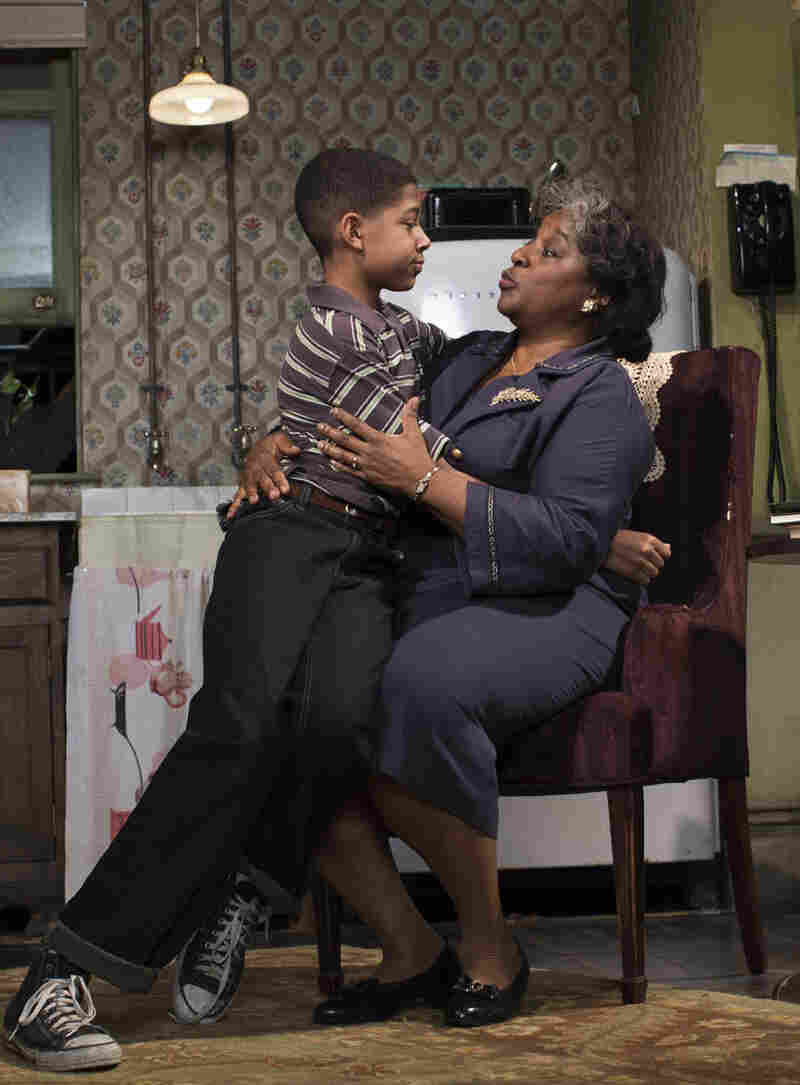 LaTanya Richardson Jackson has been nominated for a Tony for her role as Lena, family matriarch to such characters as Travis Younger, played by Bryce Clyde Jenkins. The play "has truly been the highlight of my theatrical career," she says. Brigitte Lacombe hide caption 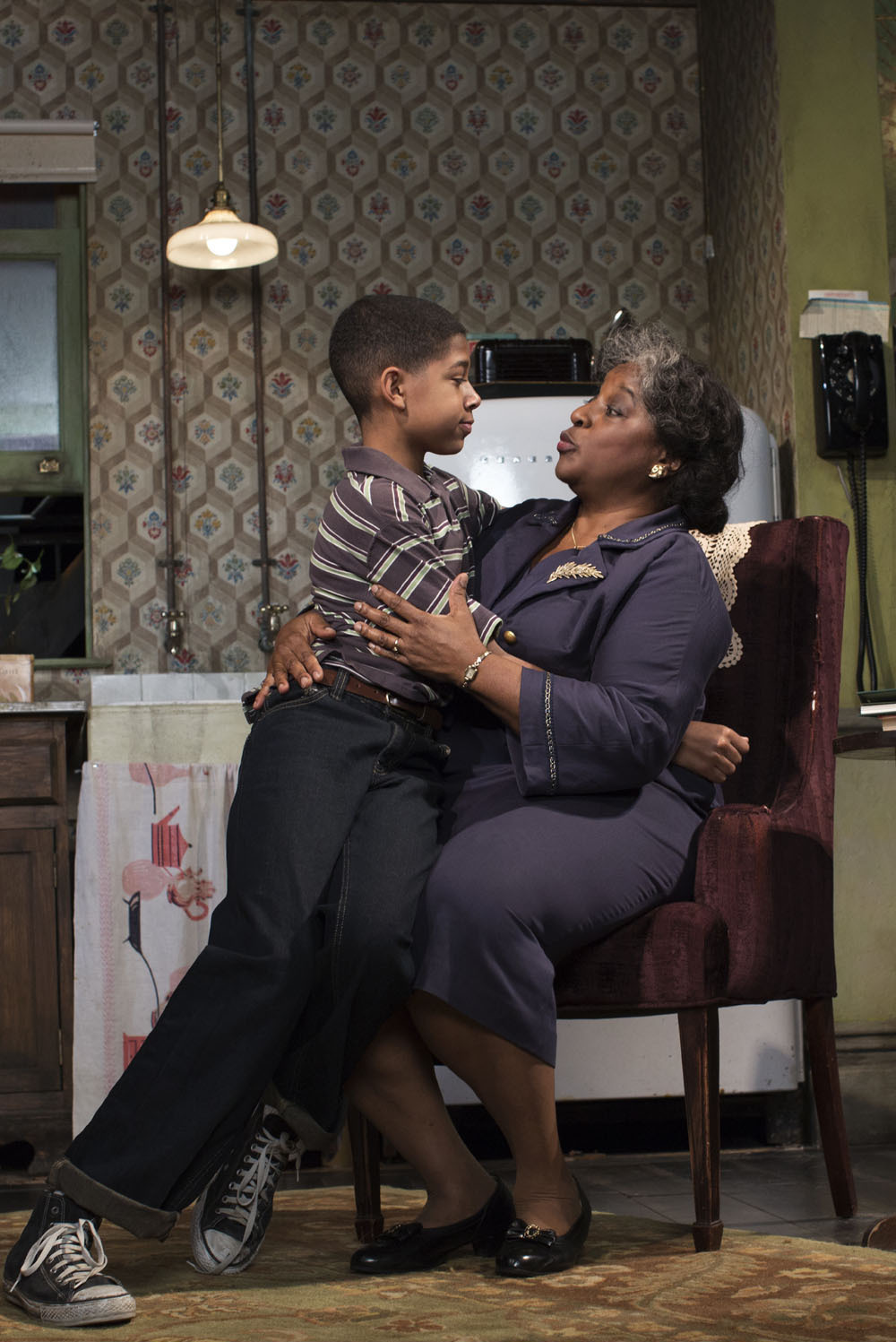 LaTanya Richardson Jackson has been nominated for a Tony for her role as Lena, family matriarch to such characters as Travis Younger, played by Bryce Clyde Jenkins. The play "has truly been the highlight of my theatrical career," she says.

Denzel Washington: I didn't know it was funny until the first audience. Who knew? It wasn't like we were working or trying to be funny. Again, it's the times we live in now. Maybe that was no laughing matter, then, in 1959. ... It's different, culturally, racially. Sometimes when there's a predominantly white audience, sometimes there's not as much laughter because they're not sure if they're supposed to, you know? But it can be one person or a couple of people that get it going.

On what they drew on to create their characters

LaTanya Richardson Jackson: I remember my grandparents especially, if we were in a mix of people where there were members [of] white society and the white culture, she was always saying, 'Just sit up and look nice. Be nice and be quiet.' There was just certain things, certain protocol that you were just asked to adhere to ... because you were always representing the race, and the race had an image problem. ... The race had an image problem because everyone was concerned with all of the stereotypes of how we were perceived, so everyone I knew was trying to undo that perception of loud, raggedy, whatever, dirty, whatever. My family was in a constant hunt to undo all of that, and sometimes they used to even tell us, "If you can't put the sentence together correctly, keep your mouth shut."

On how each night's performance is different

Denzel Washington: It's never the same. You don't know what it is. One thing can throw you and propel you — anything — you don't know what it is. You can trip right before you come onstage and that could inform the whole scene. Last night — or one of those nights — Anika [Noni Rose] ... was spraying the roach spray stuff, and it spilled, so when I came out, the floor was wet and I gotta come running across [the stage], and now I'm aware of the floor, and it actually threw me, and I almost forgot a line because I'm thinking about the floor. So it's live, and it keeps going. There ain't no stopping.

On the play nearing the end of its run