Accessibility links
Cave-Dwelling In Spain Offers A Welcome Inconvenience In the province of Granada in Southern Spain, thousands of people live completely unplugged in caverns. The caves have been a place of refuge for centuries. Now they provide a new kind of escape. 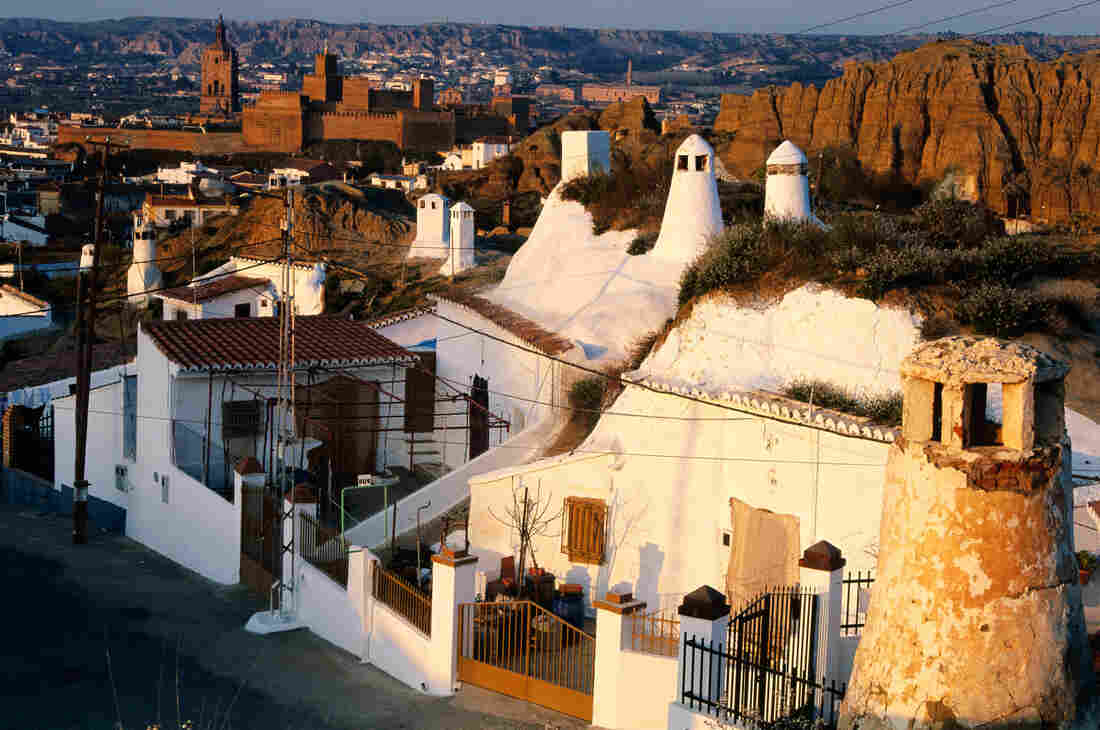 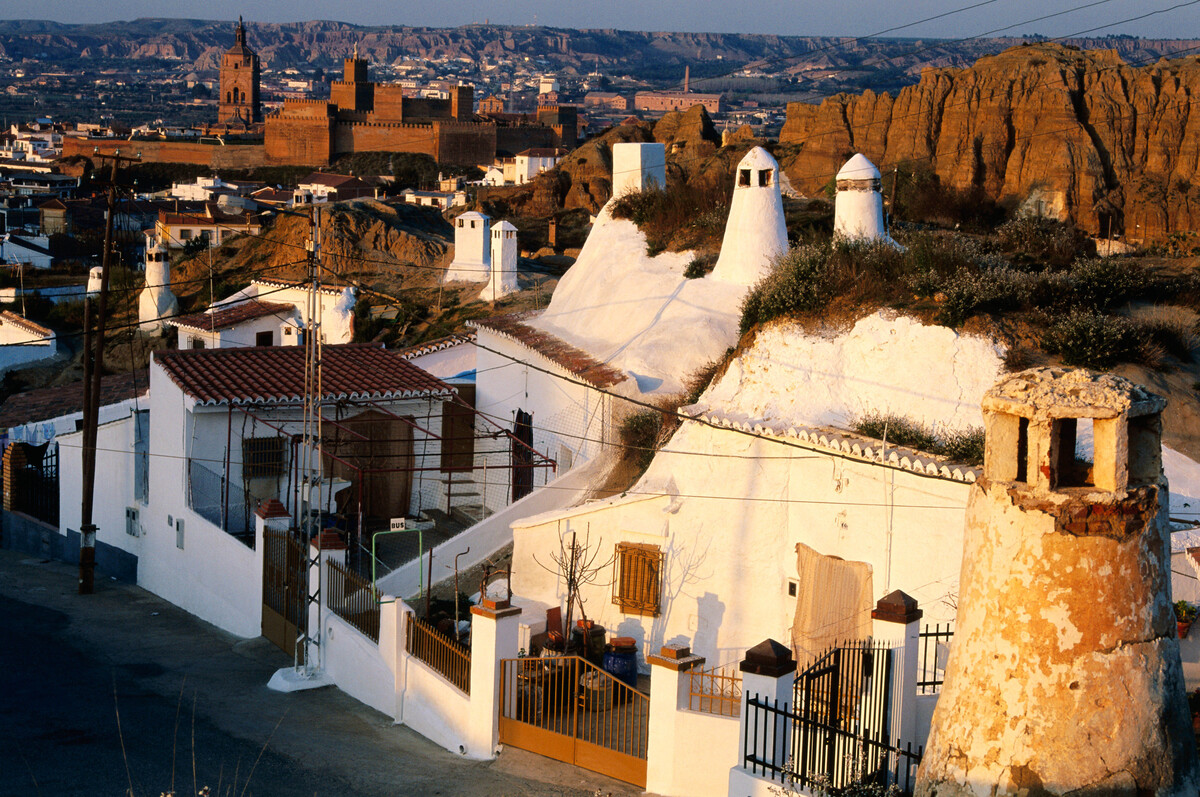 Cave dwellings, inhabited for centuries, are perched on hillsides in Spain's Granada province.

Have you ever fantasized about getting away from it all — going somewhere without smartphones, computers or Twitter?

Tuning out from technology can be challenging, but for the truly daring, there is an even more radical solution. In southern Spain, thousands of people live completely unplugged — in caverns.

The province of Granada has about 11,800 caves carved into the mountains in an area that UNESCO has listed as a World Heritage Site. Most were excavated in the 15th century with the Christian Reconquest. About 5,800 are still privately owned and in full-time use today.

Back in the 1970s, 45,000 people lived in these hidden neighborhoods tucked into the mountains. By the '90s, most had migrated to the cities. But over the past decade, the tide has turned as people flee the concrete jungle and retreat to the caves.

Assuming you're not claustrophobic, there are a number of perks to underground life — from the endless peace and quiet to having a forest in your backyard and a birdsong as an alarm clock. Thick stone walls keep the caves warm in winter and cool during the torrid Andalusian summer, when temperatures frequently top 95 degrees. And some caves offer a million-dollar view of the Alhambra, Granada's gorgeous palace fortress.

But blissful isolation comes at a price. Many caves have neither running water — the nearest source is a public fountain — nor electricity. You'll need a P.O. box to receive mail, and if you forgot to pick up something for dinner, it's an hour's trek to the closest supermarket. Big night on the town? Don't think about hailing a taxi or catching a bus home, because the caves are accessible only by foot.

"You need to learn to adapt to your environment," says Gal-la Vila Massanas, who moved into a cave a year ago. "You don't have the usual comforts of a house, but all your basic needs are covered. It just takes a bit longer to do everything."

The catalogue of caves ranges from moss-scented, crypt-like holes to spacious two-floor apartments with wide windows. While most remain in their original state, a few have been remodeled into tourist accommodations, complete with jacuzzis. These alternative abodes cost between $35,000 and $200,000, which is less than an apartment in downtown Granada. Those that have been renovated for hotel use go for about $100 a night.

Cave dwellers tend to be an eclectic bunch with a strong sense of community. The lure of this unconventional lifestyle attracts Spanish neo-hippies, German hipsters, undocumented Senegalese immigrants and gypsies who have lived there for generations.

"I've been here for 12 years, and I could never go back to a normal flat in the city," says musician and caveman David Hererida. "There's peace here. ... I couldn't bear the noisy neighbors or the stress."

Of course, city folk may quiver at the thought of showering with a bucket. But even for those who fail to appreciate the appeal of a prehistoric setup, there is a certain comfort in knowing that if things go terribly wrong and civilization implodes, we can always take refuge back in the caves.

An earlier version of this story incorrectly stated that 58,000 caves are privately owned and in full-time use today. There are in fact 5,800 in use.