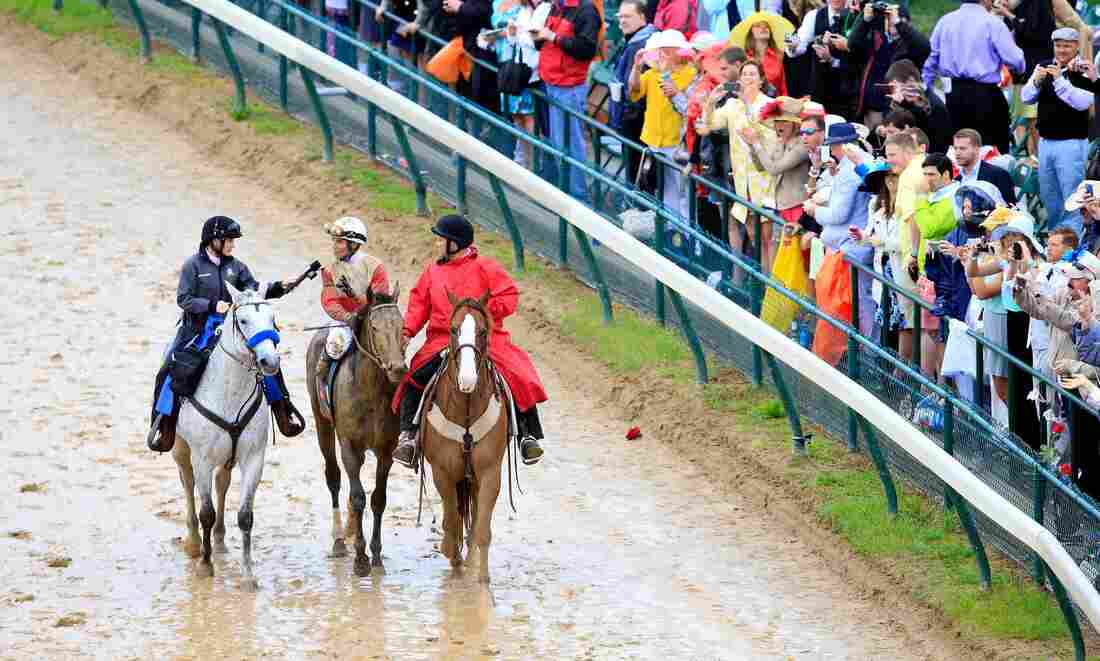 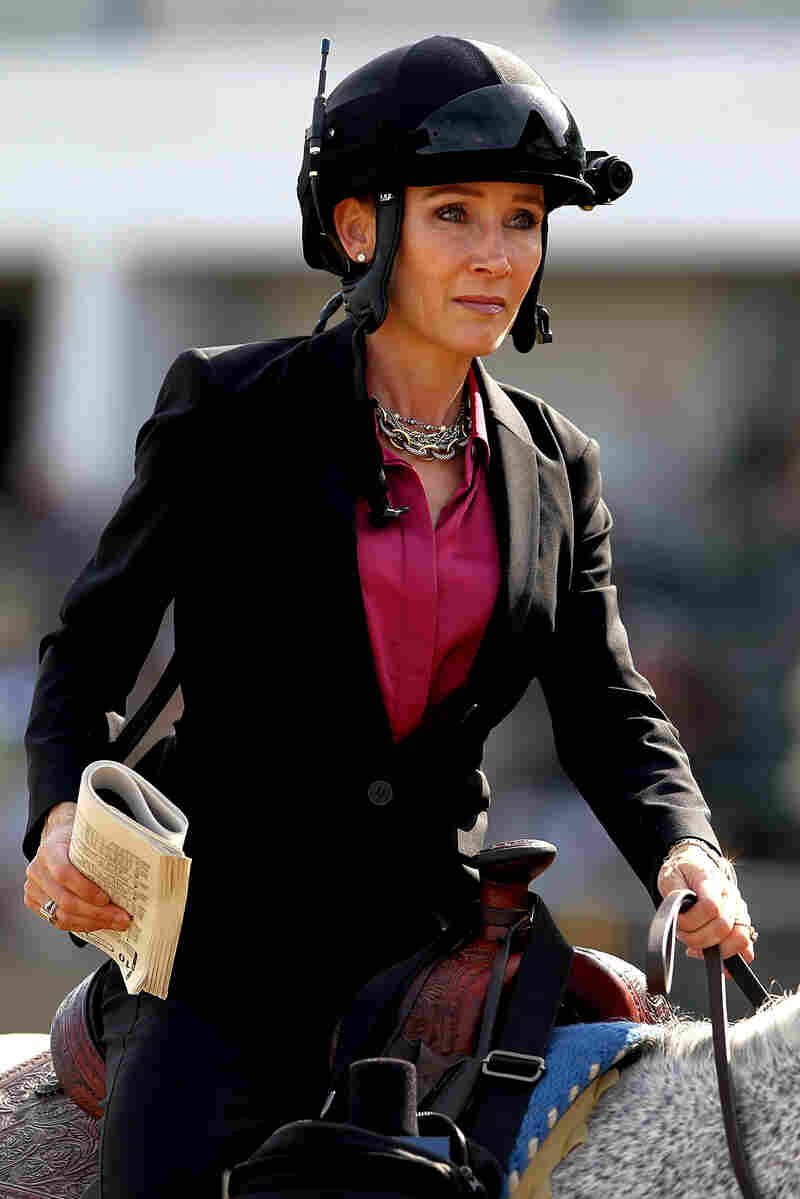 Brothers rides down the front stretch before the 88th Black-Eyed Susan Stakes at Pimlico Race Course on May 18, 2012, in Baltimore. Matthew Stockman/Getty Images hide caption 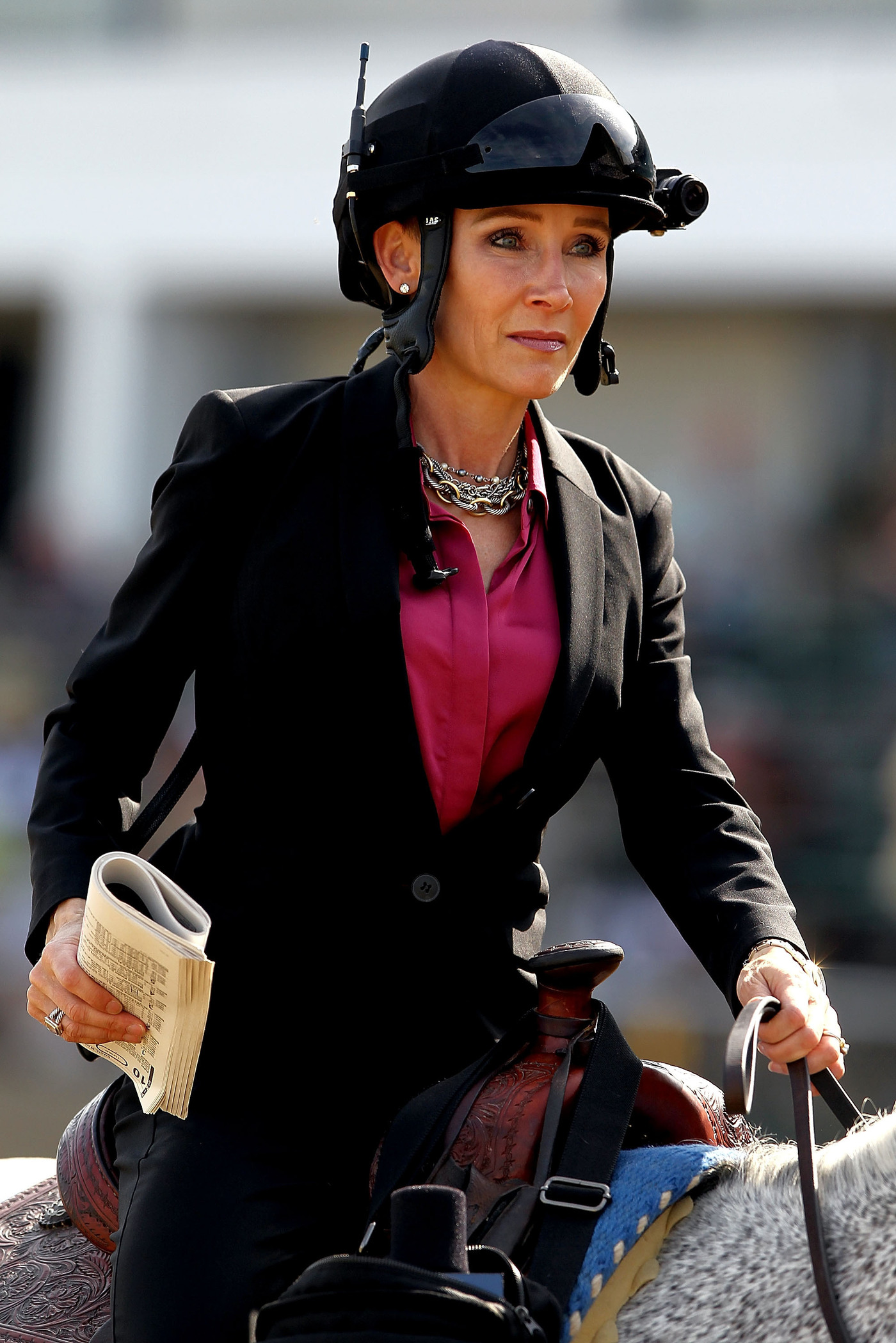 Brothers rides down the front stretch before the 88th Black-Eyed Susan Stakes at Pimlico Race Course on May 18, 2012, in Baltimore.

When the thoroughbreds burst out of the starting gate at the Belmont Stakes on Saturday, fans will have their eyes on California Chrome as a potential Triple Crown winner. And there to interview the winner on horseback will be Donna Barton Brothers, an analyst for NBC Sports.

Before she was an analyst, Brothers had a distinguished career as a jockey, winning more than 1,100 races before retiring in 1998. When she retired, Brothers tells Fresh Air's Dave Davies, she knew it was time to get out in part because it started to feel dangerous.

Brothers comes from a family of riders. Her brother and sister were both jockeys, and her mother, Patti Barton, was among the first generation of female jockeys. Her father was a rider on the rodeo circuit. Brothers has also written a layman's guide to the world of horse racing called Inside Track.

Brothers talks about her mother, her life on the track and the thrill of riding.

On her mother getting into fights with other jockeys

[One time] she hit a guy after the race. He came walking back into the jocks' room and she was waiting, "laying in wait," as they say. I think she kind of blindsided him after the race and then he called the stewards and she said, "Well, you should see what he did to me." So she went into the stewards' room and dropped her pants right in front of them because during the running of the race he had reached over and hit her across her rear end with his whip. And they hadn't seen that part, so she made sure that they saw the evidence of that. 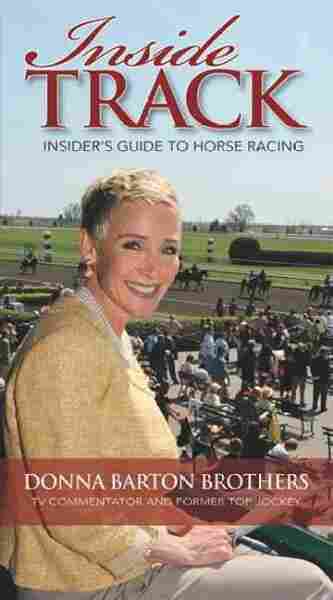 On whether the speed scares her

No, that part is the really fun part! So even if you get to a point where you start to go, "OK, this can be dangerous," the faster they go, the more fun it is. One of my favorite horses was Lord Carson. ... When we would turn for home — at the quarter pole when they come out of that turn and now you're headed to the final stretch — as soon as I would set him down and ask him, he literally would lower his body about 4 or 5 inches as his stride lengthened. So as his stride lengthened, his body dropped and I could feel his body drop and his speed quicken and it was one of the most incredible feelings that you will ever feel.

On how she'll be evaluating the horses before Saturday's Belmont Stakes

For people who have been around horses for a large part of their life like me, you almost have a photographic memory about what a horse looks like. And so you remember what a horse looked like the last time you saw him. And then if you don't see him for three weeks and suddenly you see them and they've lost a lot of weight or even a bit of weight — or gained weight — you see it, because you have in your mind an image of what you expect to see. And if what you see doesn't meet that image, then you go, "OK, what's different?"

So I look to see how their weight is and I look to see how their attitude is, how their energy is. I want to see them look like they're happy to be there on their toes, kind of excited. When I say "on their toes," I mean like prancing a little bit, sort of excited. But I don't want to see them pushing the pony over to the other side of the track, kicking and biting and all those kinds of things, because that's more a sign of irritation or aggravation.

On retiring from racing

I just loved it for 11 years. ... I never felt like I was going to work even though I was getting up at 4:30 a.m. and going to work seven days a week. And I would say the last six months it started to feel like work. ... I did start to recognize that it was a dangerous sport and my husband now, we had been dating for like five years, he was a trainer, and there's this real archaic rule in horse racing that if you marry a trainer, you have to ride their horse in every race or sit the race out. And so finally it came to a point in my career and with my relationship with my now husband that I just said, "If I can't marry him because I'm a jockey, maybe I shouldn't be a jockey anymore."