Accessibility links
Bringing A Book Phenomenon To The Screen, With Sadly Ordinary Results The film adaptation of John Green's fine young adult novel The Fault in Our Stars unfortunately fails to bring to life what made the book so compelling.

Bringing A Book Phenomenon To The Screen, With Sadly Ordinary Results

Bringing A Book Phenomenon To The Screen, With Sadly Ordinary Results 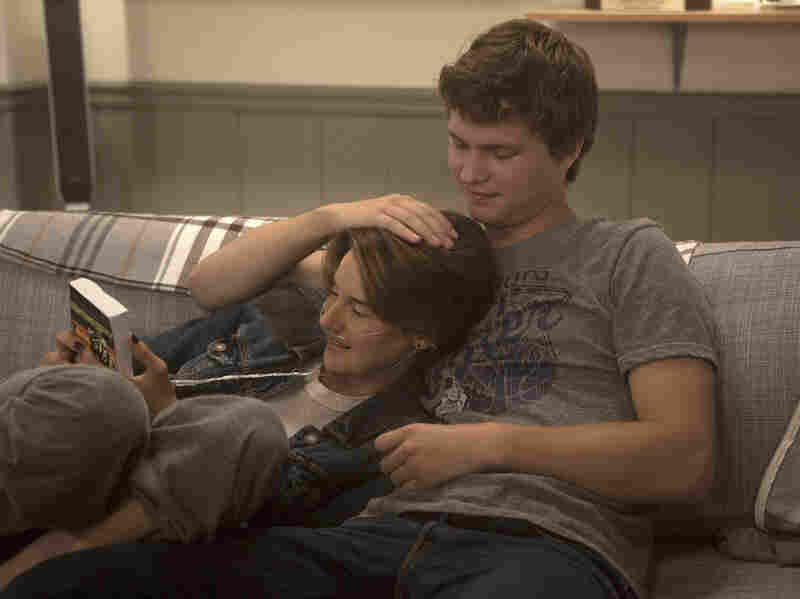 Hazel (Shailene Woodley) and Gus (Ansel Elgort) take on a variety of challenges in The Fault in Our Stars. James Bridges/Twentieth Century Fox hide caption 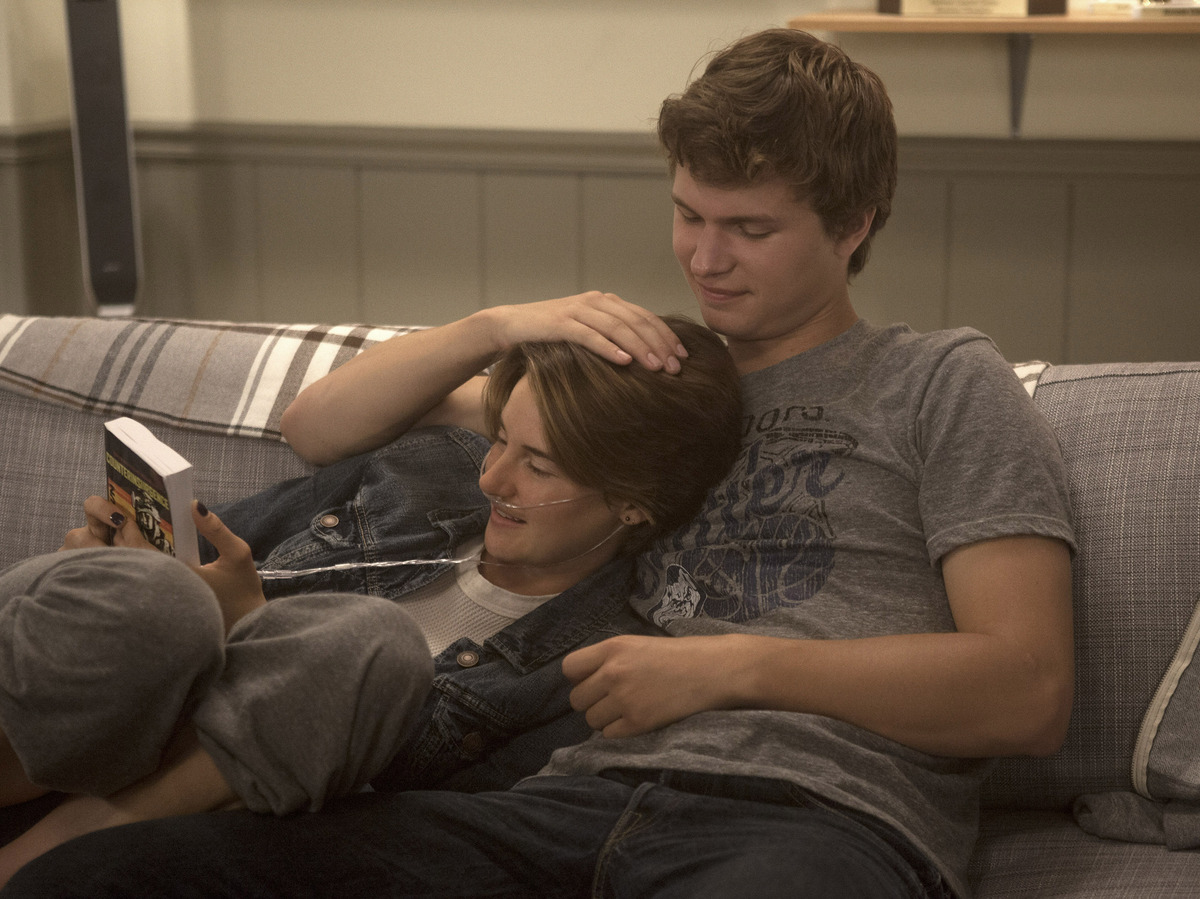 Hazel (Shailene Woodley) and Gus (Ansel Elgort) take on a variety of challenges in The Fault in Our Stars.

Josh Boone's The Fault in Our Stars is the kind of careful, listless adaptation that makes a critic want to rave at length about the wonderful novel on which it's based.

Not that John Green's 2012 YA novel, a runaway best-seller about two cancer-ridden suburban teens in love, needs much of an introduction. Millions of parents read over their avid kids' shoulders about the brief encounter between teenagers Hazel, who has stage 4 thyroid cancer ("with mets to the lungs, but I'm okay") and Augustus, who lost his leg to bone disease. I cried buckets, but it's a very funny book.

Cancer is no fun at all in the real world, and in fiction it can be a big bully, squeezing out all other life before making a home run for the inspirational Big Weep. Not here: In graceful, exceptionally well-spoken prose, Green attaches us firmly to two young people who are in no position to do what the rest of us do, which is to live our lives as if we weren't going to die. So this is a cancer story, but it's about the irreverent, exuberant life that Hazel and Gus get to live together in death's shadow. What inspires is not some pale-and-romantic capacity for noble suffering, but the insistence of two truculent young charmers on their right to live richly in the teeth of oblivion.

So they do have film-friendly adventures, among them a glitzy trip to Europe to collar a mysterious author whose novel, in their opinion, needs a better ending, or maybe an ending of any kind. Hold that thought for thematic significance; Green isn't all that interested in plot. He has perfect pitch for the knowing, direct teenage voice, with its dripping sarcasm and gallows humor. The adolescent smart-mouth is hardly a rarity in the YA milieu (see Juno, Mean Girls); but you don't hear Hazel and Gus using the word "like" as punctuation. They make a glam, bantering couple in the way that Cary Grant and Katharine Hepburn were, or Myrna Loy and William Powell.

Gus and Hazel are enchanting old souls, as literary and intensely philosophical as you'd expect from bright kids in their predicament. In a movie they should be played by odd ducks like Ellen Page or Alia Shawkat, and some as-yet-undiscovered descendant of Daniel Day Lewis — or, it occurred to me while watching the film, by the fetchingly wry Nat Wolff, who's wasted in a sidekick role.

The Fault in Our Stars is weakened upfront by miscasting. Shailene Woodley is a fine young actress with a great future, and I love it that this dressed-down, makeup-free environmentalist has become a hero to teenage girls who also groove to the Miley Cyrus twerk. But here Woodley projects (as she did to far better effect in last year's The Spectacular Now) a serene straight arrow most of whose coming-of-age battles are already won. That is not Hazel, at least not yet. And Ansel Elgort, a self-consciously charming stud who radiates robust health and looks like a sports dude, is all wrong for Gus, a skinny former jock who hasn't exercised his muscles in a while. Hazel has a nose tube and drags an oxygen tank, and Gus is missing a limb, so it doesn't help that the two of them look as if they just blew in from the gym.

Boone's The Fault in Our Stars isn't terrible; it's just fatally ordinary in the way that Hollywood realism so often is. Clad in jolly suburban pastels and with a pop soundtrack that wouldn't offend your grandmother (let alone the likable Laura Dern, who plays Hazel's endlessly supportive mother), this sluggishly paced movie plugs away diligently at reproducing Green's general drift.

But it's the writing and the limp delivery of dialogue that take the movie seriously downhill. Screenwriters Scott Neustadter and Michael H. Weber, who wrote the paper-thin (500) Days of Summer, pluck out Green's topic sentences ("the world is not a wish-granting factory") while cleansing the script of the idiosyncratic literary ramblings that give his characters their vitally weird chemistry.

In the novel, Hazel and Gus are both cowed and enlarged by their circumstances. Insisting on being treated as though they matter as much as everyone else, they make us see what a tragedy it is that they don't have more time together, and that their actual time together is more raw, intense and full-hearted than that of most people who live out the full span.

In the movie, Gus and Hazel are two nice, regular kids with cancer who find inspiration in Anne Frank and true romance. All around me people broke out sobbing at the end. As love stories go, though, The Fault in Our Stars is more Erich Segal than John Green. I left dry-eyed.