Accessibility links
Stopped By 'No One,' A Nun Wins Italy's 'The Voice' The TV talent show ended with a surprise breakout star, 25-year-old Sister Cristina Scuccia. She became a favorite after her first-round performance of Alicia Keys' "No One" went viral. 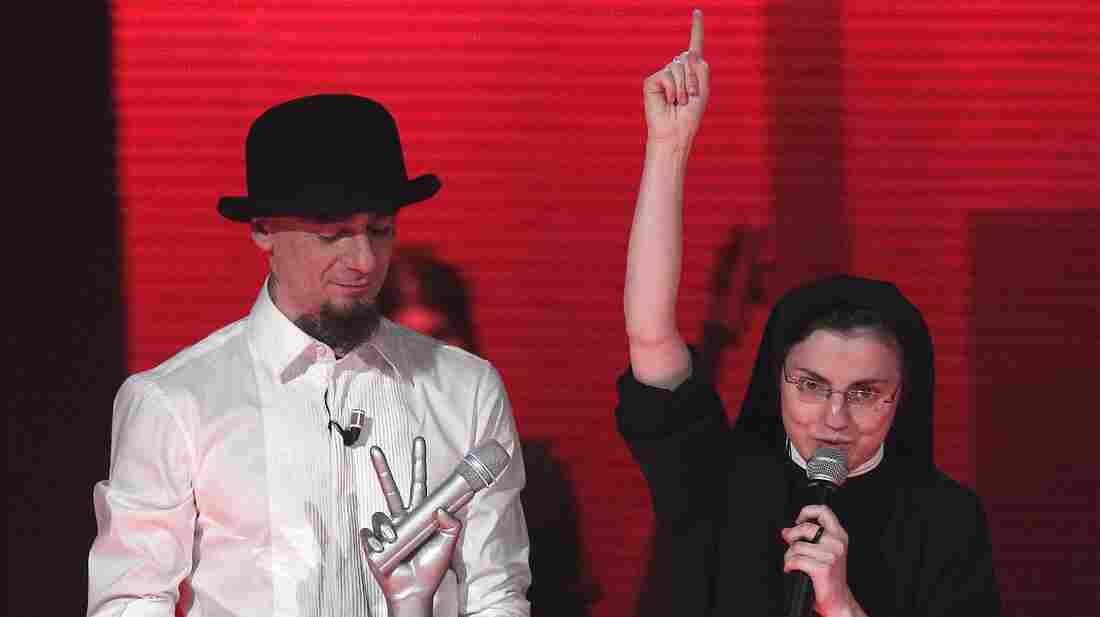 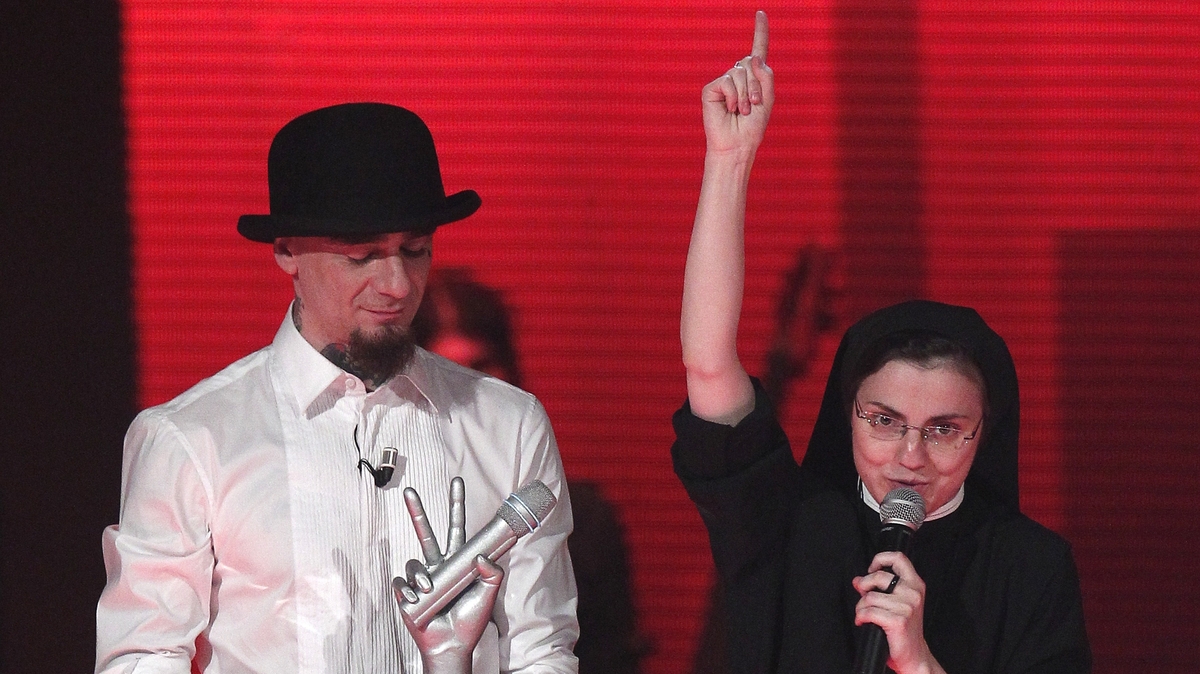 After winning Italy's version of The Voice, Sister Cristina Scuccia thanks God on stage in Milan alongside her coach, Italian rapper J-Ax.

The tiny nun, wearing a traditional black habit that falls below her knees, a crucifix and sensible black shoes, punched the air and embraced her coach — the tattooed Italian rapper J-Ax. And then she thanked the man upstairs for her victory. At 25, Sister Cristina Scuccia has become the new Voice of Italy, winning the TV talent show with her soulful and rousing performances of pop classics.

Latitudes: International Music You Must Hear

During the three-and-a-half-hour broadcast, Scuccia performed the song that made her a worldwide sensation. The YouTube video of her rendition of Alicia Keys' "No One" went viral, getting more than 50 million views. The foot-tapping nun took more than 62 percent of the vote, defeating three other contestants coached by some of Italy's best-known pop artists. With her fellow sisters cheering her on, Scuccia clinched victory with a lusty rendition of the theme song from Flashdance, "What a Feeling."

Despite intense media scrutiny, information on the young nun's background is still sketchy. Italian media report the Sicilian-born Scuccia trained at a music academy run by a former starlet who became a religious lay sister. Allegedly a former rebel, Scuccia was inspired to join the Ursuline Sisters after auditioning for a musical about the founder of the order. After becoming a novice in 2009, she worked with poor children in Brazil before entering a convent in Milan.

"I have a gift, and I am giving it to you," Scuccia told the judges when she first appeared on the TV contest in March.

With her victory, she also wins a recording contract with Universal Music, but it's unlikely that she'll pursue a career in rock 'n' roll. She has said her priorities are prayer and serving God, and that she took the stage to impart a message.

Surprising the organizers and the audience, Scuccia closed the event reciting the Lord's Prayer, before reprising one of her most rousing numbers, an Italian revival-sounding song called "By the Shore."