Accessibility links
A Campaign To Bring Back 'America's Distance': The 1-Mile Race The mile was once an important running competition, but today's races are generally measured in meters. A race that's often called a mile — four laps around a 400-meter track — is just shy of one.

Fifty years ago this week, teenager Jim Ryun of Wichita, Kan., ran a mile in under four minutes, the first high school boy to break the mythical barrier. But in the past few decades, the mile as a racing distance has fallen out of favor.

Ryan Lamppa is trying to bring it back.

As part of his job as media director for Running USA, a national nonprofit for the running industry, Lamppa was digging around for articles about track and field a few years ago when he kept seeing stories about two distances: the marathon and, to his surprise, the mile.

Lamppa's search proved that the mile is a big part of our sporting culture, and it sparked an idea to create a campaign to bring back the 1-mile race. The seed for his effort was actually planted long before, when, in the fourth grade, Lamppa read The Jim Ryun Story.

"That book blew me away, in the sense that here was this teenage boy from Kansas, who was training like a madman, that was setting U.S. and world records in the mile. It was hard to fathom, but it was also very inspiring," he says.

Today, Lamppa's hero has joined up as a fellow pitchman for the campaign, called "Bring Back The Mile." Ryun, in San Diego this week at events commemorating his high school sub-four-minute mile, says the mile race began to fade in the 1970s during this country's efforts at metric conversion. 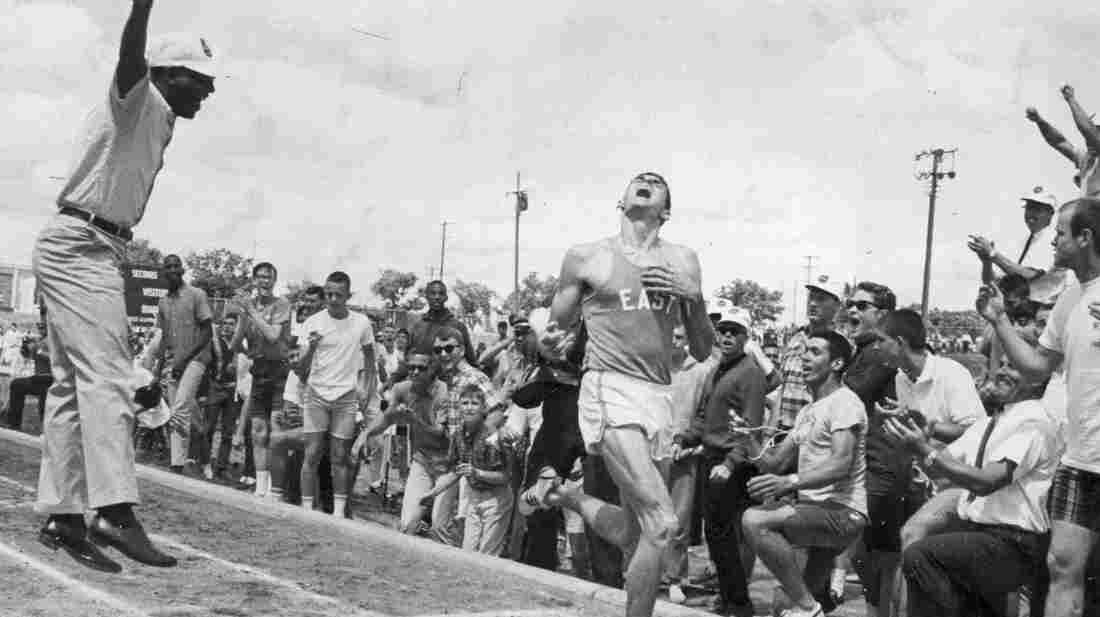 Jim Ryun becomes the first high-schooler to break the four-minute-mile record, with a run of 3:59 in 1964. He went on to break the record three more times while in high school. Gary Estes/MCT/Landov hide caption 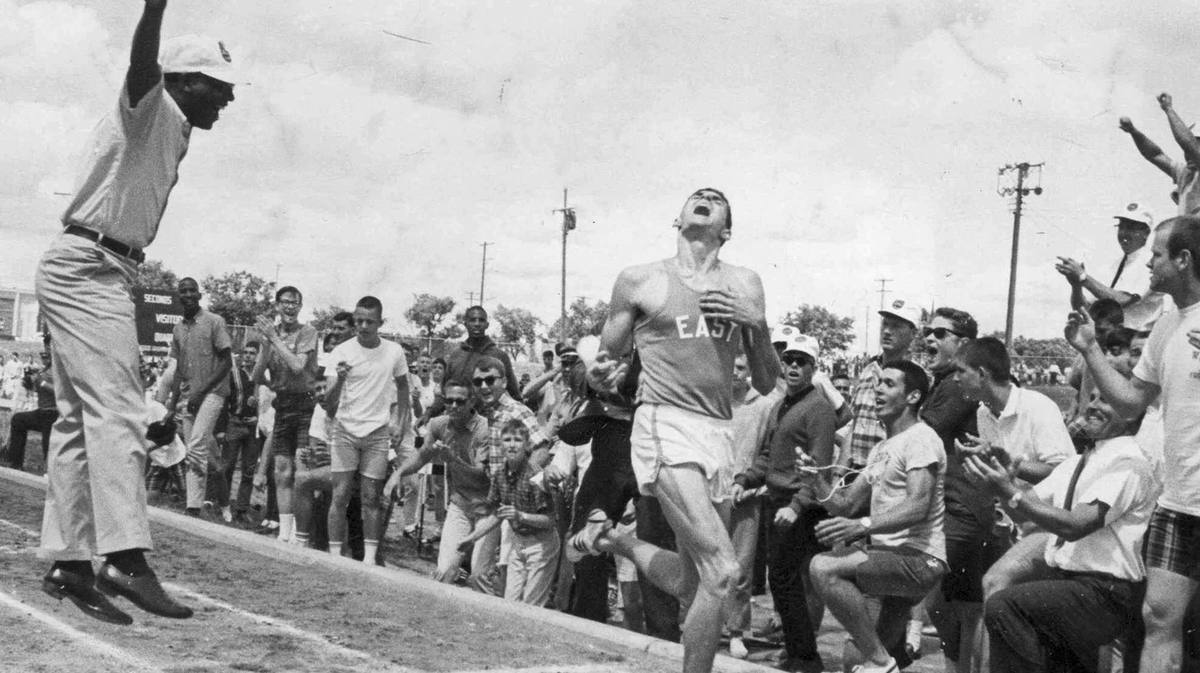 Jim Ryun becomes the first high-schooler to break the four-minute-mile record, with a run of 3:59 in 1964. He went on to break the record three more times while in high school.

"When they went to meters, I think you lost a good portion of the public, because the public has a difficult time understanding just how far is 1,600 meters," Ryun says.

This is an issue Bring Back The Mile wants to address. Most high-schoolers in America run the race known as the 1600 — four laps around a 400-meter track. That's the size of most U.S. high school tracks that have been built or retrofitted since the metric movement.

Four laps — the classic mile distance — makes everyone think a 1600 is a mile. But Jim Gerweck, a high school track coach in Wilton, Conn., says everyone is wrong.

"It's almost like false advertising right now. They're running an event that everybody's calling the mile but it's not," he says.

On Your Mark, Get Set, No! A List Of Inadvisable Ways To Run A Mile

Gerweck is collecting petition signatures in an effort to get the high school 1600 changed to the mile in Connecticut. Right now, neighboring Massachusetts is the only state that runs a true mile at its high school races.

Meanwhile, Lamppa says Bring Back The Mile's efforts in the past few years have led to the creation of nearly 80 new 1-mile races in cities and towns around the country.

The first sub-four-minute mile was run by Englishman Roger Bannister in 1954. Still, Lamppa calls the mile "America's distance." A country that understands miles and miles per hour, he says, understands this event. And Lamppa hopes its rebirth can get more people running the distance, can help promote track and field and keep the heroics of athletes like Ryun alive in American culture.