Accessibility links
Like A Smitten Teenager, In Love With The Beautiful Game The World Cup begins next week in Brazil. Before it gets going, check out the work of an author who has spent decades writing about Latin America, and who has a particular affinity for soccer. 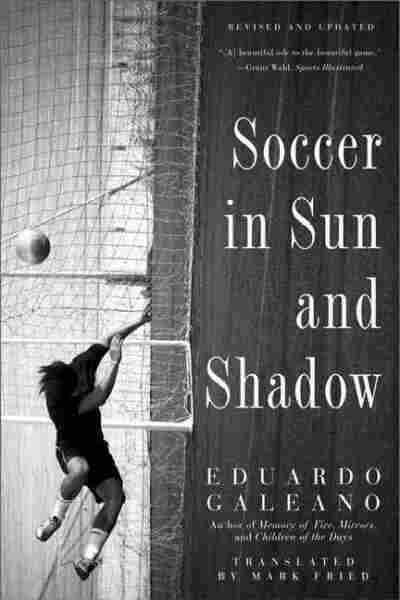 Soccer in Sun and Shadow

Galeano's rhythmic prose as poetry is often used in the service of explaining the injustices faced by Latin America. He's written about despots, dictators and revolutions. Here, Galeano puts his unmatched gifts toward the sport he clearly still loves with the ardor of a smitten teenager.

Galeano, in just about 300 pages, attempts nothing less than an exposition of the entire cultural history of soccer. No chapter is more than a few pages; some merit only a paragraph. Yet all are evocative, with words woven to create a mood as thrilling as watching the World Cup in a packed pub.

In soccer, Galeano finds both a reflection and extension of everything he loves and finds maddening about the part of the world that has been the central focus of his writing for decades. In describing the murder of a Colombian player, he observes: "As in all of Latin America, injustice and humiliation poison people's souls."

The most joyous parts of the book are when Galeano forgoes politics for a moment and describes the players who over the course of time have captured his imagination.

He writes, "I go about the world, hand outstretched, and in the stadiums I plead: 'A pretty move, for the love of God.' And when good soccer happens, I give thanks for the miracle and I don't give a damn which team or country performs it."

Dave Zirin is the author of Brazil's Dance With the Devil: The World Cup, The Olympics, and the Fight for Democracy.