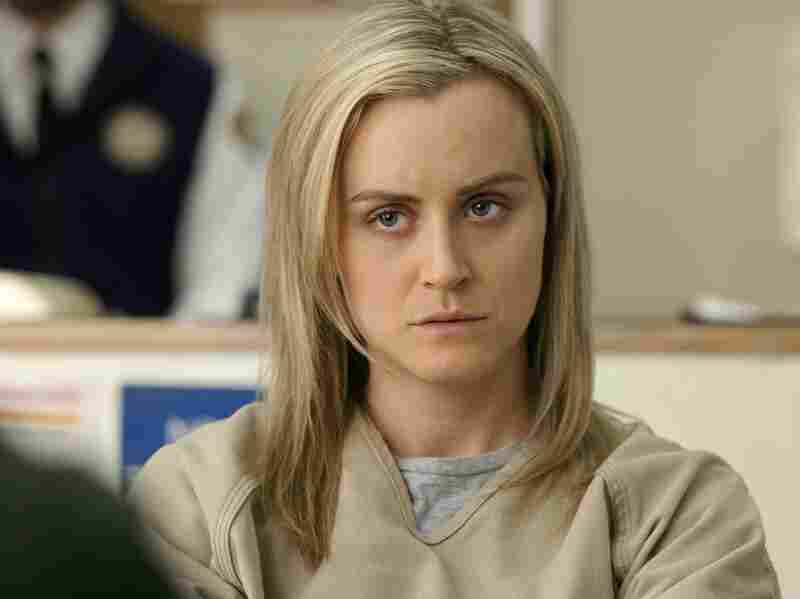 Taylor Schilling's Piper Chapman is among the fascinating characters who continue to push forward in the second season of Netflix's Orange Is The New Black. Jojo Whilden/Netflix hide caption 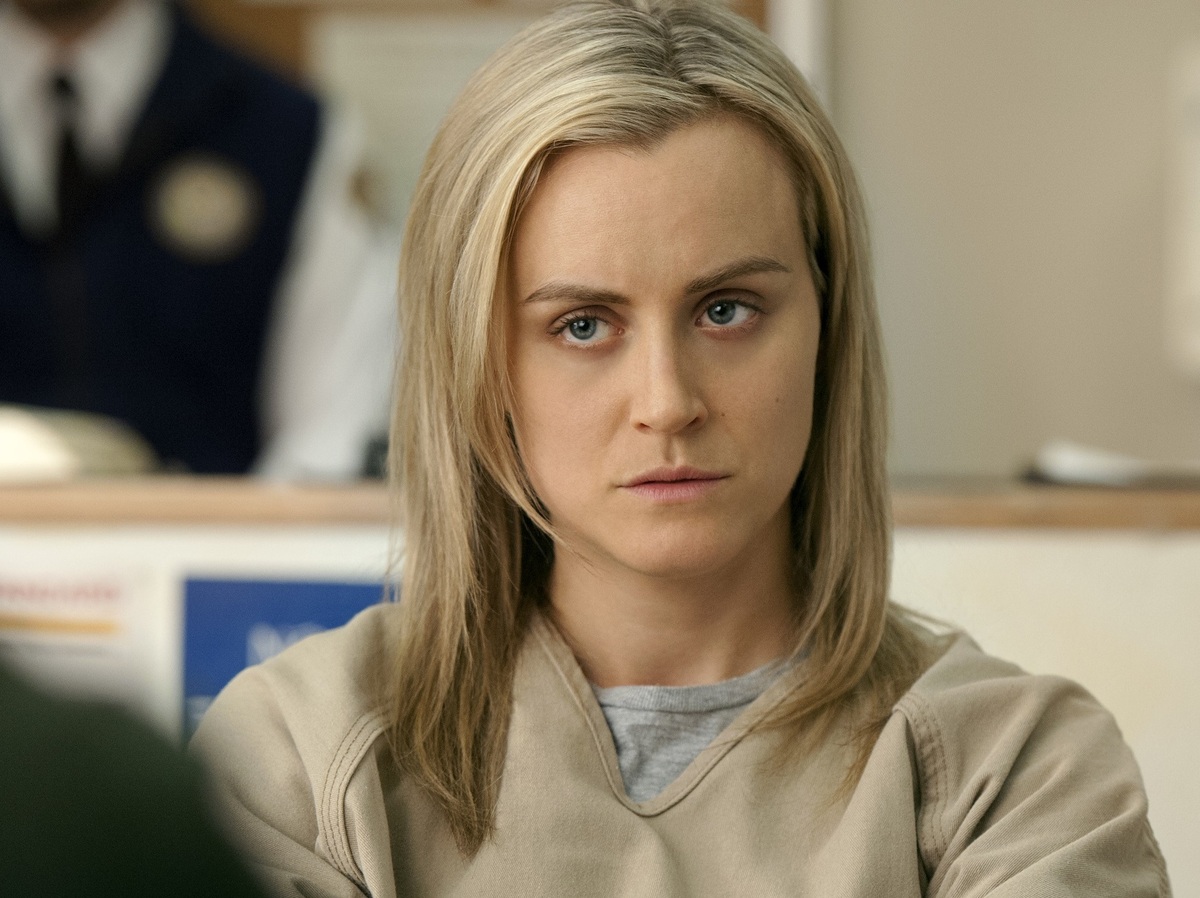 Taylor Schilling's Piper Chapman is among the fascinating characters who continue to push forward in the second season of Netflix's Orange Is The New Black.

Orange is the New Black has always been a bit of a head fake.

Creator Jenji Kohan has admitted she uses the story of WASPy prison inmate Piper Chapman to draw TV audiences into stories about the types of women who rarely take centerstage in more mainstream fare: a transgender woman, an older Russian woman, poor and undereducated black and Hispanic women and the mentally ill.

That process continues to wonderful effect in the show's second season, as we learn more about the history behind a wonderful collection of characters stuffed into a federal women's prison. In particular, character actress extraordinaire Lorraine Toussaint cuts a blazing swath through this year's batch of episodes, as an O.G. who lands in the prison and has serious history with Danielle Brooks' longtime inmate Tasha "Taystee" Jefferson.

But one of the best revelations in this year's Orange is the changes in Taylor Schilling's Piper Chapman. Finally, we're past the obvious jokes about a too-polite, middle class girl who insists on acting like she's at some horrible summer camp; as this season unfolds, Chapman gets a little tougher and learns to live with the awful consequences of her decisions.

That doesn't come until she makes the worst choice of all, rooted in her inexplicable connection to the woman who helped put her in prison – Laura Prepon's bisexual drug runner Alex Vause.

Through much of the first season, you couldn't help wondering why Chapman cared so much about someone who used her so badly; by the end of the second season's first episode, we see exactly where that trust leads her. The show being what it is, it's no place anyone would want to go if they had a choice.

On one level, Orange is a tragicomedy about society's fallen, from the poor and mentally disturbed folks filling up the prison to the working class schlubs who have to guard and care for them. These are people mainstream media often avoids in its rush to sell viewers on aspirational dreams or escapist fantasies.

But as we watch the prison's black inmates learn with some surprise exactly where their urethra is – of course, it's Laverne Cox's transgender Sophia Burset who has the facts at hand – we see how tightly a lack of education and knowledge are wrapped up in the circumstances which have led these women here.

Of course, we also get lots of juicy backstories. Another one of Orange's neat tricks is the show's flashbacks to inmates' pre-incarceration lives. In the second season, we see the sad childhood of mentally unstable Crazy Eyes, the domestic violence past of head cook Gloria Mendoza and the surprising history of a German-speaking lesbian military brat who we come to know as Taystee's sometime oblivious running buddy, Poussey Washington.

One of the best backstories falls to Taystee, who was taken in by Toussaint's Yvonne "Vee" Parker when she was young. As Vee returns to the prison, she has dreams of uniting the black inmates into a gang who will control everything, threatening the odd sense of harmony in this fictional prison.

Another wonderful side benefit of Orange's approach is the running room it gives to ace actresses like Toussaint and Kate Mulgrew, who plays a Russian powerhouse with her own tangled history regarding Vee and the old days behind bars. Elsewhere in TV land, these ladies would be exiled to playing judges and grandmothers; here, they stand at the center of the action, making moves which will affect the future of the prison.

Instead, we are treated to the show's second level of meaning, which weaves a tapestry of stories around a collection of lost souls. These are people cursed with bad luck, awful decisionmaking skills, crushing addictions, hopeless life circumstances or all of the above. And watching them still, somehow, struggle to find meaning in lives bound to such a hopeless place is compelling in ways Kohan's previous series, Weeds, never managed for me.

I was on the board that handed Orange is the New Black a Peabody Award this year, for offering stories which made hip television consumers care about the kind of people who normally never get on their radar screens.

To find that the second season takes that tactic even further, offering new sides to characters we already thought we knew while serving up new ones with even better backstories – well, that's an amazing achievement for a show which set the bar incredibly high in its first season.

So I suggest heartily binge-watching the 13-episode second season that Netflix released online this morning. There might be no better examination of what it means to be lonely and trapped in the fallout of a hard life on television today.