Accessibility links
'Obvious Child' Tells An Abortion Story With Rom-Com Heart The film follows a comic as she gets dumped, fired and pregnant from a one-night stand. Director Gillian Robespierre says despite the film's dark opening, she always knew it'd have a happy ending. 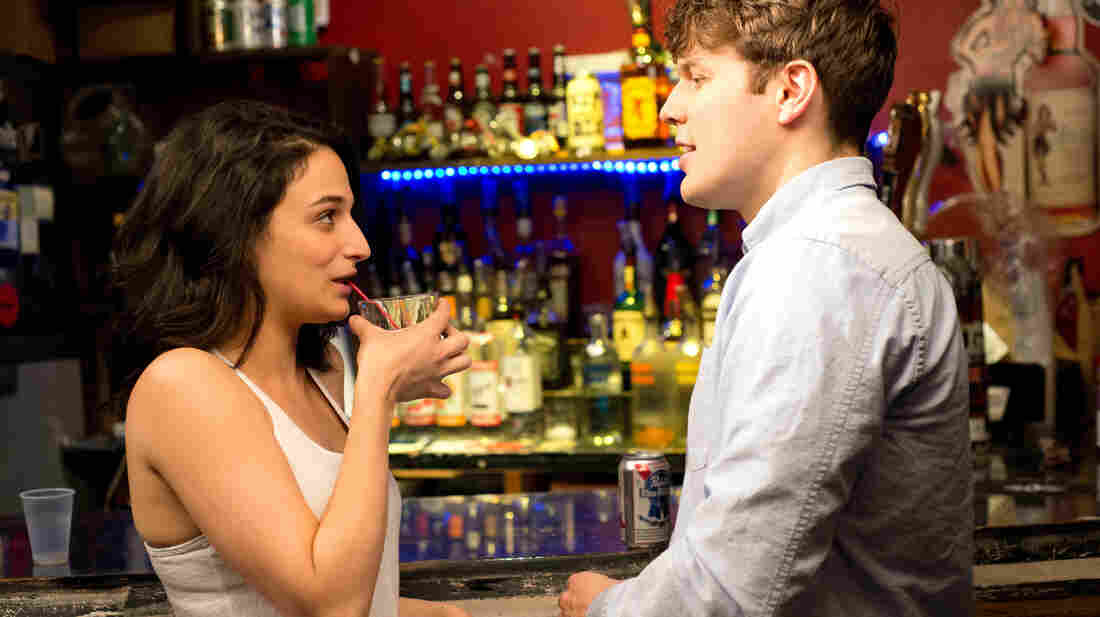 In The Obvious Child, 20-something comic Donna (Jenny Slate) finds herself pregnant after a one-night stand with Max (Jake Lacy), a young professional who's not remotely her type. Courtesy of A24 hide caption 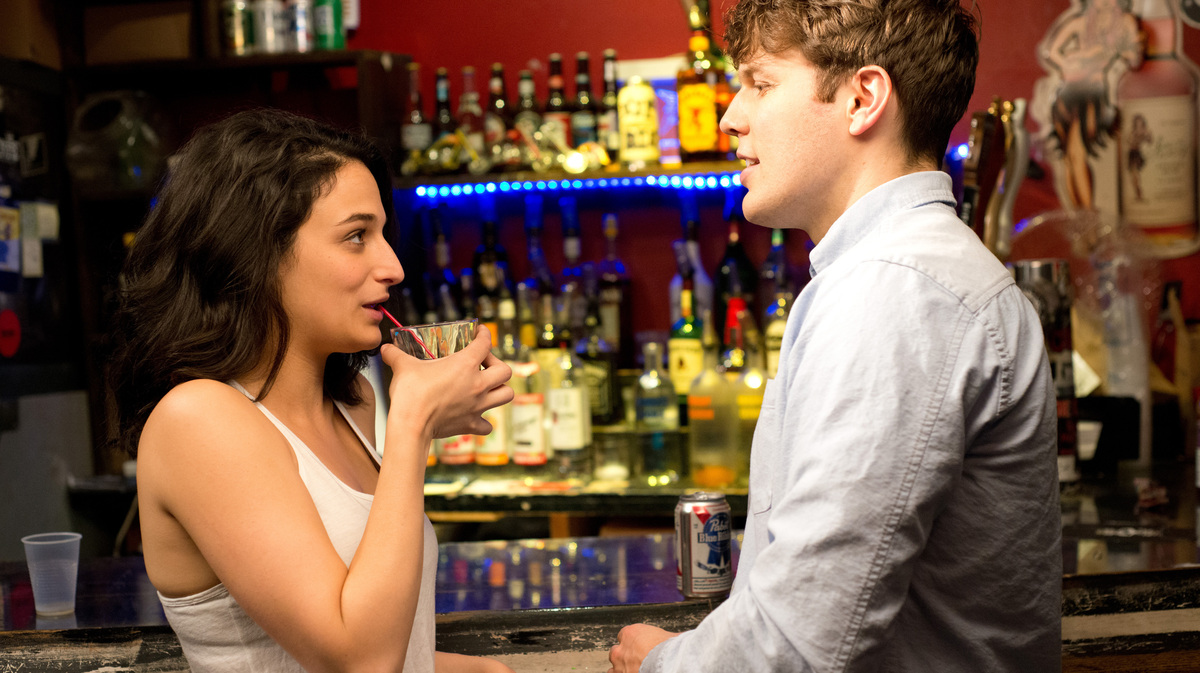 In The Obvious Child, 20-something comic Donna (Jenny Slate) finds herself pregnant after a one-night stand with Max (Jake Lacy), a young professional who's not remotely her type.

Obvious Child's story goes like this: Boy dumps girl; girl is sad; girl rebounds with nice guy she meets at a bar, and then things get complicated. Comedian Jenny Slate plays Donna, the main character:

"Donna's in her late 20s. She's a comedian in Brooklyn. ... It's going pretty well for her at the start of the film. [But then] she ends up getting dumped and fired and then pregnant all in time for Valentine's Day. ... It all really starts to circle the drain a little bit."

Slate and director Gillian Robespierre join NPR's Rachel Martin to talk about the challenges of making a romantic comedy about abortion.

On how Slate and Robespierre first met

Robespierre: Jenny in real life is an amazing stand-up comedian. I first met her in 2009 while she was on stage. She was performing at a free comedy club — not even a club, it was more of like a hole behind a bar. I remember it being very sweaty back there.

Slate: And the bathrooms were upsetting, as they tend to be ...

On the difference between Slate's comedy and that of her character, Donna

Slate: My comedy is unplanned in a way and it is confessional, but I think Donna is much more passive than I am. ... She is zero to 100 with nothing in between. I think my comedy tends to be just as open, but I do have boundaries.

Slate: You know what, Gillian and I were talking yesterday about how I have not ever done this. Maybe some texts, but usually the people that I call when I'm drunk are my parents. ... I have drunk-dialed my parents quite a number of times and my mom picks up the phone and goes, "Jen, what's wrong?" And usually it's just, "I just love you, I wanted you and dad to know that I love you." And then they tell me to get some water.

Robespierre: We really love romantic comedies, and that's sort of the genre that we wanted to stick to. And the question was never "Will they?" or "Won't they?" — "Will Donna, or won't she, have an abortion?" It was: "Will she be able to tell the [rebound] character?" And, I think: "How is he going to react to it?" And I think we always wanted it to be a happy ending. And we leave them where we find them, just sort of getting to know each other.

On the challenges of making a comedy about abortion

Slate: You'll notice that there aren't a lot of jokes about abortion in the film. And I think what we tried to do with the comedy was just make sure that it made us laugh, that it wasn't trying to be glib or flippant or too hip. I'm not a fan of the too-cool-for-school vibe; I think it's good to be thoughtful. And we started from there.

Sometimes we put a toe over the line, and I think that's good. I think it's good to be flexible with the boundaries, a little bit, of what we think is OK to joke about to show ourselves that it's not so fragile and so rigid that everything's gonna break if we change our language or change our viewpoint.