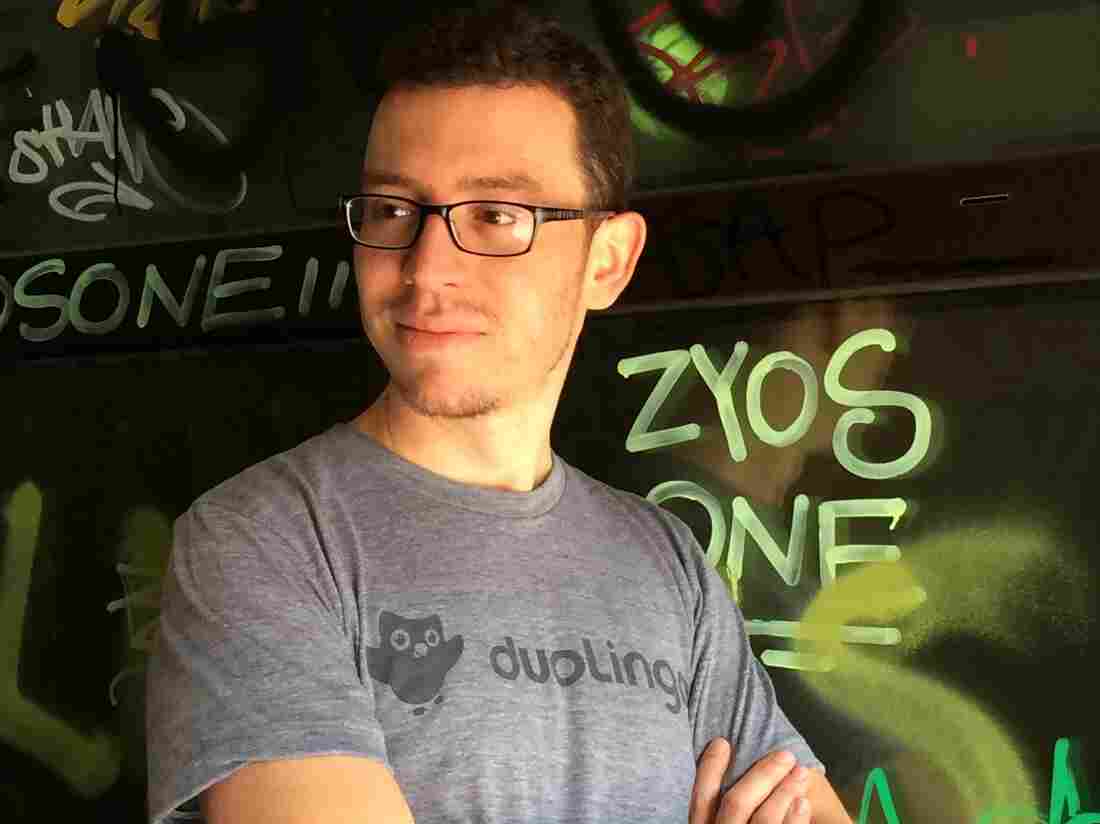 Computer programmer and entrepreneur Luis von Ahn wants you to help translate the web by learning a new language. Courtesy of the Duolingo archives hide caption 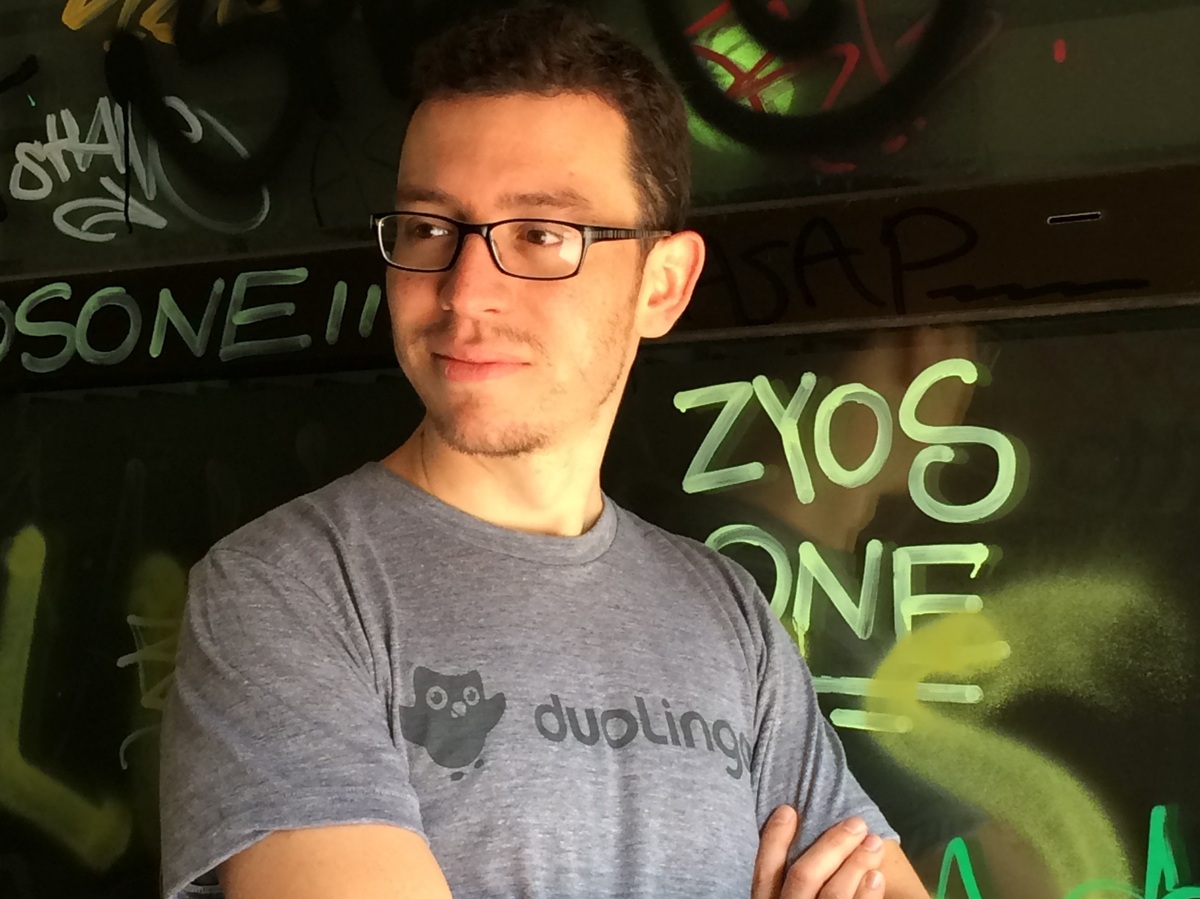 Computer programmer and entrepreneur Luis von Ahn wants you to help translate the web by learning a new language.

Courtesy of the Duolingo archives

Luis von Ahn believes humans can solve big problems with technology, and not even know they're doing it. He's behind innovative projects like reCAPTCHA, which crowdsources human brainpower to digitize books. His latest project is Duolingo, a free website that teaches foreign languages. While people are using it, they're also translating the Web from english into every major language.

To learn more about how Duolingo works, listen to his TED Radio Hour segment from the episode Why We Collaborate. He answered listeners' questions about his work.

How fluent can someone become after completing language courses through Duolingo?

With our current courses, users can go from having no knowledge of a language to becoming 'high intermediate' in that language. Within the Common European Framework, this would be the equivalent of a B1/B2 level.

This allows users to communicate fairly well in this new language, helping them secure job opportunities or qualify for educational programs. Many digital courses claim taking users to a full fluency level, but this is not possible.

A lot of learning a new language depends on understanding nuance and context. That must be a challenge with Duolingo — is that something you and your team are working to refine?

This is definitely true, though it applies mostly to our advanced users. Duolingo allows users to practice their new language skills by collaboratively translating current texts from Wikipedia, CNN, Buzzfeed and other sources. Our users enjoy this as it allows them to test their knowledge with real world content.

We are also working on a new feature that will allow our users to communicate with each other in the language they are learning, with help from Duolingo.

Can You Crowdsource Without Even Knowing It?

What makes Duolingo a better translator of the web? Aren't we just duplicating other efforts like professional translators or automated translators?

Web translations can be decent but are far from accurate - we are a ways away from seeing great computer-generated translations. The reason for this is that language has nuances and variations that only humans can pick up - such as for example irony, or humor. Duolingo's translations are generated through the collaboration of many users, such that each votes on the best translations for each sentence and provides their own iteration. The resulting product is a very accurate translation with all the necessary human touches to make it better than an automated translation.

Professional translators are great but scarce and relatively expensive. Duolingo allows companies to obtain high quality translations at a high speed and high volume, but at a low cost.

Do you see Duolingo expanding and teaching math skills for free? How might that human energy be crowdsourced?

We do consider expanding into other areas of education and discuss ideas within our team, but do not have a clear direction yet. Math skills could be a possibility, as could computer science skills which may be more directly applicable in the real world, helping people around the world obtain better opportunities for themselves.

Is there a website where I can do reCAPTCHA for fun to help digitize books?

Not that I know of!

Have you learned a new language with Duolingo?

I'm currently learning Portuguese with Duolingo. Brazil is one of our largest markets so I thought it would be useful to speak the language. So far I can communicate basic thoughts but I can actually understand everything almost perfectly. My native language is Spanish which helps, but spoken Portuguese is actually not that easy to understand for native Spanish speakers.

Do you think coming from Guatemala gives you a different perspective to problems that American entrepreneurs and technologists don't have?

Guatemala is a very poor country, where most people don't have enough resources to obtain opportunities that could improve their life condition. I was quite lucky and was able to attend a very good international school at home, but the fact that most people around me could not get a decent education has always been a problem I wanted to help solve. This is how the idea of Duolingo surfaced.

This doesn't mean that American entrepreneurs couldn't have had similar perspectives - it's just the way in which my home country has influenced the issues I've chosen to tackle.