Accessibility links
Larry Wilmore Knows: Heavy Lies The Late-Night Mantle Larry Wilmore talks to NPR TV critic Eric Deggans about the pressure of moving from his job as the "senior black correspondent" on The Daily Show to his spot as host of the new show Minority Report. 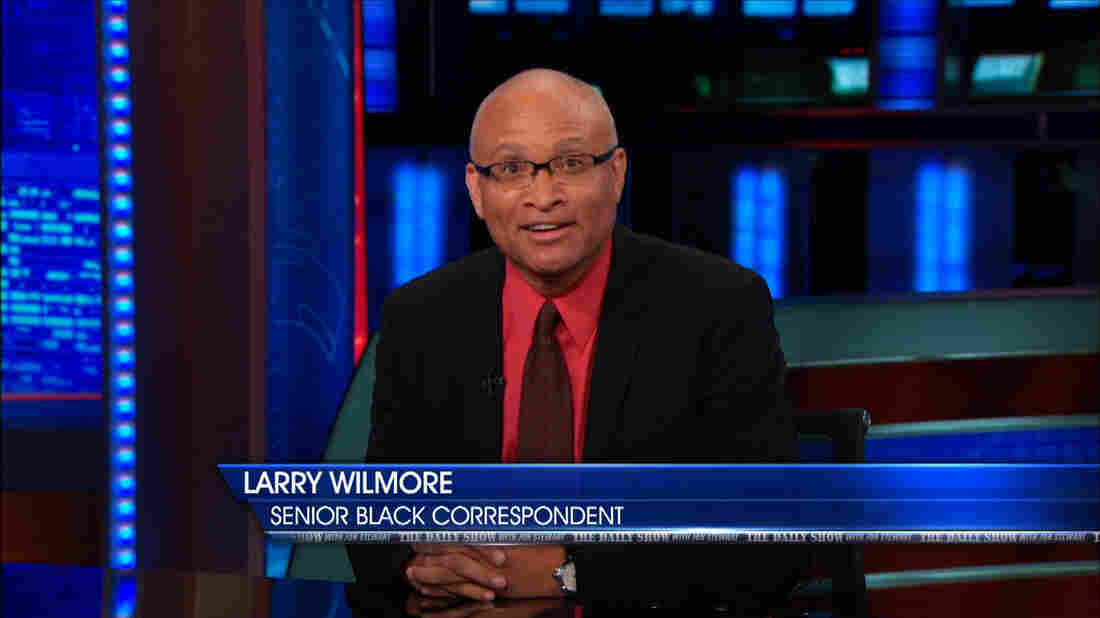 "When I'm working on The Daily Show, I understand that I'm having a dialogue with the audience about something that is pretty charged," says Larry Wilmore. "And I'm always trying to work on: What is this really about?" Comedy Central hide caption 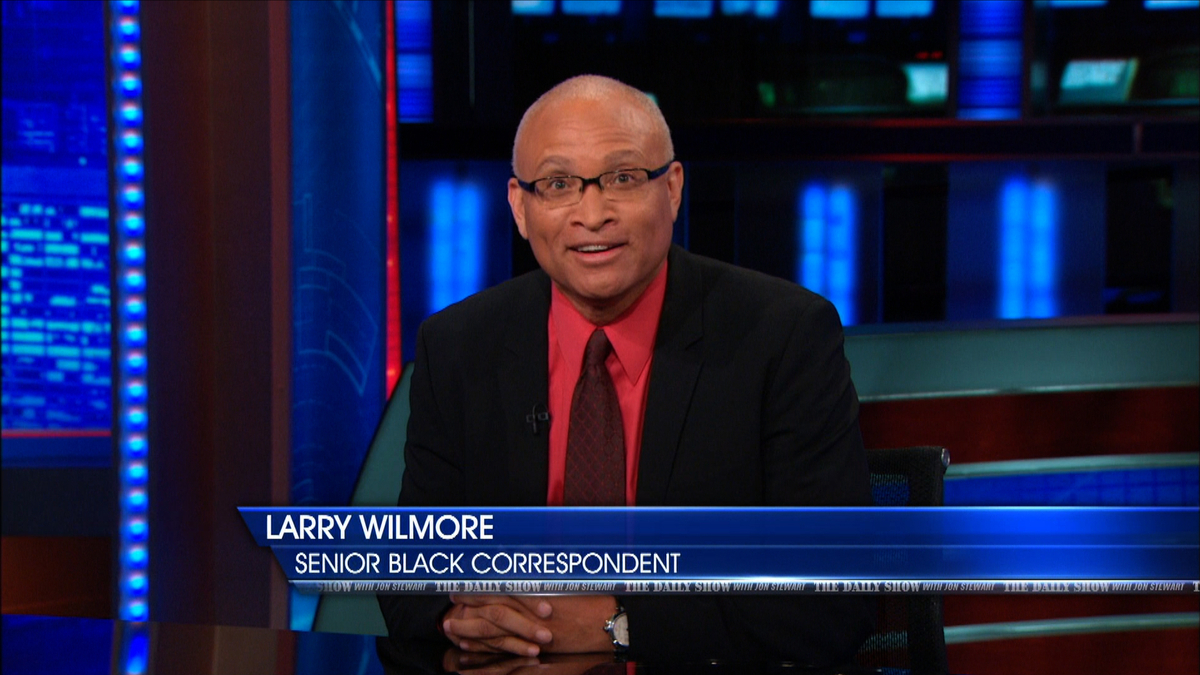 "When I'm working on The Daily Show, I understand that I'm having a dialogue with the audience about something that is pretty charged," says Larry Wilmore. "And I'm always trying to work on: What is this really about?"

The toughest gig falls to Stephen Colbert, who will replace late-night talk icon David Letterman on CBS next year. But Wilmore has been named to replace Colbert, leading a show that will tackle topics barely referenced on television: race and diversity.

And Wilmore admits to just one teeny, tiny concern about replacing Colbert: He might screw it up pretty badly. And then they'd never let another black guy host another late-night TV talk show.

"We ain't gonna let any other brothers do it now — we gave him a chance," he jokes. "That's the pressure right there."

We ain't gonna let any other brothers do it now — we gave him a chance. That's the pressure right there.

You know he's joking, because Wilmore has already succeeded in just about every other job in television comedy. He developed an animated series with Eddie Murphy, called The PJs, about a superintendent working in a housing project. On NBC's The Office, he played a diversity consultant while he was working as consulting producer on the show. And he's won over Daily Show audiences as the program's "senior black correspondent."

" 'Shop and frisk' is what the media calls it, Jon. Brothers just call it 'shopping,' " he said during a Daily Show segment on allegations that Barney's department store was discriminating against black customers. "And by the way: Make up your mind, America. You can't tell brothers to pull up our pants and then arrest us when we try to buy a belt."

Wilmore's new show, The Minority Report, will give him half an hour to carve up diversity-related controversies with his signature mix of snark and punchlines. The concept — and the notion that Wilmore should host it — came from the king of late-night info comedy, Daily Show mastermind Jon Stewart.

"I say Jon is like a combination of, like, Johnny Carson, Walter Cronkite and for me, I would add, Jesus," Wilmore says, laughing. "If Jon blesses you — that's why I say Jesus, you know — then the audience says, 'Oh. OK.' "

Wilmore commits a kind of comedy jujitsu when he makes fun of our hang-ups about race. People of color can see themselves in the jokes and white folks can laugh without feeling racist. "When I'm working on The Daily Show, I understand that I'm having a dialogue with the audience about something that is pretty charged," he says. "And I'm always trying to work on: What is this really about?"

When the News Is a Laughing Matter

Case in point: When President Obama suggested that politicians weren't the best people to start a national dialogue on race, Wilmore offered a joke based on a startling statistic. "Consider this," he said on The Daily Show, "According to an NBC/Wall Street Journal poll, a majority of whites see America as colorblind, whereas a majority of blacks see white people as crazy."

Wilmore says the first idea is rarely where you want to stop. "I'm always suspect of the first joke that we get on it, because I always feel, that's usually where everybody's going to arrive. But let's keep going. Let's keep carving away, and let's get under that. What else is this about?"

On The Daily Show bit about race dialogue, that led to this joke: "White people tend to look at race relations through rose-colored glasses. And black people resent the use of the word 'colored' in that last sentence."

Wilmore is facing one of his biggest career challenges just when he thought he was too old for late-night TV. He's 52; that will be older than every host on the network shows by the time he starts in January.

And he had other options. He'll have to leave another series he co-created, a sitcom on ABC this fall called Black-ish. He's also pushing to finish co-writing a script for HBO, adapting the Web series Awkward Black Girl. He was pretty busy, even before the Letterman/Colbert switch was announced. But then a friend called as news broke that The Colbert Report (pronounced re-PORR) would be no more.

"You gotta do the Wilmore Report," he says, mimicking the faux French pronunciation of Colbert's show title. "I thought, hmm, well, that's actually not a bad idea. ... And then, I swear to God, it's like the next day this whole viral campaign started on Twitter and Facebook about 'Wilmore to replace Colbert.' "

Since CBS has moved to cancel Arsenio Hall's syndicated show, when Wilmore takes the stage next year, he'll probably be the only host telling jokes in late night who isn't white. So the implications are obvious. If Larry Wilmore doesn't succeed, late night may always be destined for domination by smart-alecky white guys.

And that's no pressure at all.