Accessibility links
Charles Wright: The Contemplative Poet Laureate "I'll probably stay here at home and think about things," says the new poet laureate. Wright offers one path to a rich inner life, something America can always use more of. 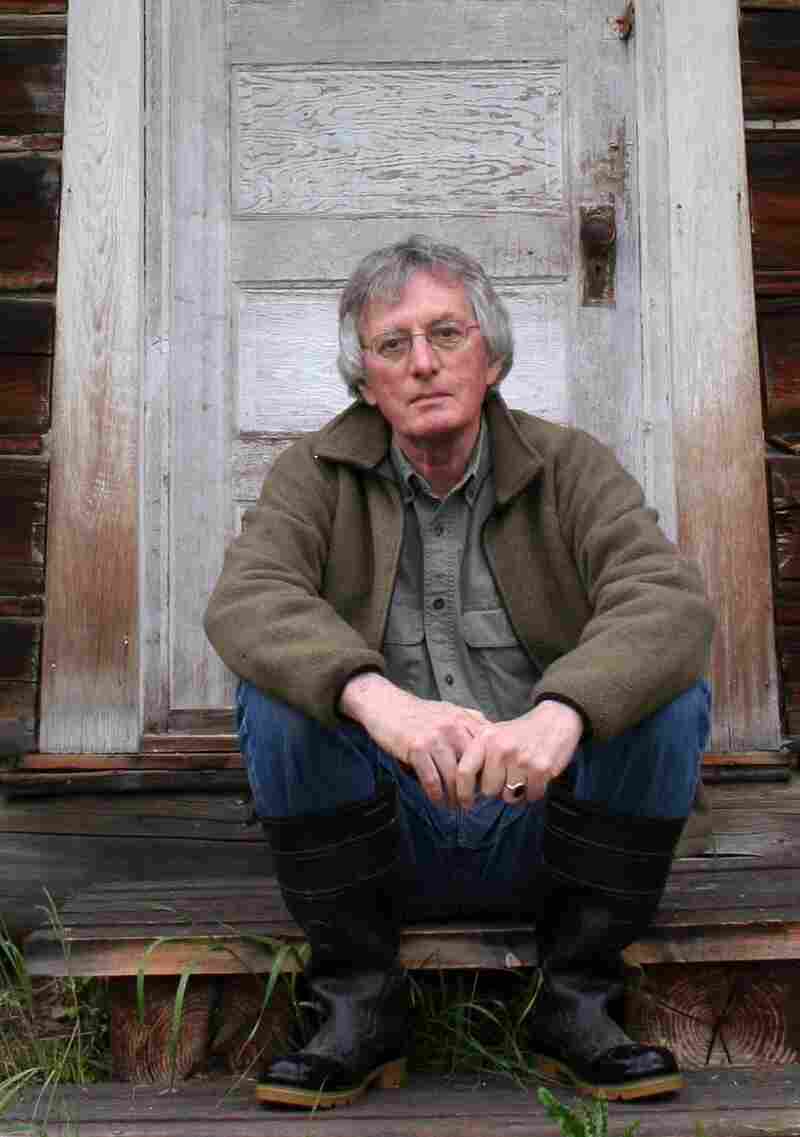 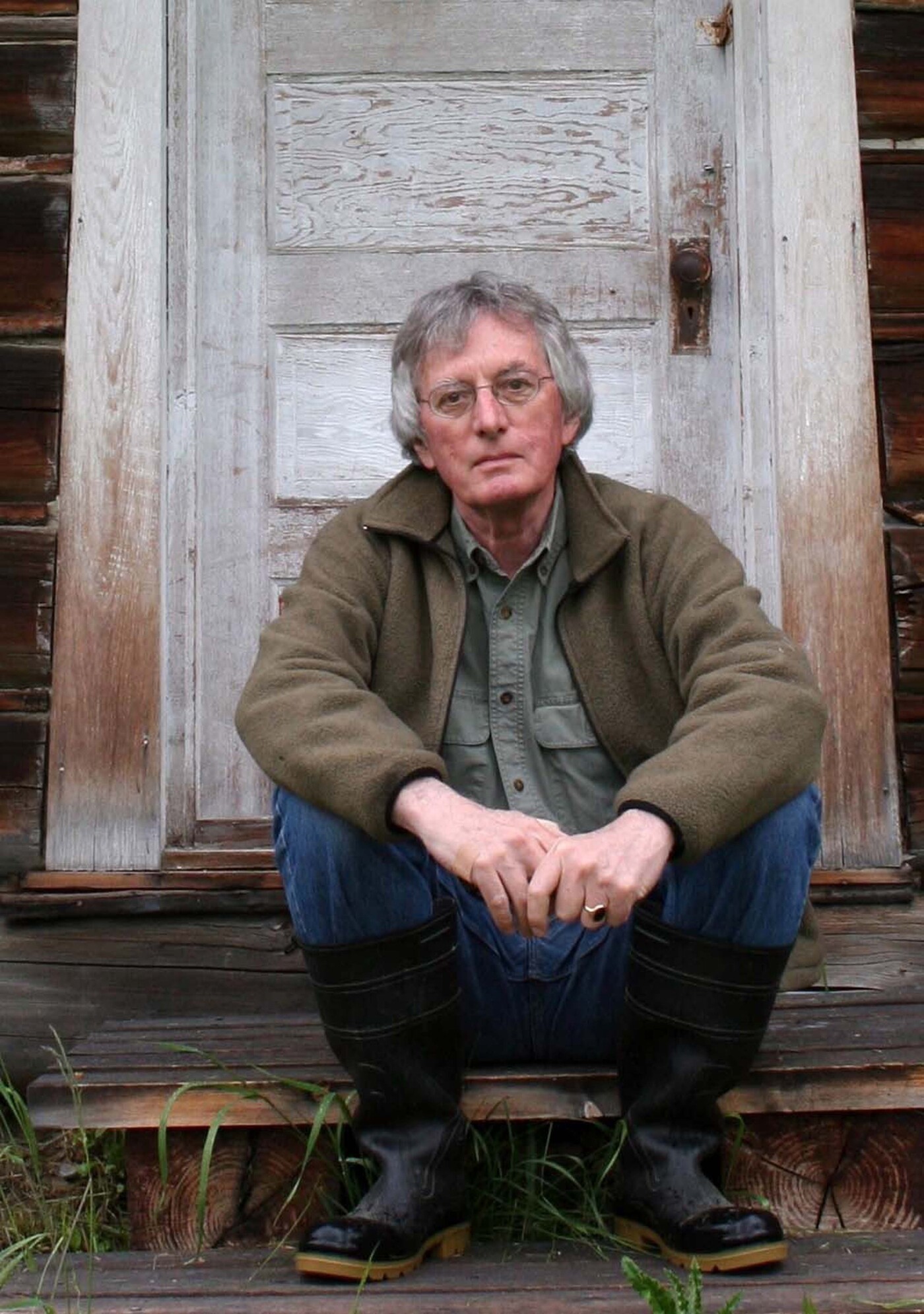 Charles Wright, the next poet laureate, often finds his richest material right out his window.

Our next poet laureate may end up speaking on behalf of the more private duties of the poet — contemplation, wisdom, searching — rather than public ones. In one of his first public statements after learning of his new post, Charles Wright said that, as laureate, "I'll probably stay here at home and think about things." He also told NPR, "I will not be an activist laureate, I don't think, the way Natasha [Trethewey] was ... and certainly not the way Billy Collins was, or Bob Hass, or Rita Dove, or Robert Pinsky; you know, they had programs. I have no program."

This hermetic stance is in keeping with the personality of Wright's poems, which match a certain notion of what poetry ought to sound like: "wise," first and foremost, tackling big ideas such as spirituality and life and death. They tend to approach the spiritual in an open-ended way, as though someone smart were writing a kind of improvisational Bible with a Southern twang (like Trethewey, the outgoing laureate, Wright is from the South — Tennessee, to be exact) in which God and nature are mostly interchangeable.

Wright's poems are also unrelentingly beautiful, full of enchanting lines like these:

All my life I've listened for the dark speech of silence,
And now, every night,
I hear a slight murmur, a slow rush,
My blood setting out on its long journey beyond the skin.

Since 1970, Wright's been steadily building a powerful body of poetry, deepening the same thematic and verbal trenches, slowly widening them, in over 20 books. He's won the Pulitzer Prize, the National Book Award, the National Book Critics Circle Award and just about every other prize a U.S. poet can. He's almost universally regarded as a major poet, has mentored countless younger writers in his career teaching at the University of Virginia, and continues to publish a new book about every two years. His most recent, Caribou, came out in March.

Wright's poems talk seemingly off-the-cuff, as if they hope to trip over wisdom wherever it happens to be. More often than not, they do, especially when they discuss the subject of language itself — and whether and how it reveals its secrets:

You've got to sign your name to something, it seems to me.
And so we rephrase the questions
Endlessly,
hoping the answer might somehow change.

His poems are repetitive, written in long sequences that gather power by accretion, a kind of gentle collaging, where description is set next to aphorism, lines of longing, questioning, contemplating. And yet, though it luxuriates in thought and feeling, this is a fast-moving poetry, accessible, easy and fun to quote.

I can drop my finger on any page of The World of the Ten Thousand Things, Wright's collected poems from the 1980s, and find something amazing: a stunning and sexy address ("My mouth will be precious then, / as your mouth is precious"); a simple and accurate description of nature on nature's terms ("sundown has passed you and follows me up the road, / Color of dragonfly wings."); a koanlike wish: "I'd rather be memory, touching the undersides / Of all I ever touched once in the natural world."

Wright's closest poetic cousins, in America, at least, are former poet laureate W.S. Merwin and the late Richard Hugo, both poets for whom expansive landscape becomes an allegory for vast inner life. Like Merwin's Hawaii and Hugo's Northwest, Wright's American South is ripe with metaphor. But Wright's true poetic lineage goes back to Emily Dickinson — like her, Wright often finds his richest material right out his window.

Nature, in its everyday manifestations, is Wright's supreme power, but, try as he might — and these poems do try hard, again and again, to see nature on nature's terms — he can't get people out of the landscape, or even out of the sky. Even the moon has its human element: "Half-moon rising, thin as a contact lens."

Time in his poems seems to speed up and slow down alternately, to expand and contract, wavelike. The line dividing the personal from the public is as thin and permeable as the one that divides the present from the past, as in these lines from "Poem Almost Wholly in My Own Manner" from 1997's Black Zodiac:

In Moorhead, Mississippi,
my mother sheltered her life out
In Leland, a few miles down US 82,
unfretted and unaware,
Layered between history and a three-line lament
About to be brought forth
on the wrong side of the tracks
All over the state and the Deep South.
We all know what happened next,
blues and jazz and rhythm-and-blues
Then rock-and-roll, then sex-and-drugs-and-rock-and-roll, lick by lick
Blowing the lanterns out—and everything else—along the levees ...

Book News: Charles Wright, Who Writes Of God And Nature, To Be Poet Laureate

Recent poems contemplate mortality, as late poems should, trying to sum up, with humor, a bit of impractical advice, and a kind of bemused shrug, the relatively short distance between the beginning and end of a life: "The more you say, the more mistakes you'll make, / so keep it simple. / No one arrives without leaving soon," says Wright in one of his prayerlike "sestets," six-lined poems of which he published an entire book in 2009.

For Wright, death is more friendly than threatening, a movement in a cycle he feels grateful to be part of: "Under the push of our footprints, / the earth is ready for us," he writes in a poem from Caribou.

Wright offers one possible path to a rich and considered inner life, something America can always use more of. While he might not be planning to pound the national pavement during his laureate year, Wright has plenty to tell us if he lets his poems do the talking.