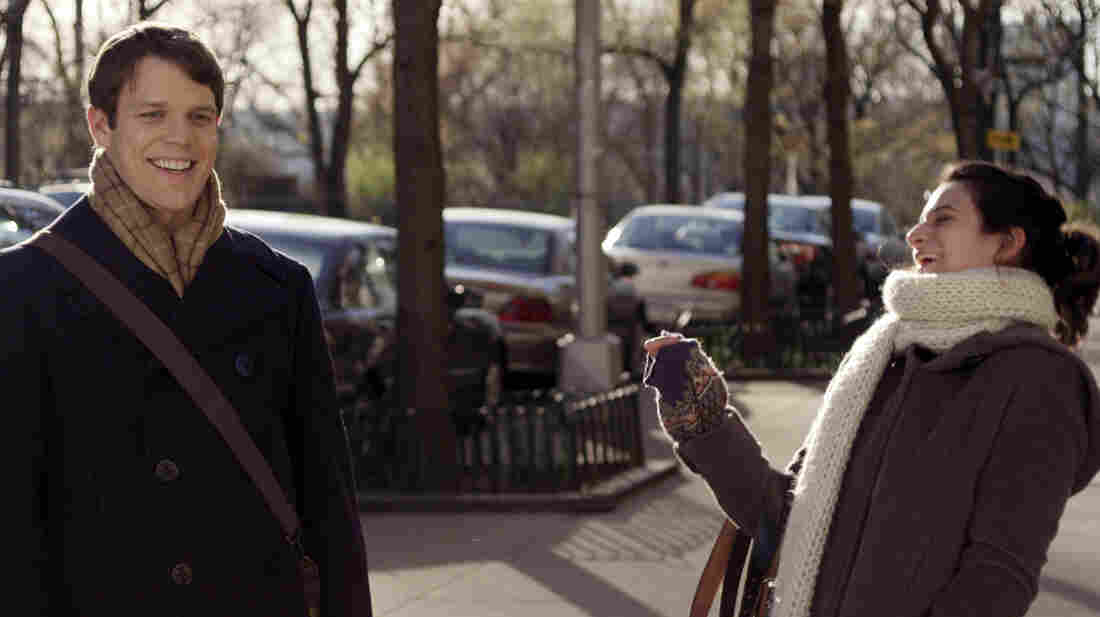 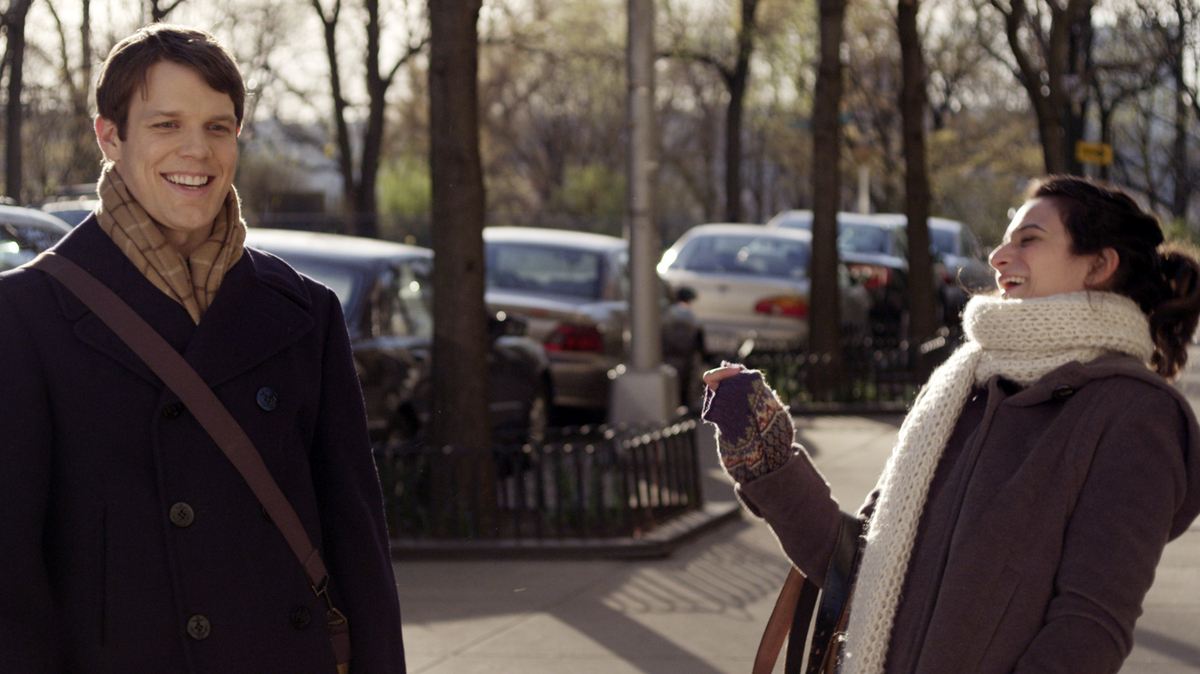 Obvious Child centers on Donna Stern, an aspiring standup comic in her late 20s who's out of her depth in the grown-up world. After getting smashed and having unprotected sex with a guy she barely knows, Donna discovers she's pregnant and decides to have an abortion. It shouldn't be a particularly earthshaking turn. But in a world of rom-coms like Knocked Up and Juno, in which the heroines make the heartwarming decision to go ahead with their pregnancies, this modest little indie movie feels momentous.

Director Gillian Robespierre has a good last name for a revolutionary. But it's not a revolution with placards and manifestos. It's a revolution of small, embarrassing truths. Obvious Child begins with Donna, played by Jenny Slate, standing before a mic in a Williamsburg, Brooklyn, club making fun of her Jewish features and her farts and implying it's a miracle she even has a boyfriend. That boyfriend, Ryan, is standing in the back, scowling. He doesn't seem to like her exhibitionism. In fact, he's fixing to dump her.

Of course, male comics have gotten away with self-humiliation for decades. But it's only recently that women like Sarah Silverman, Amy Schumer and, in a different context, Lena Dunham, have suggested that one mark of power is the right to parade one's weaknesses in front of the world. The fictional Donna Stern is figuring out in front of our eyes how much of herself she can expose onstage.

More On The 'Obvious Child' Movie

I imagine some audiences won't have much patience with her. She really is a child. She lets herself be babied by her adorable, leftist teddy-bear dad, played by Richard Kind, and she's patronized and financially supported by her supercompetent business professor mom, played by Polly Draper.

When she gets pregnant after sleeping with Max (Jake Lacy), an earnest, Vermont-bred business student, she spends a lot of time dodging his overtures. She doesn't seem to know her own mind. All through the film she's propped up by her pal (played by Gaby Hoffmann) and the comedy club's emcee, played by Gabe Liedman.

Donna never does figure out how to tell Max what's going on, but then most viewers probably won't figure out Max. He's not filled in. And when he turns out to be — by sheer coincidence — a business student of Donna's mom, it seems like a setup for a joke that never comes.

But if Max isn't believable, Donna feels so real she could be sitting next to you in the theater. Jenny Slate can be seen opposite Nick Kroll in drag on the Kroll Show in a weekly reality TV sendup called Publizity about two jittery LA publicists named Liz. She's even more famous for blowing her Saturday Night Live debut several years ago by blurting the F-word on live TV. I found that rather endearing and hoped Slate would get her own show. She didn't — she barely lasted the year. But what I love about her in Obvious Child is that sense of danger she brings. She's all frizzy little coils of neurotic energy. Anything could pop out of her mouth.

That fits a character who has no self-control. She's a big baby, someone who can't take care of herself, let alone a little baby. Director Robespierre lets you take Donna as you will. Robespierre has the courage of her ambivalence. The best thing about Obvious Child is that there's nothing obvious about it.