Accessibility links
The Milkman's Comeback Means Dairy At The Door And More The milkman has been out of style for decades, but all over the country, trucks have started delivering fresh milk, organic vegetables and even humanely raised chickens to your door. 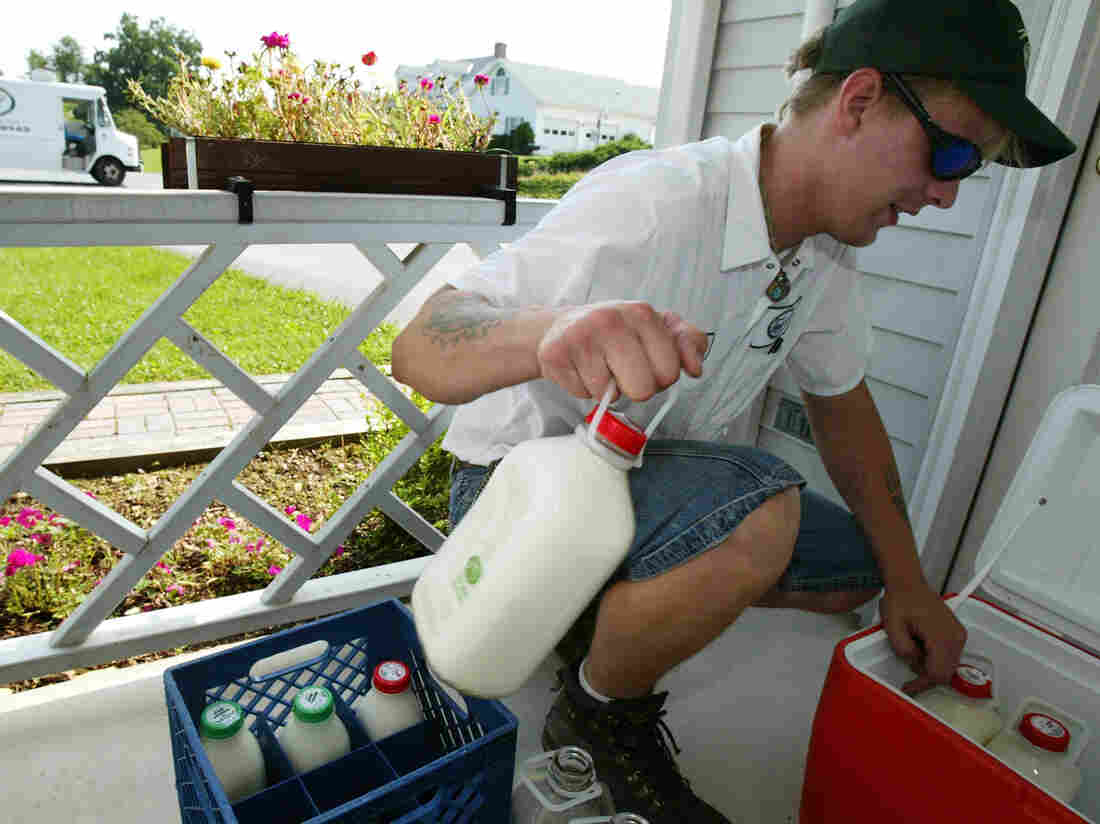 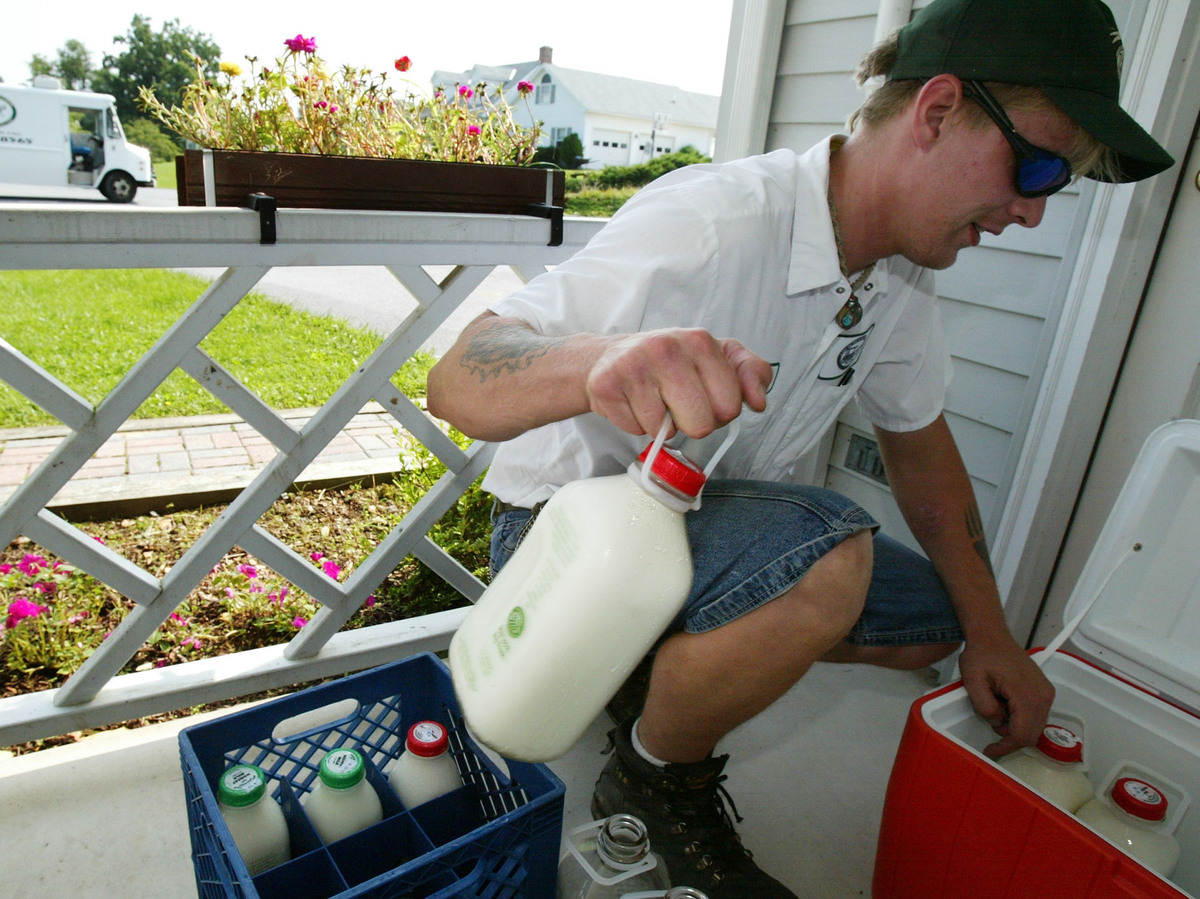 You don't even have to get out of your PJs to go to the farmers market now.

All over the country, trucks are now delivering fresh milk, organic vegetables and humanely raised chickens to your door — though in New York, the deliveries come by bike.

Fifty years ago, about 30 percent of milk still came from the milkman. By 2005, the last year for which USDA has numbers, only 0.4 percent was home delivered.

But while we don't yet have the official government numbers on this trend, there's no doubt that bottled milk is once again showing up on stoops in the pre-dawn hours.

South Mountain Creamery in Maryland began home delivery in 2001 with 13 local customers. Today they have 8,500 home delivery accounts in five states. The company promises there will be no more than 48 hours between the time the cow is milked and the bottle arrives at your door.

Amazon's Grocery Delivery: A Trojan Horse To Get In Your Door

It's happening all over the country. Louisville has a dairy that delivers milk three times a week. Vegetables and meats are delivered to homes in Michigan, Kansas and Colorado.

What are the reasons behind this change? Processed foods, E. coli scares and factory farms mean we want to know where our food comes from and who's growing it.

The services tend to be by subscription, but also flexible — once a week, once a month, or on demand. It's usually all organic or all local, or some of each.

It's more than just produce and milk. Farmers and dairymen have tapped into a regional network of food producers, and they now offer grass-fed meats, hand-churned butter, pesticide-free lavender, gluten-free bread and unprocessed honey.

The source may be a sixth-generation farmer, but it could also be a newcomer to farming, a lawyer-turned-beekeeper, for instance.

The websites tend to use the same vocabulary — words like authentic, simple, community and connection. Farmhouse Delivery in Texas, for example, refers rather nostalgically to a "return to the family table."

It's just one of many producers who wax lyrical about a time when local food was a matter of course and everyone had a milkman and an iceman.

We're still not very likely to see the iceman again, but the milkman indeed cometh.