Accessibility links
The Spoiler-Free 'Game Of Thrones' Twitter Translator If you don't watch Game of Thrones, you can still follow it on Twitter with our handy translator of tweets to plot. 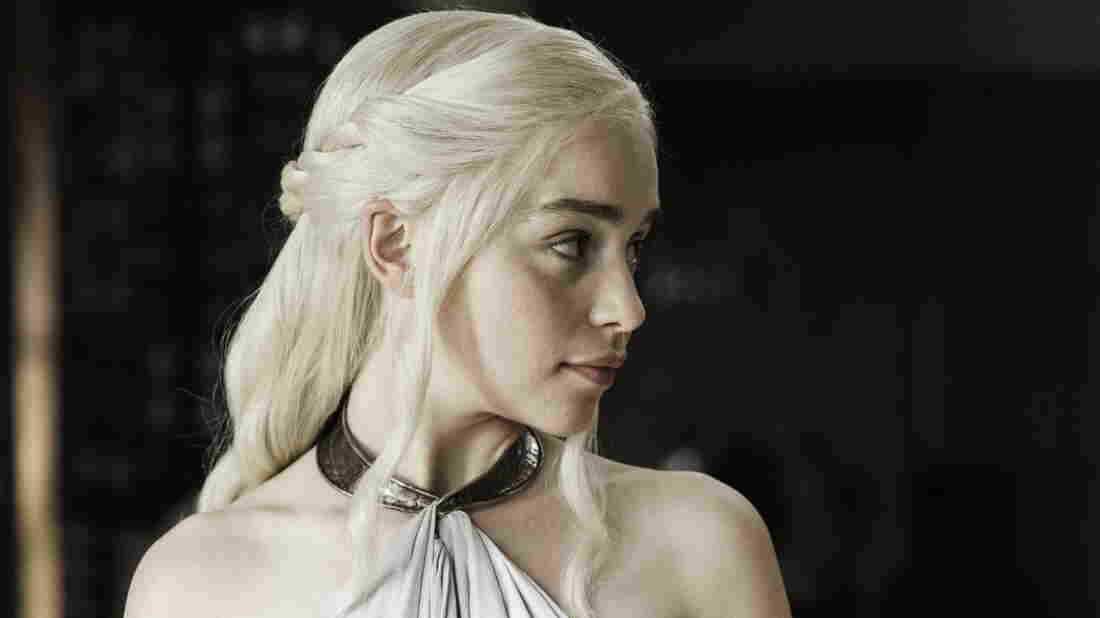 Emilia Clarke as this beautiful blonde lady who may or may not one day be murdered on HBO's Game of Thrones. If she is, Twitter will tell you. Helen Sloan/HBO hide caption 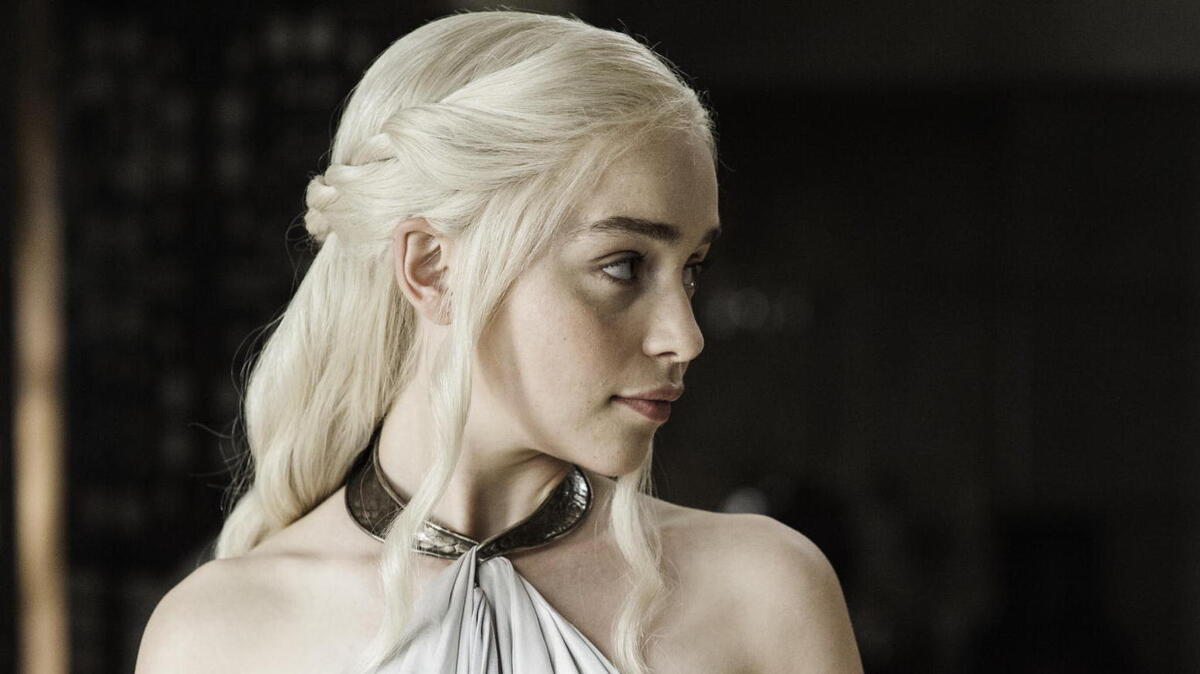 Emilia Clarke as this beautiful blonde lady who may or may not one day be murdered on HBO's Game of Thrones. If she is, Twitter will tell you.

Despite watching a great deal of television — highbrow, lowbrow, middlebrow — I don't watch Game of Thrones. I have never been a fantasy fan, I can't tolerate extensive world-building without nodding off, I don't gravitate toward stories about epic wars, and I'm not particularly drawn by either nudity or innard-splattering. I watched more than half of the first season, I think, but I eventually reached a point in which my brain emphatically said, "This is not going to get better for us."

Thus, I enjoy Game of Thrones — which ended its fourth season Sunday night — the way much of the world does: by watching other people watch it on Twitter.

Of course, in part because of the deep divide between people who have read the books and know some of what's coming and people who haven't, Thronesies (or whatever term they may use) are very careful about spoilers. Under no circumstances do they want to tell you what's happening on the episode they're watching, although you can generally tell, because each of them gives a little piece of the puzzle, much as a series of tweets saying (1) "Holy cow, butter!" (2) "Sugar wut?" (3) "#wherehasalltheflourgone" and (4) "More like chocolate chops, amirite?" might tip you off that somebody is baking cookies. (And maybe doing karate?)

This show in particular, however, has its own language, and once you learn it, it's pretty easy to tell what they're talking about.

"Almost ready for Game of Thrones. I don't know if my heart can take it."

I hope it's not my favorite character who gets murdered.

I can tell somebody is totally about to get murdered.

Somebody is currently being murdered.

That's not at all the person I thought was going to get murdered.

"[profanity] you, Game of Thrones"

My favorite character just got murdered.

Someone just got murdered with a sword.

Someone just got murdered with two swords.

UM [profanity] HBO WHY IS #GOT CRASHING

I borrow HBO Go from my parents.

Someone terrible just got murdered, and I'm doing this ironically, because really, they deserved it.

Someone just got exsanguinated and murdered.

The Easter Bunny just got murdered. Again, I am being ironic.

"For God's sake, don't spoil this for the West Coast!"

Dear West Coast: Something huuuuuuge just happened. (P.S. It was somebody getting murdered.)

"Looking forward to the thinkpieces on this one."

A woman just got murdered and/or murdered someone.

Someone is being murdered, but is not yet dead.

We are in the brief period between murders.