Accessibility links
Elephant Revival On Mountain Stage The band draws on everything from Celtic music to reggae to jazz to hip-hop in crafting its inventive sound. Here, the Coloradans perform songs from last year's These Changing Skies. 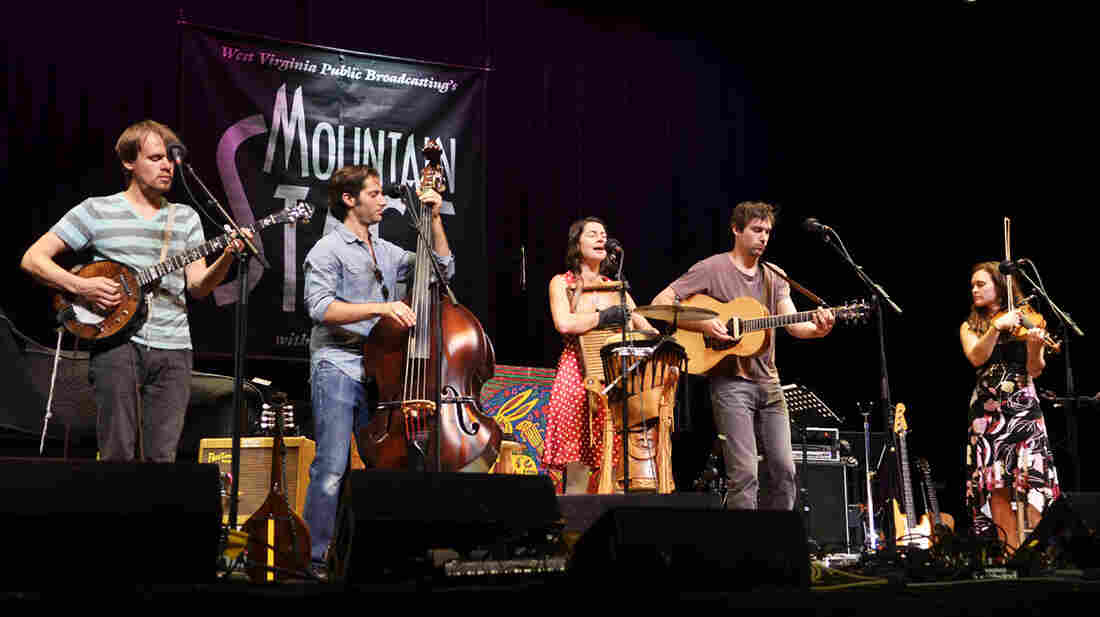 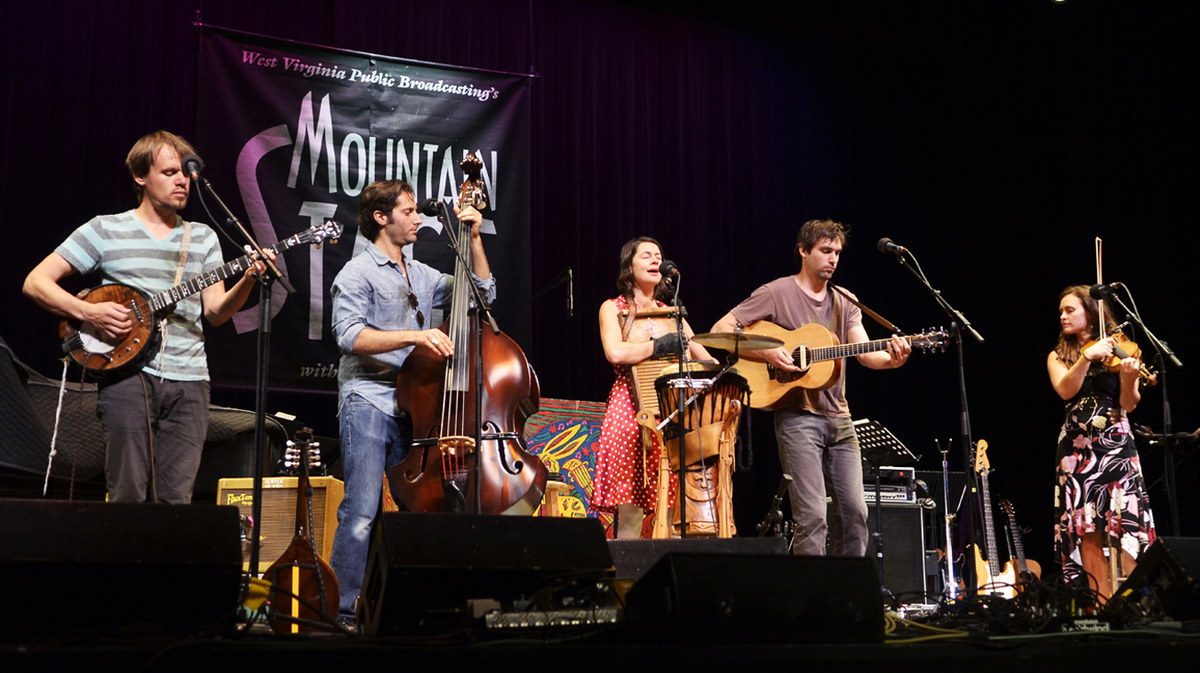 Formed in Colorado nearly 10 years ago, Elephant Revival draws on influences including gypsy, Celtic, Americana, and folk. For those who wonder, Elephant Revival is named after a pair of zoo elephants who, upon being separated after 16 years, died the same day. The band's first proper release, Break in the Clouds, was named Best Album of 2011 by The Indie Acoustic Music Project; their third and most recent is last year's These Changing Skies.

Mountain Stage guest host Tim O'Brien says of the band, "They live the life they sing about in their songs." Dango Rose plays bass and mandolin, along with Sage Cook on banjo and guitar, vocalist and washboard player Bonnie Paine, guitarist Daniel Rodriguez and fiddler Bridget Law.