Accessibility links
Tattletale Saints On Mountain Stage The New Zealand folk musicians met in London and landed in Nashville, where they recorded an album. There, they recorded an award-winning album with producer Tim O'Brien. Hear a four-song concert. 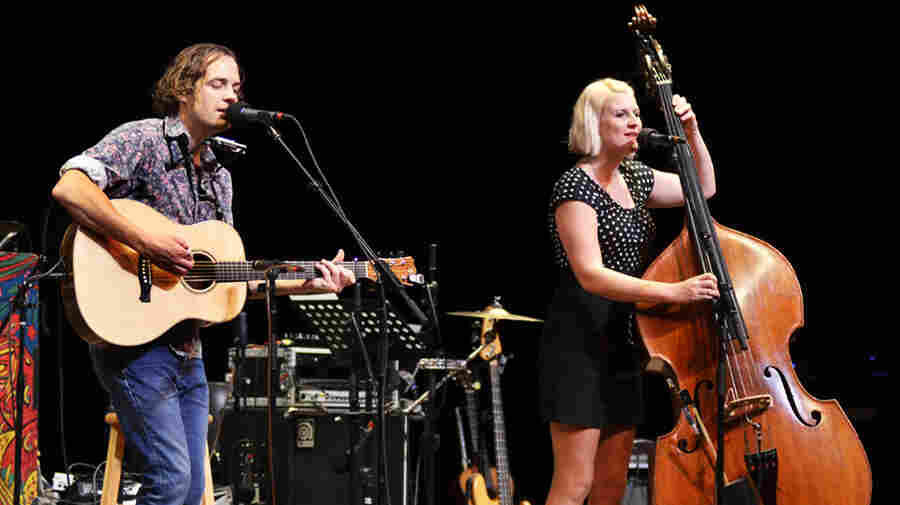 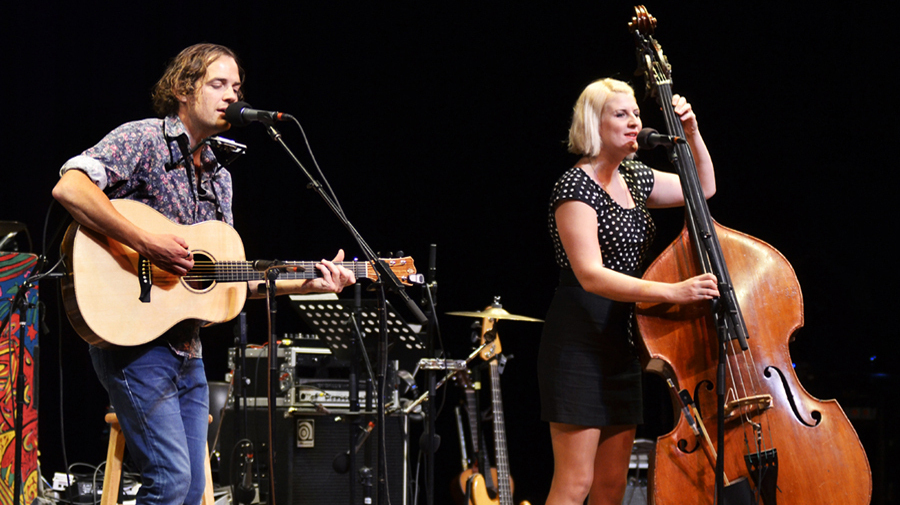 Originally from New Zealand, the band consists of singer-songwriter Cy Winstanley and vocalist and upright bassist Vanessa McGowan. The pair found each other in London, where Winstanley moved in 2004; he spent years busking, writing and playing for everyone who would listen. McGowan arrived via a stop at UNLV, where she pursued a master's degree in jazz bass.

While in London, the two began playing with the group Her Make Believe before finding a new home in Nashville to focus on their own sound. There, Tattletale Saints recorded an album alongside Grammy-winning producer Tim O'Brien — the guest host of this episode of Mountain Stage. The resulting disc, How Red Is the Blood, took home Folk Album of the Year honors at the 2014 New Zealand Music Awards. This set includes "Fell Upon the Fields," which was not heard during the radio broadcast.