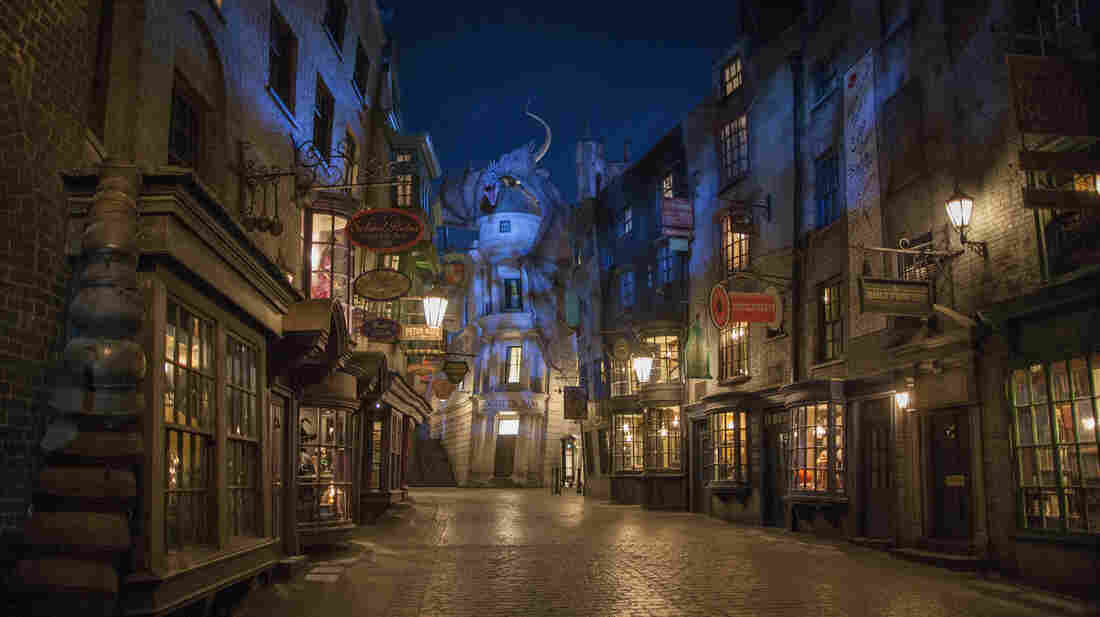 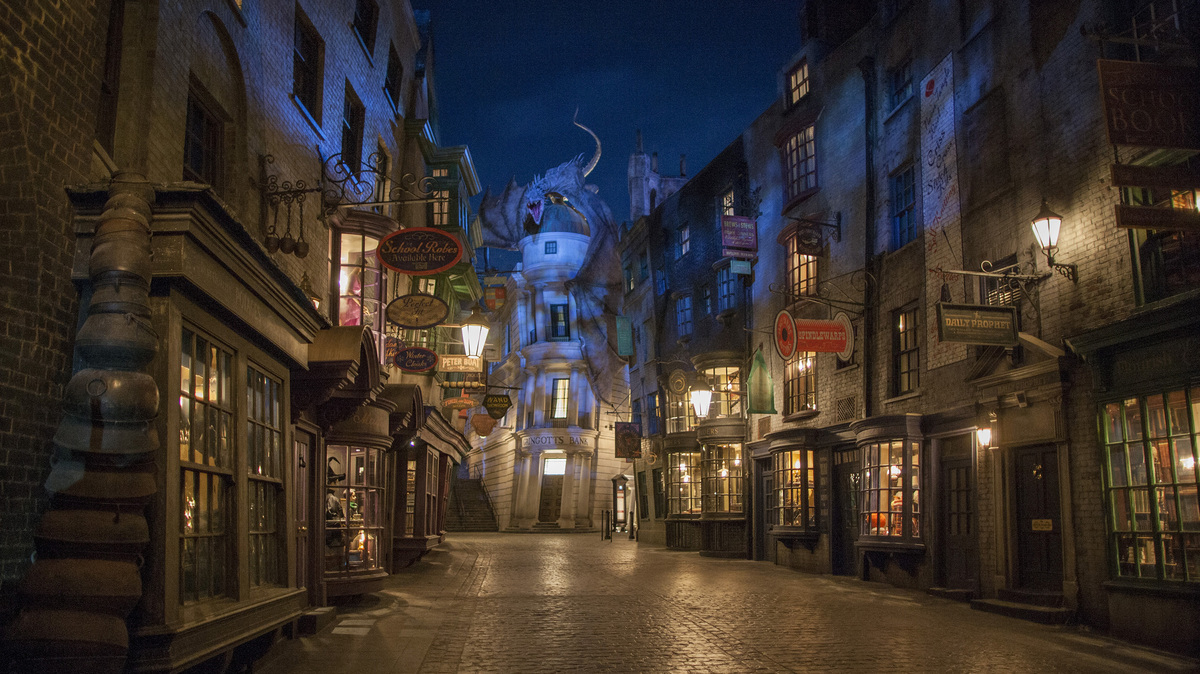 The fire-breathing dragon that helped Harry and his friends escape from the banker goblins sits on top of Gringotts Wizarding Bank in Diagon Alley, Universal Orlando's newest attraction.

Universal Orlando Resort's new Diagon Alley attraction is true to the books — a place where people who love magic can buy anything from wands to butterbeer.

At the end of the street is Gringotts Wizarding Bank, and on top, the fire-breathing dragon that helped Harry and his friends escape from the banker goblins.

The first part of Universal's Wizarding World of Harry Potter, Hogsmeade, opened in 2010 at the Florida amusement park. Since then, park profits have more than doubled and attendance has increased more than 30 percent. Some of that growth can be attributed to the end of the recession, but Universal and industry analysts consider Hogsmeade to be at least part of the draw.

That's why the company is betting big on Diagon Alley, which cost almost twice as much as Hogsmeade to create. Universal would not reveal exact numbers, but analysts estimate its price tag to be around $400 million.

Duncan Dickson, professor of park management at the University of Central Florida's hospitality college, says Universal needs the Harry Potter craze to spur profits and attendance for years to come to recoup its investment. 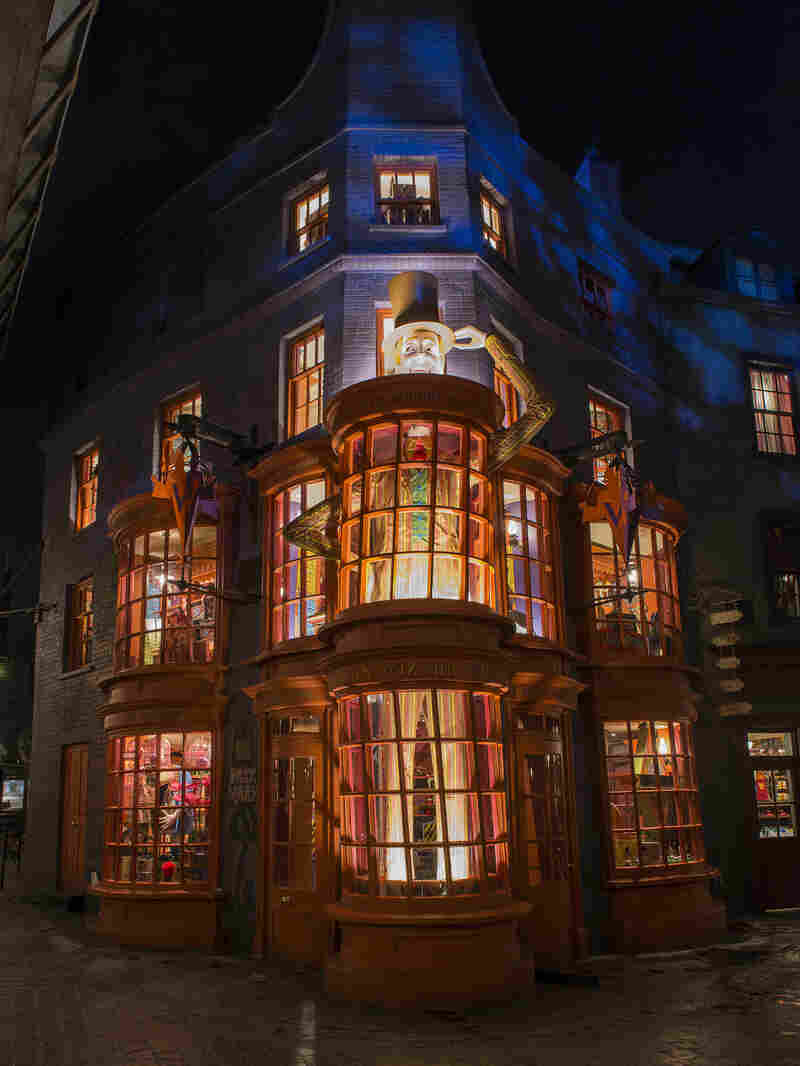 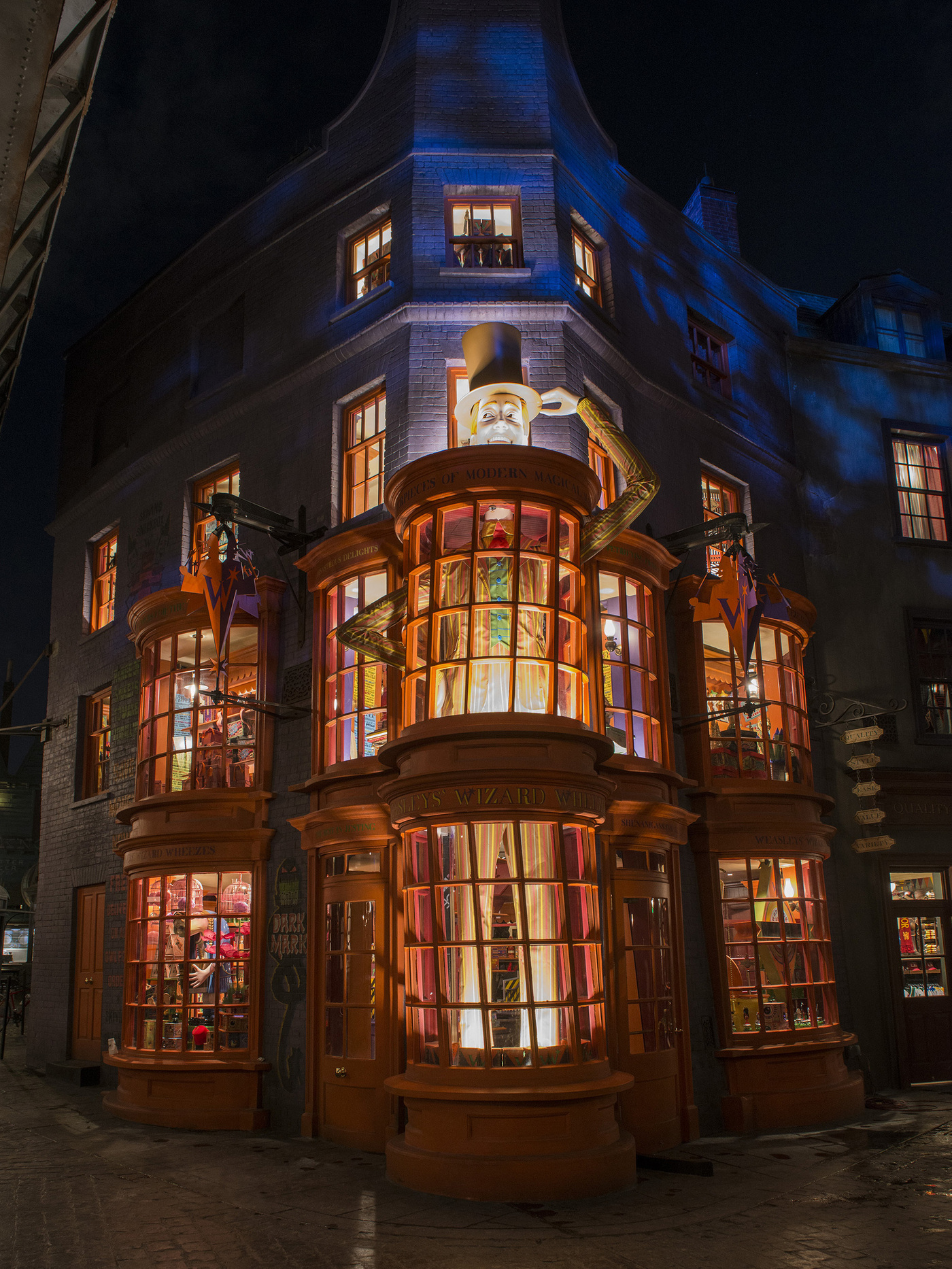 "You have to take a look at how long it's going to last," he says. "Does this story have legs?"

Dickson thinks that it probably does. After all, the Harry Potter books series was a massive global hit. Capitalizing on that enthusiasm, Dickson says, is all about "guestology" — studying what people want, and giving it to them.

Potter fans might not want green candy, Dickson says, but they do want to be part of the Harry Potter story.

They are already doing that at Ollivanders, the wand shop in Hogsmeade. There, a "wand master," an actor in a checkered suit and a tasseled hat, peers down his spectacles at prospective witches and wizards. People wait in line for an hour to hear his personalized wand-purchasing guidance.

Dickson says enthusiasm like that could make Harry Potter the next Star Wars, a franchise that has stayed popular — and profitable — for almost 40 years.

But, Snaith warns, it could end up like Jaws — another record-grossing film series whose popularity quickly rose and then faded. That multimillion-dollar Universal theme park venture closed in 2012, after being open just 22 years.

"It's not a magic spell that they're casting here that's going to give this magnificent, desired result. They're in the real world," he says.

Maybe so, but park executives are betting fans will pay the $136 to see both halves of the Potter world.

"I don't have a crystal ball," says Thierry Coup, senior vice president of Universal Creative. "I can't predict the future, but from what we've seen and the success and popularity of Harry Potter — this is a global phenomenon."

And, according to Erin Pyne, who runs the Orlando Harry Potter fan club and wrote a book about Potter fans, people like her "have made it so personal that they want to live the books."