Accessibility links
Puma's Pink And Blue Cleats Make A Bold Play At The World Cup Soccer players aren't the only ones battling on the pitch: Shoe brands are fighting it out as well. While Adidas and Nike dominate the market, Puma has a sneaky counterattack: mismatched shoes. 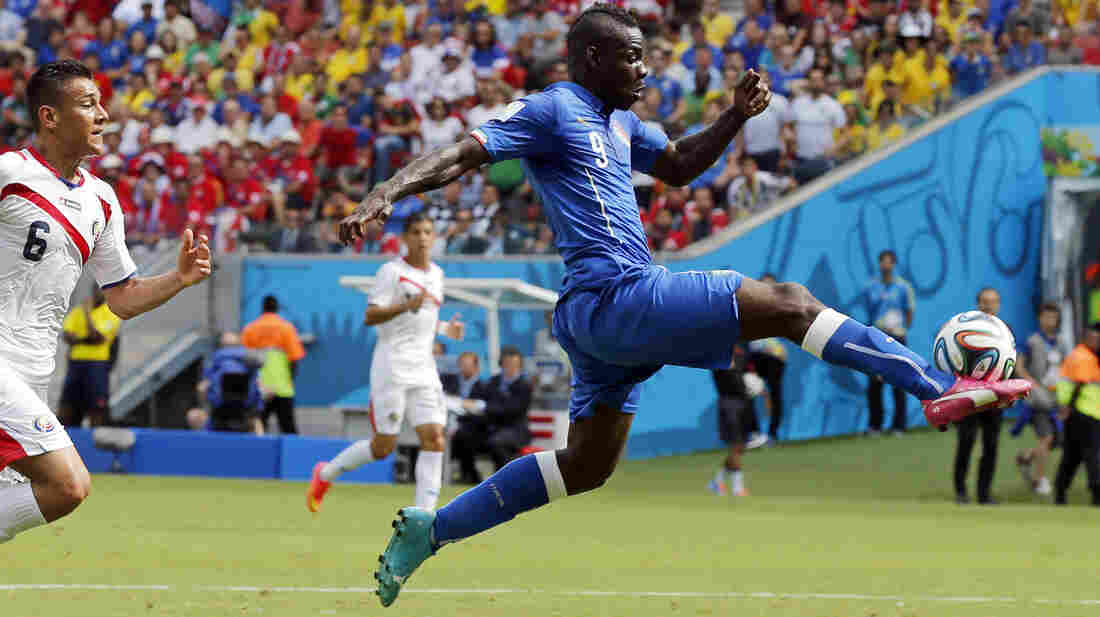 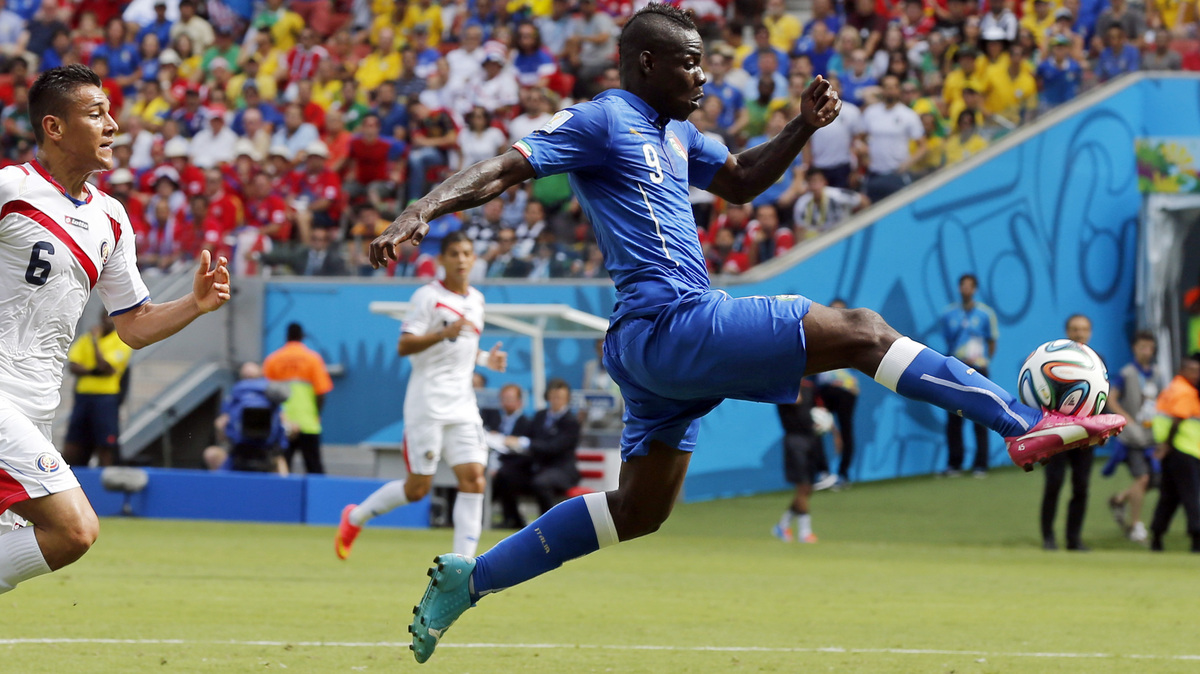 Athletes aren't the only ones battling for supremacy on the World Cup pitch: Shoe brands are fighting for glory, too.

For the most part, it's the fluorescent Nike Vapors versus the Adidas Adizero Battle Pack cleats. But while those brands dominate the soccer market, Kyle Stock of Bloomberg Businessweek says Puma has a counterattack: the mismatched pink and blue soccer cleats called Tricks.

"You see a lot of yellows out there and oranges and reds, but in the blur of the feet, you notice [the Tricks]," Stock tells NPR's Arun Rath.

Some of soccer's biggest players are sporting the blue and pink shoes, like Italy's superstar Mario Balotelli and Yaya Touré from the Ivory Coast. 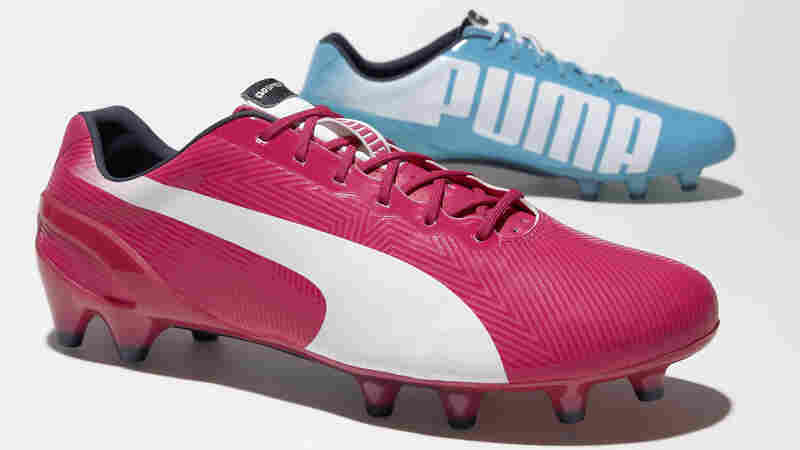 "Right is pink, left is blue" is the new slogan for Puma's line of mismatched cleats. The Tricks are featured at this year's World Cup. Puma hide caption 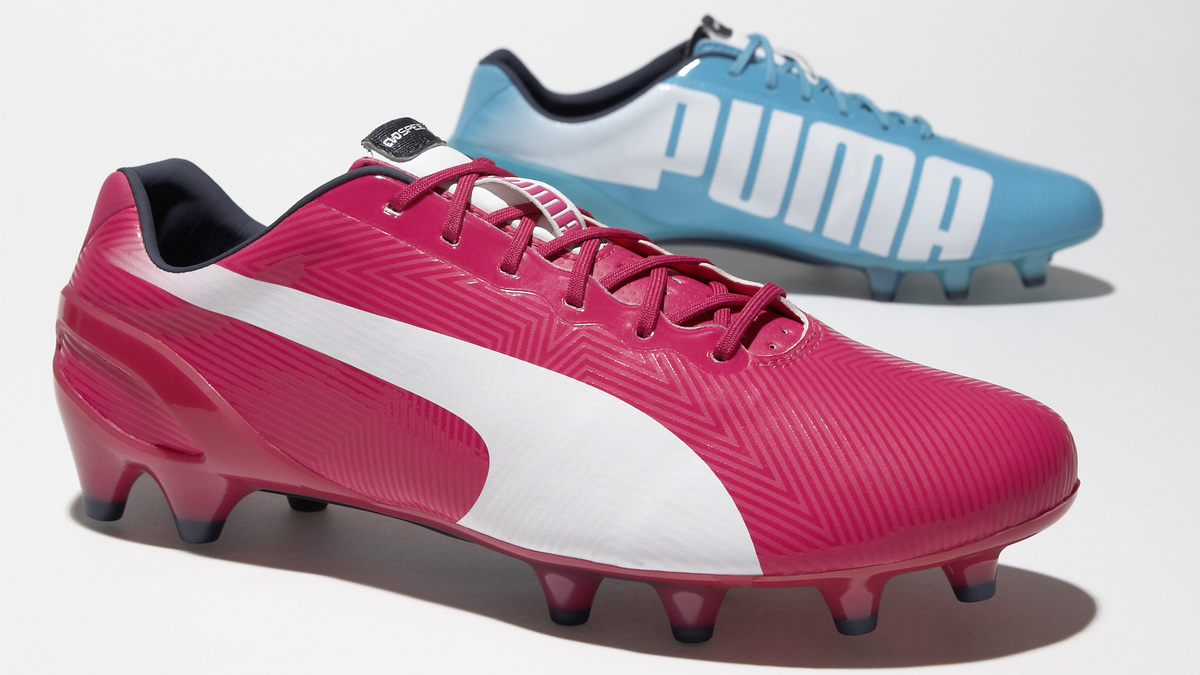 "Right is pink, left is blue" is the new slogan for Puma's line of mismatched cleats. The Tricks are featured at this year's World Cup.

On the advantages of Tricks' mismatched style

I think it's polarizing. But they have these players in the shoes before they're actually on the market, so it's validated from the outset. [Puma is] committed to this zany color scheme — it's the only one they have. So Adidas will make top-of-the-line cleats in a number of different colors and patterns. Puma's just doing the blue and the pink, which from a supply chain perspective makes doing business much easier.

On Puma as the sportswear underdog

Nike does about $25 billion a year in sales. Adidas does about $19 billion. Puma does about $4 billion. And then in terms of soccer, it's widely considered that Nike and Adidas have about 70 percent of the market and then that remaining 30 percent is split between Puma and a bunch of other brands that are in the space.

On how Puma is handling marketing

Puma has said very publicly that if they advertise during the World Cup, they'll get drowned out. So their strategy is to advertise after the World Cup. A lot of that noise dies down and it's a little bit closer to back-to-school season when kids are going to be bugging their parents for a new pair of cleats.

So you will see Puma ads — you probably won't see them, though, until after the World Cup.