Accessibility links
As Carmakers Recall Vehicles, Dealers Might Make A Profit When a company announces that millions of cars have a defect, there's an upside — for dealerships, at least. Car recalls can lead to more profit, and, counterintuitively, to more brand loyalty. 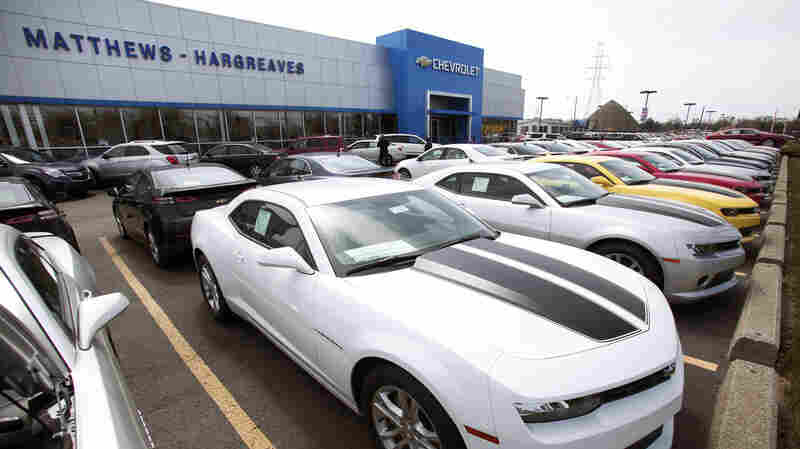 Chevrolet dealerships like this one might actually benefit from General Motors' recall of millions of cars — as long as customers don't have to wait too long for their repairs. Bill Pugliano/Getty Images hide caption 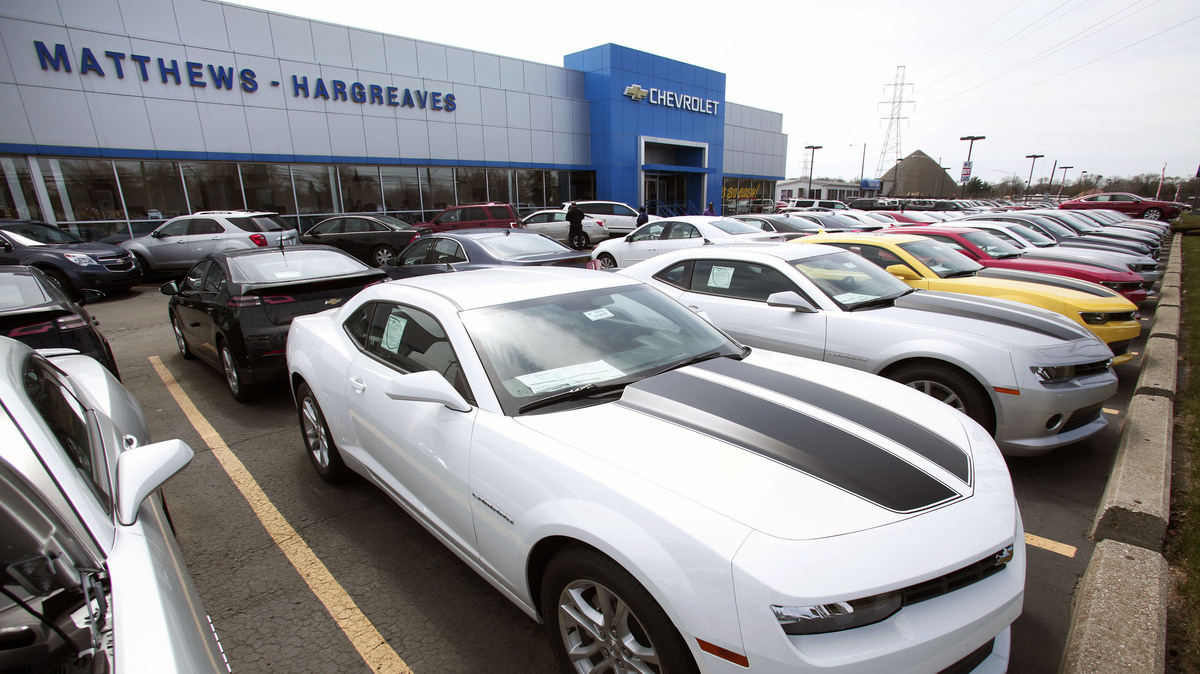 Chevrolet dealerships like this one might actually benefit from General Motors' recall of millions of cars — as long as customers don't have to wait too long for their repairs.

The auto industry is cruising toward a record number of safety recalls: GM has recalled 20 million vehicles in the first six months of this year, and most carmakers have lowered the bar for the kind of problems that'll have them sending you back to your local dealers.

But while that sounds like bad news, it turns out that recalls can have an upside — at least for car dealers.

Michelle Krebs, a senior analyst at AutoTrader.com, explains that dealerships can actually make money when carmakers discover defects. The reason? Customers have to take their cars into a dealership to get the problems fixed.

"It's another touch point with customers, so they get to have them come back in. They're reimbursed by the automaker, so there's no money going out," Krebs says of those dealers. "And with customers, they may be able to suggest they do an oil change, suggest some other maintenance things, that may actually make them more money."

Selling maintenance to customers is a really big thing for dealers because their profit really comes from selling parts and services more than selling new cars.

Furthermore, Krebs' company has surveyed customers, and more than half say a recall makes them think more favorably about the brands. That might sound sort of weird, but she gives two examples:

"Back when Toyota created Lexus, its luxury division, and when General Motors formed Saturn, both of those companies had recalls in the very early days," she says. "But they handled it so perfectly that it actually helped their brand loyalty and their reputation for taking care of the customer."

As Carmakers Turn Up The Recalls, Consumers Tune Out

But General Motors' recent recalls have been hampered by the slow pace of the repairs, according to dealer Bill Fox.

Fox is one of the few dealers who's been willing to talk about those recalls — the ones caused by the faulty ignition switch that GM didn't tell the public about for more than a decade. Thirteen deaths have been linked to the problem, as well as a lot of bad press — but strikingly, GM stock prices and car sales haven't been hurt yet.

He says the problem with the GM recall is that less than 10 percent of the cars have been fixed. There's a backlog because of a shortage of parts; GM is offering incentives to dealers and their workers to help speed up the process and get the job done.

Fox says dealers may benefit when there's a recall — but no one profits if customers have to wait too long.

And that's GM's real test for the summer.