Accessibility links
The WNBA Televises Its Pride With LGBT Campaign The WNBA launched its Pride initiative on Sunday, officially embracing the LGBT community. In addition to supporting its gay players and fans, the league stands to make some money off the move. 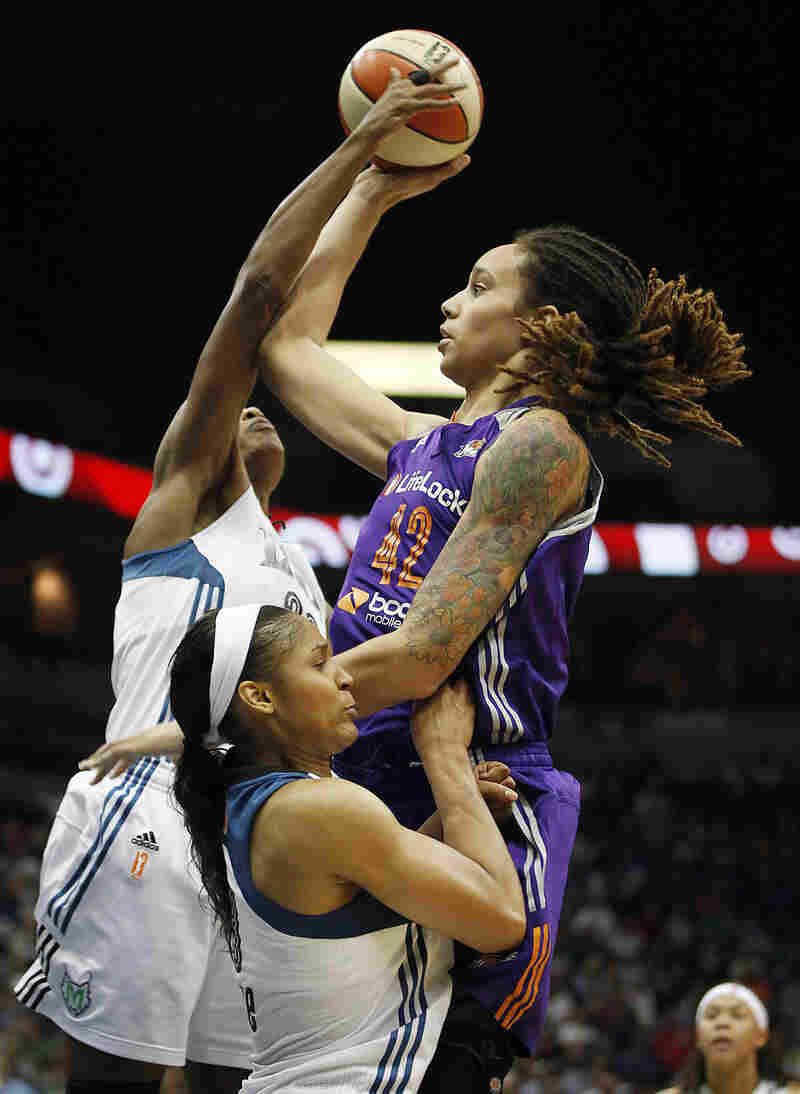 Phoenix Mercury center Brittney Griner (No. 42) is among the WNBA players participating in the league's effort to embrace the LGBT community. Stacy Bengs/AP hide caption 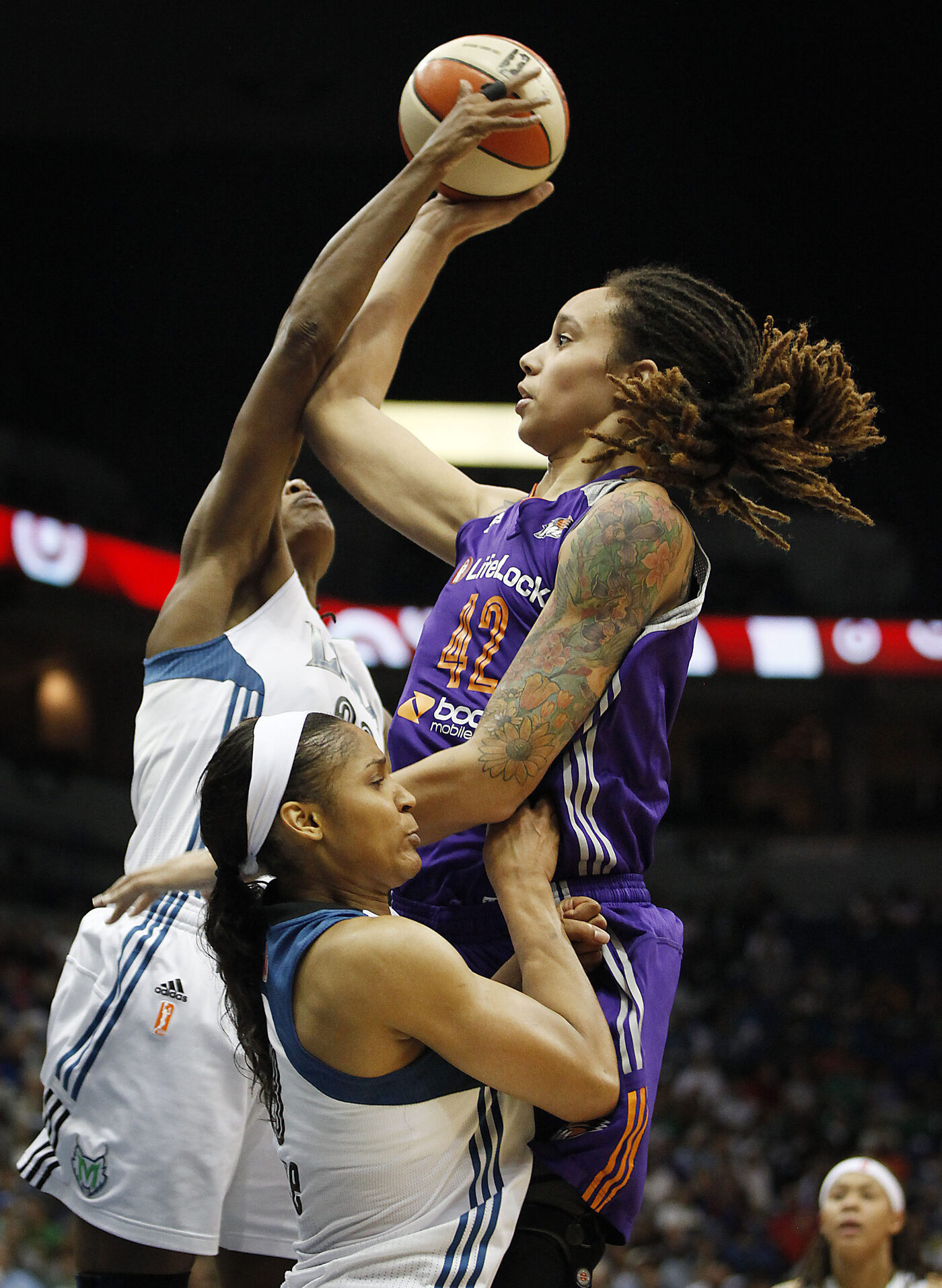 Phoenix Mercury center Brittney Griner (No. 42) is among the WNBA players participating in the league's effort to embrace the LGBT community.

Sunday's nationally televised WNBA game between the Tulsa Shock and Chicago Sky was more than just two teams playing basketball. It was billed as the league's first national Pride Game, and it is part of a bigger initiative by the WNBA to embrace the LGBT community.

For the first time in its 18 years of existence, the league addressed the issue of equality and tolerance during a televised game.

League president Laurel Richie says some players who are open and active in the gay community will be a big part of WNBA Pride — "whether that's telling their story or doing some outreach or doing PSAs with some of the organizations that look to put an end to bullying."

Griner, who stands 6-foot-8 and plays for the Phoenix Mercury, came out last year shortly after being drafted. A talent unseen before in the league, Griner routinely dunks in a game. She's also lending her voice to fighting homophobia in sports.

For years the WNBA tiptoed around acknowledging its lesbian fans, says Joe Perez of SportsBusiness Daily. The bottom line now, he says, is that the WNBA has no choice but to endorse popular players like Griner.

"I don't think you can say as a league in good conscience and intend to be respected by the consumer ... [that] we have this marquee name, we have this talent, we're going to promote her, but what we don't want anything to do with her lifestyle. I think that's a very slippery slope," he says.

"It's smart. It is an amazing business decision," she says.

English says the marketing attached to WNBA Pride, which is sponsored by cosmetic giant CoverGirl, is also bringing in money.

League president Richie maintains that the WNBA Pride is much more than the dollars and cents. But Perez of SportsBusiness Daily says revenue is still a factor.

"What's the overriding purpose on any marketing campaign? It's to bring attention and vis-a-vis the money that comes with that attention," he says. "So if the WNBA says their intentions are altruistic ... they're lying to you."

Atlanta's WNBA team recently celebrated its own pride night. The team honored health care advocate Linda Ellis for her work within the lesbian, gay, bisexual and transgender community. She says the WNBA acknowledging its LGBT audience is a win for both.

"The thing for me that is most important is that we've got huge numbers of young women in our community who struggled to feel good about themselves and who idolized these players," Ellis says.

"I'll be honest — I was one of the people that was struggling. I just came out to my parents very recently," she says. "So it's definitely places like this that make it easier, 'cause you see that athletes you know are comfortable, and they're on the big screen, so why not be comfortable with yourself?"