Accessibility links
After Decades On VHS, Graffiti's Golden Age Returns To Big Screen Stations of the Elevated was the first film to point a camera at the graffiti movement in New York, years before graffiti was recognized by the art world. Now, it's getting an official re-release. 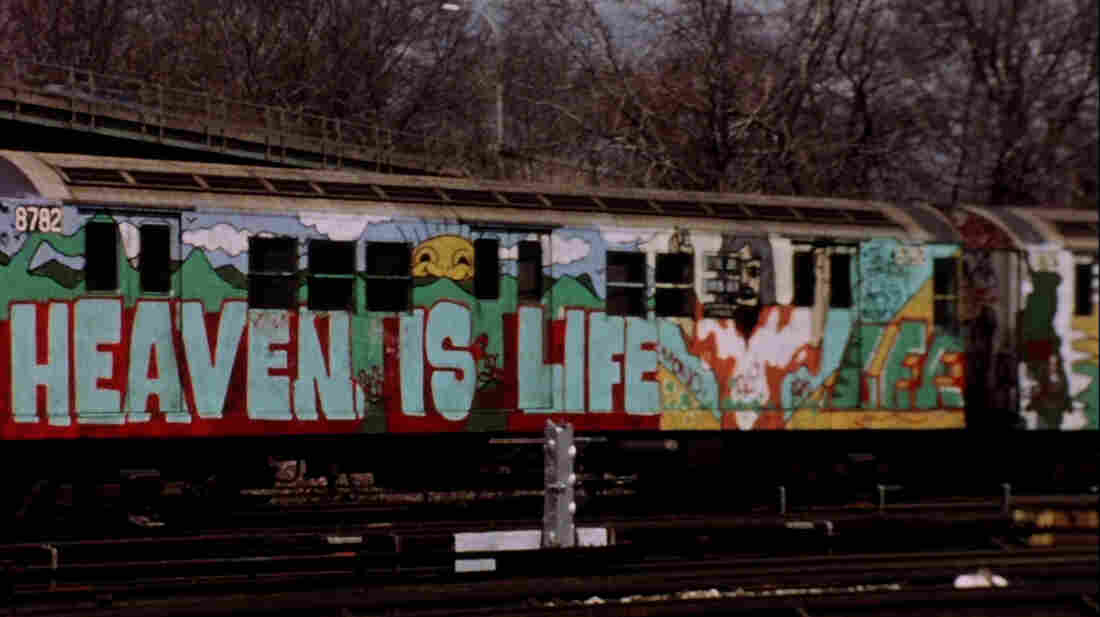 The 1981 film Stations of the Elevated follows graffiti-covered trains in New York City. The film is being reissued in New York this week and the rest of the country this fall. Artists Public Domain hide caption 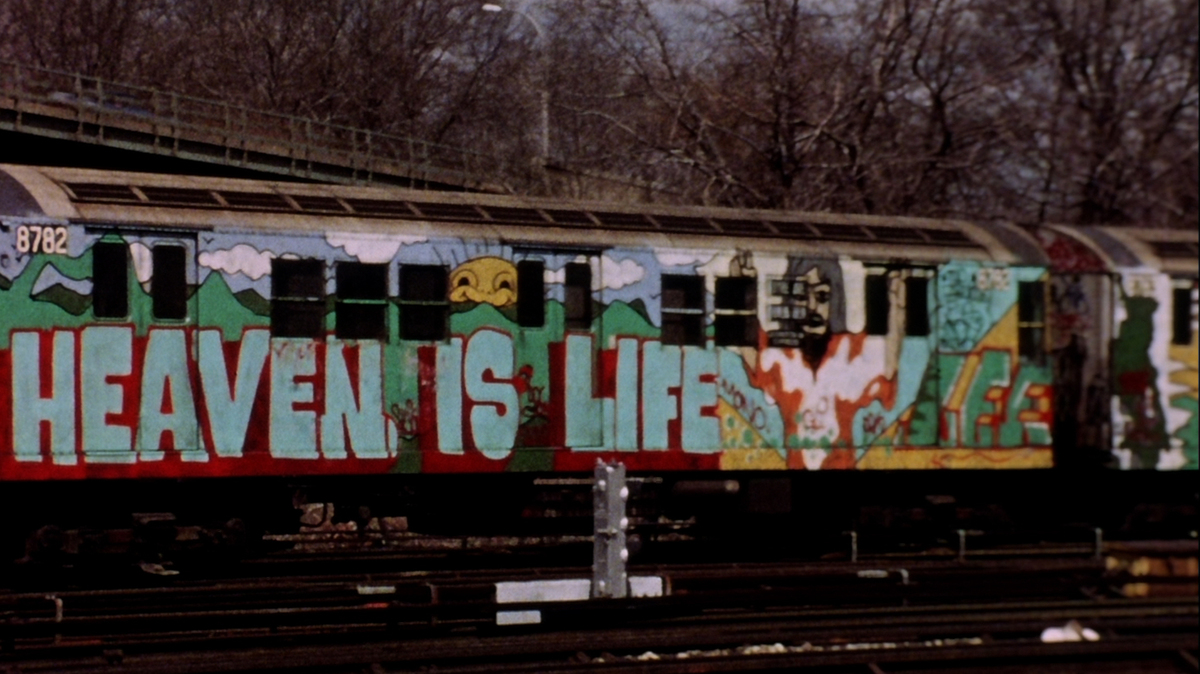 The 1981 film Stations of the Elevated follows graffiti-covered trains in New York City. The film is being reissued in New York this week and the rest of the country this fall.

The first film to point a camera at the graffiti movement in New York City was Stations of the Elevated, which debuted at the New York Film Festival in 1981.

The film hasn't been seen much since, except by generations of graffiti fans and writers who watched it on VHS tapes. Now it's being re-released on the big screen, with a showing Friday at the Brooklyn Academy of Music. It will hit screens around the country this fall.

Stations of the Elevated is not a documentary in the usual sense. It's only 45 minutes long; there's no narrative and hardly any dialogue. The camera follows subway cars painted from top to bottom with vibrant graffiti compositions over a soundtrack of jazz by Charles Mingus.

One critic compared Stations to a nature film, in which director Manny Kirchheimer stalks graffiti-covered subway cars in their native habitat.

"He went big-game hunting, and he caught the big game, you know?" says graffiti writer Lee Quinones, whose work is featured prominently in the film. He says there have been other movies about the art movement, including Style Wars, but those came later.

"This is the first film of its kind that captured a beautiful golden age where a lot of these cars were being painted, and that urgency," he says. "He was able to capture that, and way before the established art world even got a pulse that this was going on underneath their feet."

Kirchheimer is not the guy you would expect to make a movie about graffiti. He was born in Germany and fled to New York with his parents in 1936. He was in his late 40s when he shot Stations of the Elevated in 1977. He didn't know anyone who wrote graffiti, and he'd never given it much thought.

"As a matter of fact, there was a great deal of graffiti around that I didn't pay much attention to," Kirchheimer says.

Then he found himself driving up to the Bronx early in the morning, and he saw the trains running overhead.

"They would come by and it would be screaming full of colors — just gorgeous," he says. "The smart thing I did was shoot it all outdoors. Most of the lines are indoors, and the way most people see these paintings was indoors. Doing it outdoors gave a whole other perspective."

It was a grittier time in New York's history, when the city could barely afford to clean subway cars, inside or out. Most straphangers considered graffiti writers a nuisance, or worse. But Kirchheimer was focused on "elevating" their work, as the title of the film suggests.

"The genre, if there is one, is one that goes back to the beginning of cinema. That's the city symphony," says Jake Perlin, who is reissuing Stations of the Elevated through his company, Artists Public Domain.

He says Kirchheimer also asked a profound moral question: "How does this artwork that was deemed illegal coexist in a city with advertising that is deemed legal [and] that is possibly more offensive?"

Stations of the Elevated contrasts the painted subway cars with outdoor advertising on billboards — giant images of cigarettes, alcohol and semi-nude women. Artist Quinones says the film captures something essential about a moment in the history of the graffiti movement, and of New York City, which is long gone.

"There's something really magical about when you see a train coming around a curve with a beautiful painting on it, and that painting is moving in more ways than that train is actually moving," Quinones says. "It's in and out, all over the place. And it's mind-boggling. And that film captures that. It's something majestic that I can't even explain completely."